The Garden in March

The first day of spring arrived here yesterday, and I was out in the garden for several hours after lunch clearing out last year's dead plant stalks, which we leave standing for the birds.  We actually have our second flowers out, the Pasque Flowers, just in time for Easter. 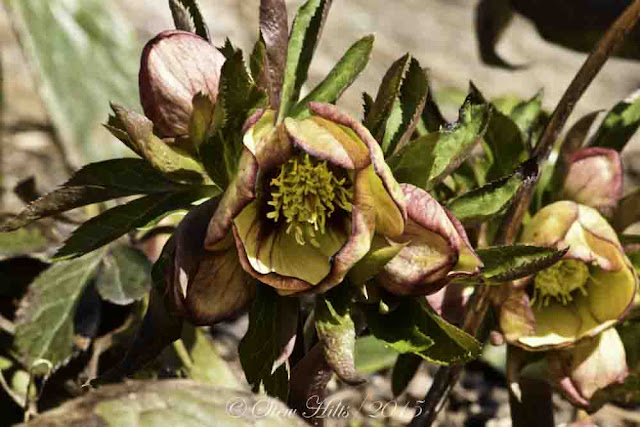 The Pasque Flowers seem to be spreading; there are a lot more blooms to come, and they'll survive even when they get covered in snow. 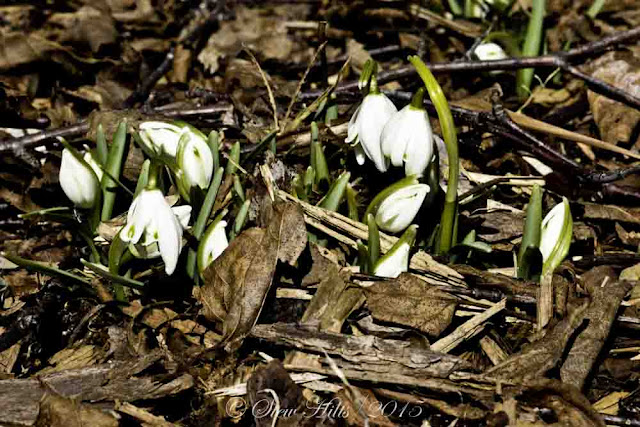 There's another patch of Snowdrops just emerging from the leaves; they were our first blooming flowers this year. 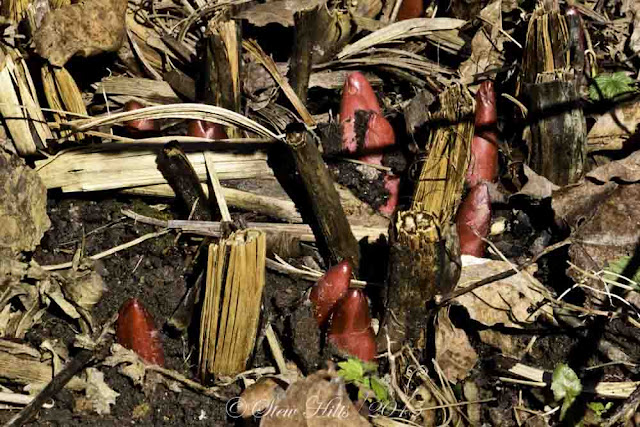 It will be a long time until the Peonies bloom, but they're fast emerging in the flower garden. 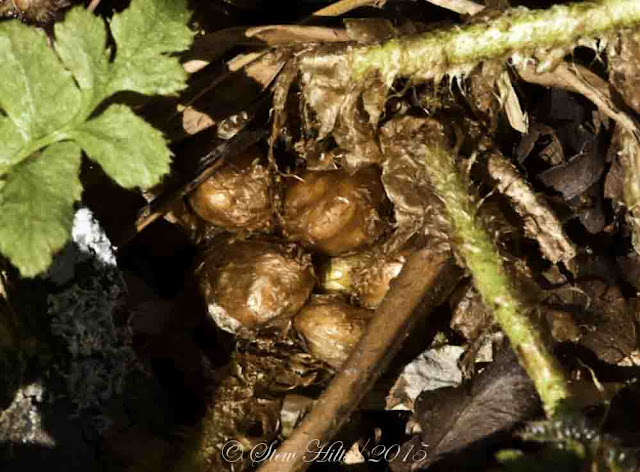 And in the wilder part of the garden, there's a tiny circle of closed fiddleheads at the base of the Christmas Fern, just waiting to unfurl. 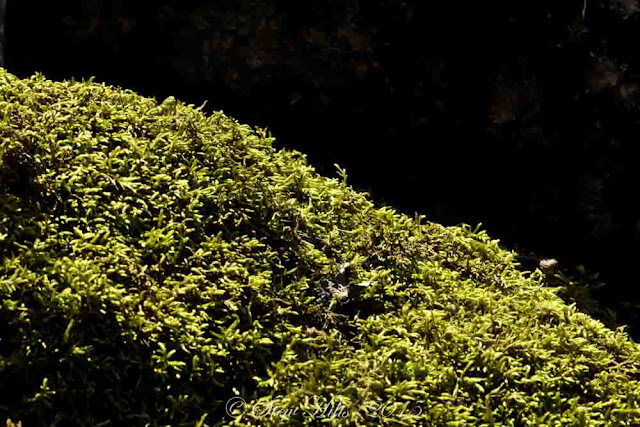 Even the moss on the boulders in the fencerow was bright green yesterday, shining in the afternoon sun. 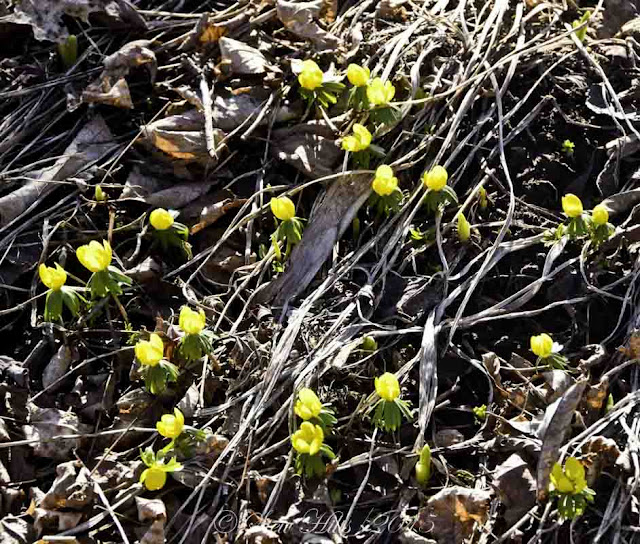 I had to go over to a neighbour's place to see these Aconites, but there's a small patch I watch for every year.  They're feeling a little chilly today, and with slightly warmer temperatures will be fully open. 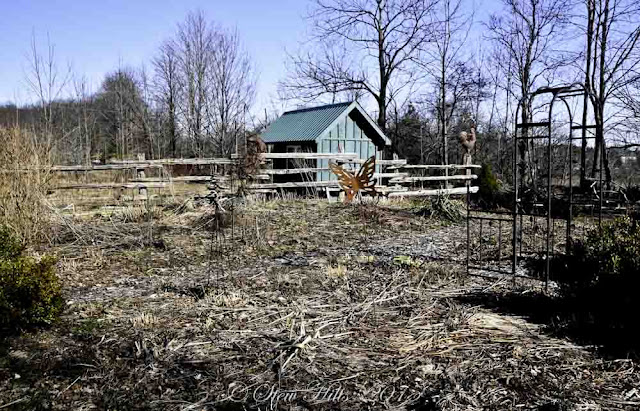 In spite of those little bits of spring's promise, the garden as a whole is pretty dull these days.  It's just dull brown.  I've cleaned the standing stalks of last years flowers off here, but still not raked up those lying on the ground.  But soon this will be bright patches of green emerging to look like a real garden.

The afternoon sky was just so beautifully blue I tried another panorama shot with my iphone.  I like the appearance of these, capturing what we really see out back.  The garden is in the lower right.

But this is the same view this morning.  We woke to an inch of two of fresh snow, another typical March view of the garden!  And a good deal more is forecast for Wed. and Thurs. this week.  I'll let you know if we survive!