With a week of warm temperatures, not even dropping below freezing at night, the spring melt is well underway.  It has happened very quickly this year, and I expect that by Friday our snow will be almost gone.  All kinds of little streams that don't flow, or hardly flow the rest of the year are charging along full of water at the moment. 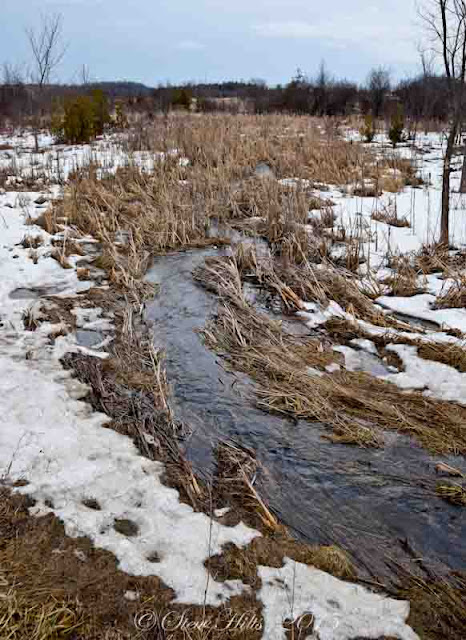 So I drove down the road a mile or two, just to get pictures of this very brief seasonal event.  It's like a separate short season of its own, but it may only last a week or two.  This is one of three small streams that flow together to create Lower Wodehouse Creek. 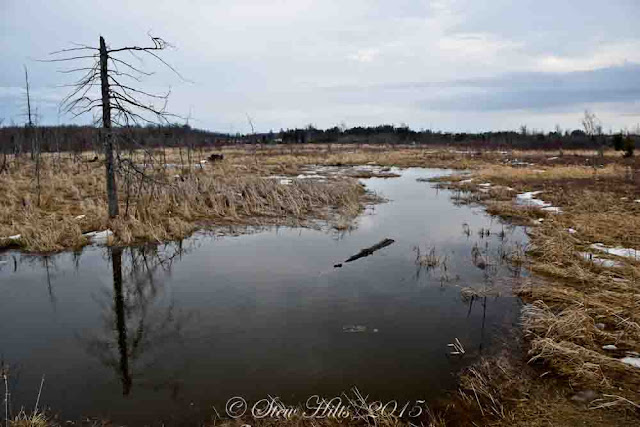 This is the second stream, normally much smaller than this, though this one does have water flowing all year round.  You can see the big wetland where they converge in the background. 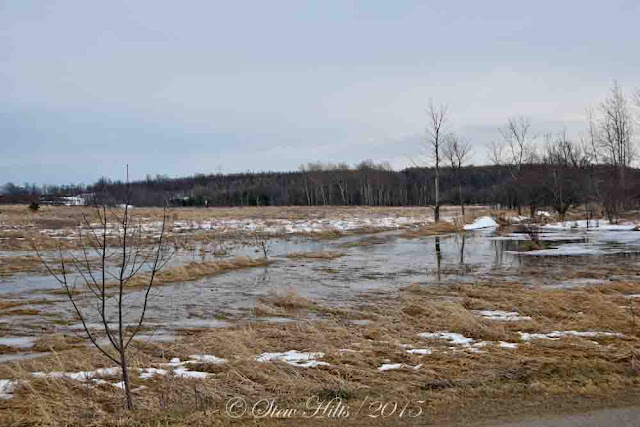 And this is the third stream feeding the creek, normally an almost dry ditch, but now overflowing to create a small pond.  Between these three streams, there's enough water in the creek that it's overwhelming the small sinkholes at the ski club, and creating that ephemeral waterfall I've written about recently. 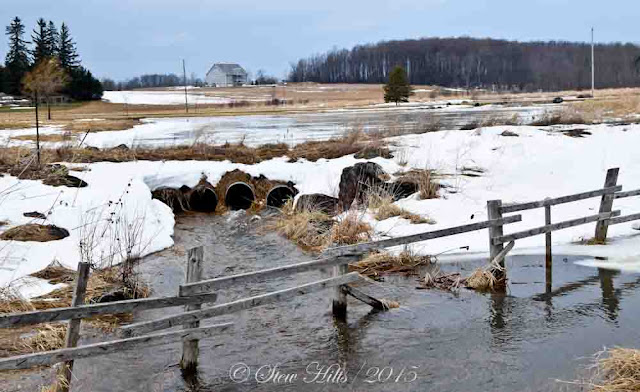 Across the road, that stream flows out of two large ponds, usually with just a trickle of water, but at the moment the water is really charging through these culverts. 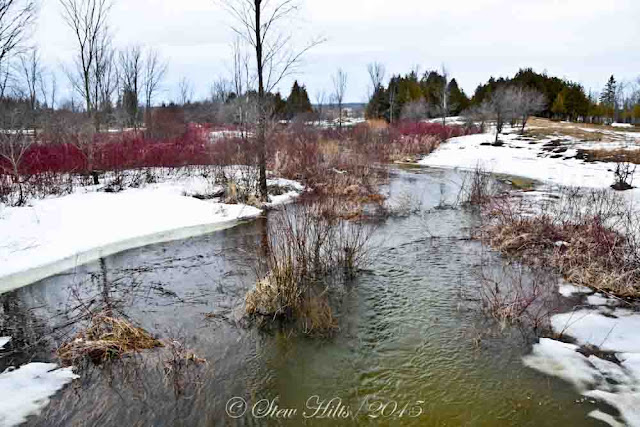 The main Wodehouse Creek itself is also flooded, though not as high as it gets most years, since we have such limited snow cover.  But it's much bigger than the normal tiny stream here. 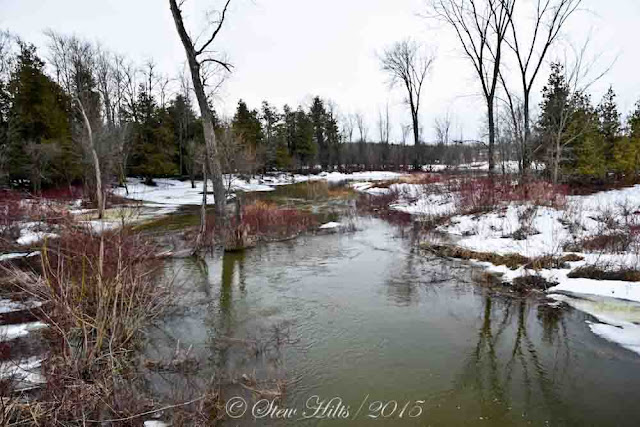 This is where we've put in our canoes the past two years to paddle down over the flooded karst, but this year the water isn't yet high enough to allow for that - and may not get much higher.  In any case, the partially flooded karst itself is still choked with ice floes.  I walked in to see it later today, but that will have to wait for another post. 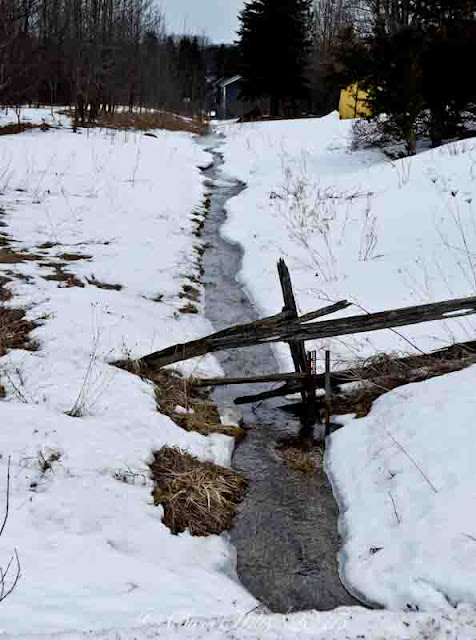 Even right here in our own subdivision the normally dry roadside ditches currently have a stream of water charging along.  This will be dry in just a few weeks or less.

As I try to keep track of all the major changes over the seasons (this is supposed to be a blog about the seasons after all), the brief fast runoff in all these little streams always strikes me as an important event marking a big change in the year.  It won't last long, but it marks the change from winter to spring more than anything else for me. 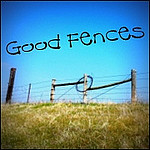