Up in Meaford the other day I had time to go down to the shoreline in three different spots and get some photos of the beautiful skies over Georgian Bay - a day or two before the freezing rain and ice storm that we have now blew in!

I stopped at Memorial Park first, where you can get right down on the beach.  A strong north wind had the waves rolling in constantly off the bay.

These two panorama pictures seem to capture what my human eye sees more realistically than a regular camera view.  We have such an ability to see both the wide-open view and to focus in on details with our vision. 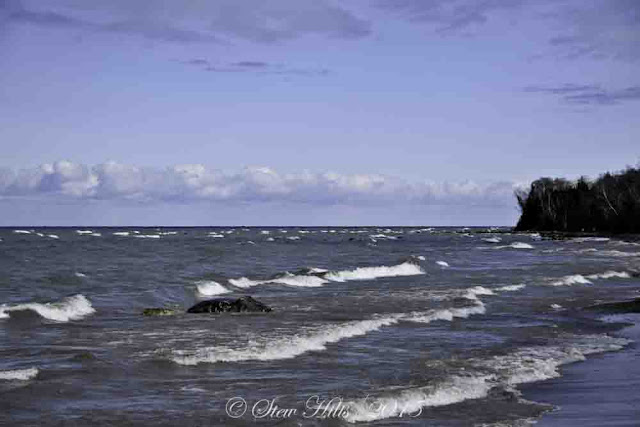 A slight zoomed in view shows up the waves better.  The distant clouds reminded me of a distant mountain range. 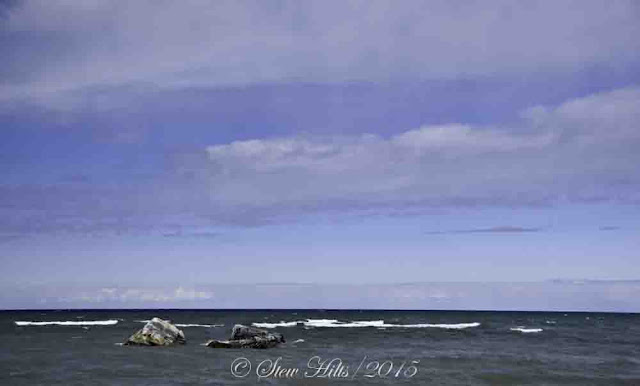 And looking straight out into the bay you might be seeing 100 miles across to the north shore! 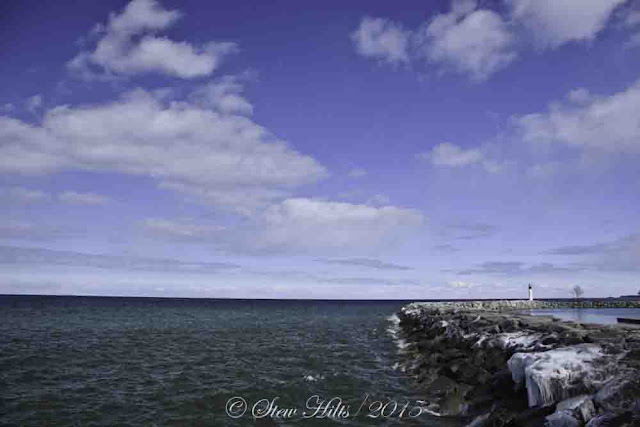 I stopped at the main harbour too, and walked out in the cold wind to get a shot of our tiny harbour light and breakwall. 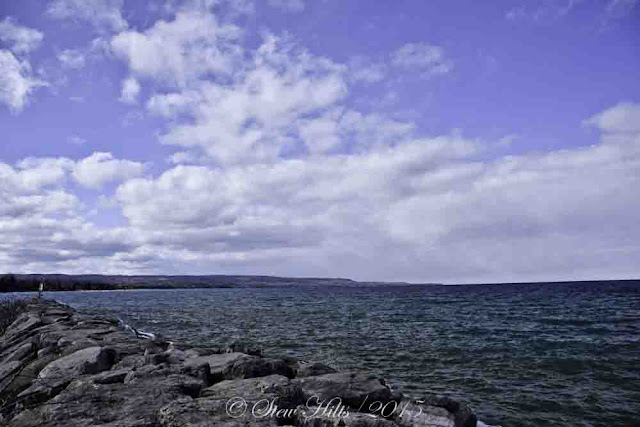 And the view west to Bayview Escarpment and the Land Forces Central Area Training Base (otherwise known as the Tank Range). 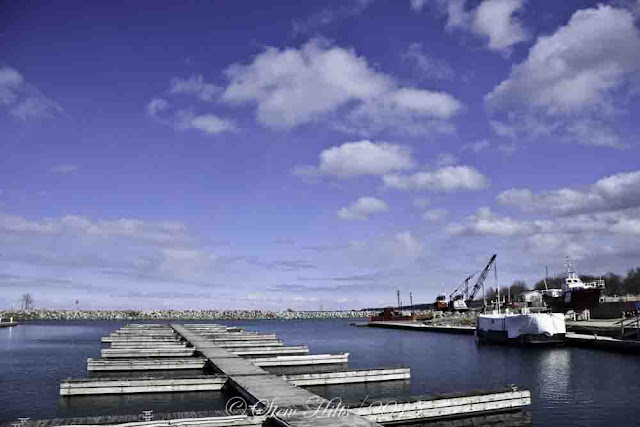 The harbour itself is still totally quiet, one fishing tug in the water, and the two Coast Guard ships still up on land for the winter.  All in all a chilly but scenic day on the bay.

As for today, it wasn't scenic at all!  After yesterday's forecast storm and heavy snow that never arrived, it did finally snow an inch or so overnight.  And then the rain started.  It just formed a crust over the snow, so that wasn't bad, and I was out to take the mutt for her semi-annual grooming in the morning.  But it has continued to rain all day, and the temperature has remained below freezing - the result is ice.  So now the ice is accumulating on the twigs and branches, though so far not to any serious extend.  We'll see how much it continues overnight and what the ice looks like in the morning.  Further south it was apparently much worse - perhaps because commuters don't expect to have to slow down for something like this! 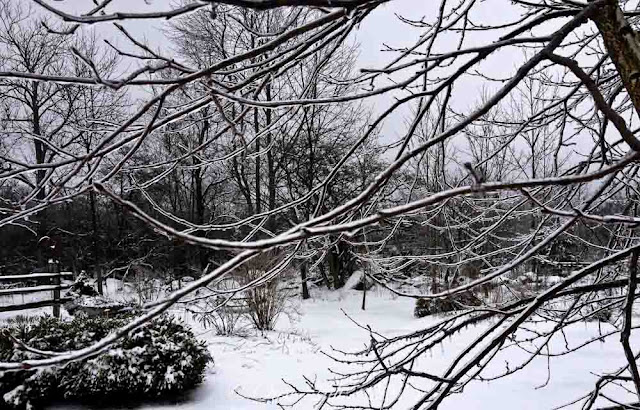