McGowan Falls is both a milldam and a drop over a rocky ledge on the Saugeen River, just as it flows into the town of Durham about half an hour west of the valley.  We passed by on a longer drive and stopped for a few minutes; the falls was really roaring!

With the milldam included, the falls is quite wide, so I tried a panoramic shot with my iphone.  I'm quite pleased with how it captured the entire scene. 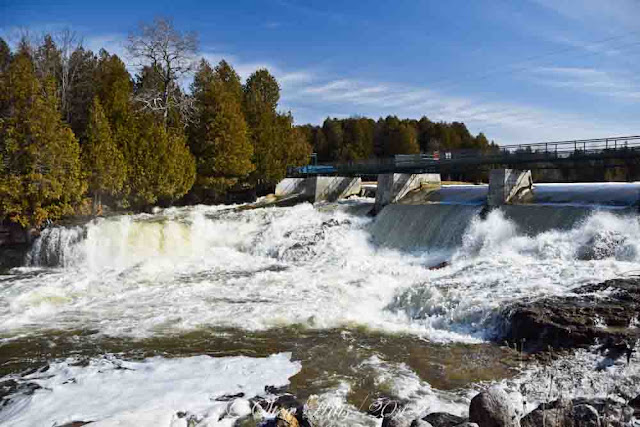 I haven't been here before during the high spring runoff, so I've never seen it with this much water flowing.  I really must get some different seasonal shots of all these waterfalls to show you the difference. 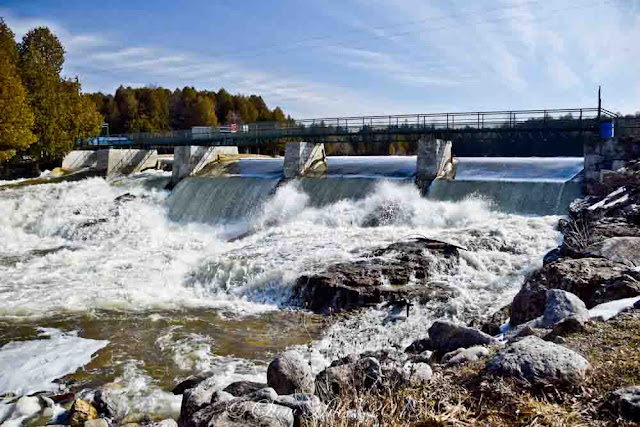 Looking a bit to the right, I captured the milldam itself, and the water was just thundering over the dam; usually it's just a trickle here, with the main flow through the channel on the left over the rocks. 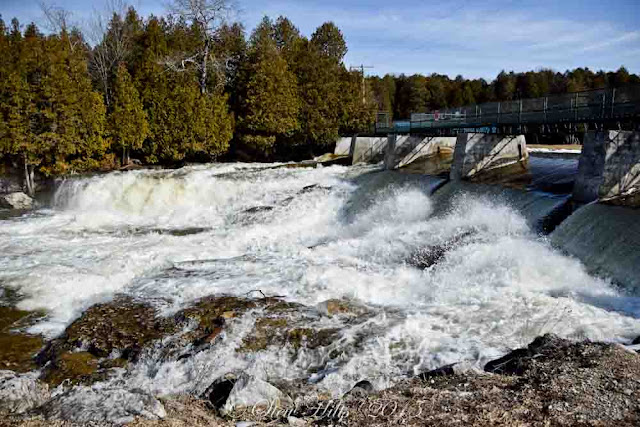 In the bright sun I could expose these at a very fast speed, only 1/4000th of a second, so I did virtually 'stop' the water. 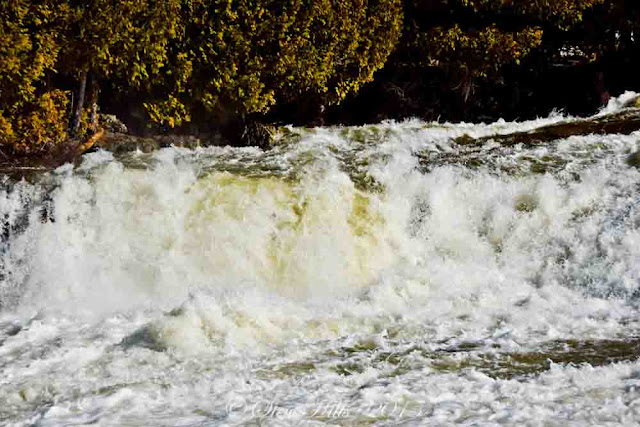 An interesting closer shot - hard to avoid the whites getting washed out a little with part of the picture so dark. 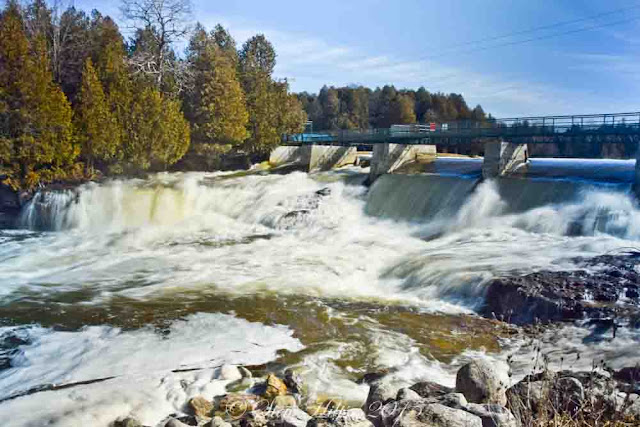 I did try one slow exposure, this one at 1/8th of a second, giving quite a different appearance.

And today I'm trying a video; seems to work on my desktop, but not on my ipad.  No idea how it will work for you, but would appreciate comments either way!