On one of those trips to Owen Sound this winter, I took my camera, and stopped in Walters Falls to get a few shots.  The falls itself is the site of an old sawmill which burned in 1984, but the mill was rebuilt nearby and is still in operation as the Hallman Lumber Co..  There's also a fascinating old water-powered gristmill still in operation in the village, just upstream of the millpond at the falls. 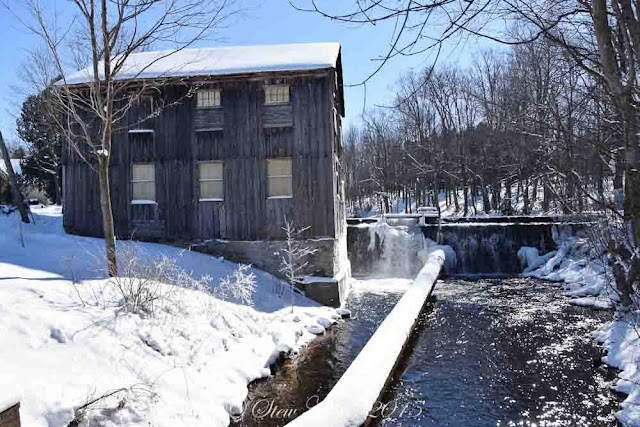 This is an old building of the original sawmill still standing, beside the millpond.  The gristmill operates at a second millpond upstream, so there are two mills and two millponds in the village. 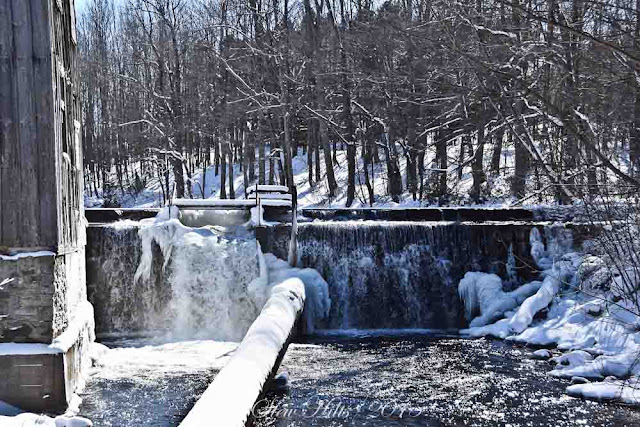 The water pours over the entire mill dam, but there's a sluice gate in the middle which takes most of the flow and controls the level.  The millrace pipe is cut off and no longer carries water. 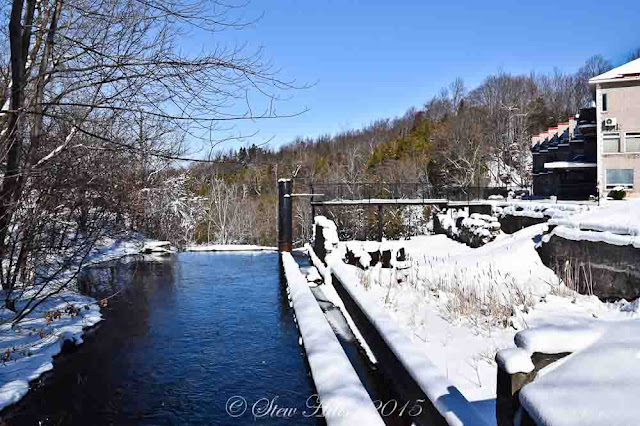 Turning around on the small bridge, you see the brink of the falls, and part of the ruins of the old mill foundation.  Beyond that on the right is a corner of the new hotel which overlooks the falls. 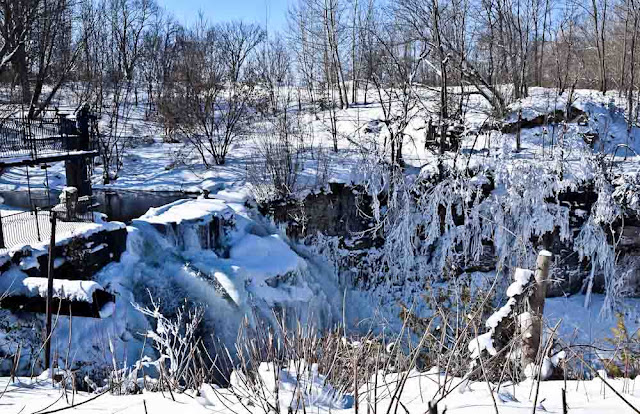 I just stopped briefly, and tried to get photos from the top of the falls, though the view is somewhat limited.  You can see both the observation deck and the end of the millrace, no longer functional. 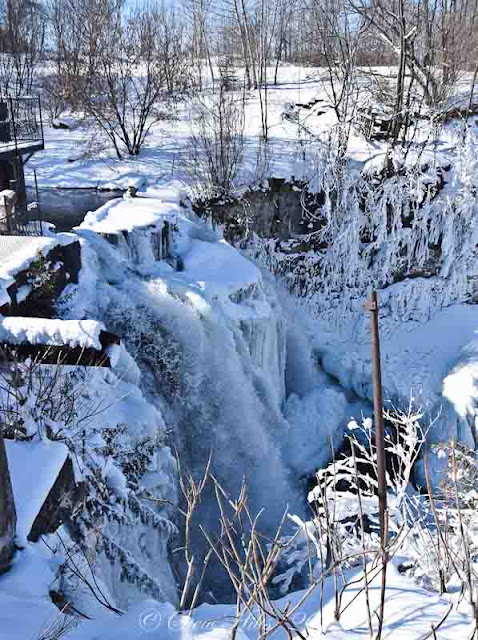 There are two streams to the cascade, but in the winter the far side is mostly behind the big build-up of ice in the centre.  If you google 'Walter's Falls, Ontario', and look for 'Images', you'll see that most photographs are taken from down below in the gorge, but that's a pretty tough walk in the winter, which I wasn't about to try.   No tripod and 'slow' waterfall pictures here today! 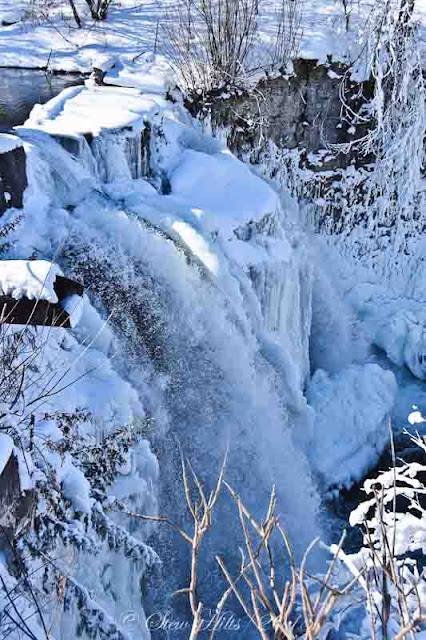 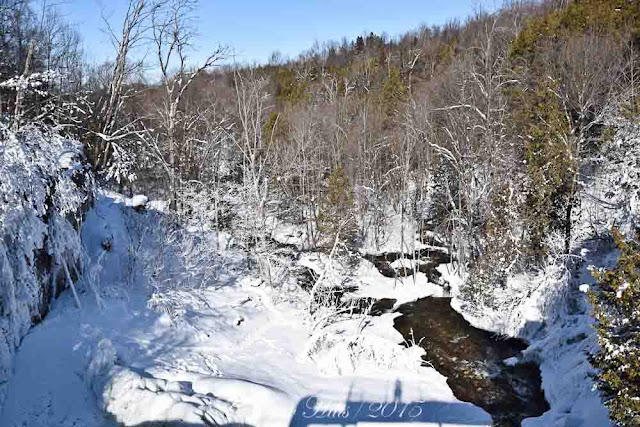 Looking down below the falls I got a beautiful view of the valley.  The Bruce Trail goes down there somewhere, and someday I will follow it to explore the creek downstream.

You can read the story of the water-powered gristmill upstream in two posts from 2014, beginning here.
Posted by The Furry Gnome at 7:45 PM