A few days ago we took a drive over to Port Elgin and Southampton on Lake Huron.  After we left McGowan Falls in Durham (yesterday's post), we enjoyed a nice drive through the rural countryside.  Having never really explored these communities we checked out the Lake Huron shoreline, as well as the local fabric store and a local bakery. 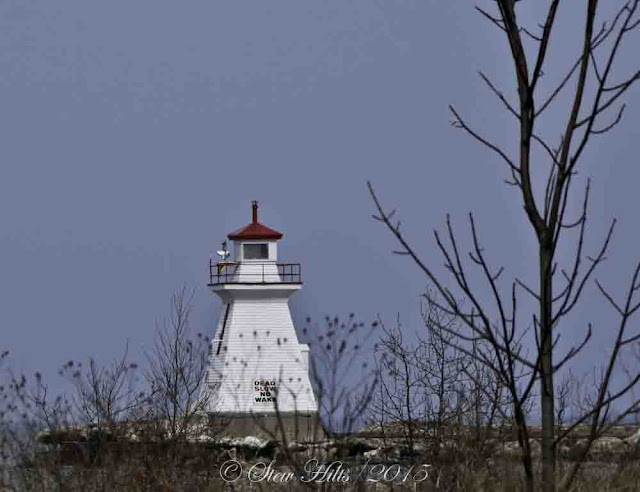 I found the shoreline at Southampton more interesting, as the Saugeen River flows into Lake Huron here, providing a sheltered harbour for boats.  The pier on the north side is marked by this small lighthouse. 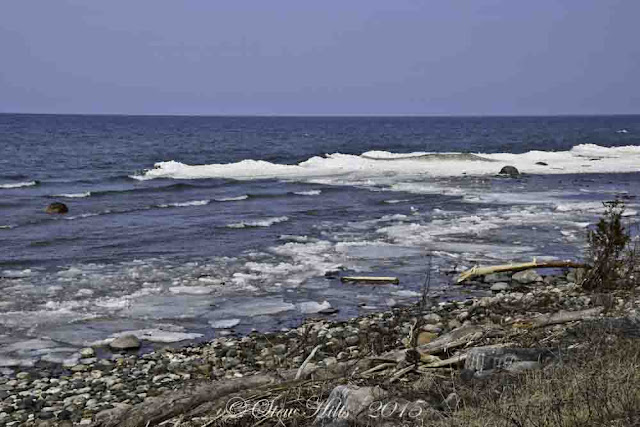 The outer shoreline was interesting though, here in Port Elgin, with some gentle waves rolling in off the lake.  Still a bit of ice and snow around. 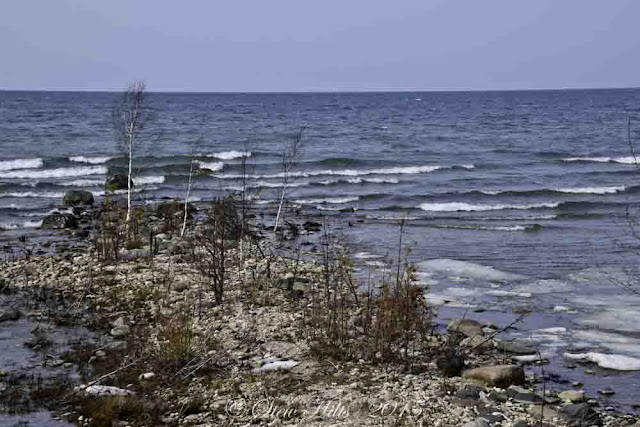 One of the best things about both communities is that they've kept the shoreline public, so there's easy access all along the shore - no private cottages claiming the beach. 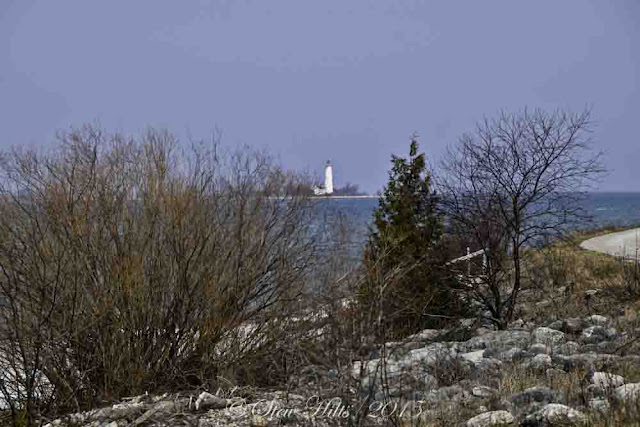 From Port Elgin we also got a good view of the striking tall stone lighthouse on Chantry Island, just out of the Southampton harbour.  The two towns are just a few kilometres apart. 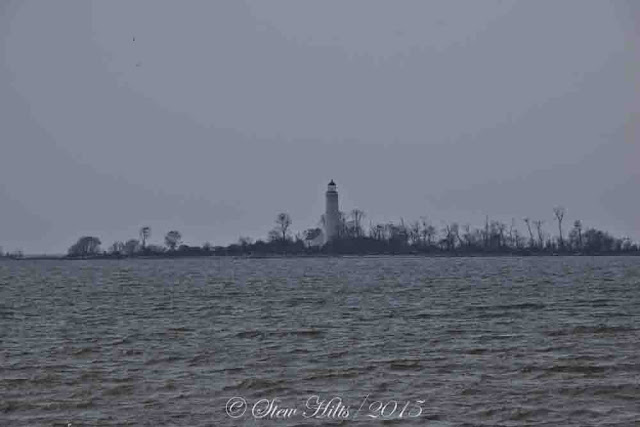 We drove on over to Southampton, and got this very different view of Chantry Island, taken into the mid-day sun.  Chantry is a migratory bird sanctuary, home to lots of gulls, plus nesting Great Blue Herons, Great Egrets, and Double-crested Cormorants among others.  Our photo group took a boat tour there two years ago.  You can read more about Chantry Island here. 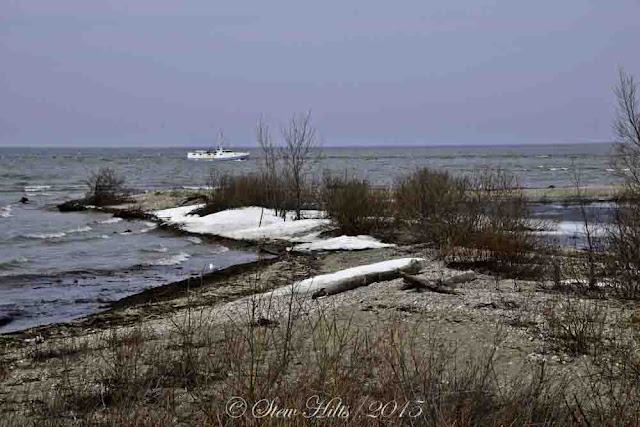 We also spotted this fishing tug chugging into the mouth of the harbour, turning  round and heading out again.  Probably fishing for trout which are beginning to migrate into the streams at this time of year. 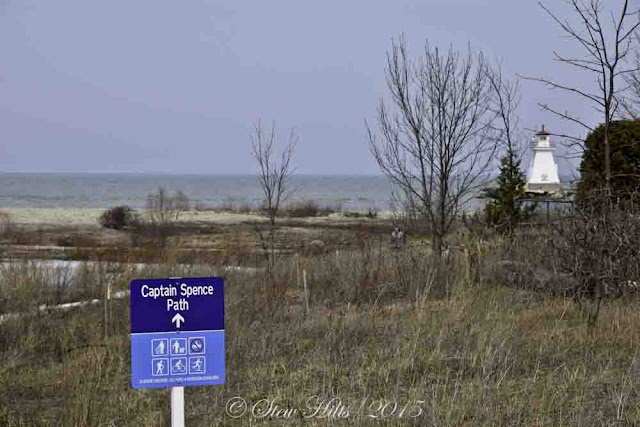 You could walk for quite a long distance along both these waterfronts, along public pathways like this one.  We could easily come here and explore further - especially when there's a good bakery in town! 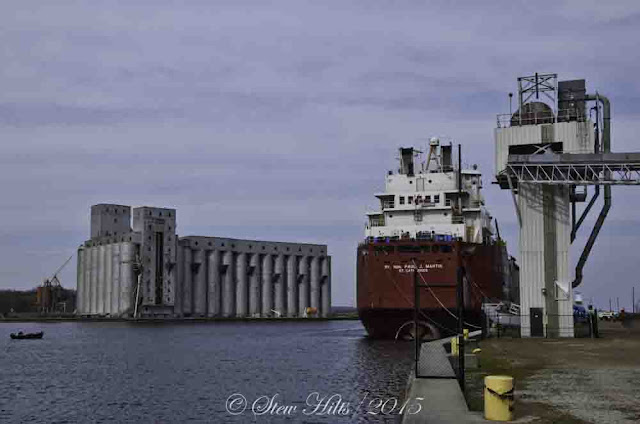 We stopped in Owen Sound on the way home, and the two big ships I wrote about a week or two ago are still there, waiting for a load that needs transporting. 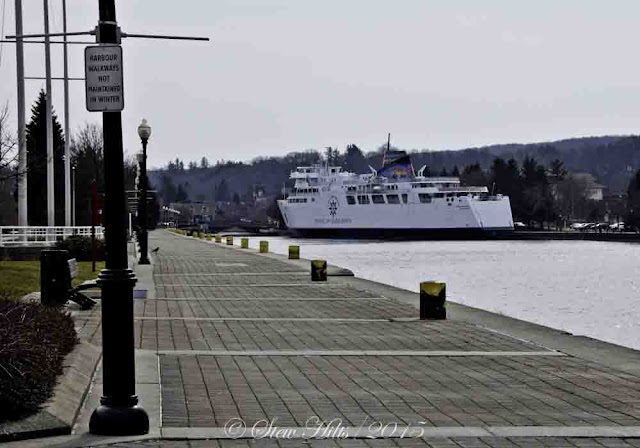 So is the Chi-Cheemaun, the ferry that plies the route between the north end of the Bruce Peninsula and Manitoulin Island during the summer months.  Its winter berth is here in Owen Sound.