You may remember that I posted two pictures of this new barn under construction about 3 weeks ago, with the comment that: "I'm increasingly getting interested in the stories of these barns, not merely the pictures of the barns themselves."  Well, today I'm pleased to say that I have the story of this new barn to share with you.

This was the barn on Mar. 6th, 3 weeks ago.  Imagine my surprise when I finished a meeting in town and was handed the building specs for this barn.  At first I didn't know what they were, but apparently the secretary in this office reads my blog, and recognized the barn.  So I got to talk to the farm owner! 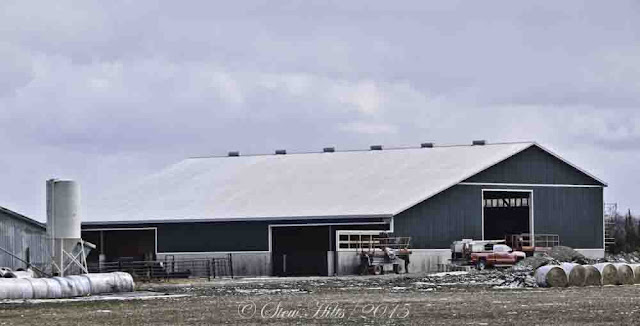 This is the barn last week on Mar. 21st; the siding has almost all been installed, and part of the barn is already in use.  A company from further south, near Ayton, is building it, Domm Construction. 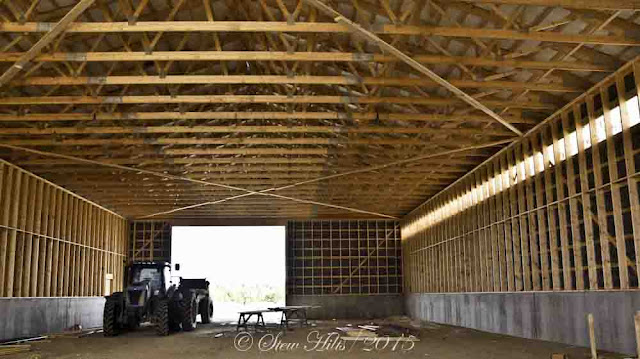 This farm operation is partly a cash crop operation, growing corn, soybeans, barley and wheat, with some corn and barley kept as cattle feed.  So this part of the barn will be used for equipment storage - as the farmer said to me, to keep the machinery out of the sun and the snow.  High transparent wall panels provide lighting. 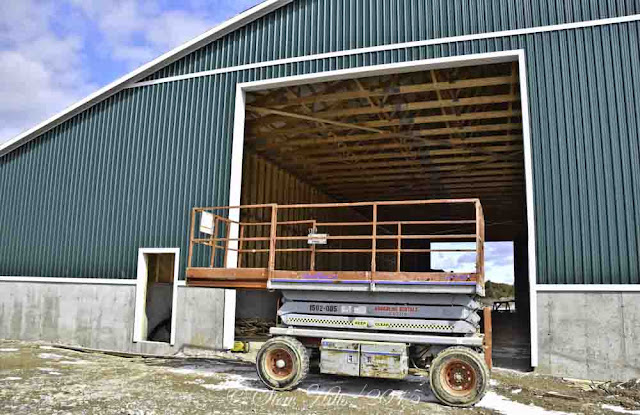 The doors are huge, to allow for the huge equipment farmers use today.  They're both 20 feet high, while one is 20 feet wide and the other 24 feet wide.  They had been using this lift to install the siding, so it was just parked here. 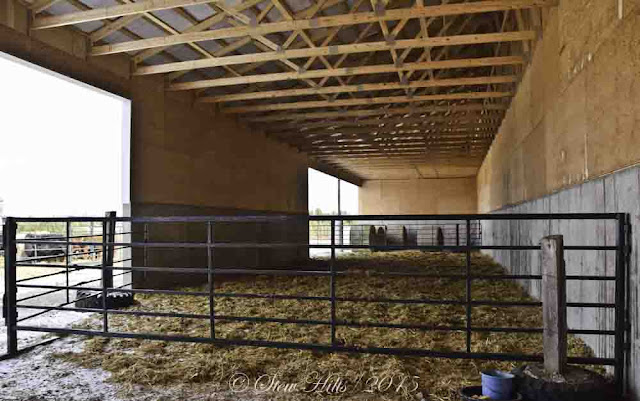 The northern third of the barn will have two large open bays, and will be used for a combination of feed storage (hay bales), and bedding area for the cattle.  You can see they've used some temporary fencing and straw to provide extra bedding area already. 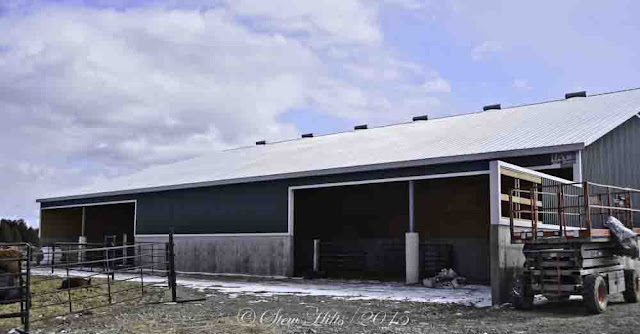 This is the outside view of the north side of the barn.  This is part of a large farm operation that farms nearly 800 acres, with 235 of those in hay, 100 in pasture, and the rest in the cash crops.

Directly opposite the north side of the new barn is the open south side of the smaller old barn, so the paddock/feeding/calving area will be the big space between the barns, when the cattle aren't out in the pasture. 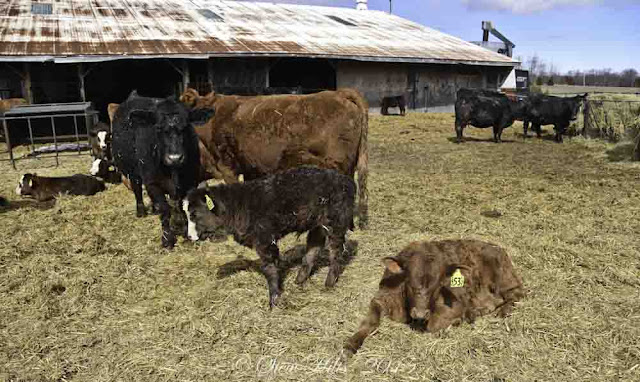 As you can see, this is a cow/calf operation, and all of the cattle are Simmental.  They come in a range from black to reddish brown colours, and are raised for beef production.  Clearly, this is the season when all the calves are born.  The pen was full of mothers and their calves. 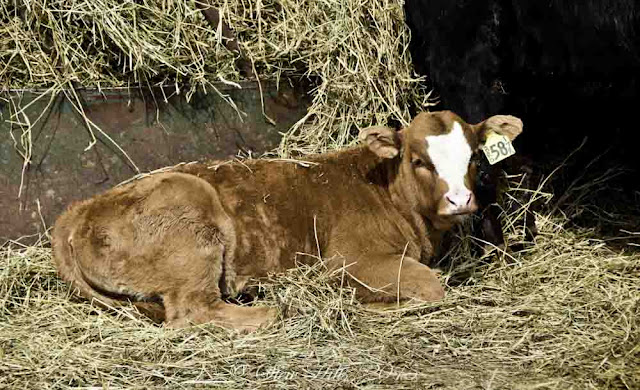 While I was in the office, the secretary was able to pull up one of the farm's webcams on her computer, and show me a live view of the calving pen, right from the office!  Talk about hi-tech farming!

With thanks to my anonymous farmer friend who was happy to talk about his farm operation.  And I was pleased to learn about it!

Linking to:
The Barn Collective