Ice Floes in the Karst

It has been an incredibly quick and very early melt this week, in fact quite a troublesome early spring if you're into maple syrup or fruit trees!  The Wodehouse Karst has flooded, but not as high as it usually does.  Since the flood is so early, the snow and ice hasn't melted yet, so the flooded karst valley is full of ice floes!  No chance to paddle in over the sinkholes this year, but I liked the patterns of the floating ice. 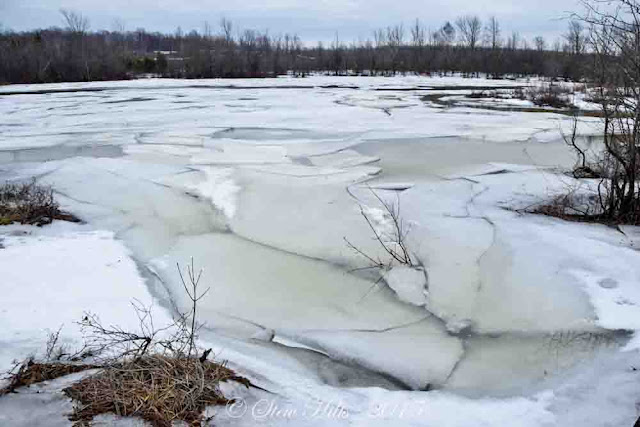 This is the partially flooded lake, still covered in ice floes.  The sinkholes are about 20 feet down under the ice, in the far right corner. 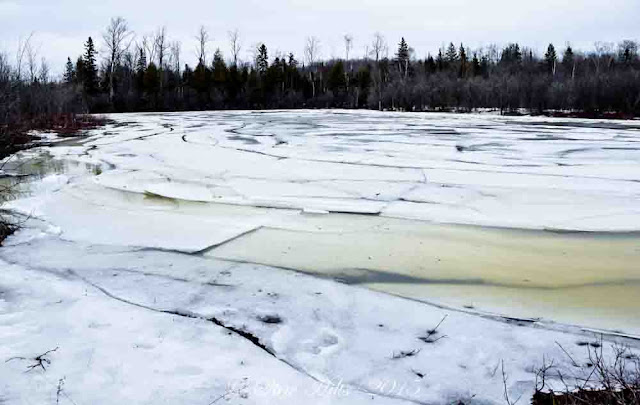 This photo looks upstream where we paddled down the past two years - but those winters were much heavier than this year generating more runoff, and the thaw didn't occur til late April.  Quite the difference! 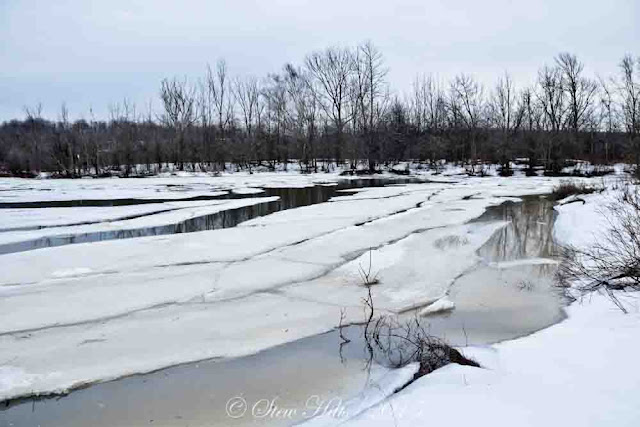 You could easily follow the path of the main current out in the lake, by the open water channel, and it led right down to the limestone bluff (now underwater), where the sinkholes are. 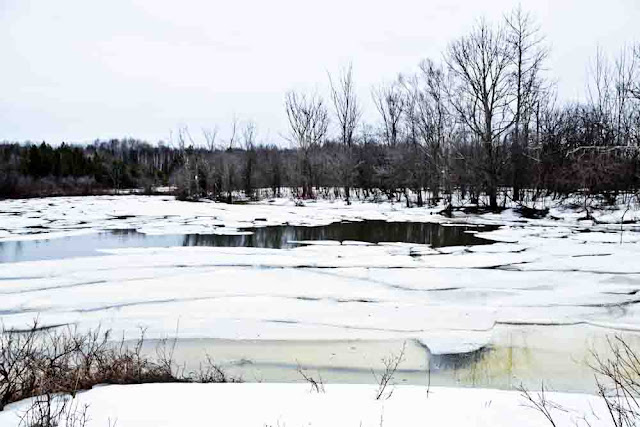 It's pretty obvious - the sinkholes are directly under that patch of open water.  Because the flood level is still at least 2 feet lower than past peak floods, I could follow the trail with only a little deviating to get these pictures (slogging through a foot of snow).  Some years the higher floods extend far back into the trees and means you can't get close at all. 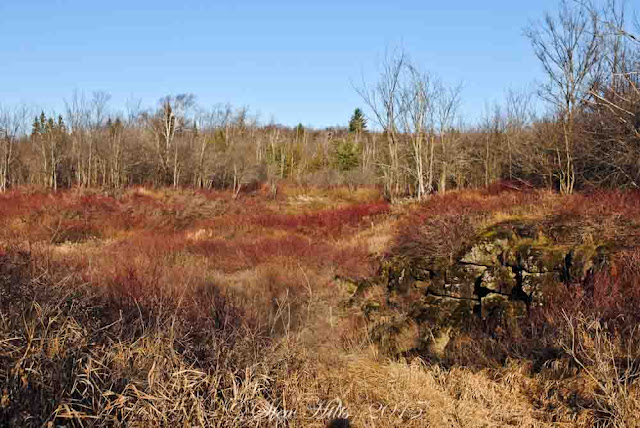 Just for comparison, this is about the same view as the above photo, but after the water has subsided, in late fall after the leaves have fallen. 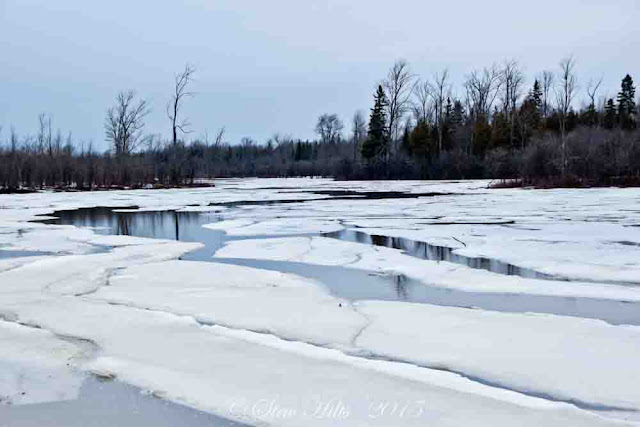 Looking far back up the lake to where the stream flows down you see the meandering creek channel.  Even though the water is probably 15' deep, the strongest current is still about where the creek is later in the summer. 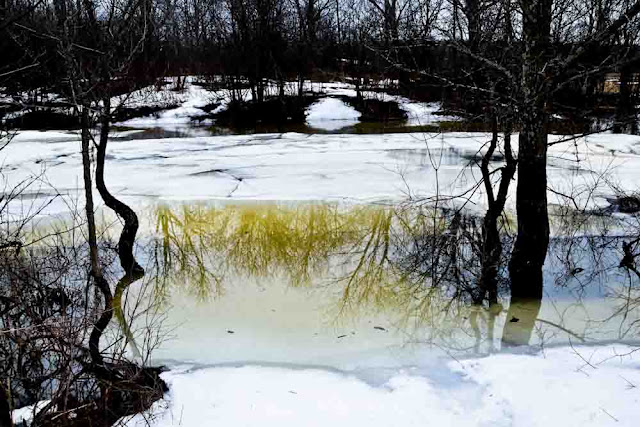 Only when I got to the south end was the trail cut off.  It normally goes straight across this small valley, to that patch of snow on the right on the far side.  But now it's about 6' deep! 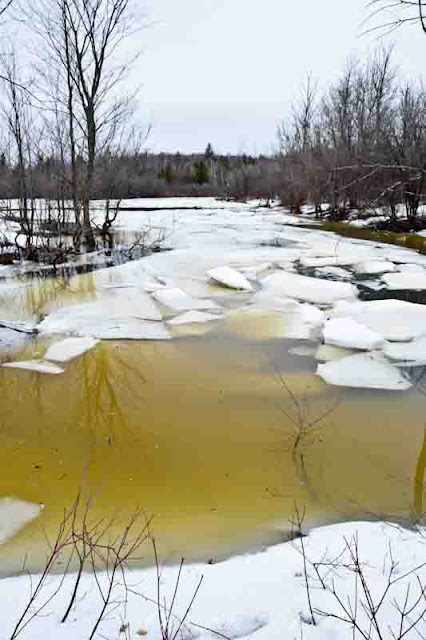 Looking back from the far south end, the flood ended at this point, whereas in the past we've been able to paddle past here out into the flooded field.  This entire cul-de-sac is dry all summer.

Another Ephemeral Waterfall!  Today we headed off in search of another ephemeral waterfall, that supposedly only flows about one week a year, and we found it!  Took lotsa pictures; we obviously chose the right week to go looking for it.  I'll tell you about it once I get the photos sorted, but here's a prelude! 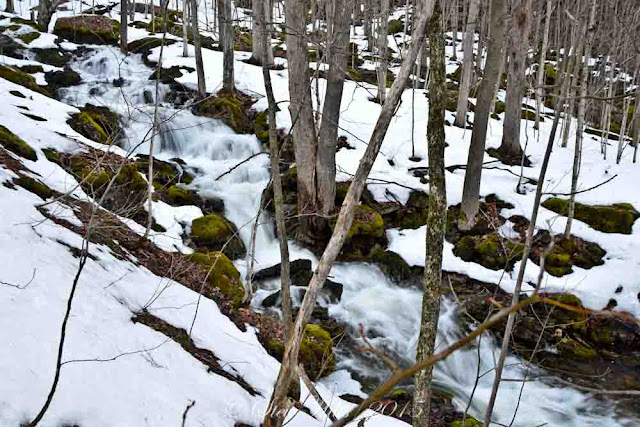