Ok, I'm tired of dull December skies and rain, so I'm taking you back to a sunny day at the beginning of November.  I had to go down to Kitchener-Waterloo for a catscan (the one that ended up showing that I didn't need surgery, so in retrospect this was a day to be celebrated!).  And the north end of Waterloo Region that I drove through is filled with beautiful farms.  I took the back roads and got some nice shots. 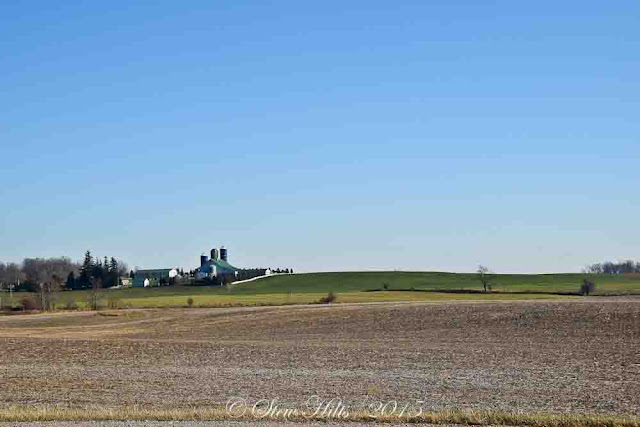 When I do get a clear view of a farmstead (trees get in the way a lot here in the valley), the barns tend to be far away like this, but in some ways I think it gives a better view of the farm landscape. 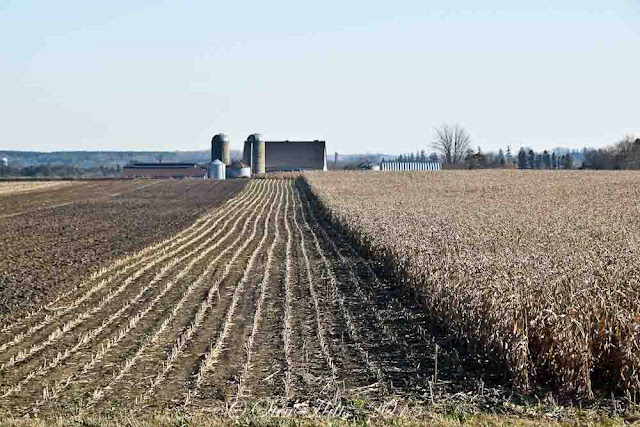 The corn harvest was going on, though it's now long finished. 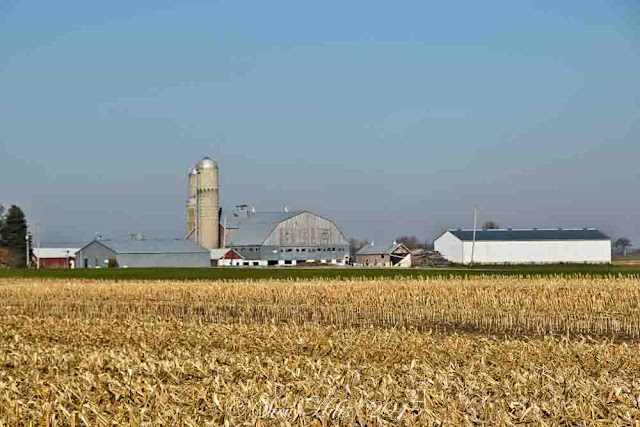 These all looked like quite prosperous farms, many of them dairy farms.  Silos like these are usually in indicator of dairy farms in southern Ontario. 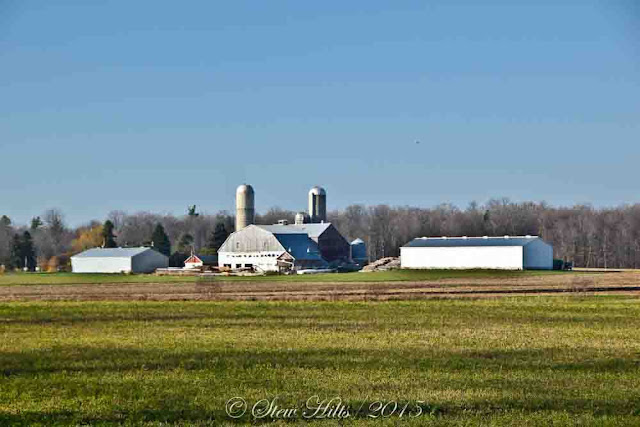 Did you notice that these two shots are of the same farm, just from a different angle down the road.  I had to look twice myself after I got the photos up on the computer. 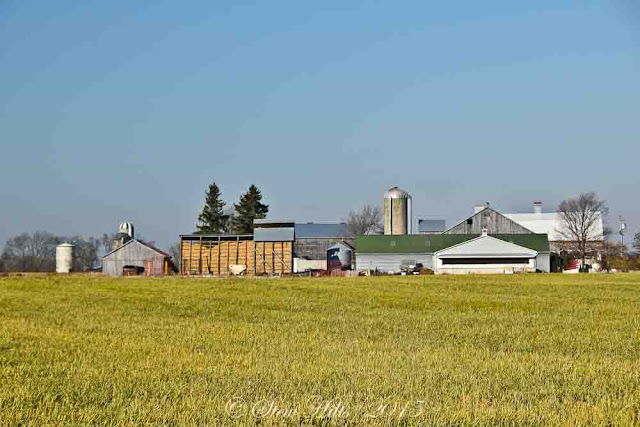 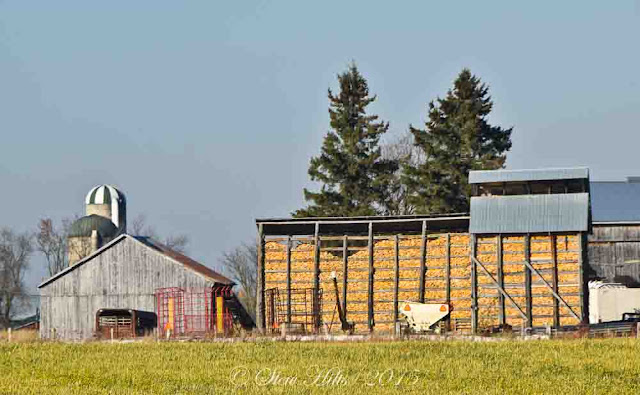 I don't think I've seen a farm with a corn crib in use for a long time, but then maybe I've just been driving around in the wrong places. 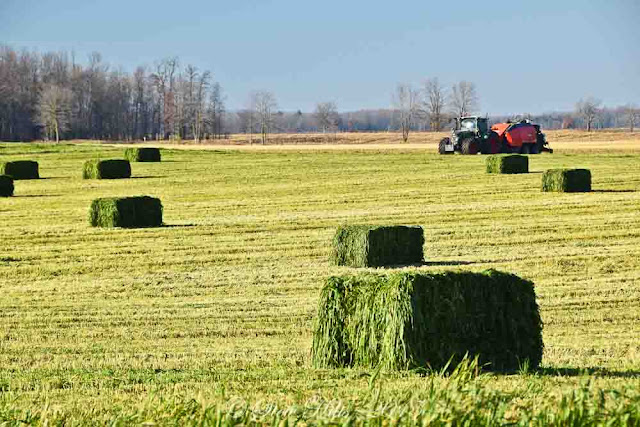 I had also never seen a large rectangular baler being used to bale fresh forage.  I've only ever seen this type of bale used to bale wheat straw, which is left in enormous stacks at the edge of the field.  Then later it's taken away by truck, I presume to horse farms and race tracks, to be used for bedding.  Presumably this fresh forage will be fed to cattle.

I realized after that this picture may be misleading - these aren't the old small square bales that farm teenagers threw onto the hay wagon!  These are the large rectangular bales about 8 feet long, 3 feet high, and 3 feet wide.  I've only seen them around southern Ontario over the past decade or so, but they're getting more common, at least for wheat straw. 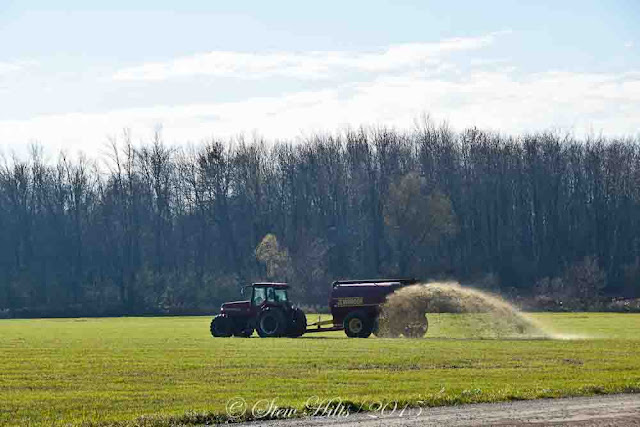 And of course there was some manure spreading going on.  Many farmers in more prosperous farming areas (not in the valley) have switched to liquid manure systems.  It looked like a good day to be doing it, when it will get absorbed before it gets a chance to run off.  Hope you enjoyed the break from dull dark December!

Another Christmas lunch today with friends in Owen Sound, followed by shopping errands.  I think we're ready for Christmas now.  But my walking suffered for the second day in a row, with only a 30-minute morning walk with Roxie completed.  We drove home from Owen Sound in the rain, and listened to it on the roof til well after dark.