On our way to a small Christmas Fairlast Saturday, we drove past a house with 3 fire trucks out front, but no fire.  When we returned they were still there, this time with smoke blowing out of the house, so I stopped for pictures.  We had a house fire once; I'm interested! 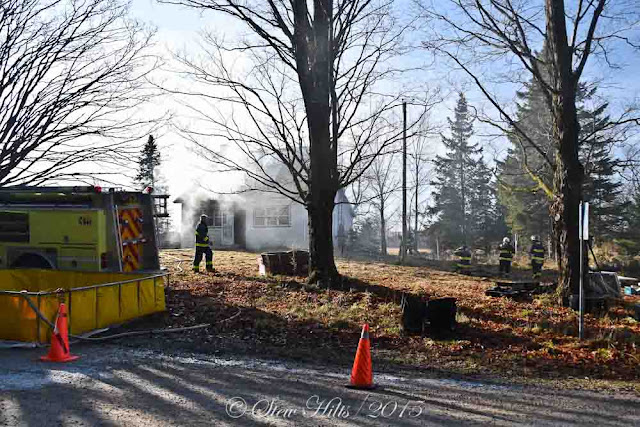 It's a small house that doesn't appear to have been lived in for some time, and this just didn't look like a typical house fire with firefighters scrambling around to pour water on the fire as fast as they could.  Here they looked like they were just getting organized. 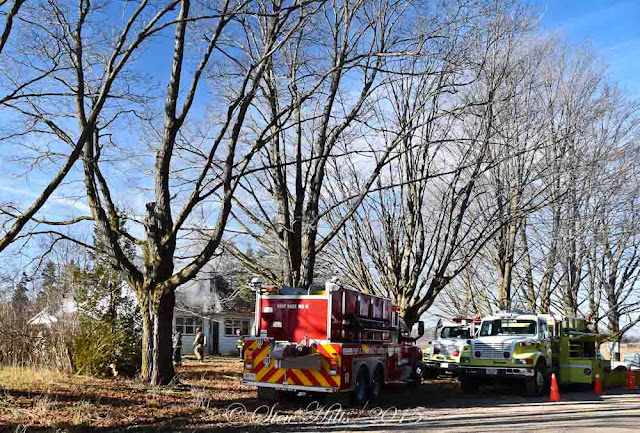 I stayed well back of course, and only approached carefully where I was out of the way.  This is a volunteer fire department in our small rural community, and I know some of the local volunteers, either in their other lives, or because a few of them served as Honour Guard at Will's memorial service. 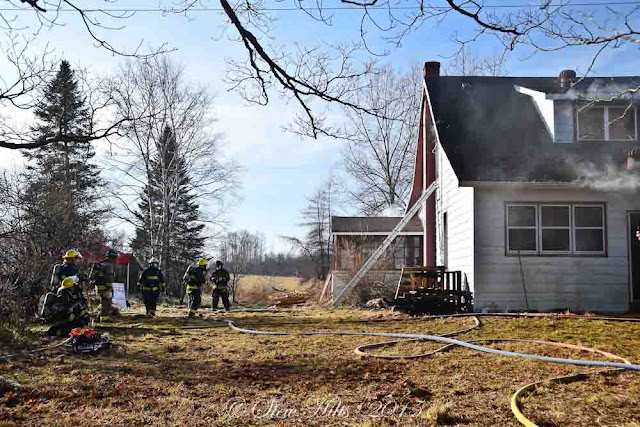 Once I got closer, I realized this wasn't really a house fire.  It turned out to be a training exercise.  The department had been given access to this home a year ago, and had used it for several training days - for example filling the house with smoke and practicing search and rescue.  Eventually they will burn it down and practice putting out an actual fire. 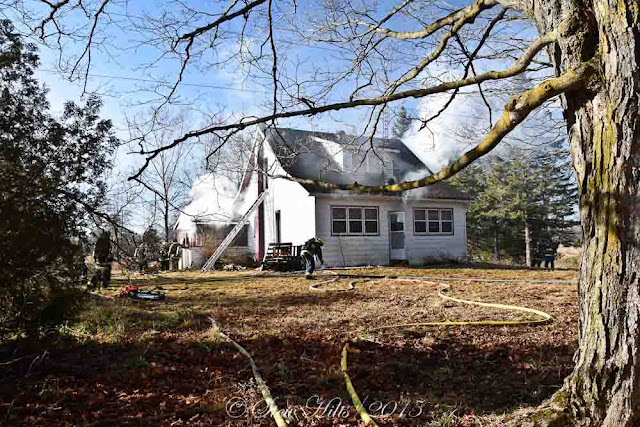 I approached one of the firefighters who I knew, standing nearby, and asked about it.  The professional Firestar Services company was here  running the training session, and making a video of it, which would be used to help train rural fire crews across Canada.  They set hay bales on pallets on fire inside to generate the smoke. 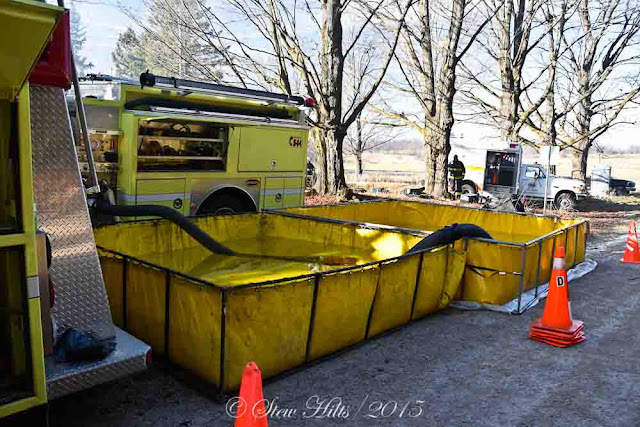 They had plenty of extra water set up in these temporary tanks at the side of the road, and two pumper trucks.  I expect that this was a day-long exercise. 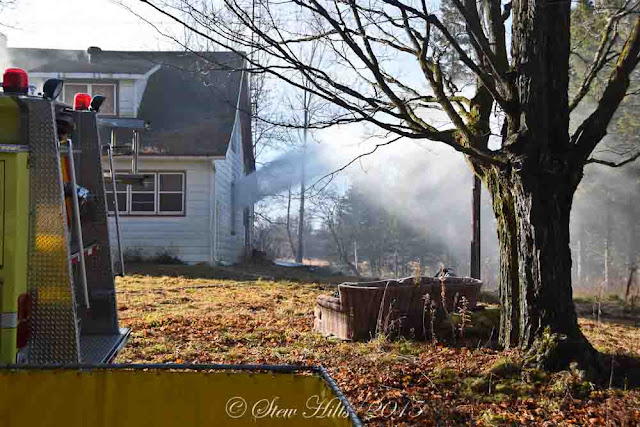 It looked to me like three-man crews were taking turns pulling the hoses into the house and blasting water right through it.  That's water blasting out the window, not smoke.  The technique is designed to cool the inside temperature down enough to allow firefighters to enter the building more safely. 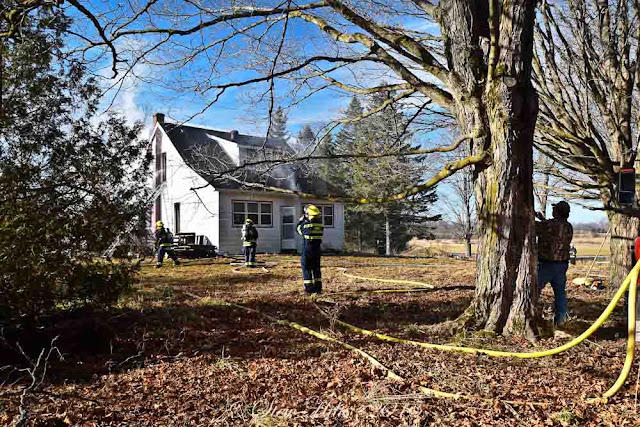 And I wasn't the only one taking pictures.  The even had coffee and donuts for the firefighters at a table out behind the house.  Glad to know our local volunteer firefighters stay up-to=date with active training.

There are two misconceptions I think many people have about a house fire.  One is that the smoke is a bit like the nice smoke you get from a campfire, and you can breath a bit and survive.  Smoke in a house fire is like a cloud of droplets of liquid tar, so thick that when it hits the wall it runs down the wall in black rivulets of tar.  One good breath of that can kill you.  Fire doesn't spread slowly through the house like a grass fire across a field either.  A small fire can raise the temperature inside a room to the ignition point where the entire room bursts into flame.  Then the windows start blowing out.  You 've only got a few minutes.  If you ever have a house fire, don't stop for a moment to save anything other than other people!  Get out fast!

Not much walking today, with a Christmas lunch and some rainy weather.  I'll have to make up for it over the next few days.
Posted by The Furry Gnome at 7:20 PM