The sun rose in a brilliant pink/orange sky earlier this week, and I grabbed my camera as soon as I was out of bed to get some shots.  Haven't seen a beautiful sunrise like this for a long time! 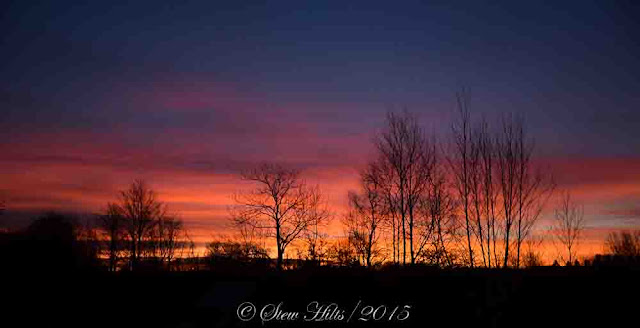 I grabbed a jacket and hurried out onto the deck to get this first shot.  The frost was so heavy on the deck it was slippery! 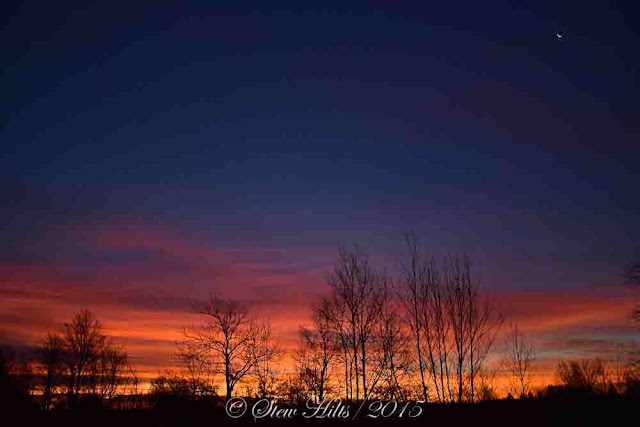 Then I realized that the tiny sliver of the new moon was up high in the sky, so I reframed the picture to get this one - see the moon up there? 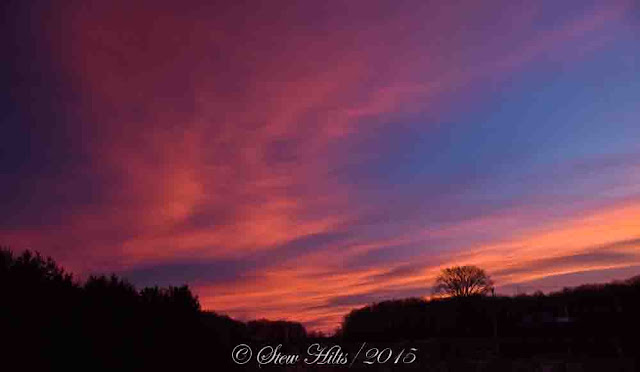 Meanwhile, the eastern sky was also lit up; in fact there was some degree of colour over the entire sky.  There was almost more sunrise looking east than looking south. 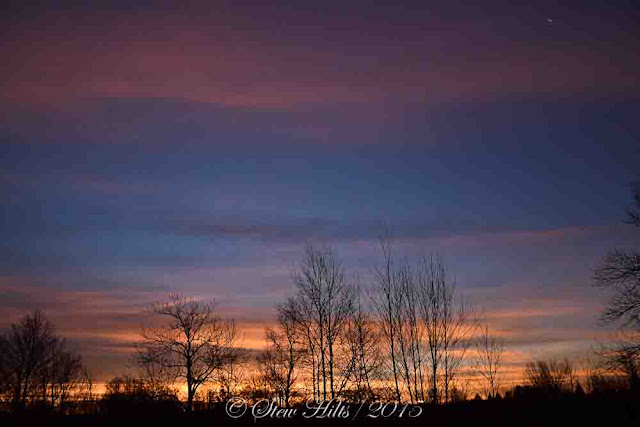 But quickly the bright colour began to retreat, and while the upper sky retained a pink shade, the sky where the sun was rising was more a faint yellow. 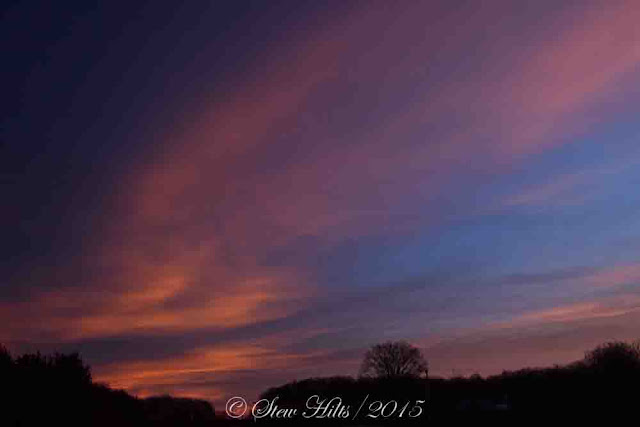 The sky to the east faded at the same time. 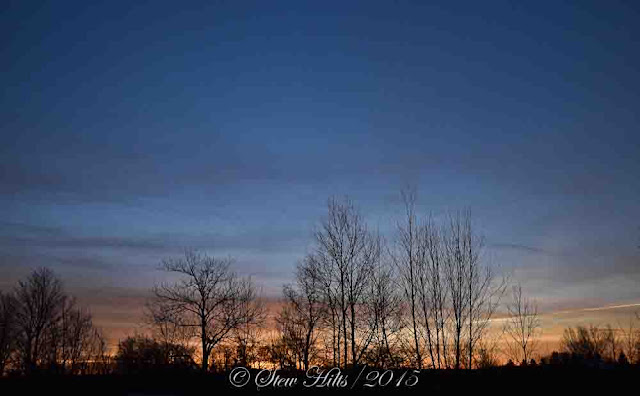 Until, just before the sun rose, there really wasn't much of a spectacular sunrise at all.  All the beauty came and went in 15 minutes. 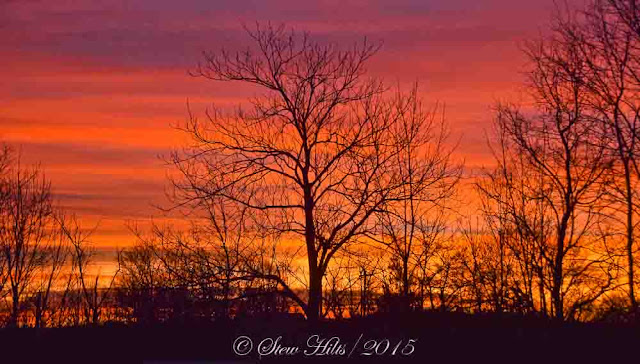 And this is my Butternut tree, while the sunrise was still bright.  You can probably pick out its silhouette in the other south-facing pictures. I haven't been reporting on it for awhile because there isn't much to say.  It lost its leaves in September, and has retained the same outward appearance ever since, until a large dead lower branch fell off a few weeks ago.  I'm afraid this tree has the Butternut Canker, and won't be with us too long.  It will certainly be looking basically the same as this until next May.

Another busy Christmas lunch today, but I did squeeze in a long walk on the neighbouring farm after.  Total time 1 hour and 10 minutes.  My wife solved the problem of what I should get her for Christmas when I heard her on the phone ordering the newest quilting gadget she's decided on, one with quite a substantial price tag, though she assures me that it will open new doors in creativity!

And
Tree Following
Posted by The Furry Gnome at 6:55 PM