Well, the little bit of snow we had is all gone, after rain all day yesterday and part of today, and temperatures that will hit 10°C by tomorrow!  But we'll just pretend the snow is still here for a day or two and try to keep you in the Christmas Spirit. 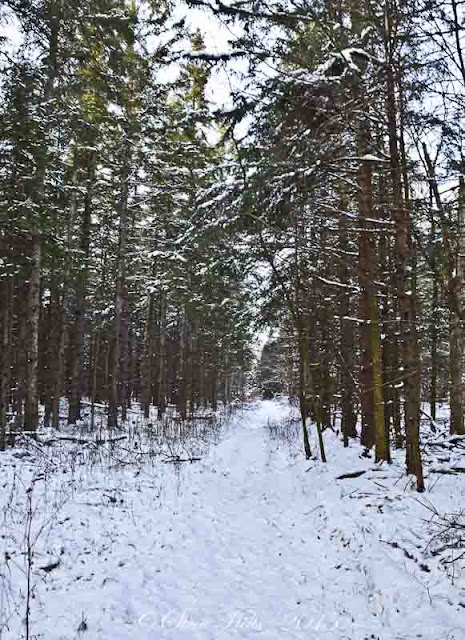 I had a geocache to replace, near the beginning of the Sligo Side Trail of the Bruce Trail.  This is a nice large loop trail that goes through reforested conservation area and wetlands, making a nice hour and a half walk with a lot of variety. 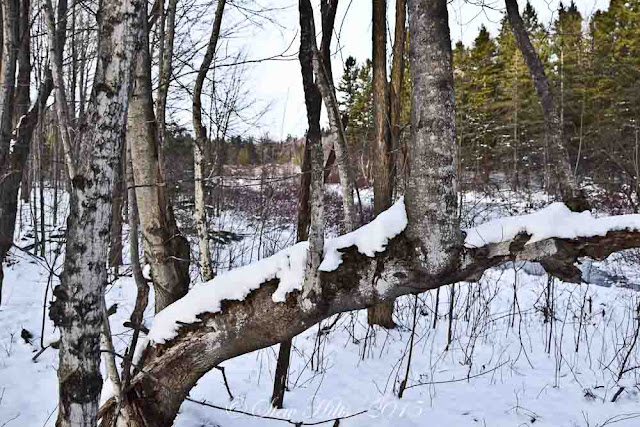 Lots of interest to see as well (like this unusual tree) and the trail is up and down quite a bit over the rolling landscape.  The Bruce Trail does not allow geocaches (other than approved virtual caches) on its own properties, or on private land without written permission, but on public land like this, it's the decision of the public agency.  The Conservation Authority here does allow geocaching, indeed, they encourage it. 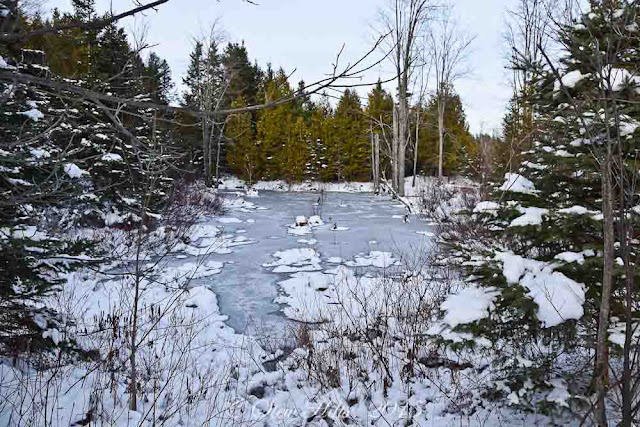 I hadn't been in here for a year or two, and the most noticeable change was the water level in the wetlands.  I think the beaver must have been quite active in here, for I saw open water in several spots where I don't remember much of it. 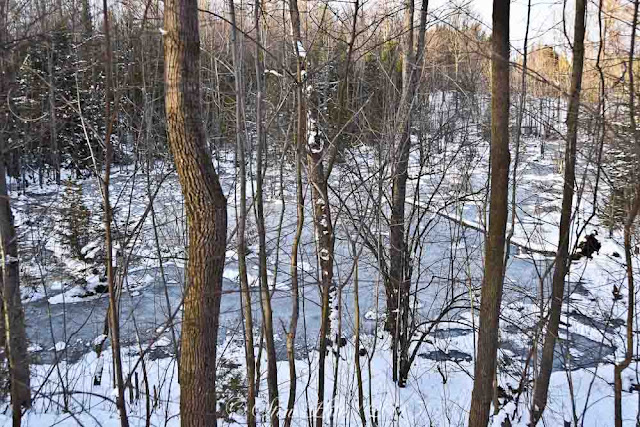 Quite extensive wetlands in places, with just enough ice to hold a frozen surface - certainly not enough to even think of standing on.  Almost just like semi-solid slush. 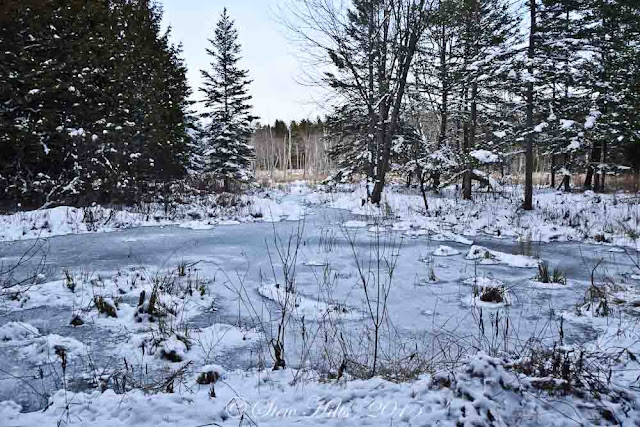 But it made me think I had better come back in the spring and explore a little further.  The first four geocaches here are all right along the trail, but the final one takes you a short distance off trail.  I always think the hikers are missing the most interesting spot! 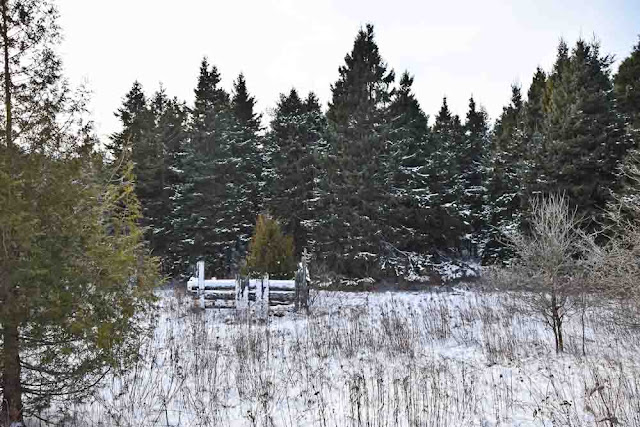 For as you go off the trail you step out into a small meadow, with the ruins of this old (probably near 150 years old) log cabin.  After walking past all those wetlands, I thought how tough it must have been for these settlers when they discovered their assigned 100 acres was so wet! 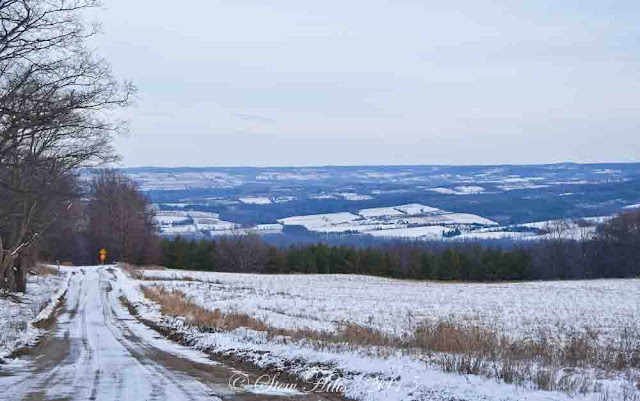 At any rate, I successfully replaced the geocache, checked all the others, and enjoyed the walk in and out.  Before leaving I drove to the end of the road just to see the view, east over the patchwork quilt of fields on the far side of the valley - the patterns shows up so much better with a little snow.  Tomorrow, some further details of that old cabin.


****
Yes, it was another drizzly grey day here, and the annual pre-Christmas grocery shopping expedition to the big city, Owen Sound, half an hour north.  We're using our 'outdoor fridge' for at least a few days, some food items stored in the cooler outside on the deck!  I didn't get in a walk at all, so I think I will pause in worrying about walk duration until after the big family celebration.

Some of you may wonder how I keep myself amused on these late fall days that so many find a little depressing.  I'm giving a Life Long Learning Series of 6 lectures early next year, on the Gardens of England and Europe.  Over the past 25 years my wife and I have visited quite a lot of gardens, mostly in England, but a few in Scotland and in continental Europe, so I'm using that as the basis for a series on evolving garden styles.  It's not about flowers or horticulture, but about the structure of the gardens themselves.  Doing all the final preparation on this is not merely keeping me mentally engaged and challenged, but I find it quite exciting.  I may even share a few of the pictures with you come mid-January.