I've been using 'Lightroom' as software for photo organizing and editing for a few months now, still very much just scratching the surface of what it can do.  What I really need to work on is organizing my photos so I can find what I want when I want it.  But yesterday I was playing with editing. 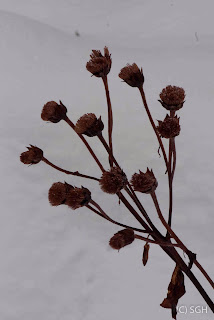 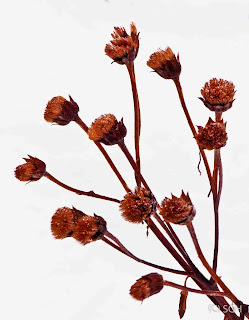 In each pair of photos here, the first photo is the unedited version as it came out of the camera, shooting in RAW format.  The second is my edited version.

It was a dull gray December afternoon, with snow everywhere, but a dull white under the clouds.  I thought the pictures were basically useless.  But as a learning exercise I decided to see how far I could push Lightroom adjustments, brightening and sometimes cropping these to make useable pictures.  They're still not very good pix, but I was amazed at what you could do. 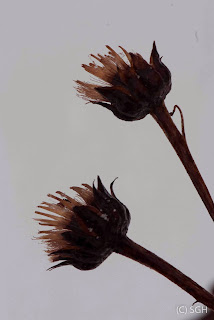 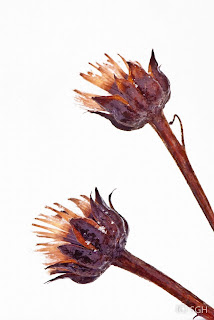 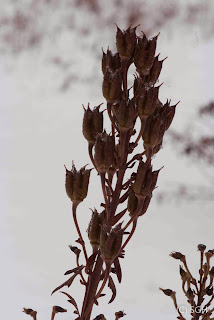 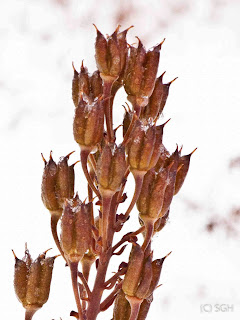 Of course this brings me up against wondering what is a 'real' picture and what isn't.  The darker ones are what I really saw, so they're realistic.  But the edited ones are perhaps a better portrayal of the seeds.  Pushing the adjustments any further would have become definitely unrealistic. 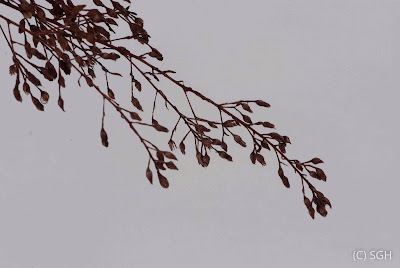 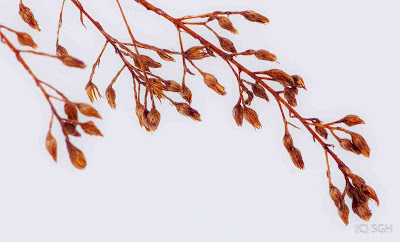 The first three of these are from flowers in the garden; the last is an aster that grew at the edge and never got weeded out.
Posted by The Furry Gnome at 7:09 PM