Packing up the Harbour for Winter

We were down around the harbour in the days before Christmas and I was reminded again just how much work is involved in packing up the harbour for winter here in this relatively northern latitude.  Sailboats, Coast Guard ships and working tugs all get lifted out of the water, as do most of the floating docks.  Even the giant red chairs are stored down in the habour pavilion. 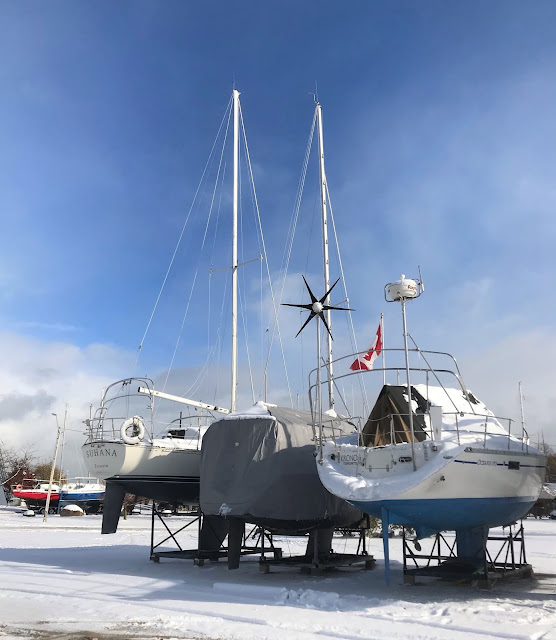 They have to bring in a large crane to lift the boats out of the water.  They're placed on high cradles, since they all have deep keels underneath the hull.  You would not believe the power of the ice here in northern latitudes!  Ice floes are just like giant bulldozers when the wind pushed them onshore. 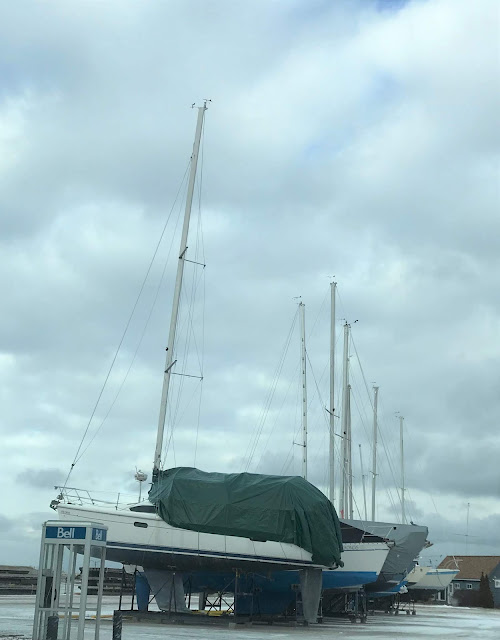 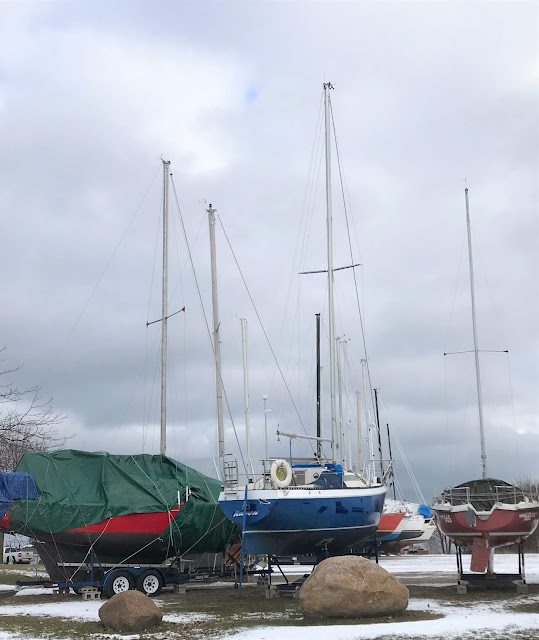 The most common sound in the harbour at this time of year is the 'flap, flap, flap' of the lines knocking against the masts as they blow in the wind.  Some boats get tarped up while others are left to fend for themselves.

There are certainly a lot of sailboats that end up stored in the harbour parking ares, but storage (as well as dockage) is expensive, so many owners take their boats away for the winter.  It's a pretty expensive hobby! 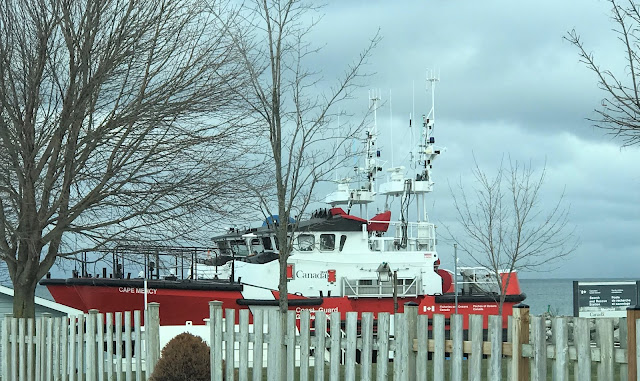 It's not just the sailboats that come out of the water for the winter.  Two of the Coast Guard's Great Lakes ships are stored here for the season in the fenced off Coast Guard compound. 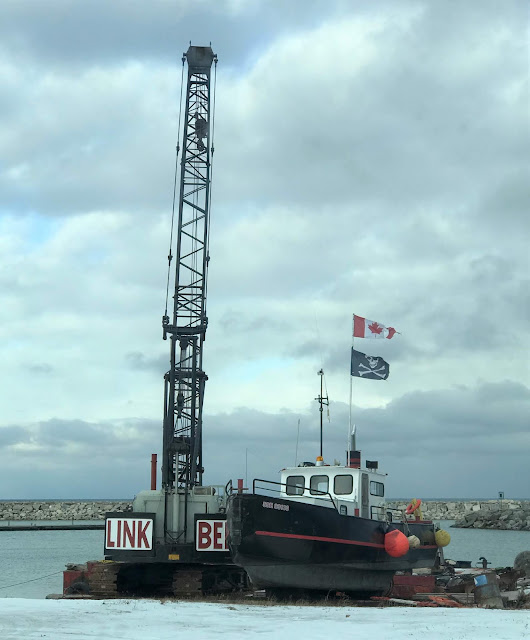 And the local dredging company lifts its own heavy duty tug out too. 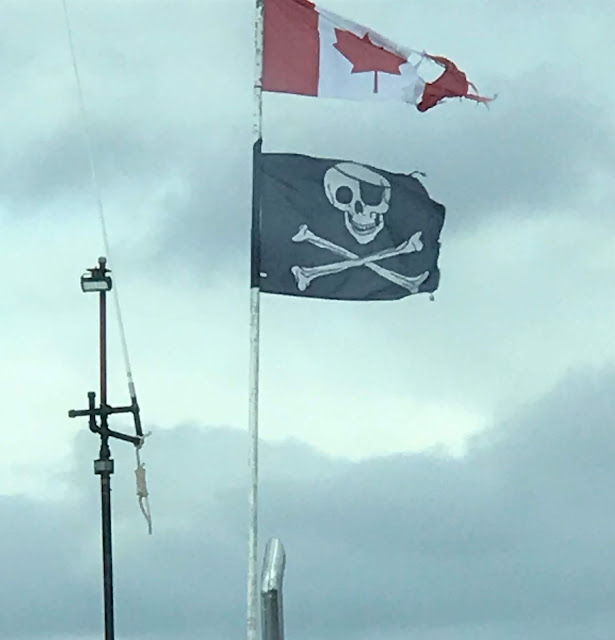 I like their Jolly Roger flag, now somewhat tattered.