More Packing Up the Harbour

It's not just the boats that have to be dealt with when packing up the harbour here in Meaford for the winter.  The docks are the other big issue to be dealt with.  Some are in the sheltered marina, but those in the river mouth have to come out. 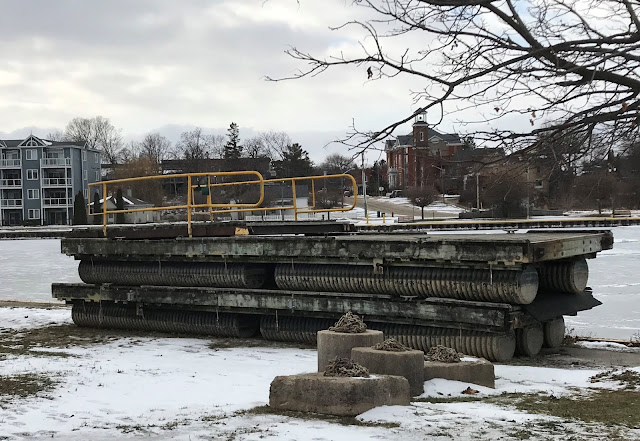 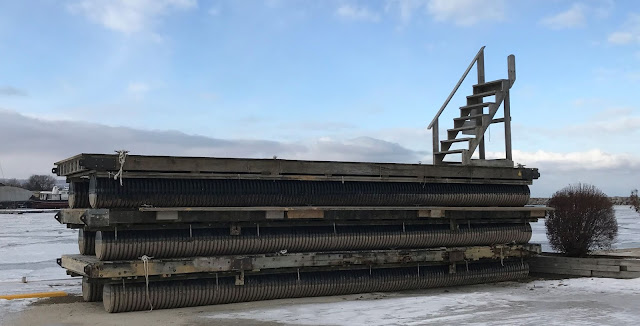 Most of the docks are wooden decks built on sealed culvert pipes.  As you can see by the stairs, they float several feet below the harbourside level. 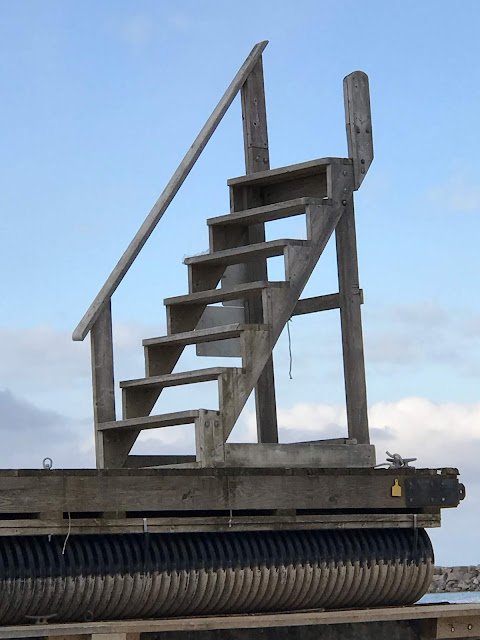 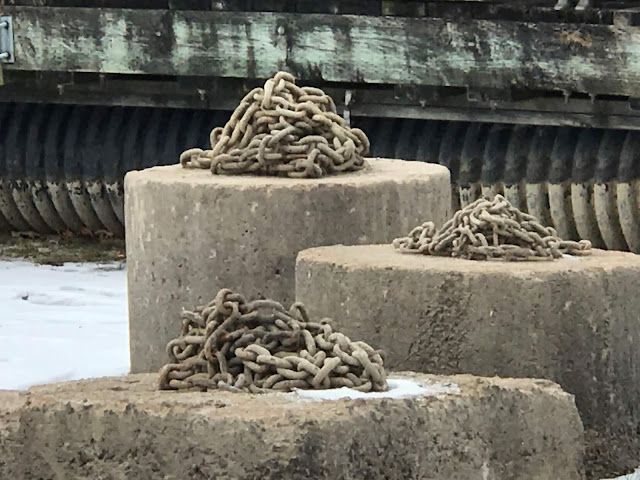 The heavy weights they use to anchor the docks have to come out too. 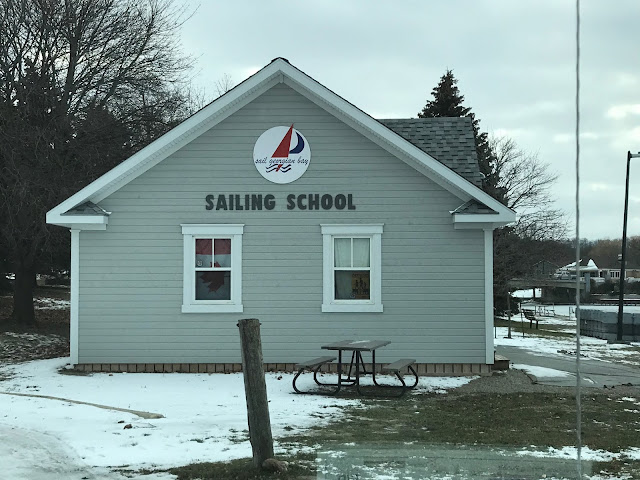 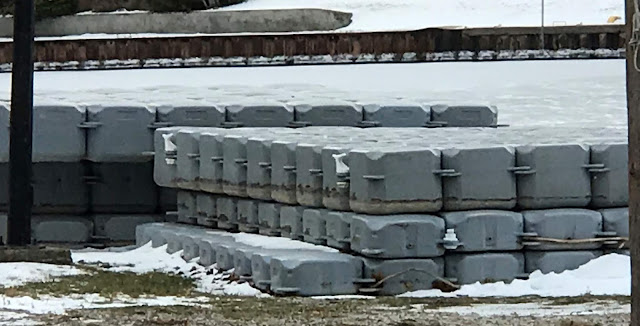 The sailing school docks are a little different, made up of square plastic blocks that lock together.   They're much lighter weight, so much easier to lift out. 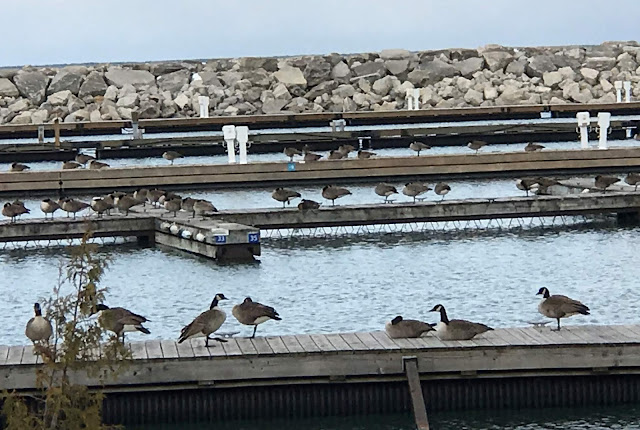 The marins docks are much more sheltered and are left in for the winter just for the Canada Geese to enjoy lounging on! 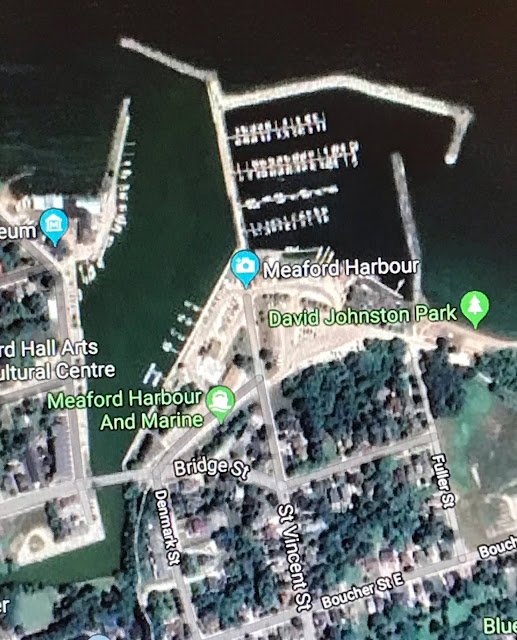 Just so you know what I'm talking about, this is Meaford's harbour.  The Bighead River drains in from the lower left and out into the bay on the upper left.  With the northwest winds blowing, ice from the bay can get pushed right into the river mouth; in comparison the marina on the right is almost completely sheltered from those winds and the ice.  So it's the docks on the centre left that have to come out.  Ice does very little damage simply by freezing; it's the pack ice being blown toward shore that does the damage, with the force of the wind behind it.  Of course the big outer breakwall is the main protection against the ice.  Without it there would be be no harbour here at all. 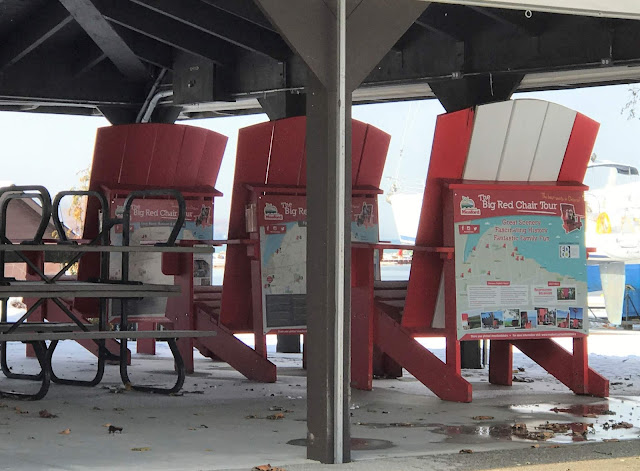 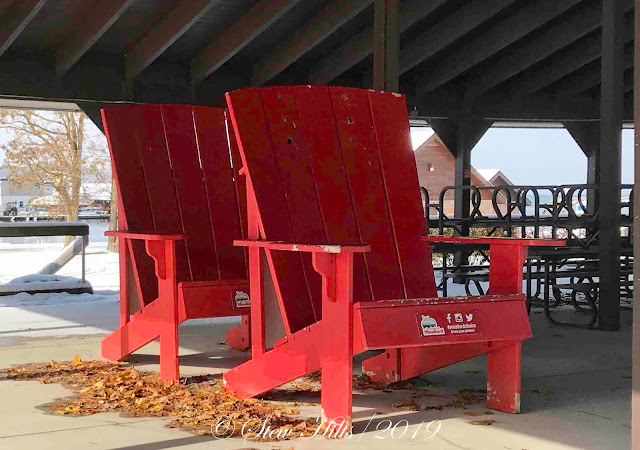 If I haven't told you already, Meaford has a Big Red Chair Tour that takes you to interesting places around the municipality.  We discovered that the Harbour Pavilion is used as a handy place to store the big red chairs for the winter.

The temperature actually rose in the night, to nearly 10°C, and almost all our snow vanished in the twinkling of an eye.  This view was mostly white still yesterday. 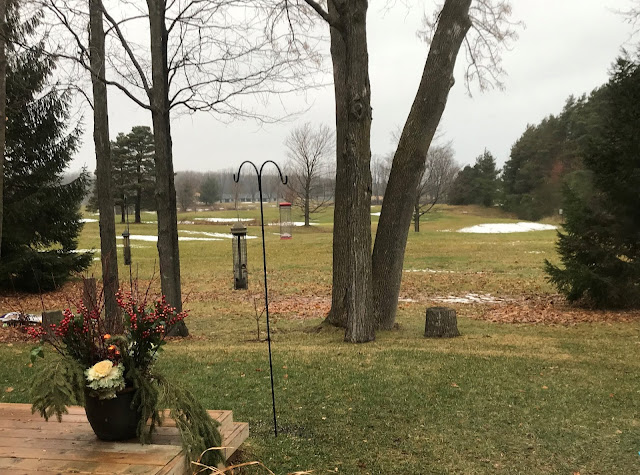