Again this morning we had a nice sunrise and Mrs. F.G. stepped up to snap a few shots. 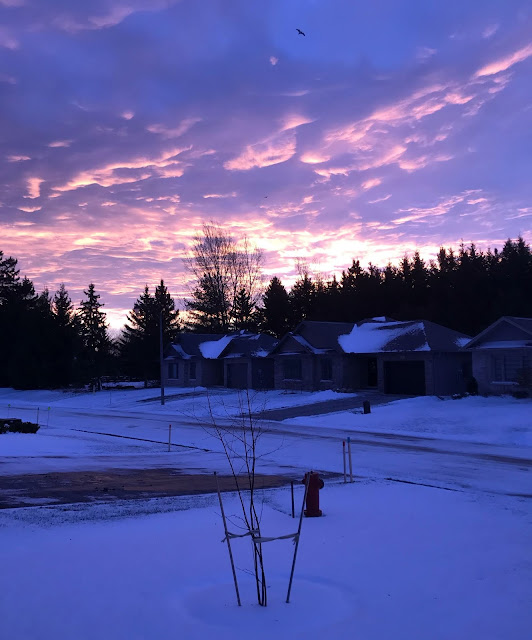 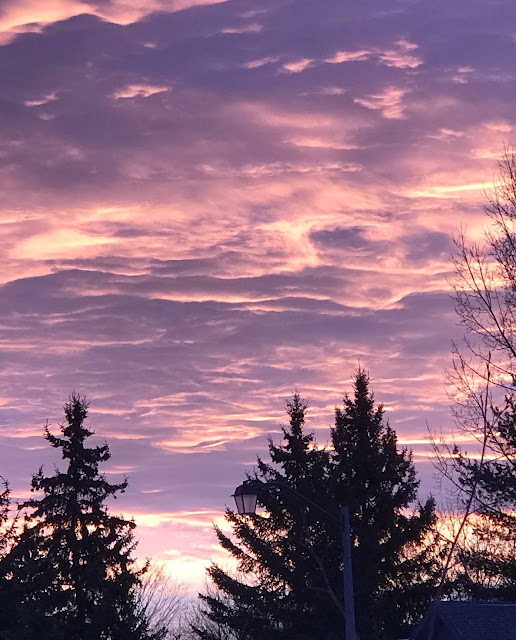 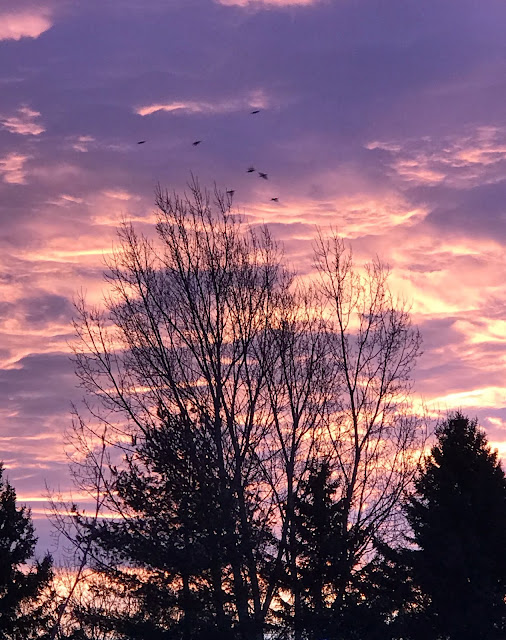 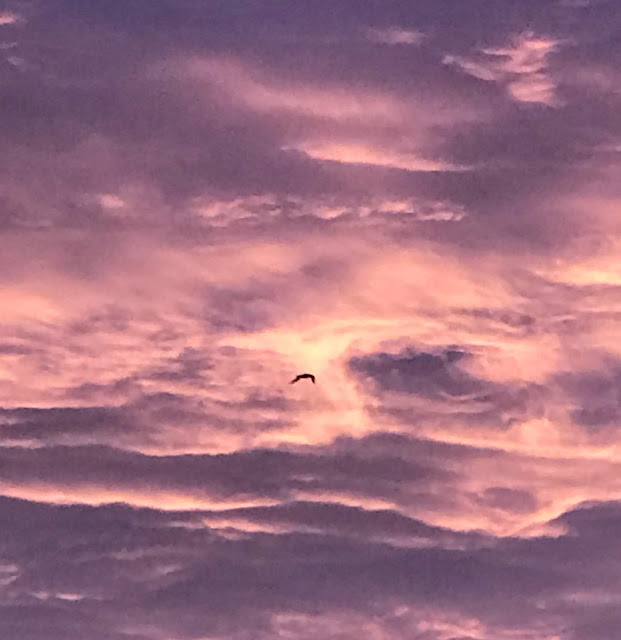 A solitary gull chasing his friends.

Yesterday we had a 3+ hour hydro outage.  We were both downtown, me having coffee with my buddies and Mrs. F.G. at a Quilters Guild Christmas lunch.  Arriving home we had to get the garage door open, and me up the lift into the house.  Two of the neighbours happened to be outside and quickly came to Mrs. F.G.'s rescue.

Little did they know that she didn't need rescuing.  She went in the side door and popped the garage door open, and then we treated it like a dry run for using our generator (even though the first thing you should do is wait an hour to see if the  hydro comes back on).  We have a fancy, if expensive 'Generlink' system since I depend on hydro both to get in the house and into bed.

So I sat and watched while Mrs. F.G. went through the steps on a list I had prepared back when we had the system installed, plugging the very heavy duty power cord into the unit behind the hydro meter outside.  Then she turned on the generator.  So far so good, but the lights in the house didn't come on.  At this point another neighbour was brought in for advice, and he had the very same model of generator that we have.  There was one more switch to be turned that no-one had mentioned to us.

We ended up with four neighbourhood gentlemen coming over to make sure we were ok, and we had normal power for the duration of the blackout, of course not using any of those heavy drawing things like the stove or dryer.  Turned out to be a great dry run in case this ever happens during a more serious storm in the middle of the night.  And a neighbourhood full of helpful men is reassuring for both Mrs. F.G. and myself.