We've had a wonderful two full day visit with our daughter, our S-I-L and their family.  We haven't seen them for just over two years!  It was a joy-filled reunion.  It was so nice to get re-connected and filled in on the details of their lives; it's just not the same over the phone or Facetime, but this was wonderful. 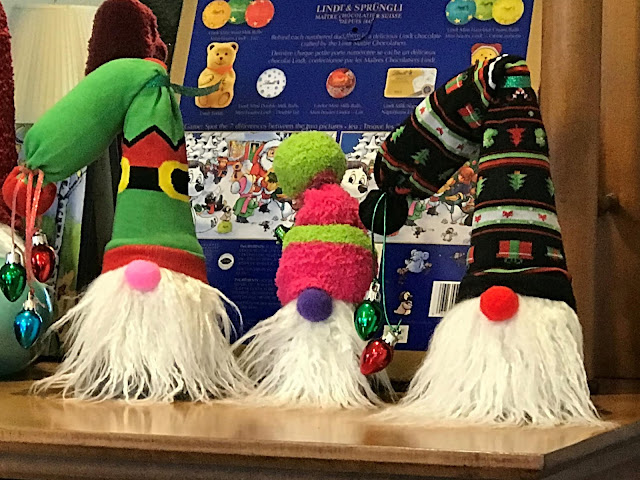 It was as if I was just a spectator, and Mrs. F.G. took care of everything, from organizing food to crafts and games to keep the two kids busy.  Making 'furry gnomes' was the first project (I don't think anyone has got the connection yet!).  Our daughter was so impressed she wanted to make one too. 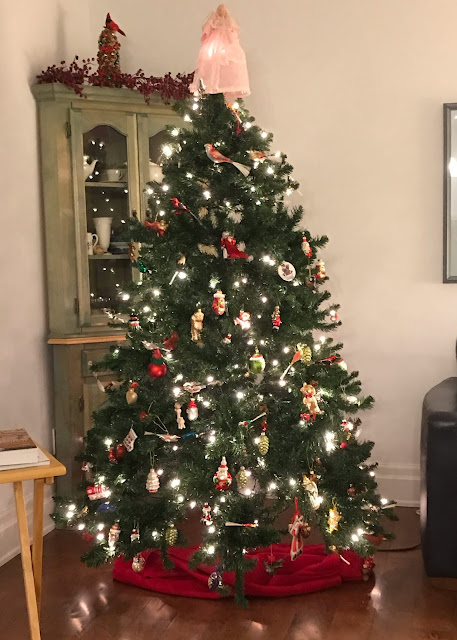 Then there was putting up the tree and decorating it.  They carried up the awkward big box from the basement, unpacked it and got it up, with lights on.  Then our two grands, under Mrs. F.G.'s direction, decorated the entire tree!  We could hardly believe how helpful and careful they were, and it accomplished an enormous and now-difficult task for us.

This was the beginning of what we hope will be an annual trip, tied into a Christmas get-together for our S-I-L's work.  He has one of those amazing online jobs where he can work from home and live wherever he wants, which is what enabled them to move to B.C. in the first place.  But the company, a very small and specialized computer programming group, is based near Detroit.

It would not only be wonderful to see them once a year, but to enjoy a new family tradition of the grandchildren decorating the tree.  That would be a huge help to us, and we don't know when or whether I'll be able to travel that far. 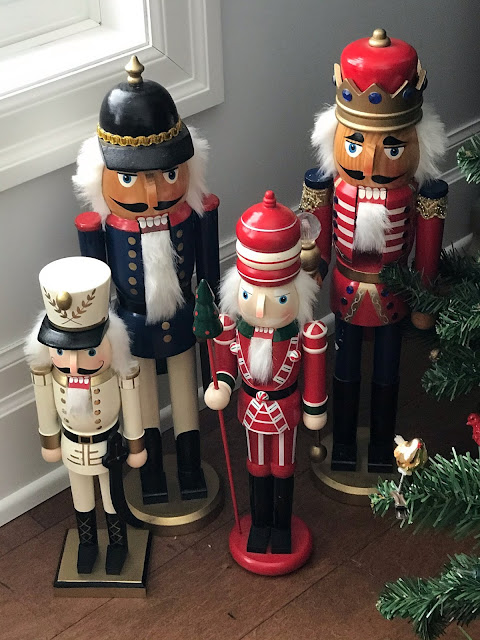 At some point the Nutcrackers were brought ip and placed around the tree. 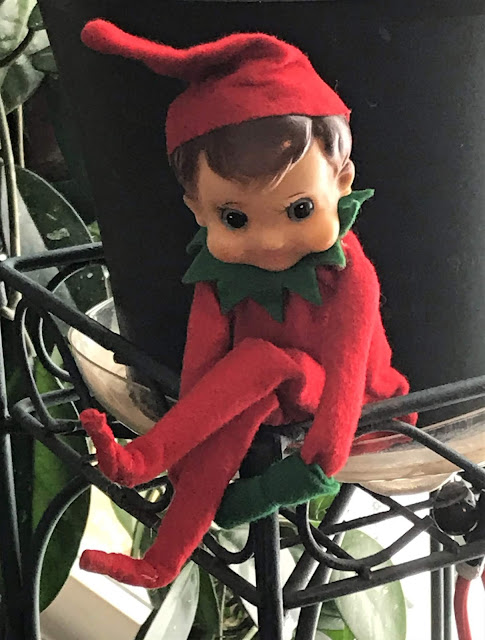 And then two little elves that were my mother's were added. 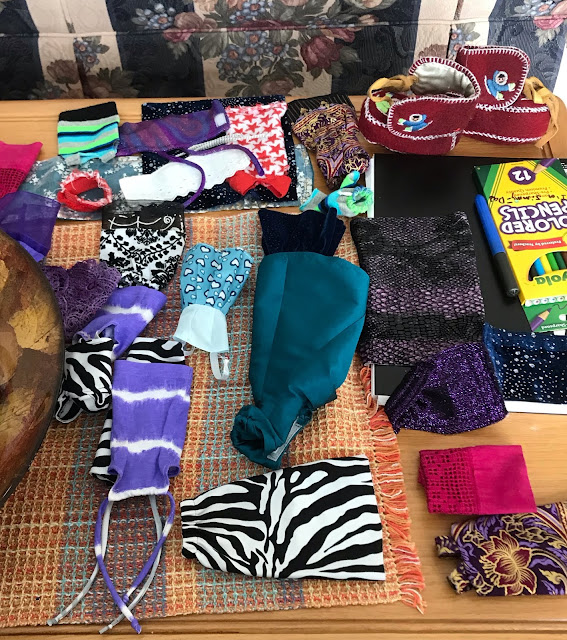 A few early Christmas presents too.  These are doll clothes for a Barbie.  Only the seamstresses among you will appreciate how much Mrs. F.G. enjoyed preparing this gift! 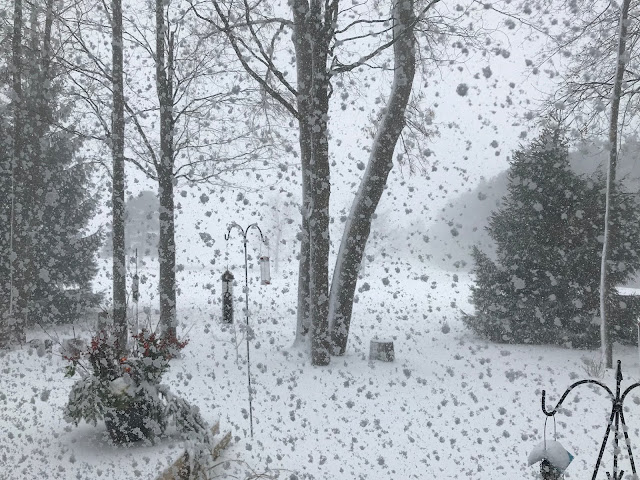 At the moment it's snowing so heavily that the window is covered with tiny white patches, and the world outside is quickly turning white again.  It had been almost green, though quite icy after two warm days,  Glad they got away early this morning on their way to the airport.
Posted by The Furry Gnome at 12:05 PM