Yesterday was a snowy one here, with blowing snow squalls making driving miserable until about two o'clock.  Our caregiver initially cancelled but later, when it cleared up was able to come after all.  In the meantime here are a few pictures to show you that it is actually winter here (and cold too)! 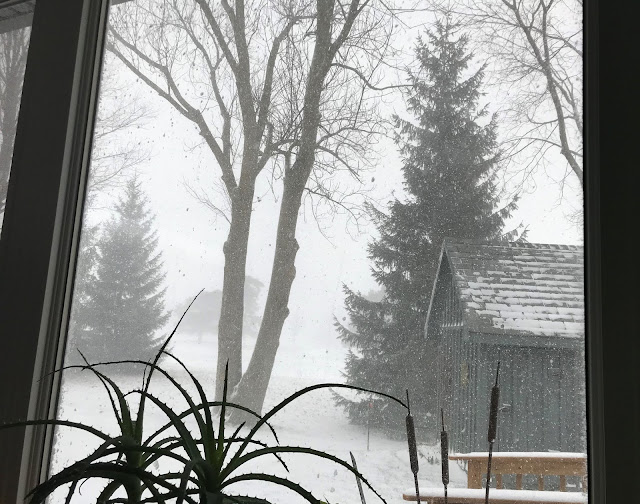 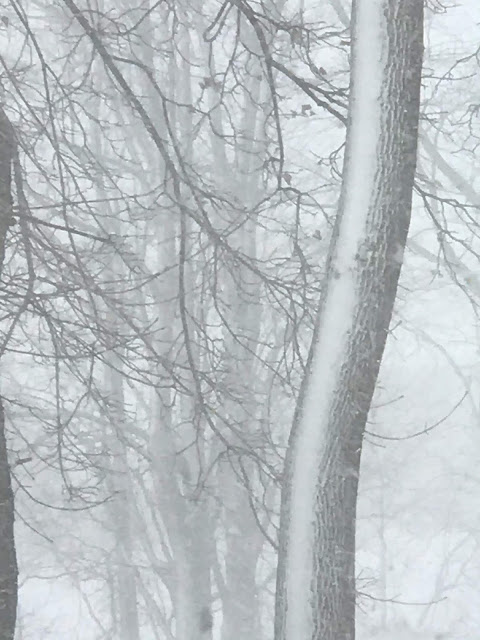 Snow squalls fed by streamers off the Great Lakes come and go, blowing hard one minute and less so the next.  At times you really couldn't see anything beyond our back yard. 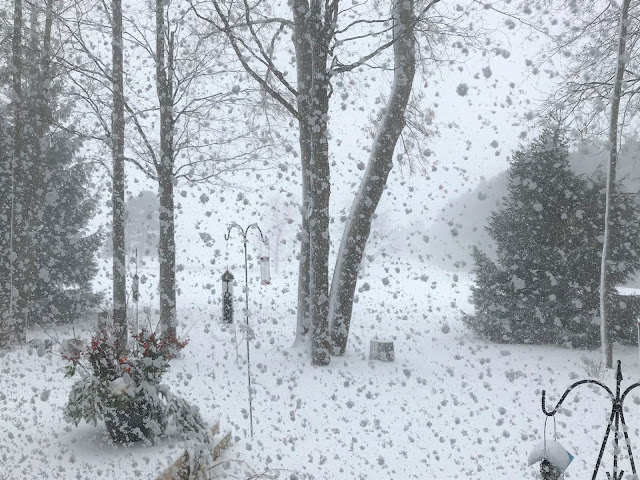 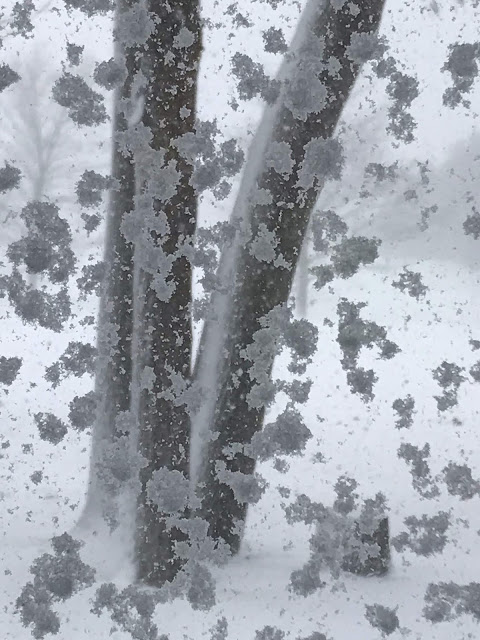 I went to my favourite living room window and it was speckled with little patches of snow.  Not wet snow, just white fluffy stuff blowing so hard it stuck to the glass.  I couldn't really get a picture at all. 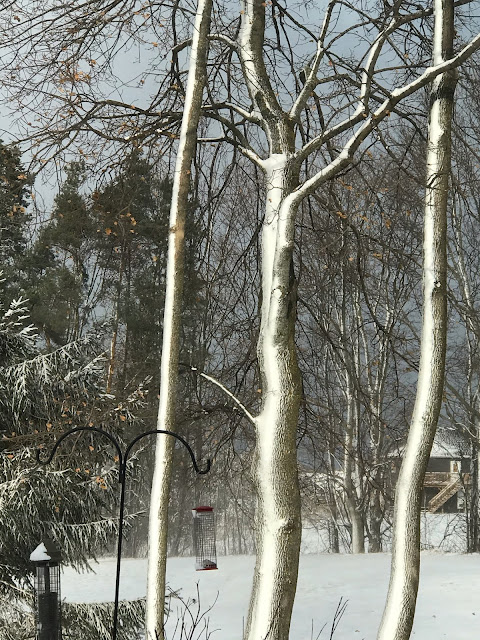 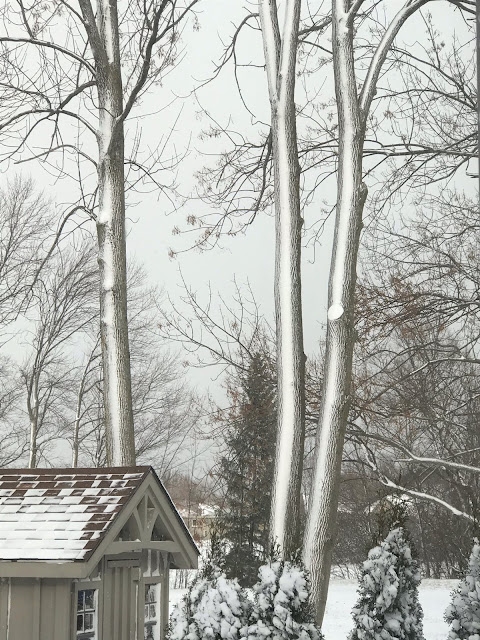 Then out popped the sun for two minutes before another snow squall blew in.  The problem with these snow squalls is not the depth of snow they leave behind, though sometimes that happens, but the visibility that is suddenly shut off by a curtain of white.  It happens so fast that it surprises you, no matter how much you know it's coming, and then the driving is treacherous.