I have to admit that I'm not getting out to get pictures now that winter is here as much as I do in the summer. And now having missed most of a month posting, I'm going to have to back up and use pictures from the past few weeks. Hope that this seasonal disjunct doesn't throw you for a loop too much.  Just remember there's actually snow on the ground here.  Today's photos are from a beautiful sunrise two or three weeks ago. Again the pictures were taken by Mrs. F. G. 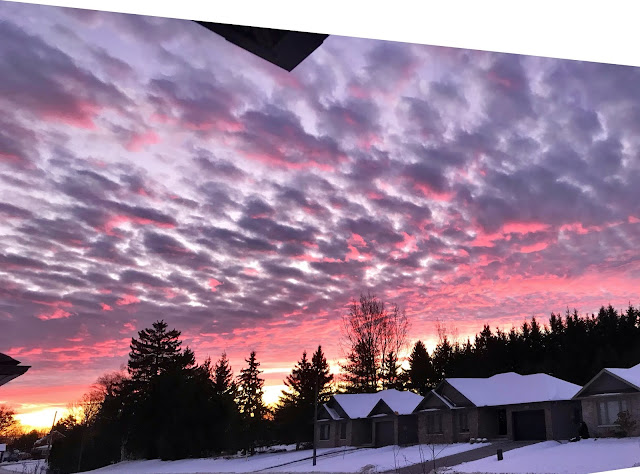 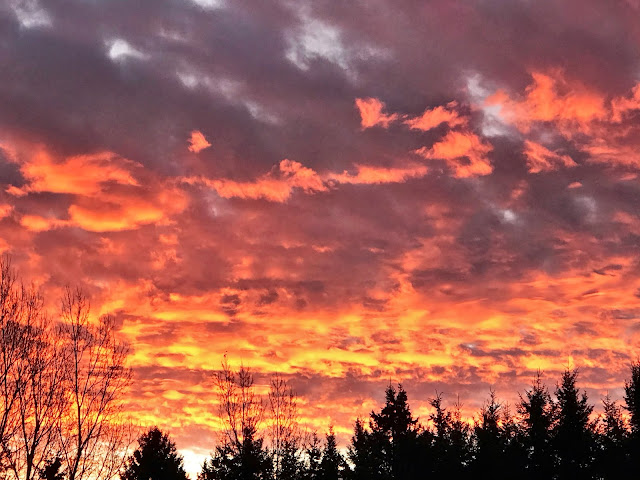 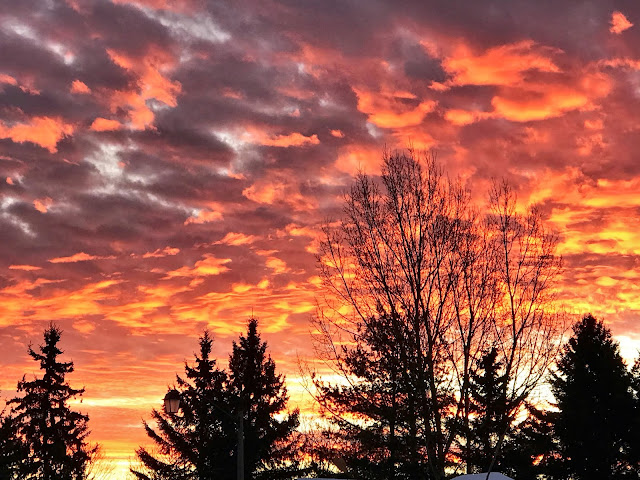 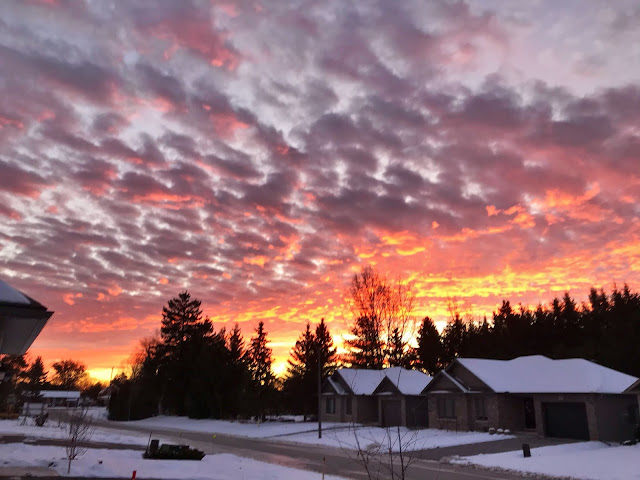 Amy, from New Zealand asked yesterday how cold it gets here.  Well, much of the winter here ranges between freezing and -10° C, but there are regular days when it's more likely between -10° C and -20° C.  But every year we can count on at least one week to 10 days of -30°C or so. If that comes with a strong wind that can be bitterly cold! But often the coldest days are actually the rainy days that are just above freezing in November and everything feels so damp.  By the time the -30 days arrive in late January or early February, we're used to winter so we're prepared for it.  At any rate it's likely a lot colder than the north island of New Zealand!
Posted by The Furry Gnome at 11:39 AM