It's a good old-fashioned snow day here today, about 8 or 10 inches last night with blowing winds making driving hazardous.  Our caregiver didn't even get here last night (he drives from Owen Sound), and we ended up having a peaceful evening to ourselves.  I even got to stay up late.  Amazing how you get used to your new life with two different daily caregivers, early bedtimes and late mornings  and slide into thinking it's normal.  I think we're both pleased that we've reached the point where it's not a disaster when one doesn't arrive and we have to take care of things ourselves. 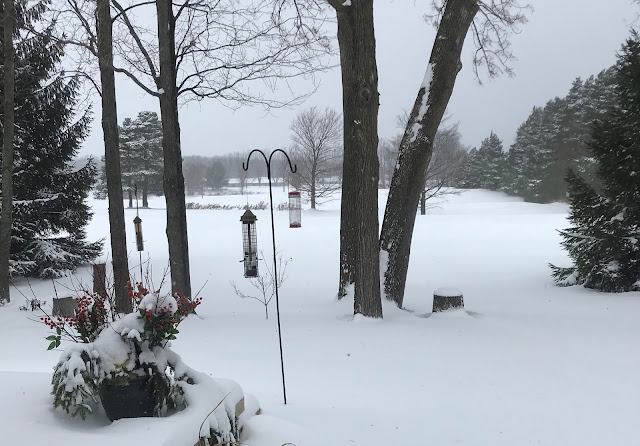 The world does look completely white outside this morning, and the street out front was busy as the men of the neighbourhood got out with their snowblowers. 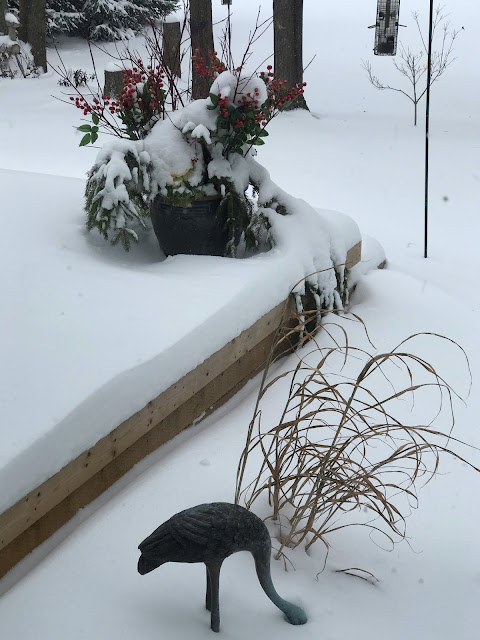 You can see along the edge of the deck that the snow here is about 6" deep; out front in places it's more like 12".  The wind blowing across the golf course and down the street makes a big difference in sniowfall accumulation. 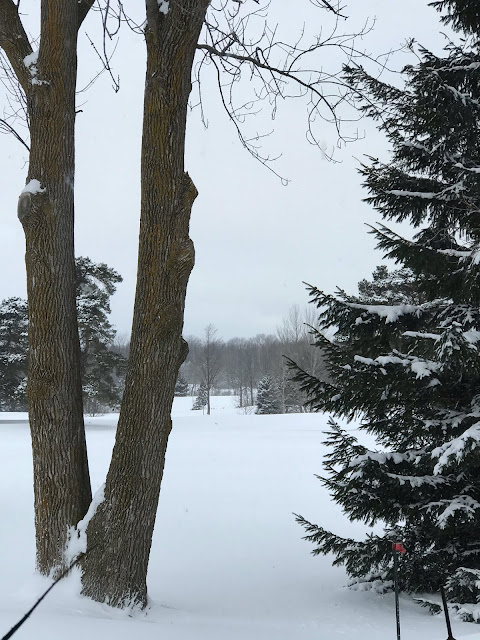 Looking through to the far side of the golf course - you're looking across three small valleys and their accompanying streams toward the woodlot in the farthest distance.  Someplace in the distance they're building new retirement bungalows on what used to be the practice fairway.  When I see the lights of the first few complete ones it's as if we have new neighbours. 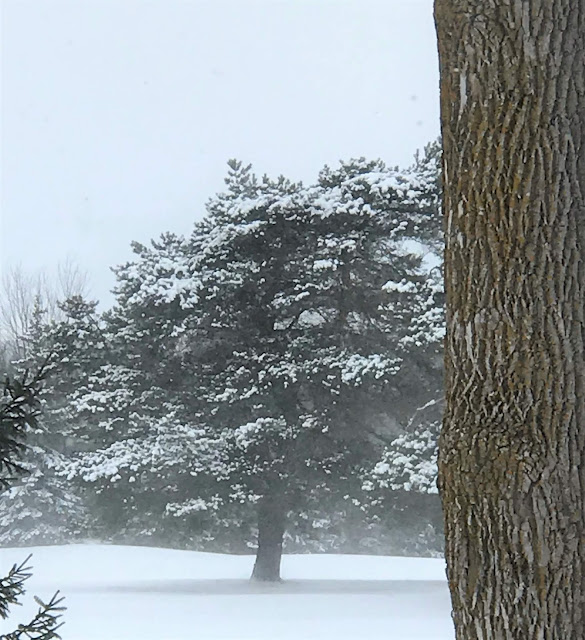 Looking northwest this pine tree stands out in splendid isolation along one of the fairways. 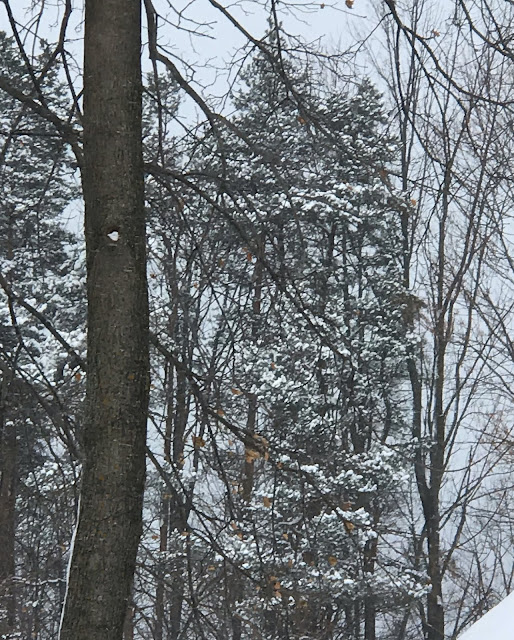 And looking northeast I can see some tall Scots Pines laden with snow beyond the tangled branches of the Norway Maple, which did finally lose its leaves in early December. 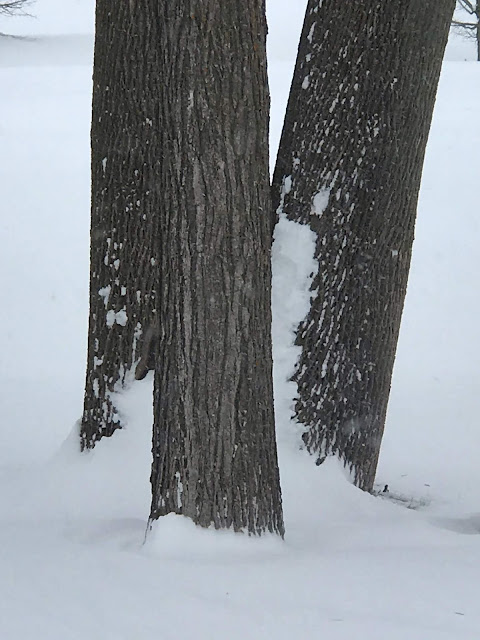 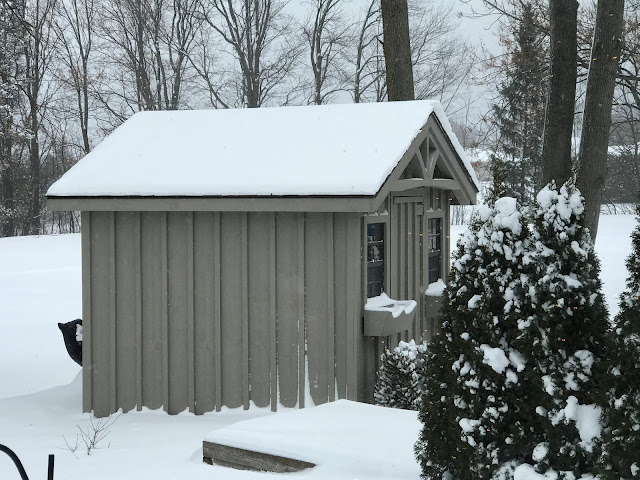 I just like the three largest trees out back, as well as the view encompassing our neighbour's shed.  Can you tell the difference in the bark of the Sugar Maple in front and the two White Ash behind?  Our neighbour still plants the tiniest veggie garden I've seen in that raised bed in the foreground.

There are three levels of snow blowing or plowing that happen on our street on a snow day like this.  First the guy who blows out a few driveways comes along and shovels our front sidewalk; later he arrives and blows out our driveway with a big tractor-mounted snowblower.  At some point in there the town plow plows out the street, leaving a big ridge of snow across the front of all our driveways.  Finally there are three neighbours who are particularly helpful to the rest of us.  They get out their snowblowers, do their own driveways, and then blow out out any of us neighbours who need that snowbank across the front of our driveway taken care of.  By 9.30 or 10 the whole street looks clean and life goes on.

Meanwhile I think it's the first day when school buses aren't running here, even though most schools are open if kids can get to them.  But in rural areas a lot of kids won't get there (no more walking a mile uphill in both directions in a blizzard today!).  Indeed, even in Owen Sound, thanks to the consolidation of former public schools into one large vacant high school, most children are bussed to school.  Days like this are either a play-filled adventure for the kids or a troublesome headache for working parents.  We're all waiting to see what the rest of winter will bring!
Posted by The Furry Gnome at 12:15 PM