After the Winter Solstice which we passed through on the weekend, the days are getting longer - a huge reason to celebrate, and something I watch for every year.  Every Winter Solstice I think of the Stone Age people who built the great stone monuments on Orkney, off northern Scotland, monuments which we had the chance to visit in 2011.  They too were aware of the significance of this celestial event and celebrated. 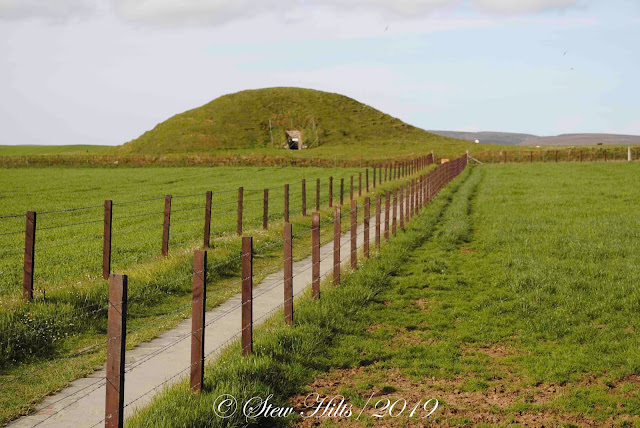 Maeshowe, an enormous burial mound near the Ness of Brodgar, makes the most explicit reference to the Winter Solstice. 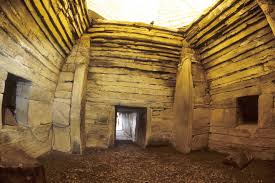 Here you enter the mound crouched down through a tunnel just over 3 feet high and once inside find yourself in an open room surrounded by towering walls of sandstone blocks.  They say these blocks are fitted together so tightly that you can't even slip a knife between them - this in an era 5000 years ago, long before metal was in use.  Just think about that for a moment.  That's earlier than Stonehenge and earlier than the Egyptian pyramids! 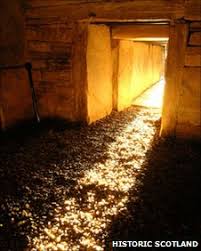 Not only did they know how to build monumental structures out of stone, they had incredible astronomical knowledge, for this burial mound is built such that on the Winter Solstice the setting sun's rays shine straight through the entrance tunnel onto the back wall.  How did they figure that out?  It makes me wonder what other sort of knowledge they had, and if perhaps we've lost some of it along the way!  In any case I find it always humbles me.  Enjoy our longer days.