I got a great book for Christmas, Beyond the Trees, by Adam Shoalts, the story of his epic paddle/treck across the Arctic beyond the treeline, from the Dempster Highway to Hudson Bay.  I'm already nearing the end of it, and really enjoying it.  It's got me thinking about my own adventures, which has taken me back to one of the last hikes before I ended up paralyzed. 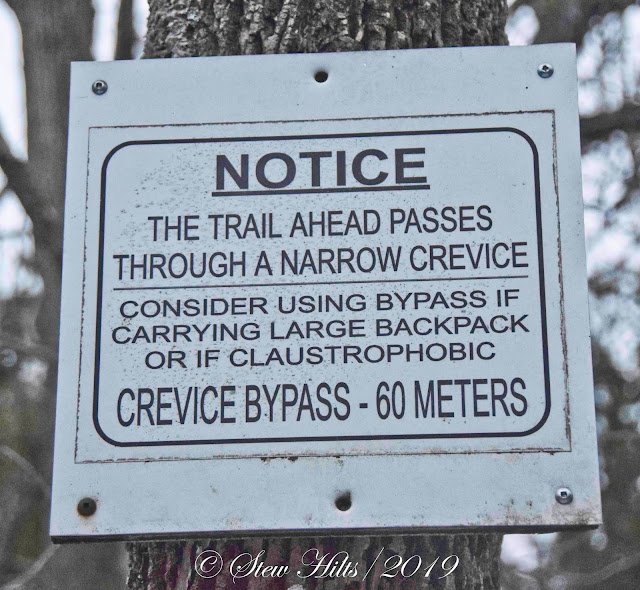 It was this sign, and the accompanying description in the trail guide referring to "those hikers who might be claustrophobic..." that led me to choose this section of trail, and given the apparent risk, I asked a friend to come with me.  I've explored many crevices without any warning signs so this one should be an interesting challenge. 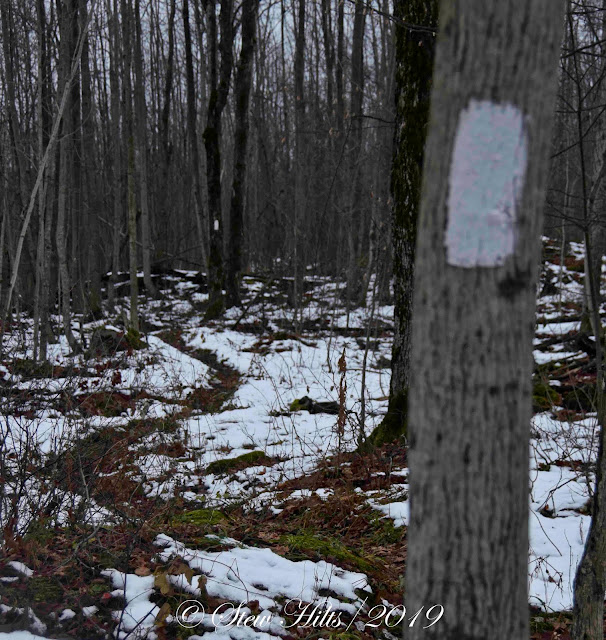 The trail started off innocently enough, a clear path through the woods in a land covered in a thin layer of white stuff. 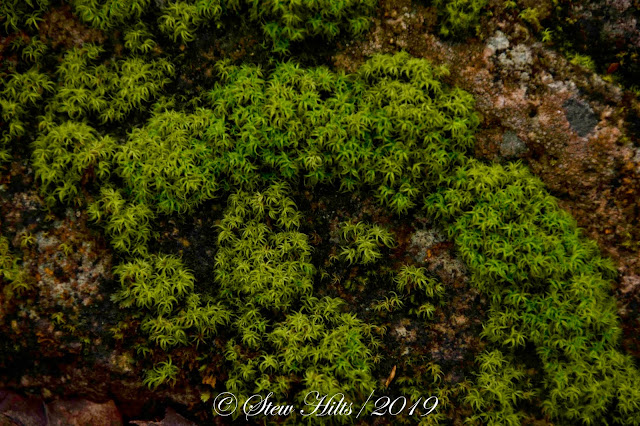 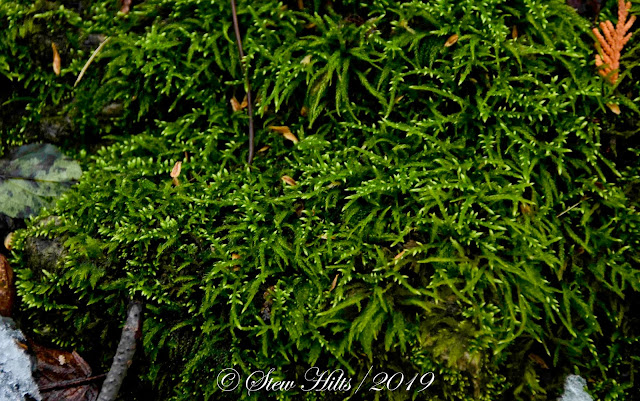 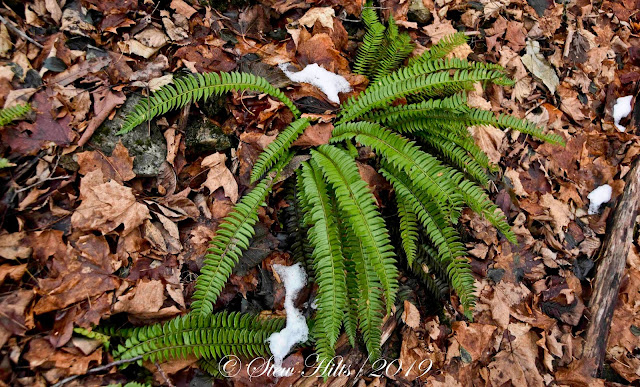 We saw lots of ferns and mosses which obviously didn't mind the damp cold conditions, if anything looking greener than ever. 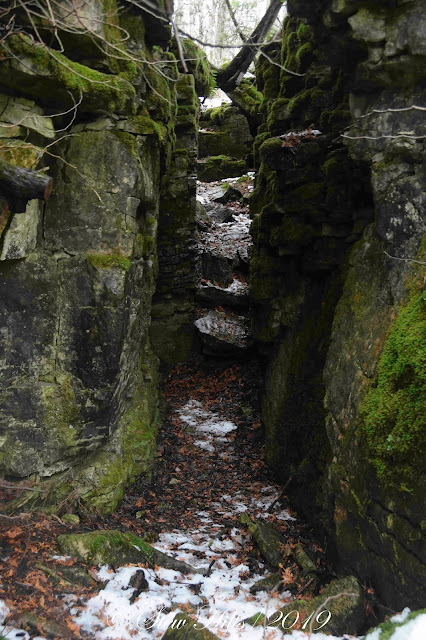 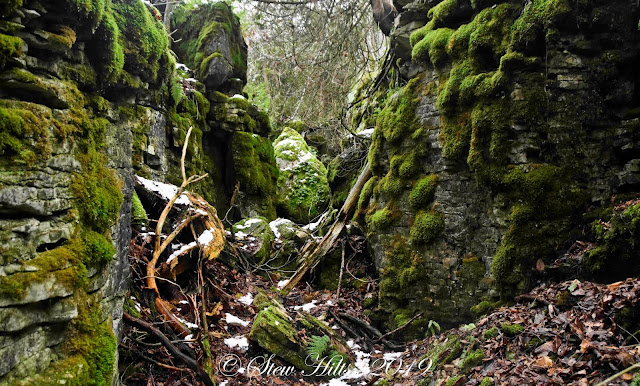 Eventually we came to the crevice, a path through the moss-covered rocks that didn't look too difficult to me. 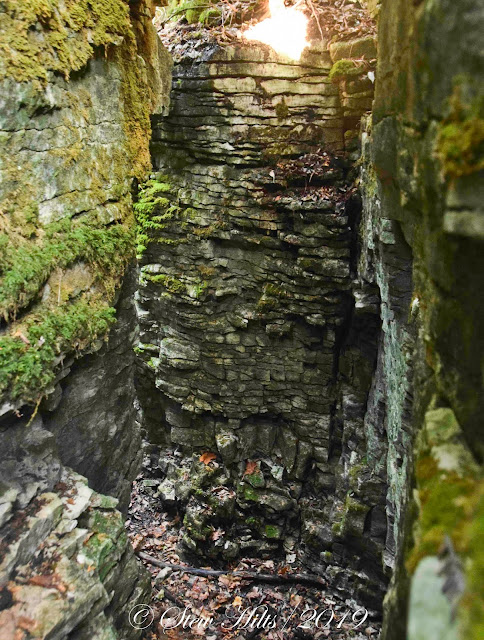 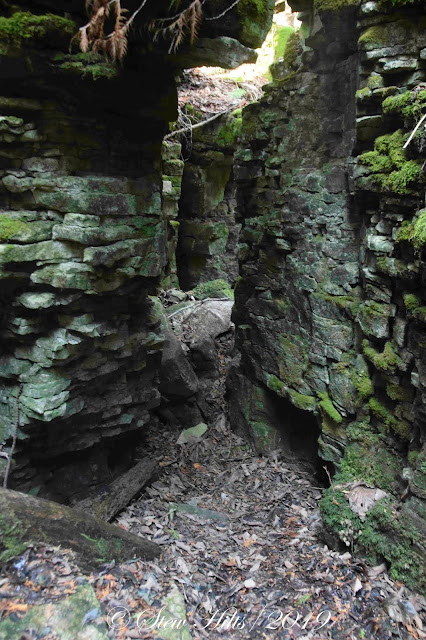 The crevices were about 15-20 feet deep, and pretty easy walking.  At least there was only a little climbing over boulders.  It certainly was narrow in places. 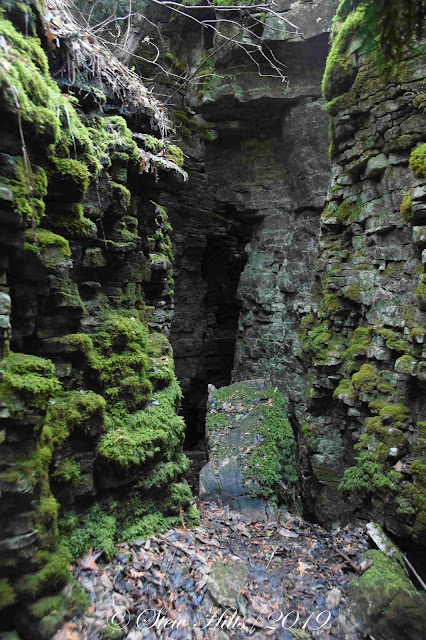 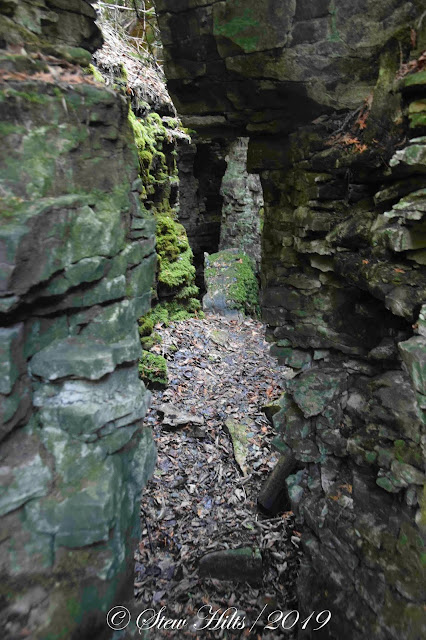 But my fellow hiker mentioned that he had a touch of claustrophobia and was actually finding this a little difficult.  He found a place where he could climb out and take the bypass trail, while I met him at the end. 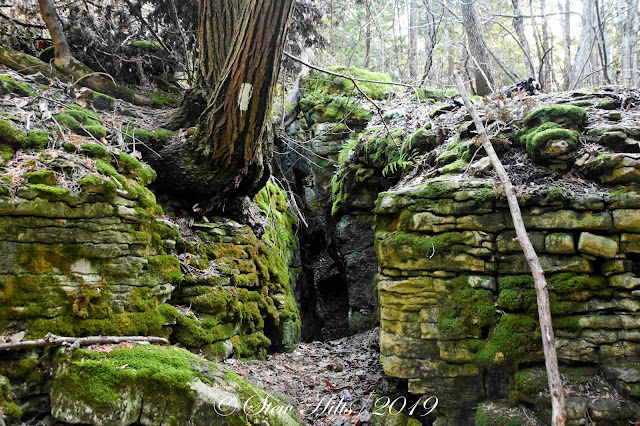 It made me think of how I feel more 'claustrophobic in a crowd of people; this adventurous hike off by ourselves was just fine for me!

The snow is pretty well gone now as we've had a remarkable mild spell for over a week.  But it's about to end with a 'Texas Low' sweeping up from the gulf bringing lots of rain starting tomorrow afternoon.  The trouble is that Arctic air is sweeping down at the same time, so the forecast is for a serious (the Weather Network says 'treacherous') episode of freezing rain with dangerous roads and power outages.  We'll see what tomorrow brings!  We're just outside the danger zone, so hopefully we'll escape the worst of it. 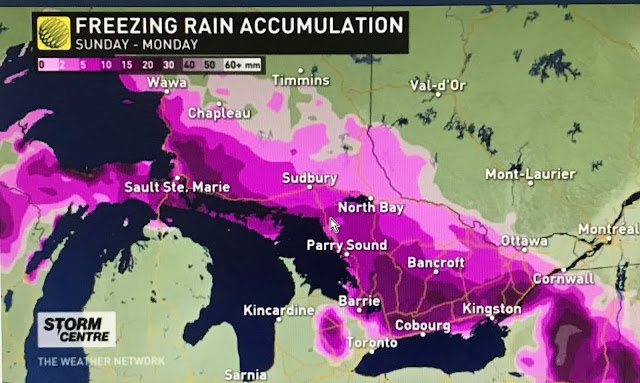