I can't help but pay homage tonight to Notre Dame Cathedral, the 400 firefighters trying to save at least the stone framework of the building, and to France for whom Notre Dame is such a central symbol.  At 850 years old, it was one of the most iconic medieval cathedrals in the world.  We've only been to Paris once, and we did not go inside the church, but we walked through the plaza outside and admired it.  Any building that could stand that long deserves a lot of admiration. 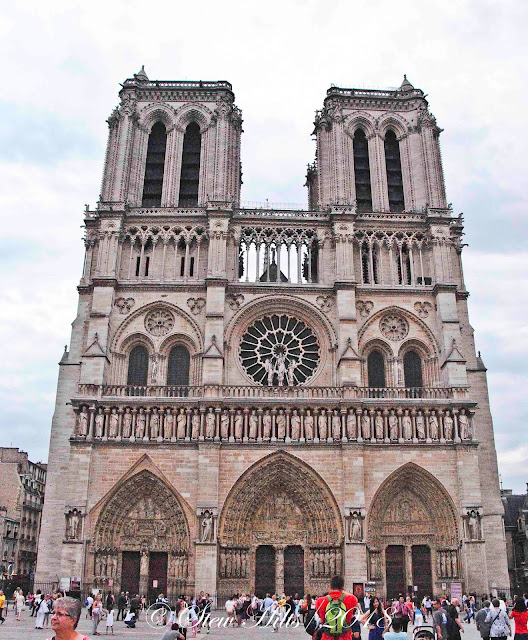 Notre Dame is located on the Isle de la Cite, in the Seine River, facing northwest.  This the front facade where you line up to enter the church, with its two huge square towers.  As I write this, the news is saying that at least one of these towers is on fire, while firefighters work to save the other. 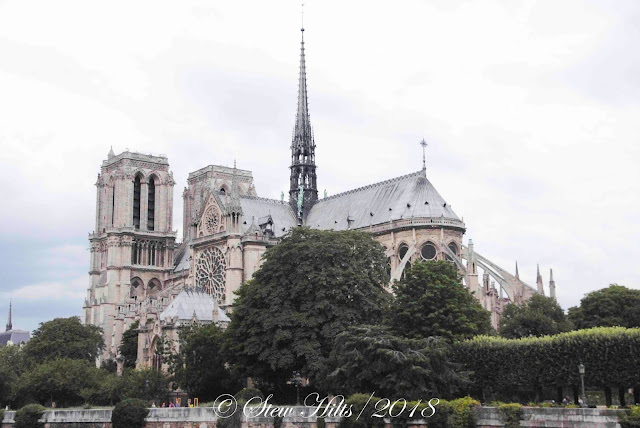 I found the east end of the cathedral to be more interesting architecturally, with the numerous flying buttresses and the tall pointed spire, now collapsed.  You can just see one of the three rose windows, this one the south one, on the left side of the building.  It appears that the entire roof has burned and collapsed, the wooden beams from the 12th century presumably tinder-dry.  The spire dates from the restoration of the mid-1800's. 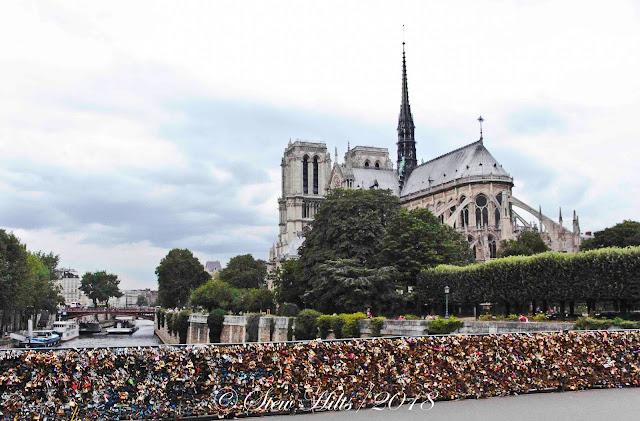 This picture, from one of the bridges over the Seine shows a bit more of the context, the river itself and the solid collection of locks padlocked to the railings.  You get a better view of the flying buttresses here too.  All of France will be mourning the loss of this great symbol.  Our hearts go out to them.
Posted by The Furry Gnome at 4:52 PM