With the end of freezing temperatures overnight, maple syrup season here has ended, but of course that means it's time to go out and buy our supply for the coming year.  (Though at the rate I'm using it, our supply will be gone by summer!).  We headed for the Kemble Maple Syrup Tour, just northwest of Owen Sound.  This is the only operation we visited and by far the largest of the seven farms that were involved.  We knew this one is wheelchair accessible. 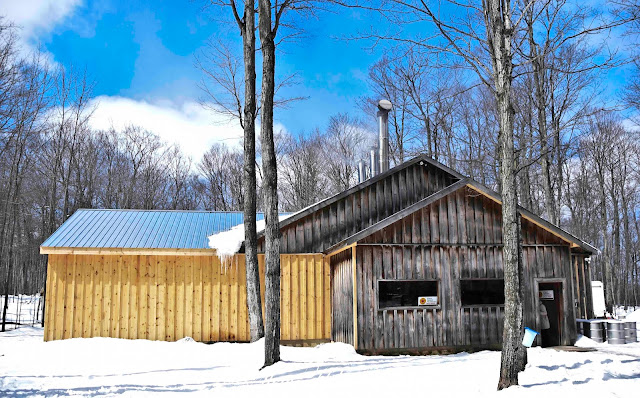 Have you ever seen a sugar shack this large?  The main building holds the evaporator, while the new part on the left holds collecting tanks for the sap.  The windows mark the final bottling area and store.  This farmer taps 6000 trees, and attempts to make a full-time income from 200 acres of sugar bush. 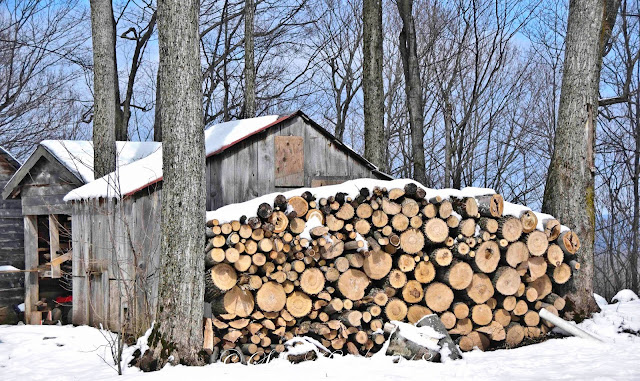 You might think of maple syrup season in March and April, but the hard part actually starts the year before with firewood cutting.   Here they trim out the Ironwood to manage the bush for greater sap production in the future. 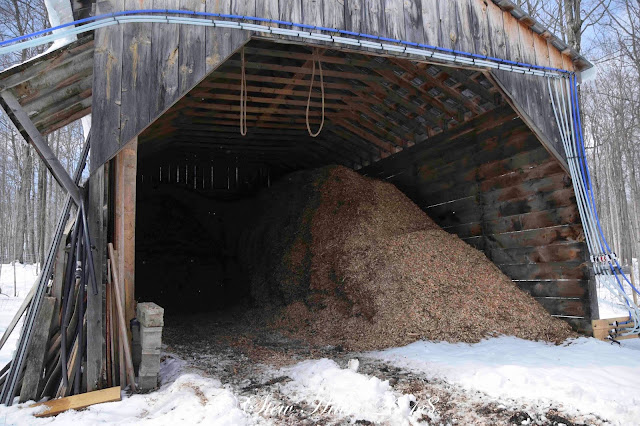 In this operation, the wood is all chipped and stored under cover a full year in advance so it dries out. 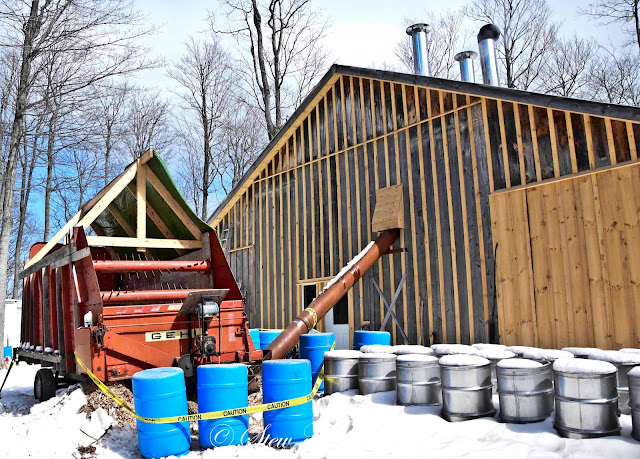 The chips are dumped in this old wagon and drop into that pipe leading into the sugar shack. 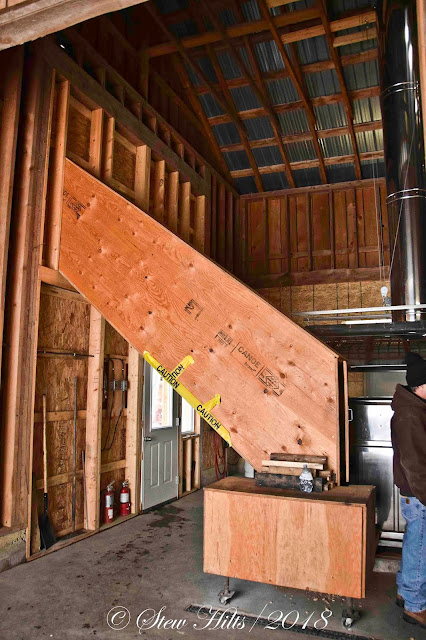 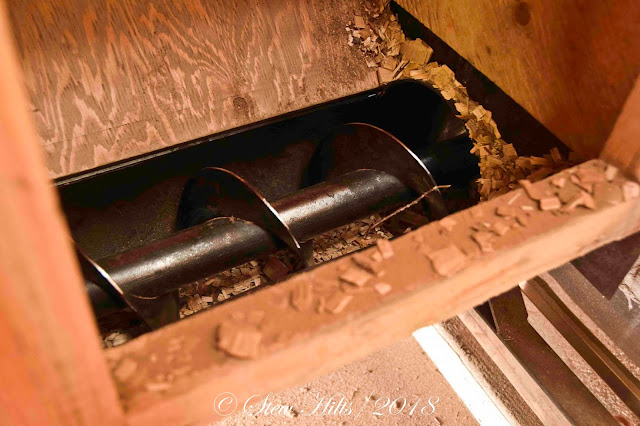 The chips drop down the chute and are fed into the firebox by this auger.  So there goes your image of the farmer tossing pieces of firewood into the firebox - still the normal way to do it, but here they're trying to mechanize everywhere they can. 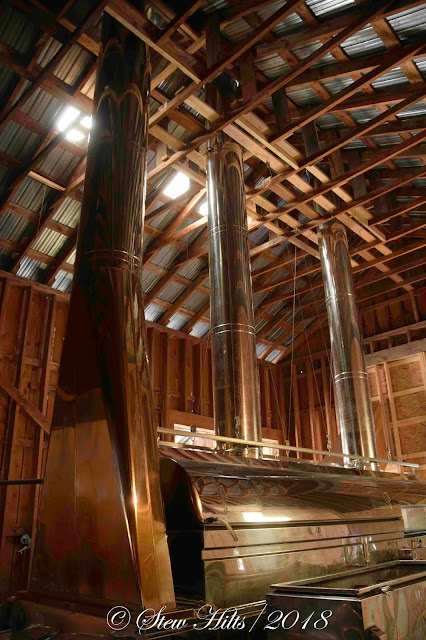 There are two huge pipes to vent the steam, and one for the smoke from the fire.  The fire simply boils the water in the sap, while the syrup gets ever more concentrated. 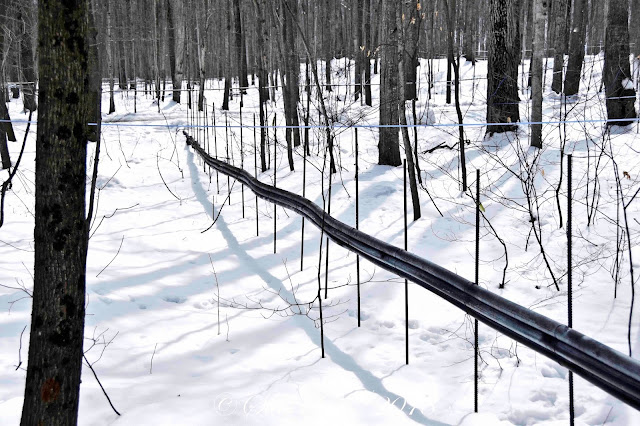 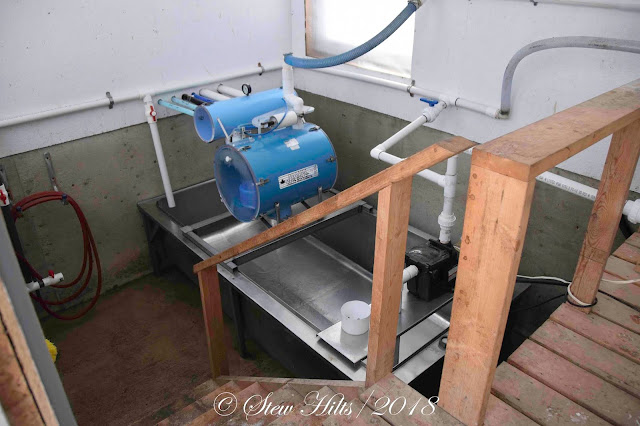 The other side of the operation is the collection of sap in the bush.  All big operations now use plastic piping, larger and larger as it nears the sugar shack.  This farm has a pump below ground level, pulling the sap in and pumping it to the collecting tanks.  Spigots are all pulled out now, and will be put in again (in a new spot) next February, another big task, necessitating all the family help they can get.  The snow is likely to be 3 feet deep, so that work is done on snowshoes. 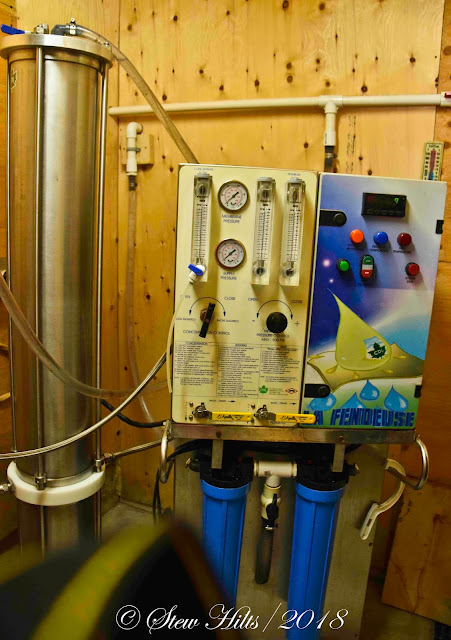 Before the sap moves to the boiler, it goes through this reverse osmosis machine which removes up to 75% of the water, greatly speeding up the process of boiling. 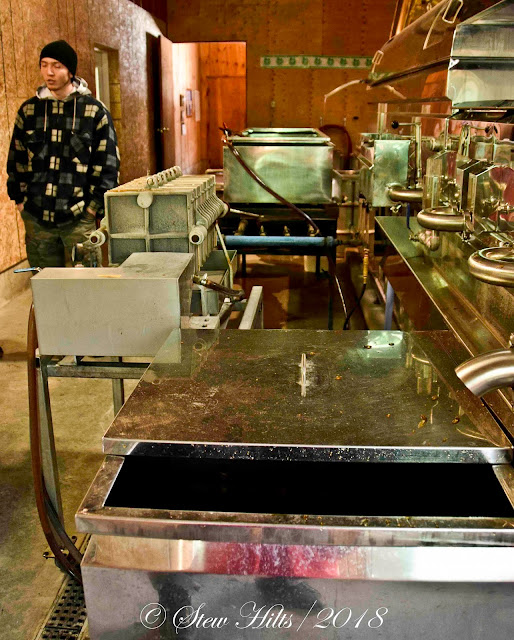 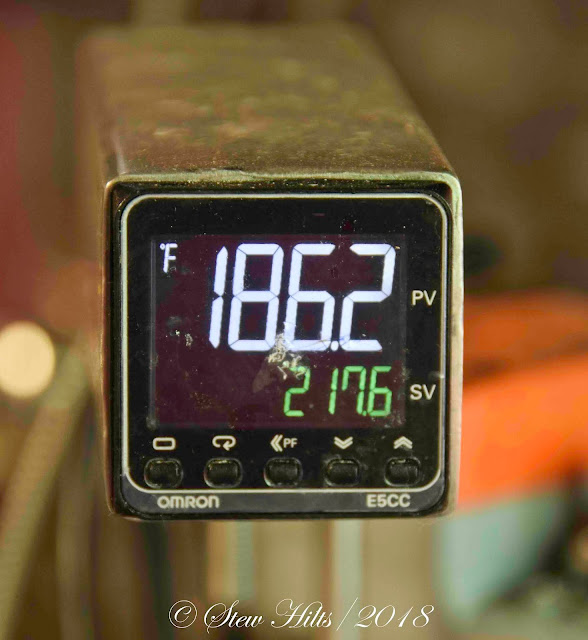 A sequence of operations alongside the big evaporator is used to finish the syrup, which is a very exacting process.  Temperature is critical, and in our experience with a home scale operation years ago, you've got about ten seconds to mark the difference between perfect syrup and burnt pots! 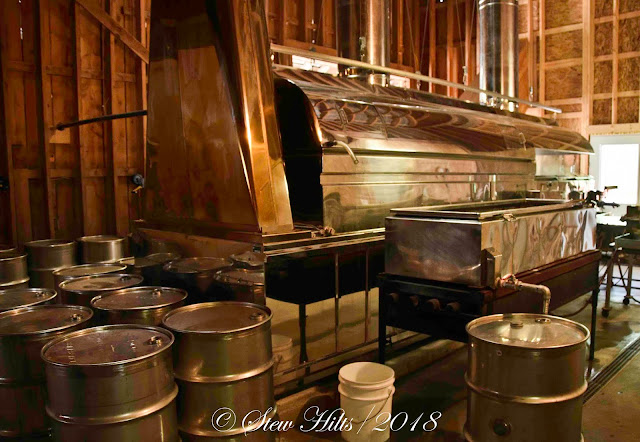 You can see the tap where the syrup is drawn off the finishing pan directly into the food grade oil drum.  This farmer stores his syrup in the drums and only draws off what will normally sell in any given week.  They show up at about 6 farmer's markets in the region to sell it.  They normally get about 60 barrels, but this year got 79 - it was a very good year! 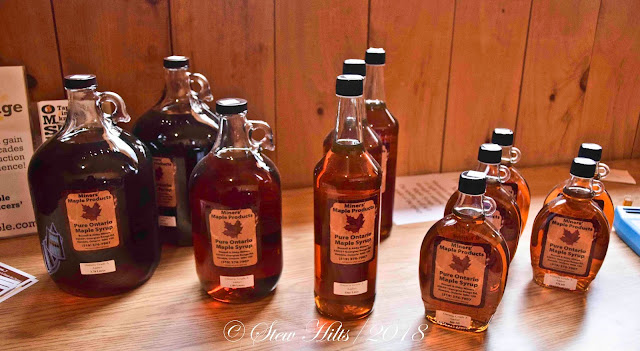 And this is the final product.  We bought a two litre jug and were very happy with our visit.  All the photos in this post date from 2016, since iphone's "live view" messed up my photos this year!
Posted by The Furry Gnome at 5:14 PM