The first place we stopped on that sunny afternoon drive was a secret spot where we watch for Skunk Cabbage every spring.  Described by some as the very first native wildflower to bloom here, it's a hollow purple spike emerging from the ground down in the swamp - often right through the ice or snow. 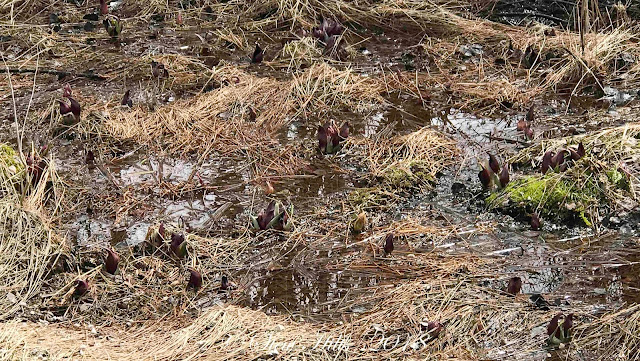 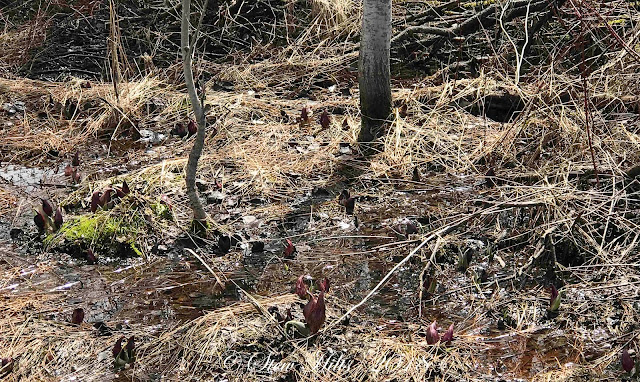 The wet ditch here is filled with skunk Cabbage spikes or spathes coming up.   The tiny flowers are held on a small spadix that is hidden inside the spathe. 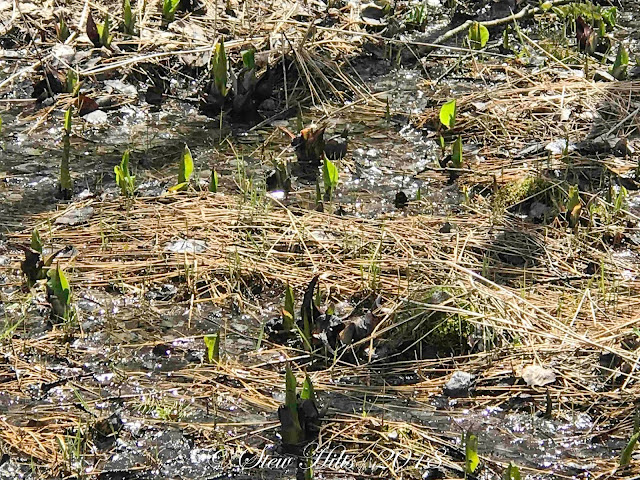 Skunk Cabbage leaves are bright green, as seen here, and mature to be enormous in size.  They do have an odour, which gets them both their common and scientific (Symplocarpus foetidus) names. 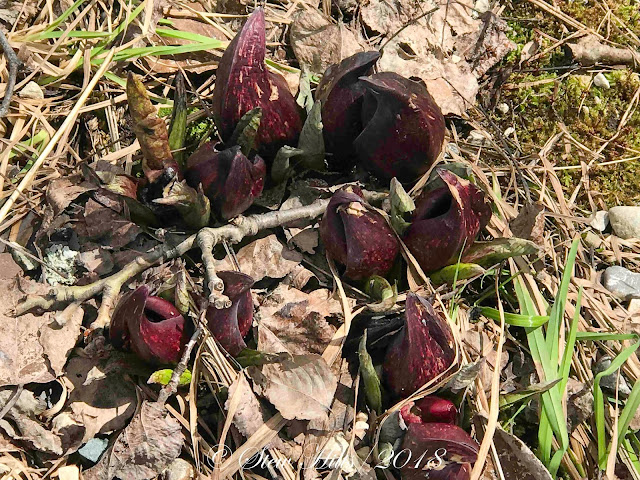 It's almost impossible to photograph the spadix, which holds the flowers, and which can only be seen inside a dark opening in the purple spathe. 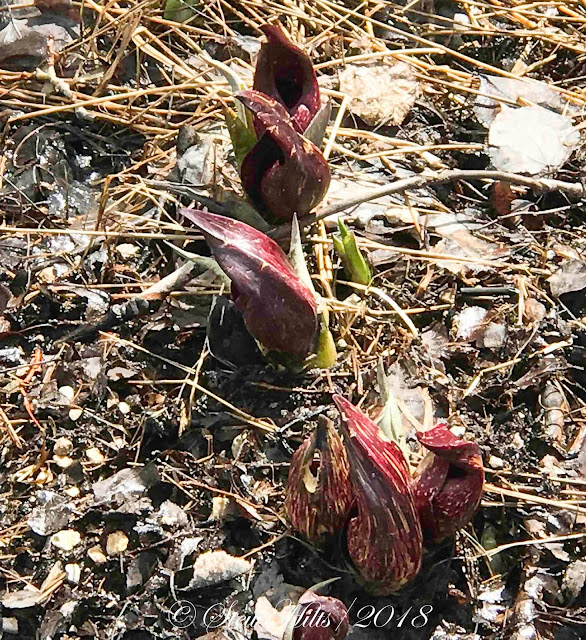 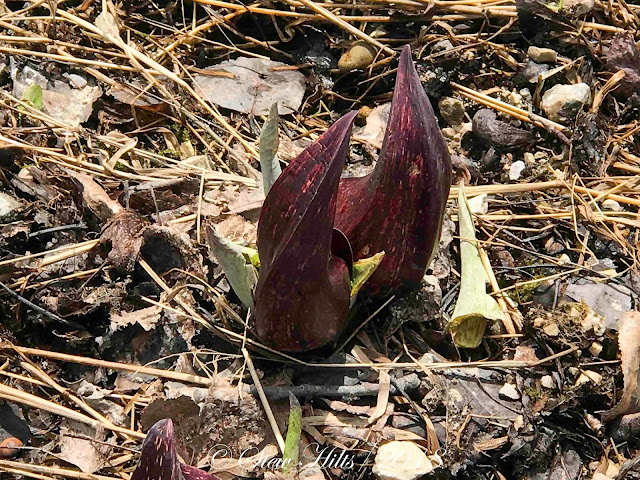 Skunk Cabbage spreads by growing up along a rhizome which can be nearly a foot thick.  With the energy stored in this rhizome, this is a thermogenic plant - it can generate temperatures above air temperature, and thereby melt its way through ice and snow to appear at the surface.
Posted by The Furry Gnome at 4:54 PM