Seeing the Algoma Harvester tied up in the Owen Sound harbour sent me off in search of more information on Great Lakes shipping.  In particular I remembered an article in the Canadian Geographic that I thought would be worth re-reading.  I did a fair bit of chasing information for this post, and that article was worth re-reading. 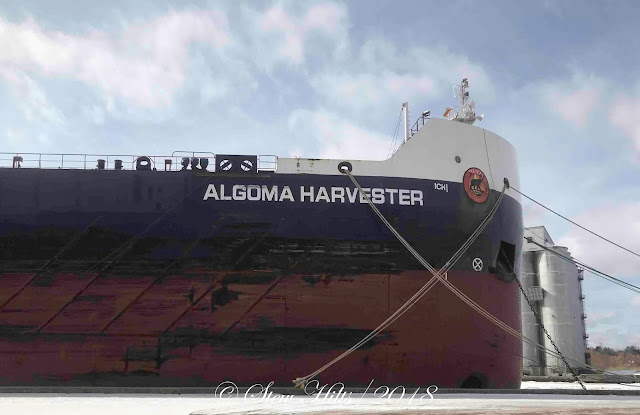 The Algoma Harvester has a rounded bow, with a vertical front line, unlike many ships you may have seen.  This maximizes cargo space, maintaining the wide beam as far forward as possible, as you can see in this picture.  It also influences water flow past the ship in a way I can't explain. 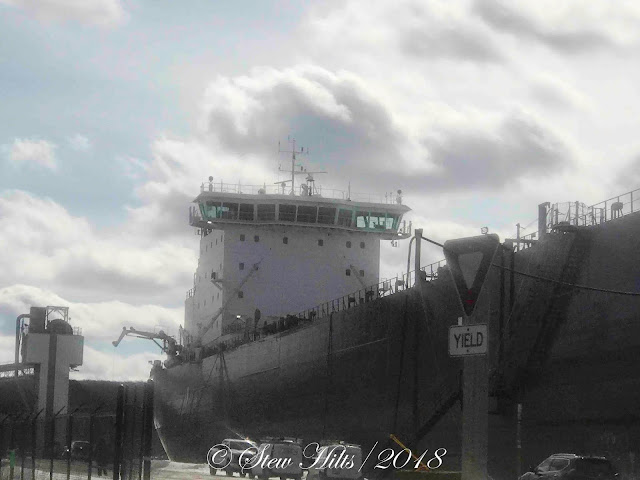 The wheelhouse is at the stern, with no cabins at the bow end.  Imagine steering the bow into a lock when it's 700 feet in front of you.  There are a number of other modern features in the Harvester that minimize fuel use, maximize safety, and minimize environmental impact. 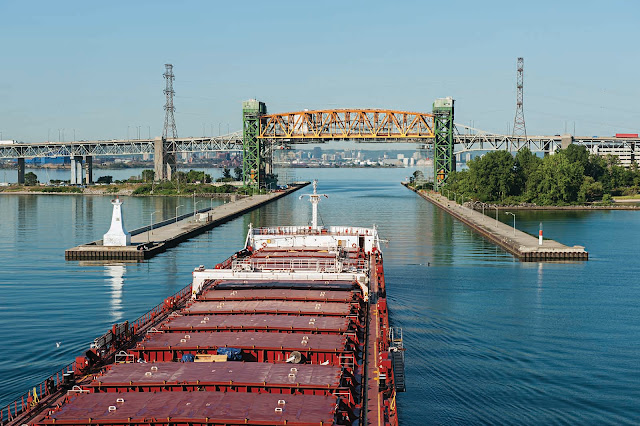 Here is the Harvester heading in to Hamilton Harbour bringing a load of iron ore pellets to DOFASCO.  One of the questions I've always had is how are these ships unloaded.  There are 17 hatches altogether, 11 of which are in this picture.  They fold back or are lifted sideways to open, and then this ship depends on dockside cranes to unload the cargo. 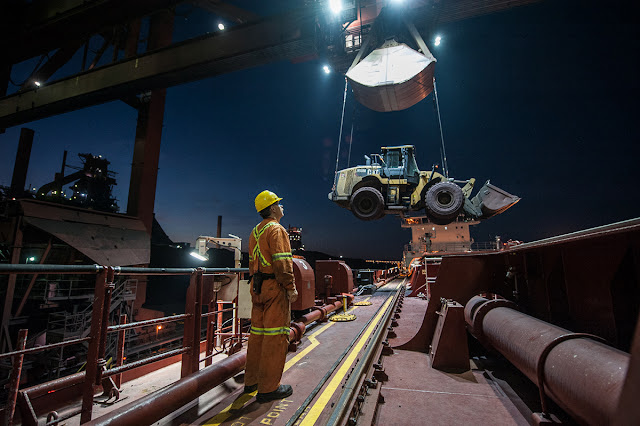 In a gearless bulk carrier like this (ie. having no onboard cranes) this usually involves enormous double clamshell grabs that are dropped into the hold, lift out the cargo, and transfer it to onshore.  This night-time shot from the Canadian Geographic shows both a large clamshell grab, and below it a large front end loader being lifted down into the hold.  As the grab bucket nears emptying the hold, a front end loader is used to keep scraping the remaining cargo into a central pile so the grabber can lift it out.  Crew climb down and help the final bit of this process with shovels. 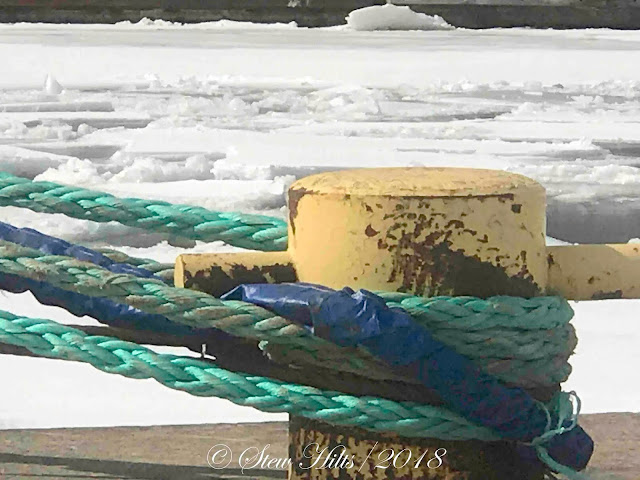 Crew on these ships typically work 2 months on and 1 month off in a seven month shipping season.  They say half of the sailors on the lakes are from Newfoundland.

Much of the ice cover was breaking up, but one fisherman still had his tent out on the ice.  Seems like a cold pastime to me. 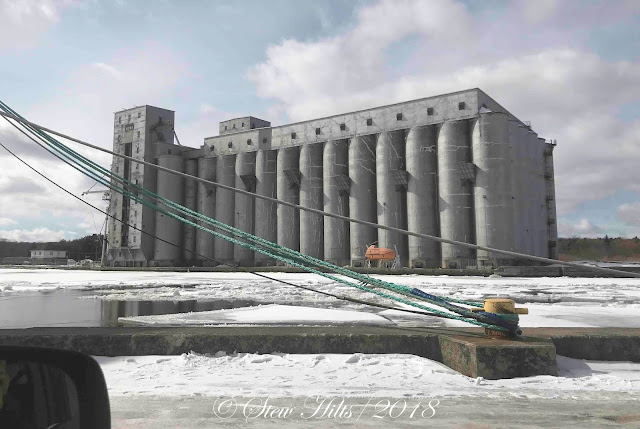 On the west shore of the dock is a huge grain elevator.  I've never seen a ship loading there but I'll have to investigate that.

If you want to read the Canadian Geographic article, you find it here, plus a number of more pictures here.

If you want to follow ships on the lakes, the websites 'boatnerd' and 'vesselfinder' are useful.  The website 'marinetraffic' has an incredible live map showing where all ships in the world are at a given point in time.

Tabor asked yesterday 'how did I know all this stuff?  The answer is simple - I don't.  But on a topic that I find particularly interesting, I will enjoyably spend a few hours looking things up.