Saturday about noon and we headed out for a drive.  Before we even got out of town it started to rain. But we carried on and headed for Collingwood, intent on finding some pots of spring flowers.  Eventually, we were successful. 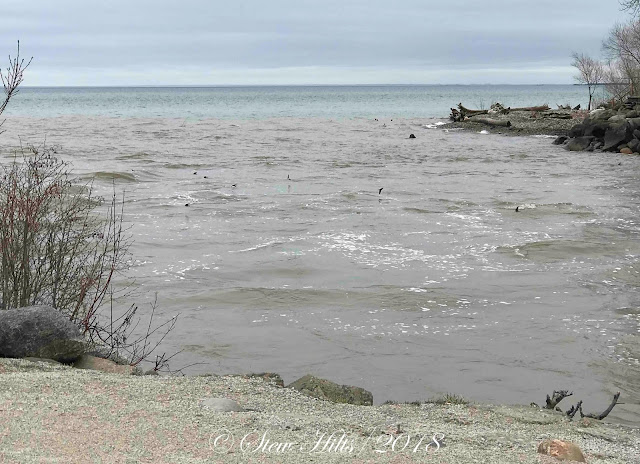 We stopped in to Thornbury harbour to eat our sandwiches, and saw something we've never seen before.  All those black spots are Tree Swallows, zooming around catching insects.  All of them were just in this 100 yards of river, and we wondered why.

Looking closely, it appeared that the waves from the bay were washing in and bumping into the current coming down the river, creating a boiling, churning upwelling in the river.  Presumably the river was churning up the insects, attracting the swallows.  Fascinating! 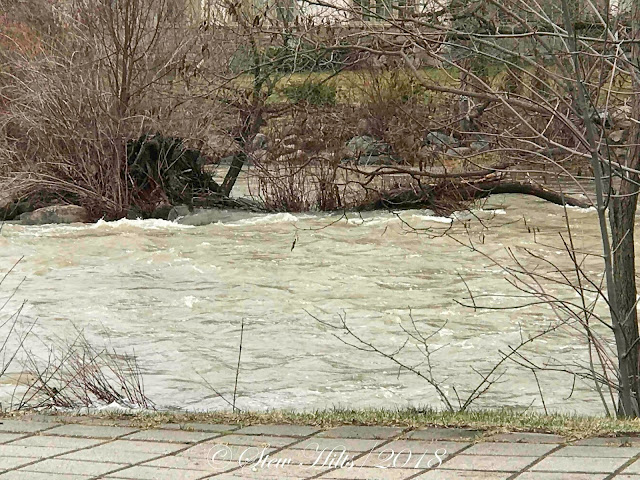 Just upstream you could see the roaring current of the river, 2-3 feet higher than usual after the steady rains in the past few days. 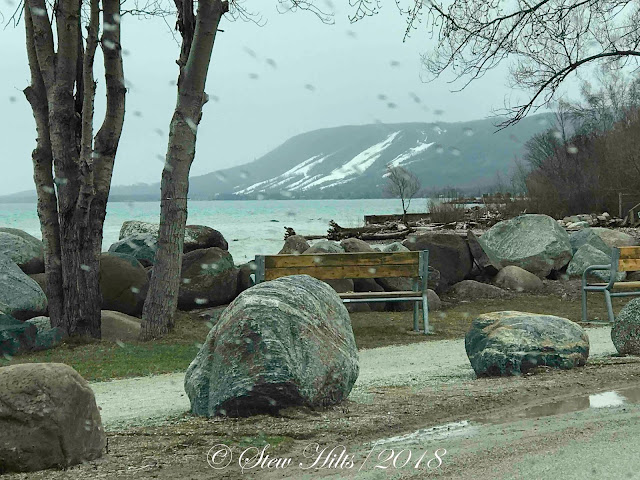 Looking across the bay, you could see that the ski season is definitely over! 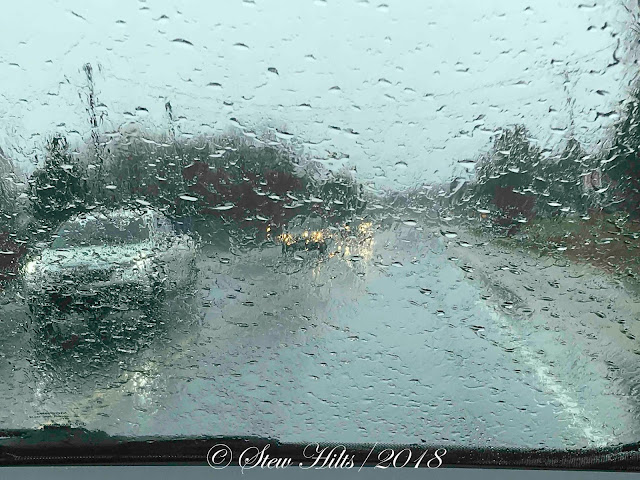 We carried on, but the rain never let up. 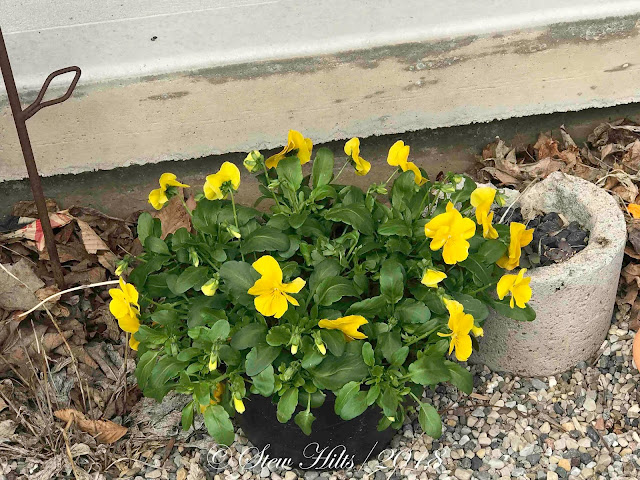 In Collingwood we finally found some nice pots of bright yellow Pansies for sale. 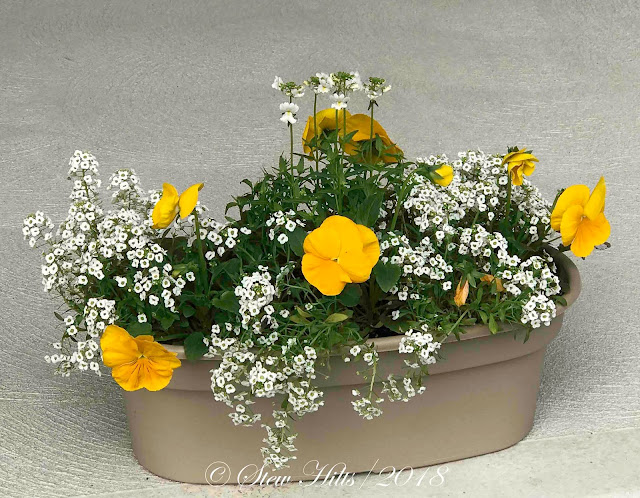 We're not sure the Alyssum will survive but Pansies will survive a frost, or even a few inches of snow, without much problem. 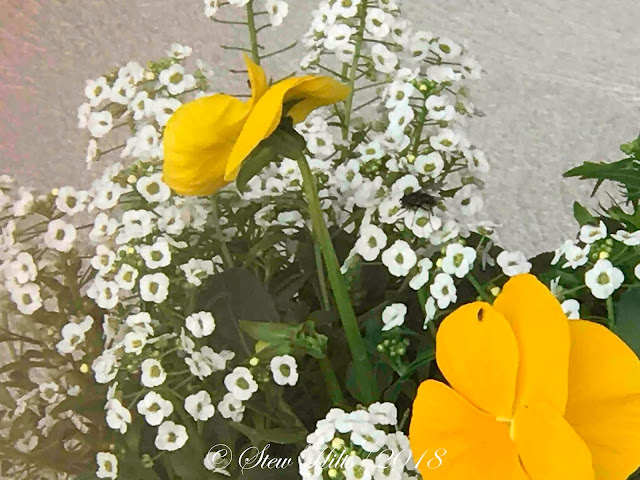 By the time we had put the plants down, the flies and bees were arriving.  We're the first on the street to have some spring flowers growing.