The Algoma Harvester has been wintering in Owen Sound.  Not a busy port in southern Ontario, but Great Lakes ships regularly choose this as an over-wintering location, depending on where they find themselves as the ice closes in.  Rarely does the ice close in on a ship itself; rather it blocks part of the route to other ports leaving the captain no choice but to tie up. 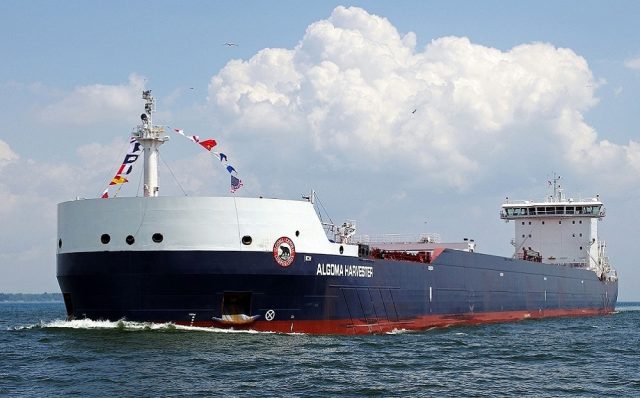 The light conditions were terrible when we drove down to the docks to check out the ship, so I had to borrow a shot from the Algoma Central website.  The ship was only delivered from the Chinese shipyard that built it in 2014, with this nice new paint job.  Looks like it hasn't bumped into many docks or scraped through many canals yet! 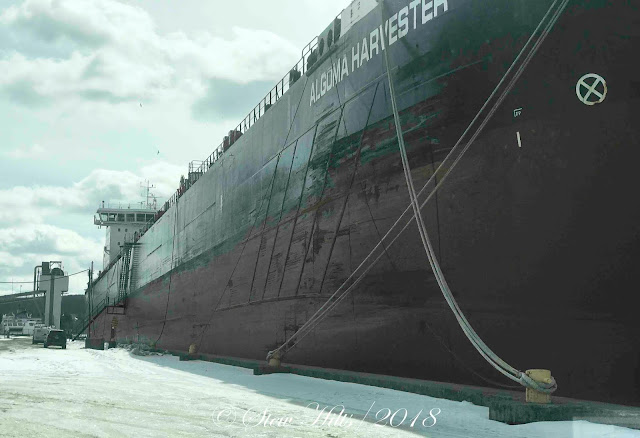 This is the ship as we saw it, looking directly into the sun and unable to get far enough back to get the whole ship in the shot.  As you can see, it has definitely bumped into a few docks and scraped along a canal or two in its 4 years of service.

The limiting size factor for Great Lakes shipping is the size of locks in the St. Lawrence Seaway.  This ship is one of a new generation that absolutely maximizes the size for the lakes (or 'seawaymax'), leaving only a few inches on all sides when it's in a canal lock.  It's not surprising that it scrapes occasionally.  Currently the ship is sitting very high in the water, obviously empty. 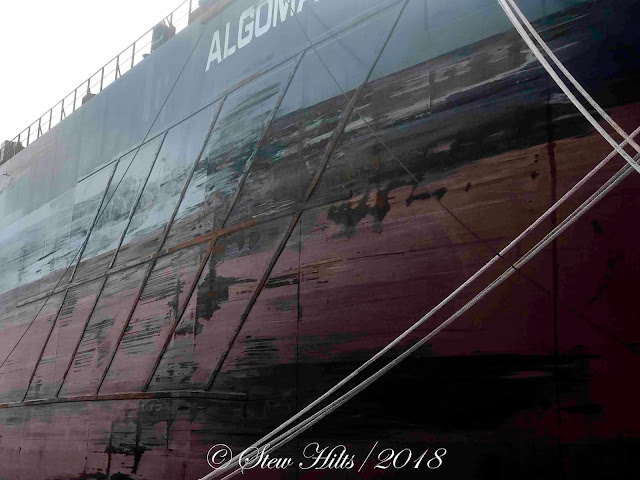 Here are just a few of those scrapes and bumps.  Rather decorative, don't you think? 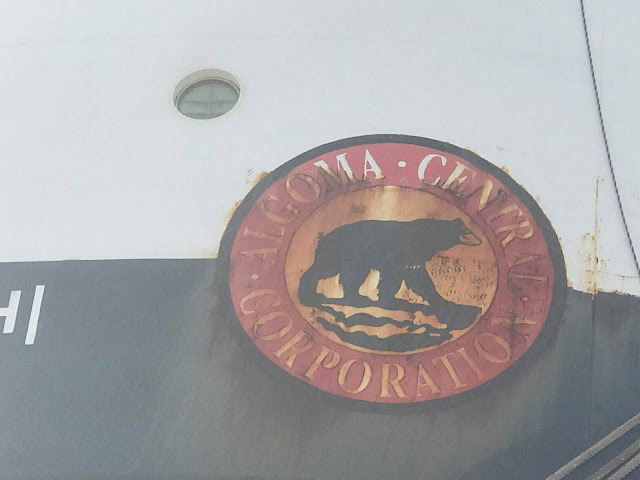 Algoma Central corporation started out as a railway company, developing a line north of Sault St. Marie into the heavily forested 'Algoma country', in return for a huge grant of forest lands.  They were also required to build and maintain a fleet of four Great Lakes ships - the start of their shipping operation, now the largest on the Great Lakes.

The company struggled financially for many years, but in the late 1990's sold off the railway division and their forest land, becoming a maritime shipping company based in St. Catherines.  It focuses on dry bulk shipping of grain, iron ore, salt and aggregates, maintaining a fleet of both self-unloaders (with cranes on board for unloding) and gearless bulk carriers (unloaded using dockside cranes).  The Harvester is a gearless bulk carrier.  A few more pictures tomorrow.