In spite of Live View, here are a few of the birds we've had around recently.  Some of these are returning migrants who mark the coming of spring; others are headed further north.  One has been here all winter, but has dramatically changed colour!


Live View doesn't work too badly for this American Robin.  It gives those two or three short hops at the beginning of the picture. 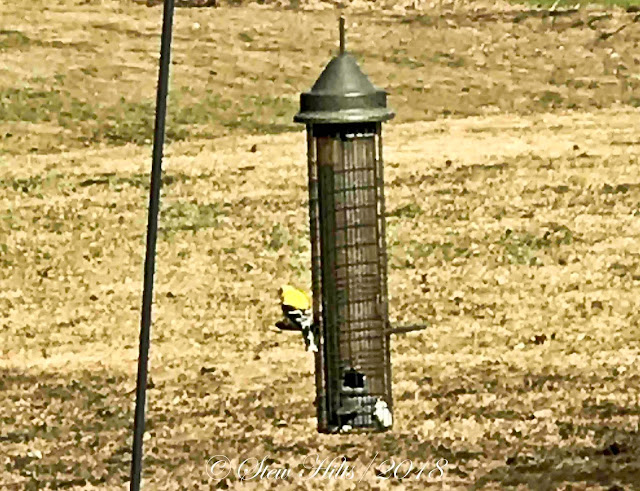 This goldfinch has changed its colour from drab olive green to bright yellow.


And this Downy Woodpecker is drumming on trees for a few short weeks as a substitute for having a melodious call. 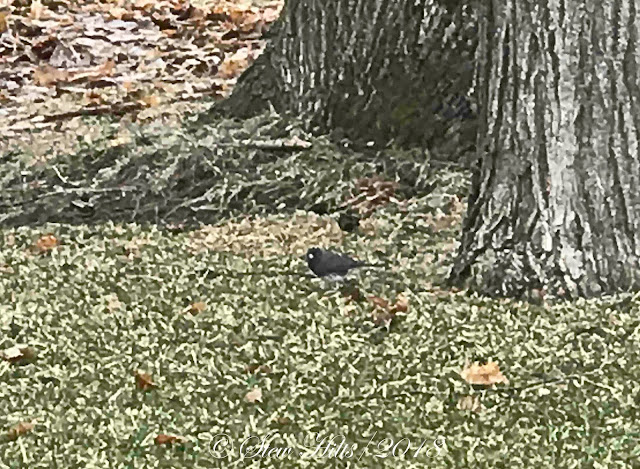 The Slate-coloured Junco is a year-round resident here, but many of them head further north to nest.


We saw this Great Blue Heron on a drive that ended up going through a marsh on Saturday, but it would have been a much better picture if cropped somewhat.  Live View won't let me do that. 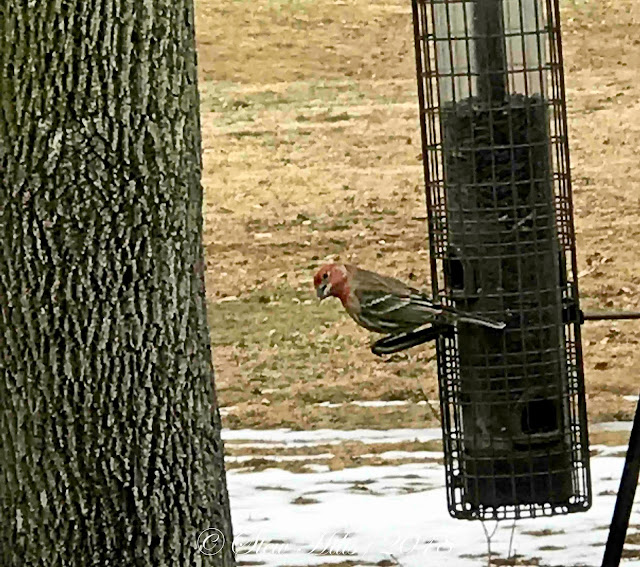 One day a House Finch stopped at the feeder.  Originally a bird of the western U.S., the map in Peterson's field guide indicates that it was released in New York City in 1940 and is "spreading explosively".


These are the Common Red Polls, who nest far to the north along the shores of Hudson Bay and further.  But the photo illustrates two problems.  First there is virtually no contrast that lets you see the birds compared to the grass and snow in the background.  Secondly, Live View does not help fix this problem at all because there is no room to crop the photo and focus on one or two birds.

In the meantime, I have turned off 'Live View' and hope I never encounter it again!
Posted by The Furry Gnome at 5:09 PM