One of the most interesting historical features in Harrison Park is the cairn built to celebrate the local black community.  For 156 years an Emancipation Day Picnic has been held here, every year since 1862.  This makes it the longest running Emancipation Day celebration in North America. 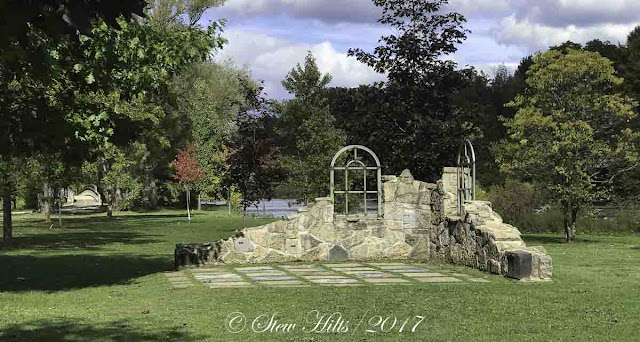 Sitting next to the river, the memorial is in the form of two stone walls and a tiled floor.  The 'windows' represent the small churches that meant so much to black pioneers. 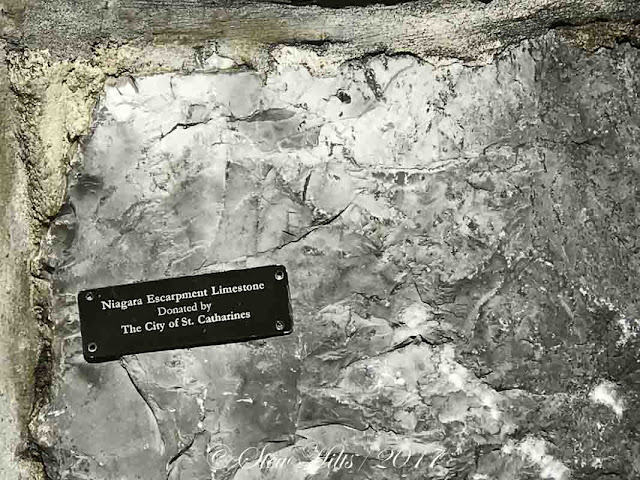 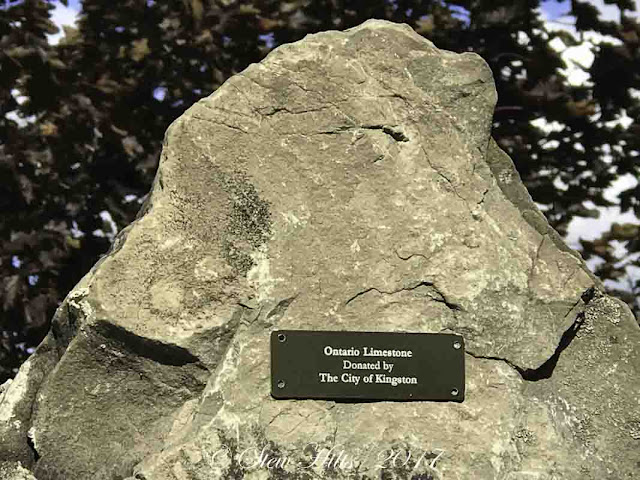 The story is the story of the Underground Railway, a network of routes and safe houses that American slaves could follow to reach freedom in Canada.  Several different states and Ontario towns provided boulders for the walls.

There are several interpretive panels that tell the story of the cairn.  Owen Sound was considered the northern terminus of the Underground Railway.  The underlying politics reflects the fact that the British (including Canada) abolished slavery in 1834, but freedom for slaves in the United States did not arrive until President Lincoln's proclamation of 1862. 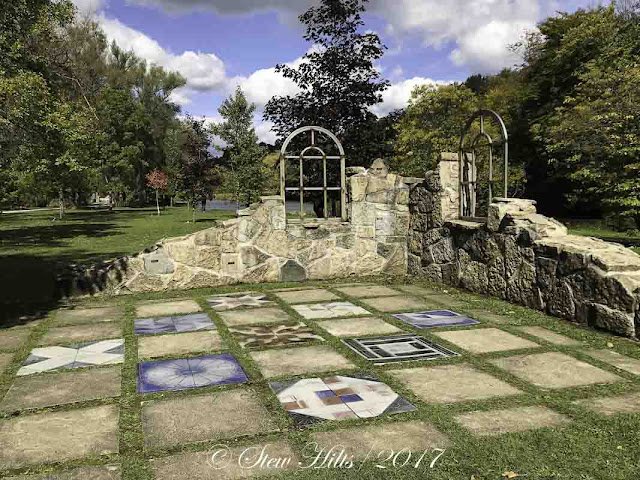 A lot of the interpretive information here relates to the quilting symbols that are associated with the Underground Railway.  Quilts were used as symbols for safe houses for example. 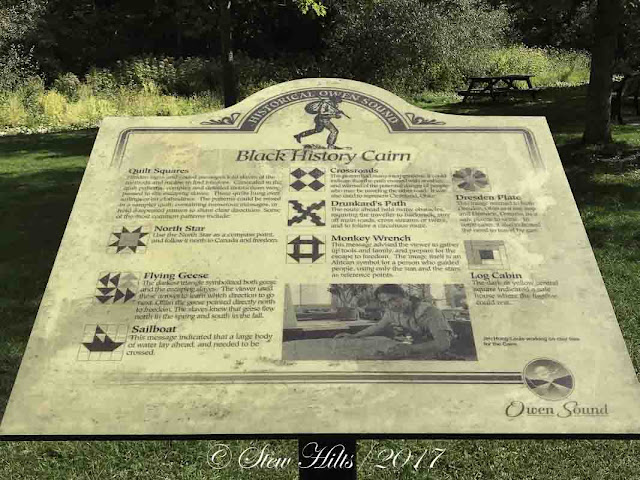 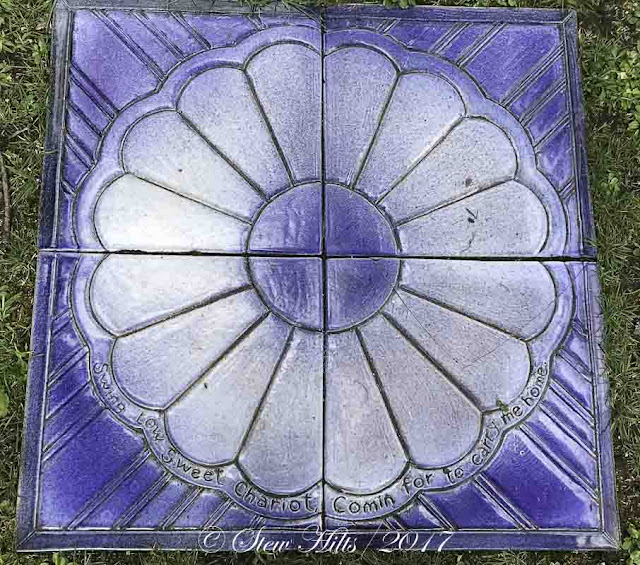 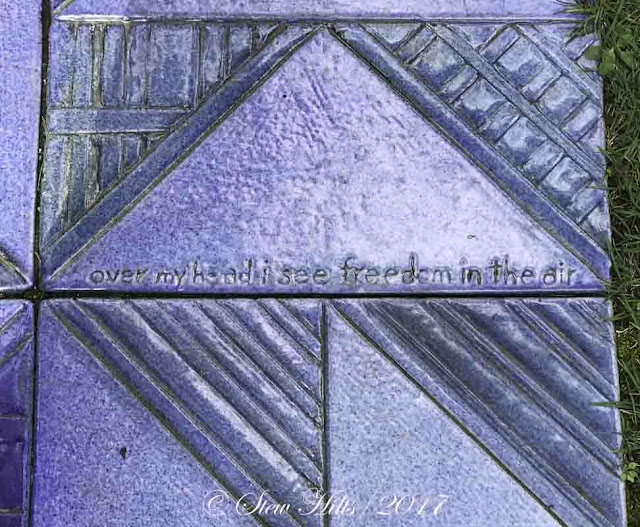 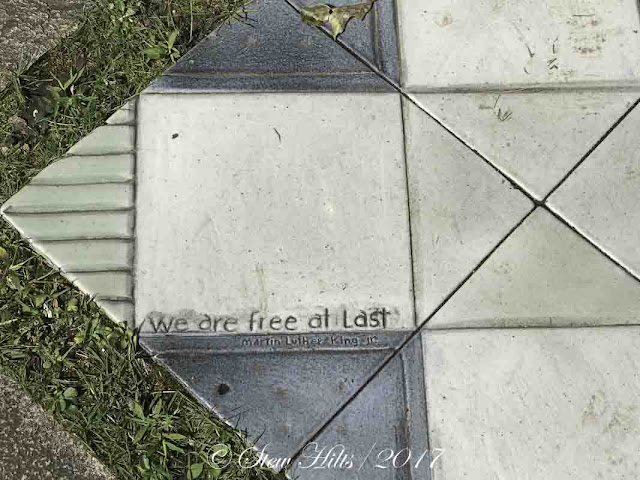 A number of quilting symbols are shown in the ceramic tiles on the ground.  Several have some words added.  This one says it all!
Posted by The Furry Gnome at 8:20 PM