Venice, one of the most interesting cities in the world, has suffered the worst flooding in at least 10 years.  You might have to read a British newspaper to be aware of this, but water levels in Venice have risen to over 1 metre asl in places, and 75% of the city is flooded to some extent.  News reports show tourists wearing the famous yellow plastic boots, wading through the shops and streets. 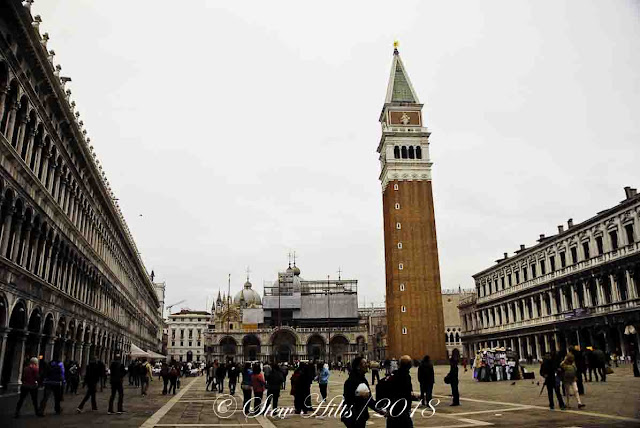 The iconic St. Mark's Square is the centre of 'acqua alta' (high water).  The water doesn't wash in from the lagoon; rather it rises through the drainage grates and spreads across the square - in this case until it's thigh deep. 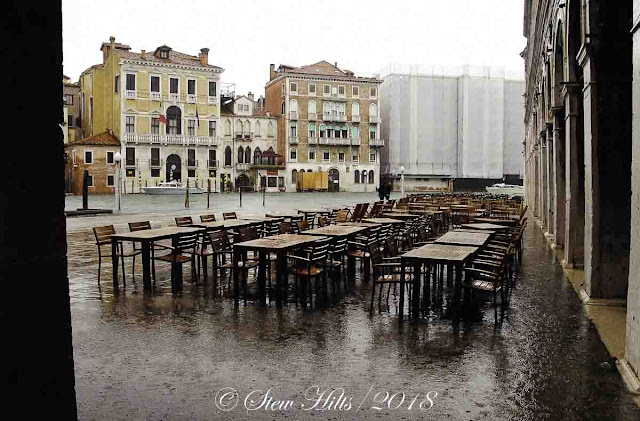 We have visited Venice twice, and were amazed at what we learned about rising water levels.  This restaurant is along the Grand Canal just south of the Rialto bridge. 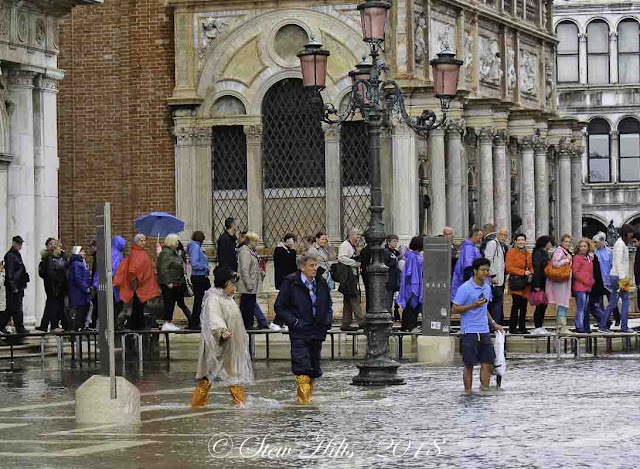 Tourists walking outside St. Mark's Basilica.  The city puts out raised wooden sidewalks, so some tourists anyway can keep their feet dry! 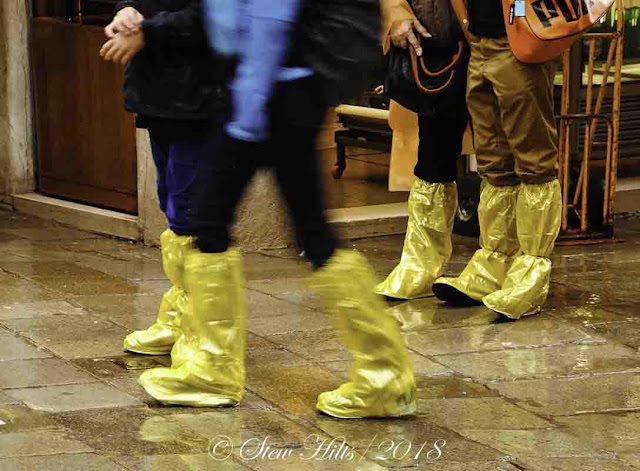 The famous yellow plastic boots.  Today, with water reaching mid-thigh, these would be of no use at all.  But Venice is currently finishing construction of a flooding barrier known as MOSE at a cost of 6 billion Euros..  Based on enormous gates set in concrete foundations across 3 inlets to the lagoon, it remains to see whether it will work. 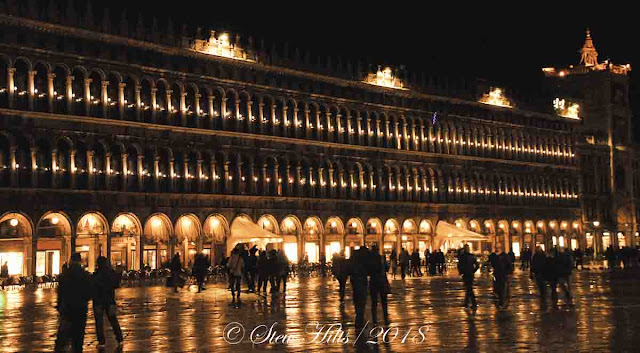 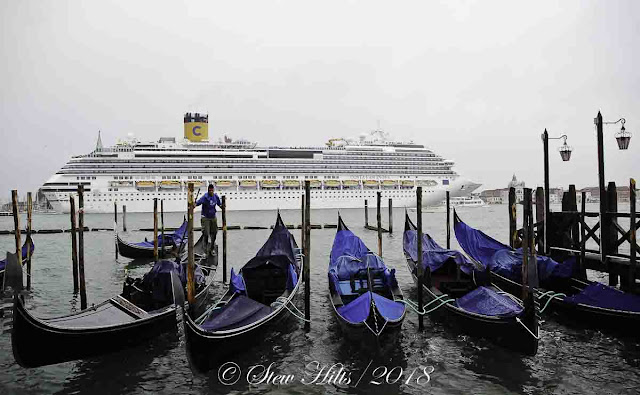 Acqua alta isn't the only challenge facing Venice.  As this photo suggests, there is a huge conflict between the traditional and the new.  In fact, in 2017 Venice banned large cruise ships from using this route and docking in the city.  They now have to dock on the mainland.

All of the photos in this post are from our trip to Italy in 2013.  Google 'Venice flooding' to see current pictures and videos.