The other day when I was gathering the bird pictures I posted, I noticed that one of the Juncos I photographed was very dark compared to the others, almost black.  So I looked the species up and learned that it is one of the most plentiful and the most variable birds on the continent. 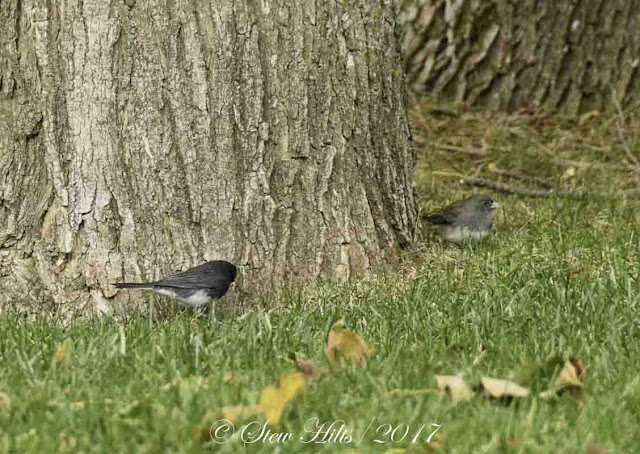 Juncos are considered to be sparrows, even though they are largely grey and white, not brown and striped like most sparrows.  In this part of the continent they are called the Slate-coloured Junco, and they are white underneath, grey on the back and black around the head. 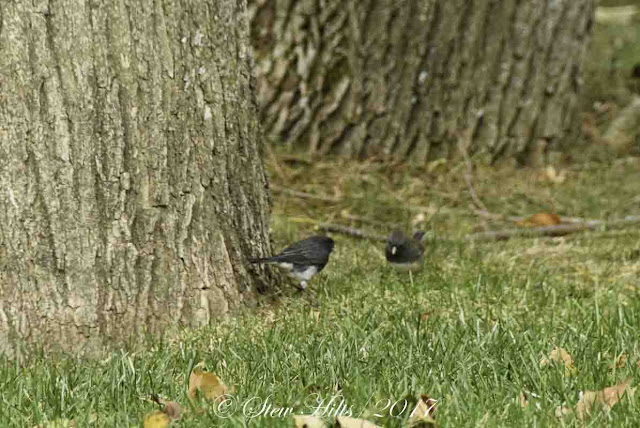 Juncos are one of the most numerous birds in North America.  They both feed and build their nests on the ground, pecking through the leaves for seeds,and grabbing insects when they can, especially during the breeding season.

This is the very dark Junco I saw the other day, almost completely black on top.   I had to watch some time before it turned around.  Looking up Juncos I learned that there is widespread colour variation and at least 6 different sub-types of the Dark-eyed Junco. 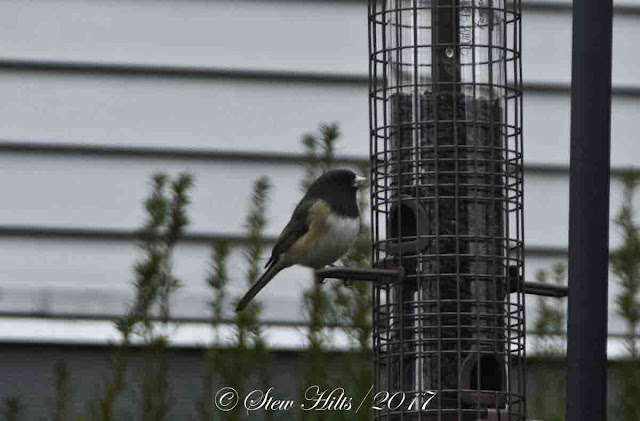 This is the best known of the variations, the Oregon Junco, which is much more brown on the sides and back, though it still has the black head and white underneath.  Taken at my daughter's house in B.C.

The three birds in front are also Oregon Juncos, foraging in the grass beneath a feeder, though they will also come to a feeder on occasion.  Thd bird in the background is a Spotted Towhee.

Here you can see how dark the centre Junco is compared to the other two.  We all know birds that migrate south for the winter and reappear in the spring, from warblers to robins.  Juncos breed in the northern boreal forest.  They do fly south when winter arrives, but only into eastern North America.  They are the birds that come with the snow, or 'Snowbirds'.  There's a lot more to the story of the Junco than I realized.
Posted by The Furry Gnome at 7:30 PM