In Owen Sound yesterday, we stood on the bridge in Harrison Park and watched the salmon fight their way upstream to spawn.  The Sydeham River is about 50 feet wide and a foot deep here, running over a bed of gravel and boulders. 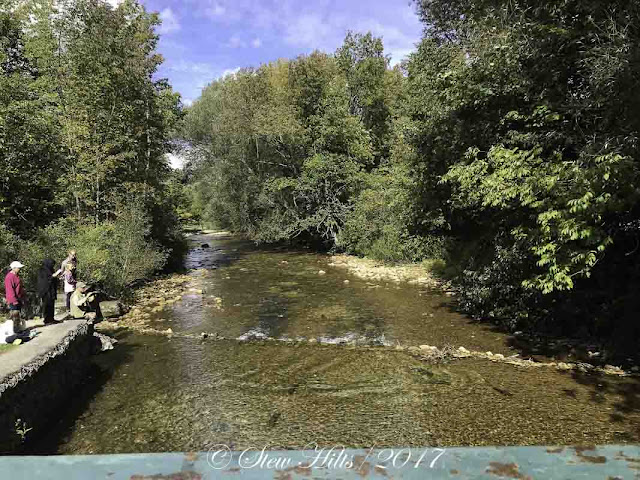 Looking downstream from the bridge you can see at least 5 salmon struggling against the current here.

We weren't the only ones there to watch! 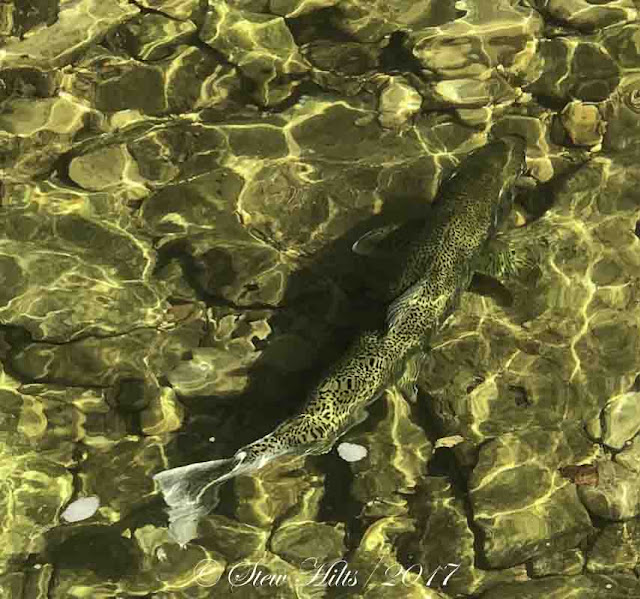 There's a big sports fishery associated with the migrating salmon, but that takes place out in Georgian Bay, not upstream as the salmon search for a place to spawn. 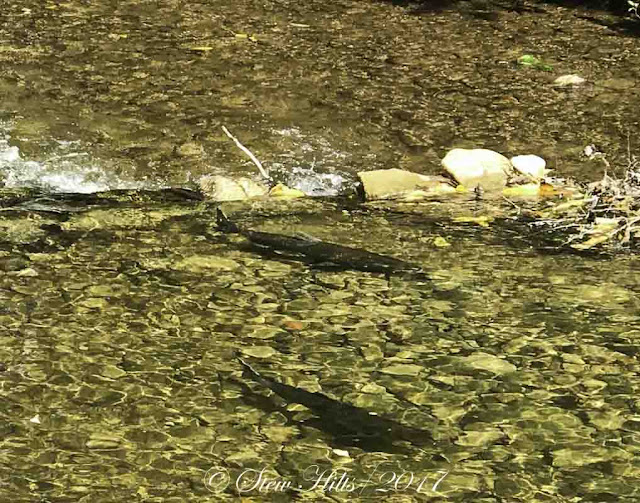 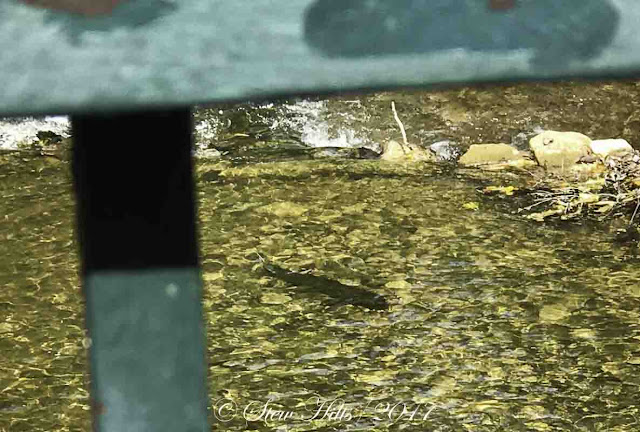 The history of salmon in the Great Lakes is probably a lot more complex than you'd realize.  Today's fish population is totally artificial, with Pacific Salmon, an introduced species feeding primarily on Alewives, an invasive species.  By the mid-1930's the original fisheries in the Great Lakes had collapsed.  Lake Trout, the most valuable, were extinct in some lakes.  Whitefish had declined dramatically.  Then came the Sea Lamprey and the Alewives, migrating through the Welland Canal.  By the 1950's the Great Lakes were in bad shape!

By the late 1950's fisheries experts were searching for something dramatic to change the situation.  Howard Tanner, head of fisheries for the State of Michigan, decided to try introducing salmon.  It was an overnight success.  Salmon fed widely on the Alewives, growing fast, and creating some sort of artificial balance in the system.  Today the sports fishery is far more valuable than the commercial fishery, though some old tugs still go out after Whitefish.  The salmon are still widely dependent on stocking, but natural spawning is also part of the picture.

Here in Owen Sound you can go and see the salmon in action very easily. 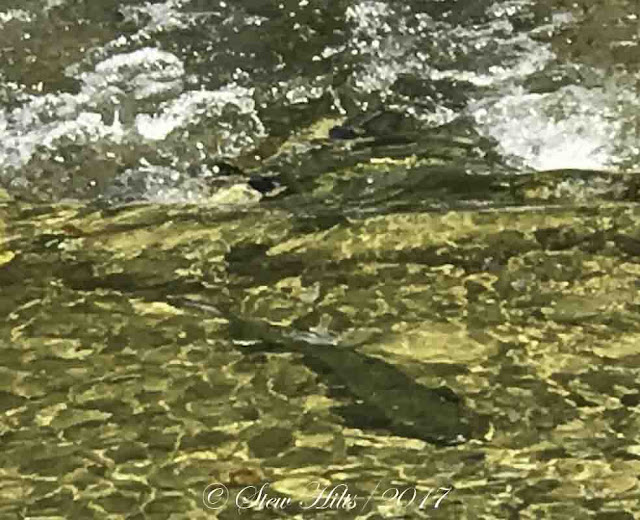 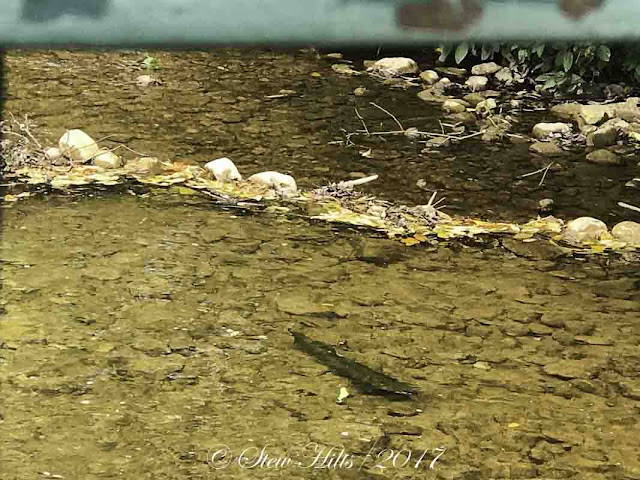