For our drive today we headed east to Thornbury, and drove right down into the harbour.  It was a cool but beautiful day, and the salmon were running.  Enjoyed a nice 45 minute 'walk' (ride) along the pathway that borders the water. 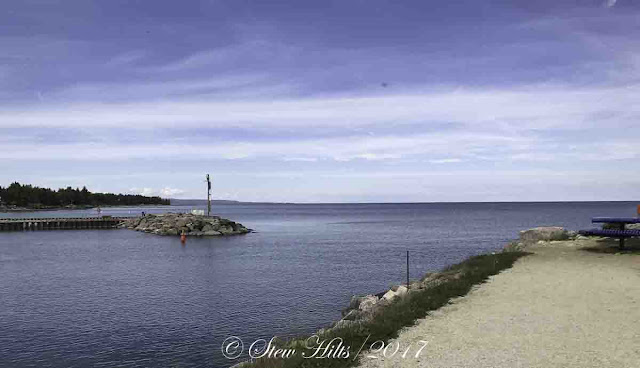 The harbour is a busy recreational harbour, but it wasn't busy today.  .  I've taken great photos of ice here in the past. 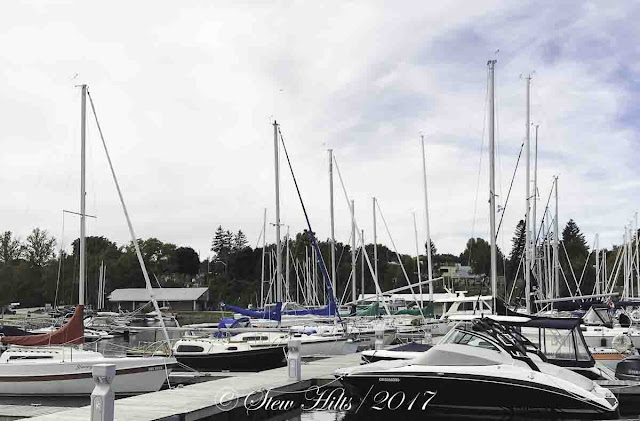 All the big sailboats were still in the water. 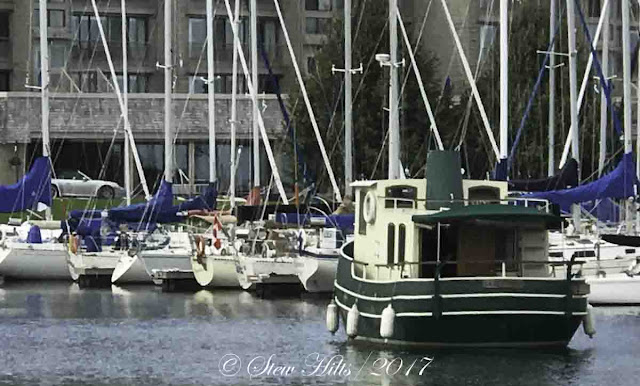 This interesting tug, transformed into a pleasure boat, was the only one moving. 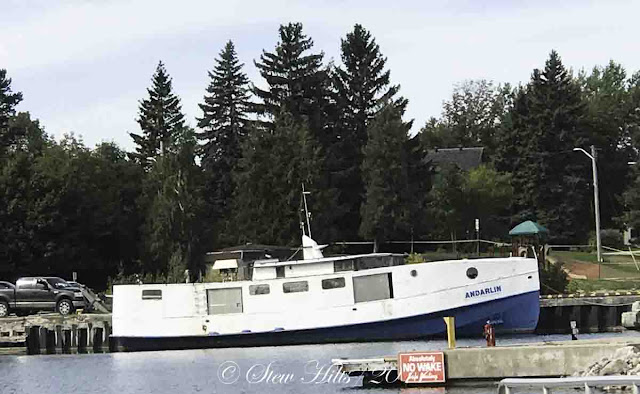 Only one fishing tug was docked over on the far side. 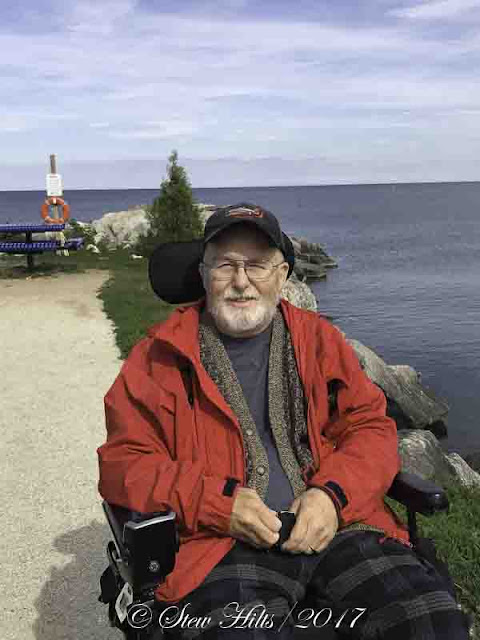 And here's a rare picture of me in front of Georgian Bay.  The electric wheelchair is working great. 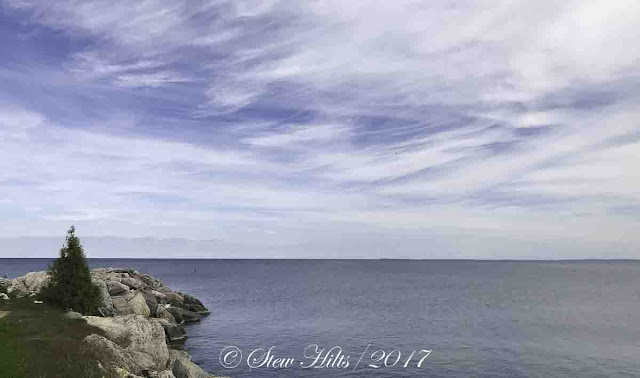 Georgian Bay was looking pretty grey, but there were several small fishermens' boats out there. 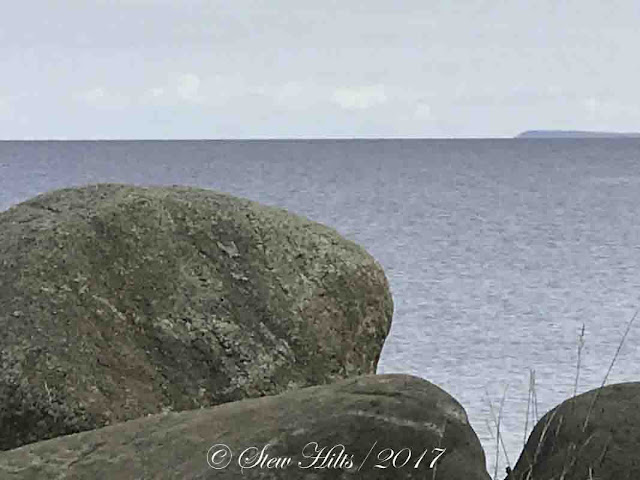 That's Christian Island over there, the last refuge of the Huron Nation in Ontario from the attacking Iroquois. 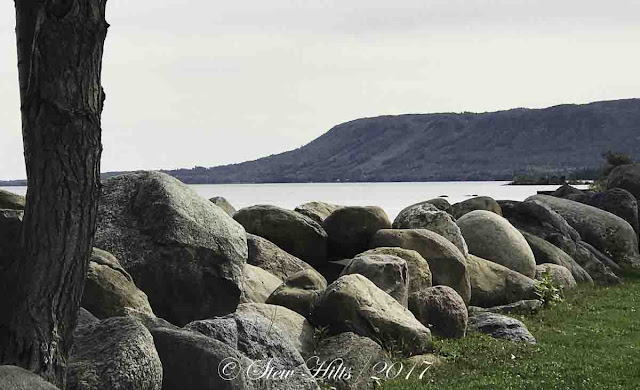 Just to the east of the harbour looms Blue Mountain. 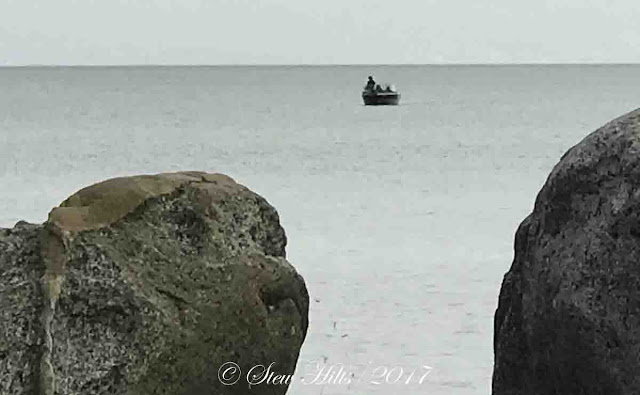 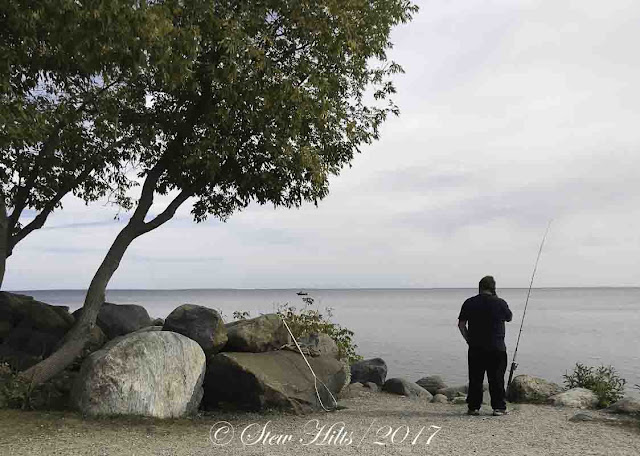 More fishermen.  I think we'll head to Owen Sound soon and see if we can see some salmon migrating up the river.

Just as we were leaving, this big boat pulled up and a gang of hopeful fishermen starting loading supplies for a day out fishing on the bay.