Ice at the Falls

There were a few really interesting ice formations at Inglis Falls yesterday which I tried to photograph.  They were a fair distance away across the falls, but here they are. 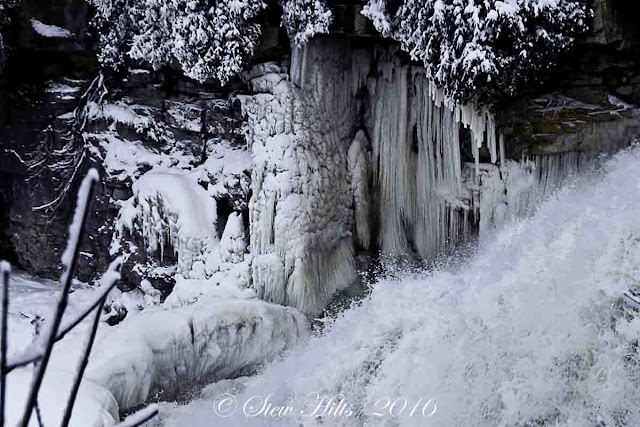 I find ice around waterfalls another of those ephemeral bits of beauty that nature provides, whether we notice or not. 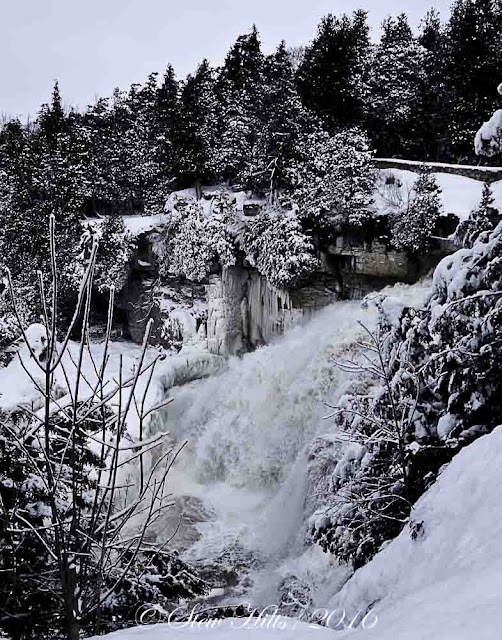 They're right in the centre of this picture, across the valley. 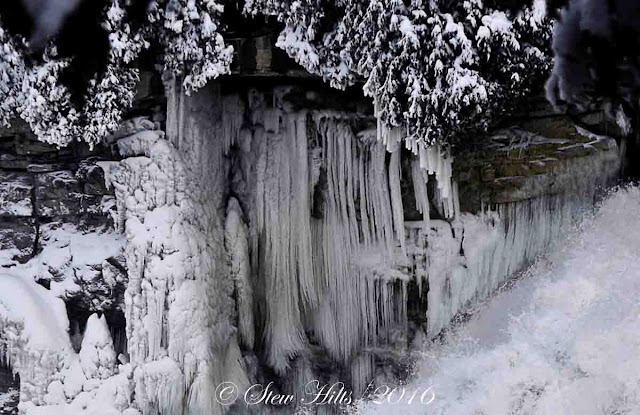 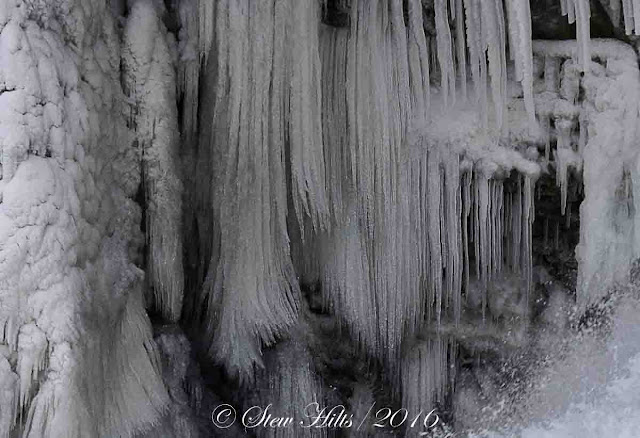 One part consisted of these straight icicles - look how the ones on the left curve at the bottom. 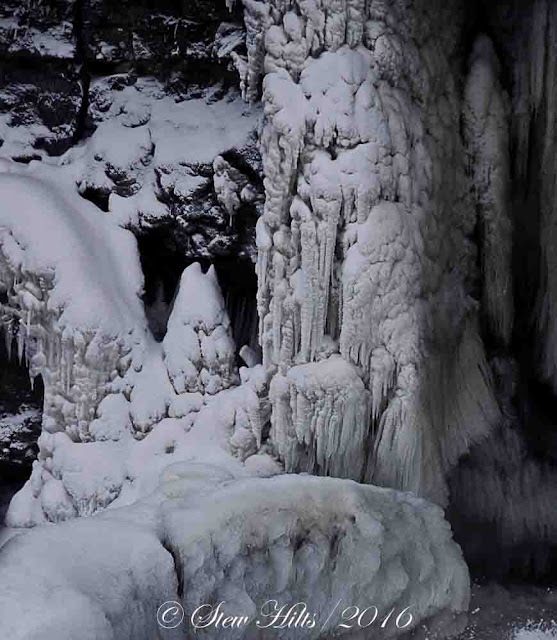 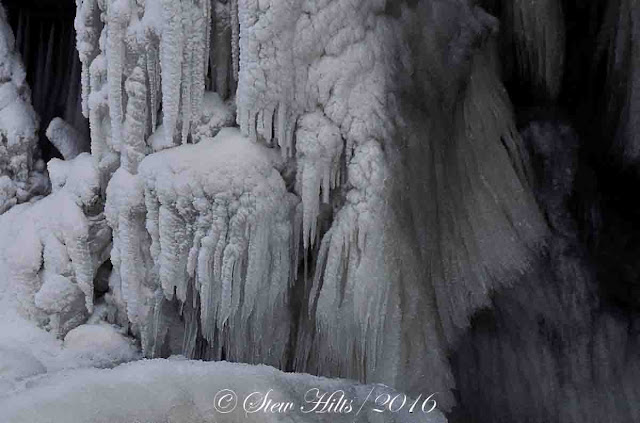 The other part was more mounds of ice cascading over the edge. 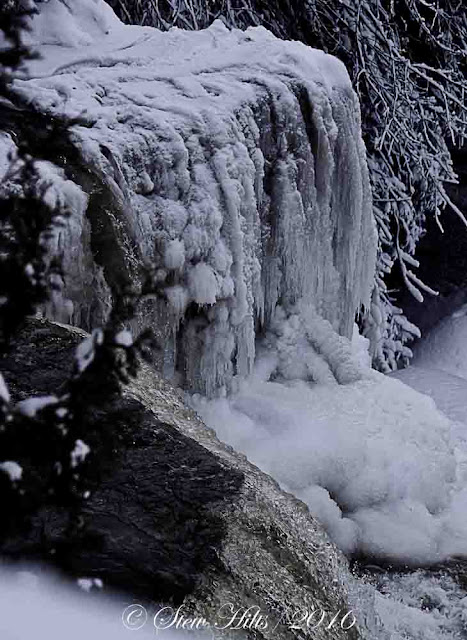 Up at the top, viewed from the other side, part of the falls was totally frozen. 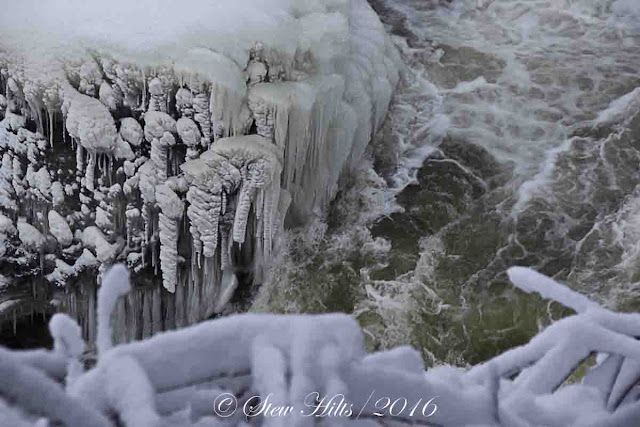 And down near the bottom where the water plunges between the boulders there were more interesting shapes of ice.  I think Country Gal's comment yesterday about the lens being fogged may explain my frustration with the focus.  I must keep a closer eye on that.

I cannot write tonight without acknowledging the tragic deaths of worshippers in Quebec City.  Somehow this has affected me more than other recent massacres of innocents.  Perhaps it was the cowardly act of shooting those who were praying in the back.  Perhaps it is the very stressful awareness of rapidly changing political norms in the world today, of which this act seems to be a symptom.

Ironically, I was giving a lecture today on how the Enlightenment developed in the mid-1700's, that period when society rebelled against the absolute power of monarchs and the wealth of the upper class, and promoted the modern values of freedom, equality and tolerance.  And of course both the American Revolution and the French Revolution emerged directly out of that period.  Here in Canada, our country was built on tolerance between the English and the French communities that made up the nation 150 years ago, and that tolerance has for the most part continued.

I cannot fathom politicians or citizens who want to go backwards, to be less tolerant, and create societies where we are less equal.  At the moment those worshippers in Quebec City paid the price.  But I now worry deeply about where our society is headed.