What do you think?  I was finding my recently surgeried eye was sensitive to the light when I was out walking, so I stopped in a variety store and picked up a cheap pair of sunglasses.  That was supposed to be a smile too!  I was grimacing to try and see the picture I was taking to get the lighthouse in the background. 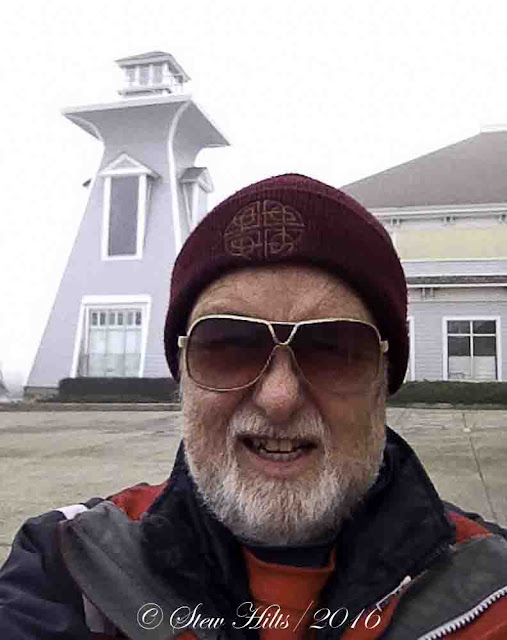 The lighthouse is the reproduction that sits on the shoreline of Lake Ontario in Bronte, now part of Oakville.  We were down there for several days to celebrate Mrs. F.G.'s mother, who passed away late last week.  As you can see, the weather was terrible, about 6 foggy days in a row as the temperature rose above freezing. 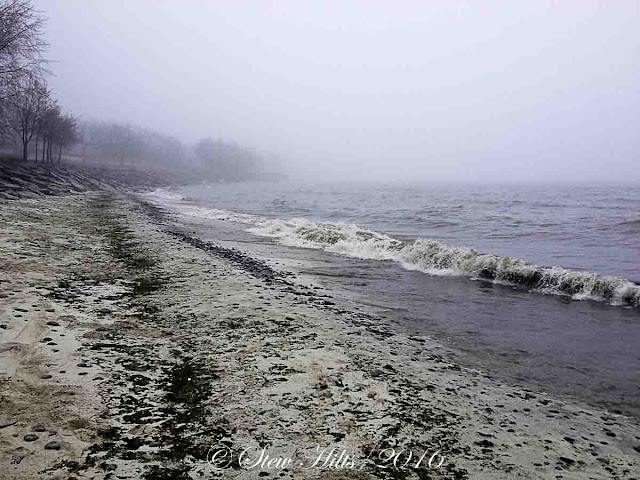 If there is such a thing as a 'good death', this was it.  Mama was nearly 97, and passed away painlessly and peacefully in her sleep.   She was still doing puzzles that morning, her mind still sharp as a tack.  She was in the hospital for some tests and actually quite enjoying being the centre of attention as people came to visit. 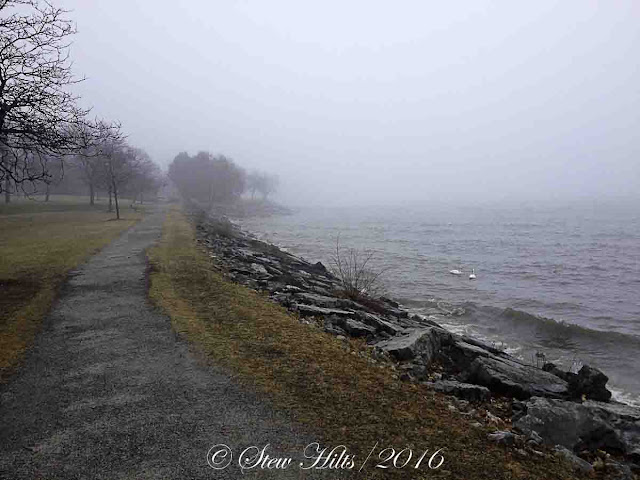 I did at least get out every day for a walk, down to the shoreline of Lake Ontario.  I was surprised to find this nice trail between the nearest houses and the lake.  Notice the pair of swans, and the nice foggy scenery! 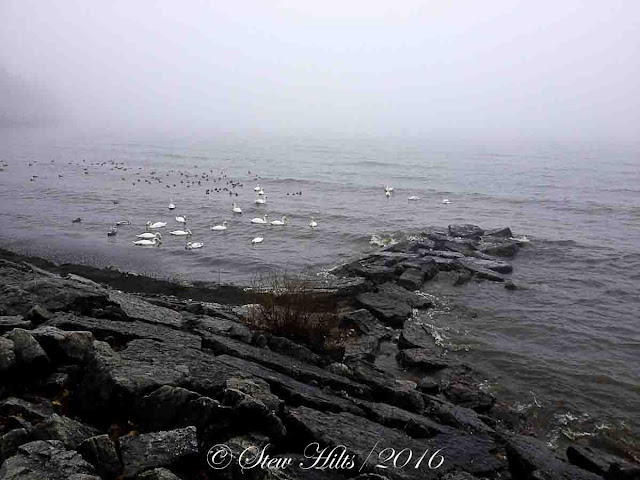 A little further on, a whole raft of swans, ducks and a couple of geese!

Mrs. F.G.'s mother arrived in Canada in 1957, her husband having come five years earlier with several other brother-in-laws.  She cared for four children in the mountains of southern Italy for five years before her husband had saved the money to pay for their trip.  Life was not easy.  Bread was baked in a communal brick oven once a month.  Laundry was done down at the river.  A hog was butchered once a year, and every bit of it was used.  Food for the children was still sometimes short.  The thought that kept going through my own mind while we attended final celebrations was enormous respect for parents who sacrificed so much, and had such courage to bring their children to a new land and set them up for a better life.  Our country, like that of our neighbours to the south, was built by immigrants like these.  We owe them so much.