Walk in a Snowy Woods

Later on in the day yesterday I dug out the snowshoes and went for a walk in the woods next door.  It was truly a winter wonderland, snow sticking to every twig in the entire woods! 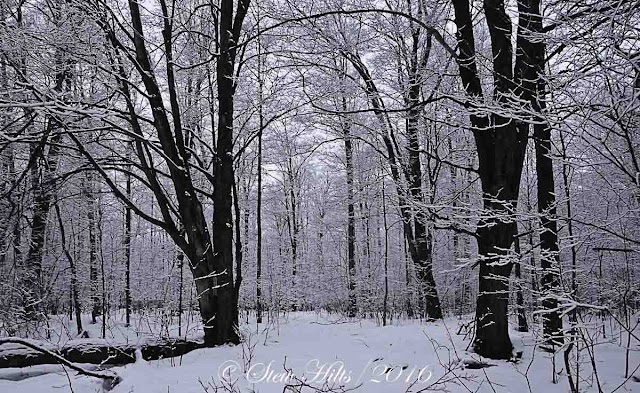 Into the woods past the two big old Sugar Maples that represent the 'gate' to the woods. 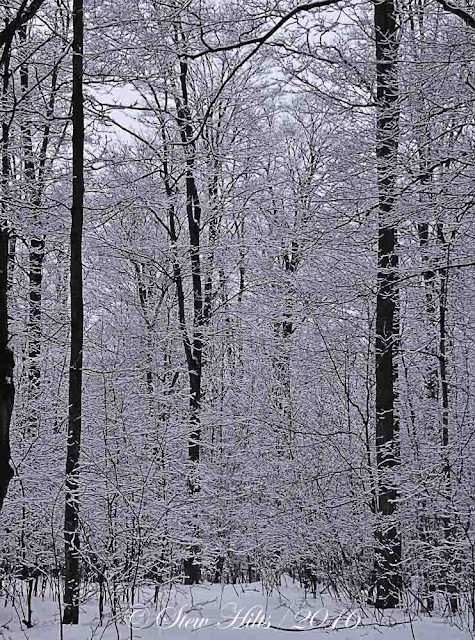 Snow was sticking to the twigs right up into the sky in the canopy.

You could look 360° around you, and see nothing but snow-covered shrubs, mostly Dogwoods. 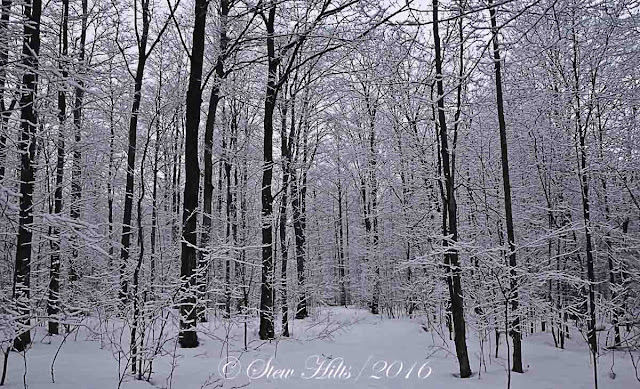 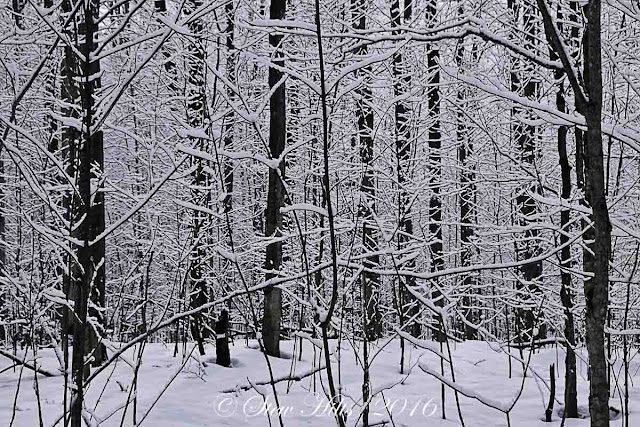 It was simply a beautiful and peaceful walk through the woods. 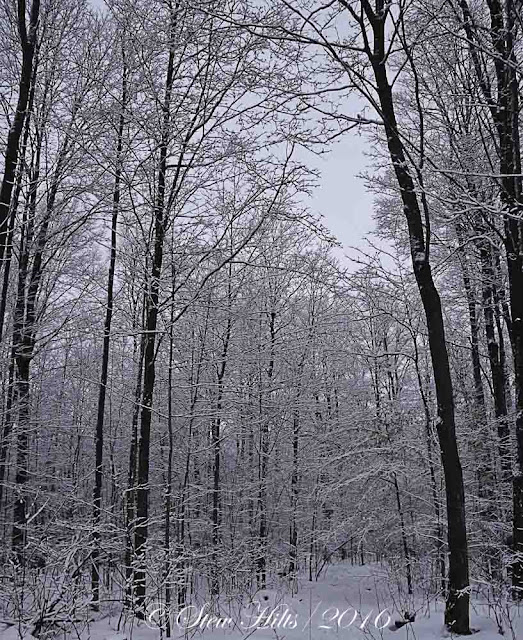 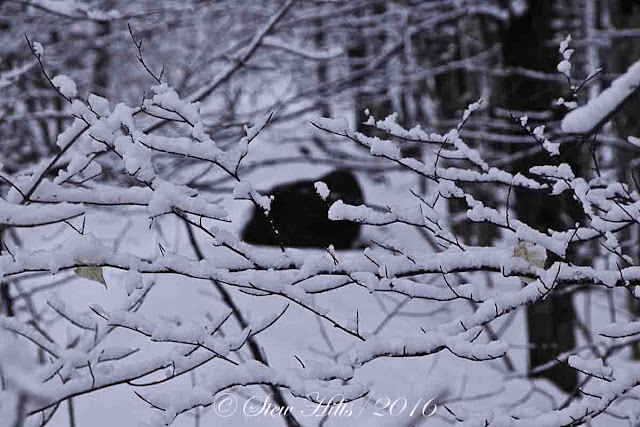 Eventually I climbed over the old stone fencerow, and spotted this dark creature that surprised me in the totally white woods.  I wondered if it would come to get me, but it never moved.  I thought I had it, rather than the Dogwood twigs, in focus for you.

Out into the edge of the big field to loop back on the trail, here looking across to the long edge of another patch of woods. 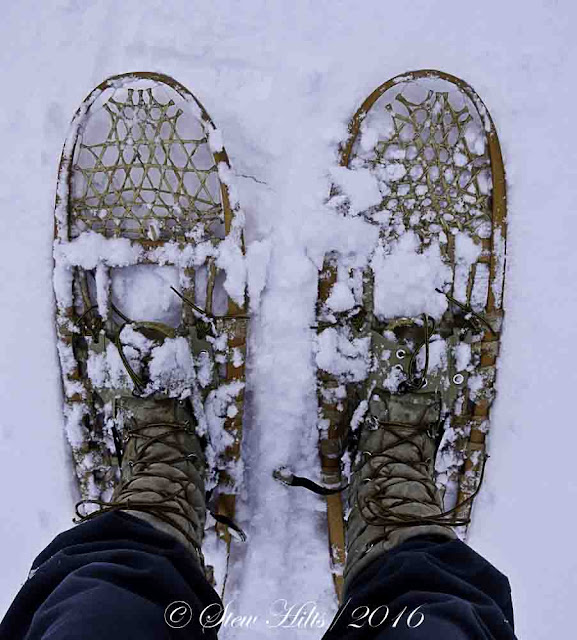 The snow was still a foot to 18" deep, as I discovered when one foot slipped out of the binding.  My smaller snowshoes would have sunk in, but the largest weren't really needed, so I used the mid-size Bear Paws today.  Worked perfectly. I just walked across the surface. 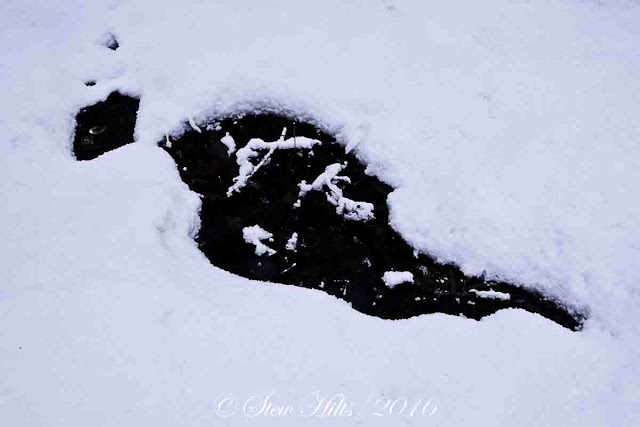 I expected I might see some open water where the low pond is back in the woods, after all the mild temperatures we've had, but I only spotted one small patch, glistening black in the snow. 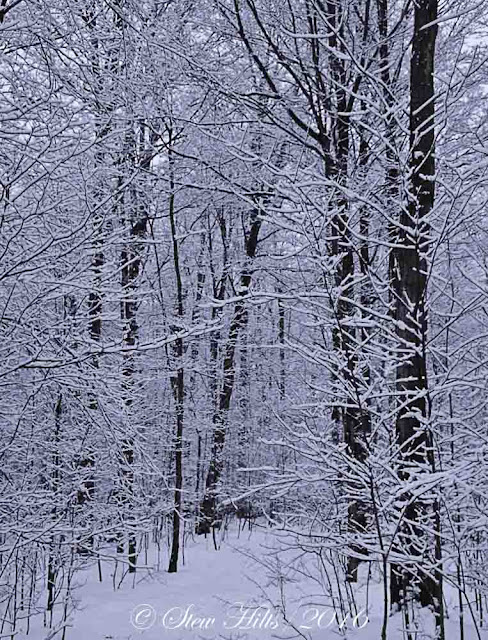 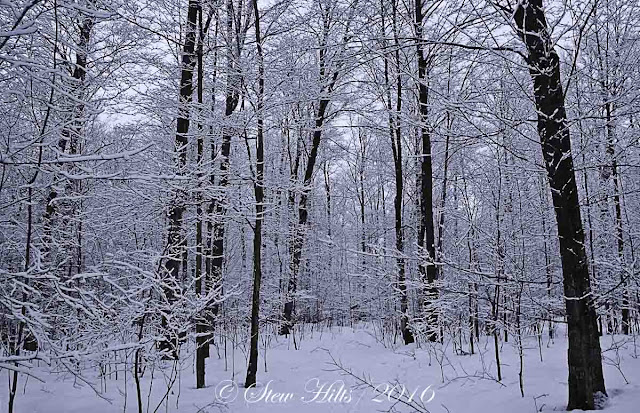 Rejoined my trail and headed back to the car through this winter wonderland.  Deer tracks were everywhere, but I never saw one. 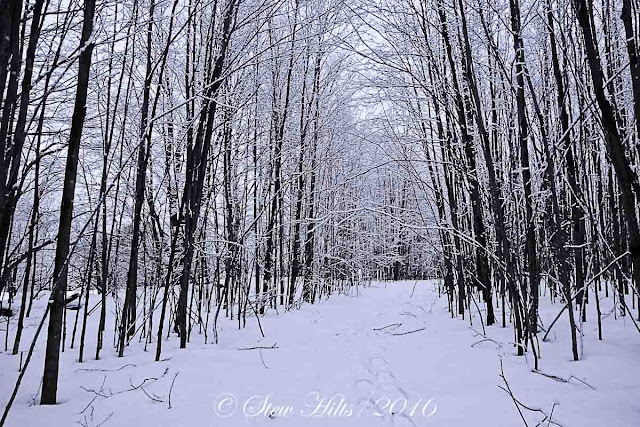 And back out the tractor trail that links the woods to our rural subdivision.  All the snow is off the twigs today; you only get a short chance to enjoy this kind of ephemeral beauty.