Winter has arrived here.  We don't have much snow, but it came as sleet and slowly froze, leaving crusty ice and slush on the roads.  There's an inch or three across the yard, it's 10° below zero, and there's a bitter cold wind.  Outside you can hear ice on the shrubs crackling in the wind. I caught the first snowplow of the year as it went by this morning.  They're good at taking care of the winter roads around here. 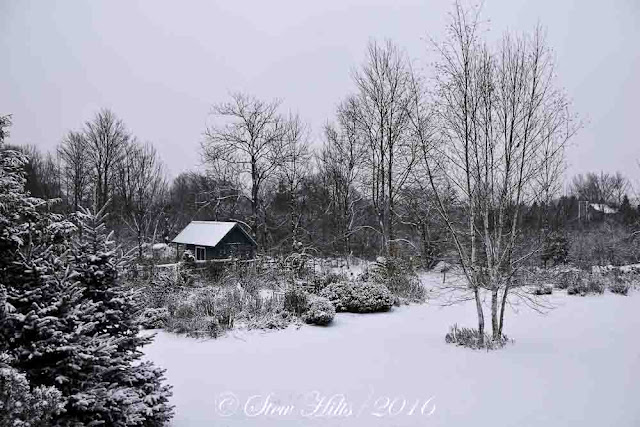 And the back yard looked pretty white, even though it's not deep.  I'm not expecting it to last long, but I think the cold temperatures are here to stay after Friday's 20°C!

What I really wanted to write about tonight was a big old barn down the road.  The house and barn seem to have been unused for about 3 years though, and I was beginning to wonder about its future.  Two weeks ago I noticed they were working on the barn and building new fences, so I dropped in and spoke to the new owner, and asked permission to take a few pictures. 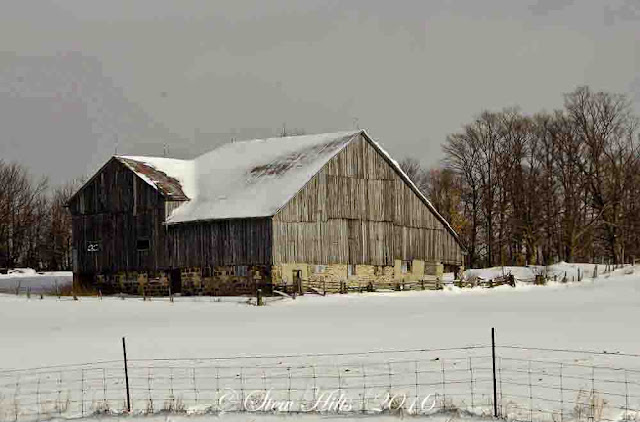 This picture was taken in 2015, while the barn and farm was sitting idle.  As you can see, it's a very large barn compared to other older barns around here, perhaps double the usual size.

This time I noticed that the one end of the lower floor had been knocked open.  I was afraid they were going to start tearing it down, so I came back with my camera a day or two later. 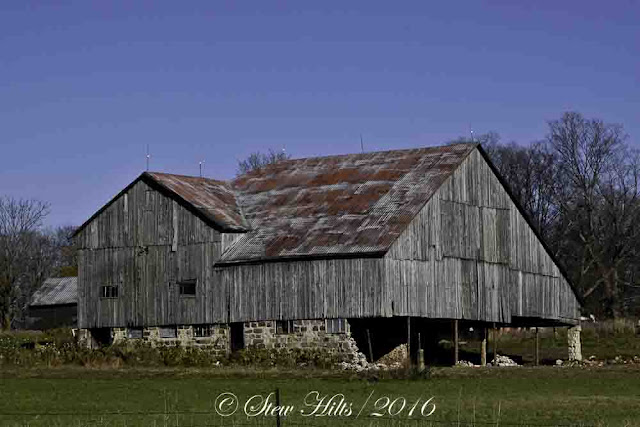 It turns out the farm did sit unused for about 3 years, and a new farmer has purchased it.  They are planning to repair the barn, and graze cattle on the farm.  I was encourage to hear an older barn would be fixed up to use. 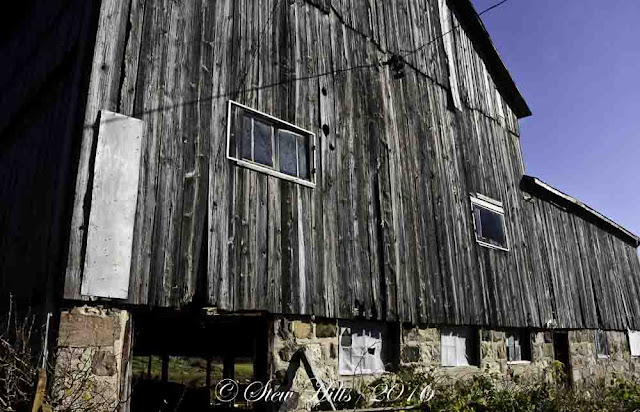 It really is a huge old barn! 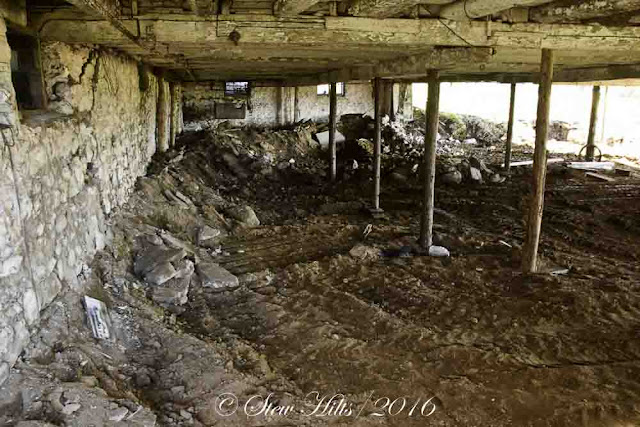 Inside the lower floor they've brought in a small bulldozer, knocked out the south wall, and lowered the floor.  I expect they're going to pour a new concrete floor here, and who knows what other changes they'll make. 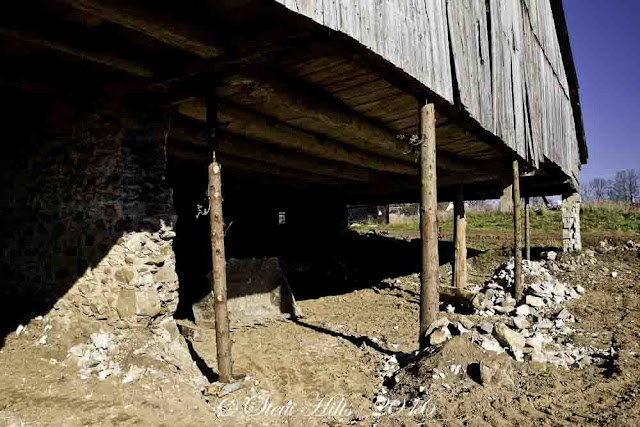 The posts they put up in the meantime looked a little flimsy to me, but it's a barn crew who are working on it, so I presume they know what they're doing. 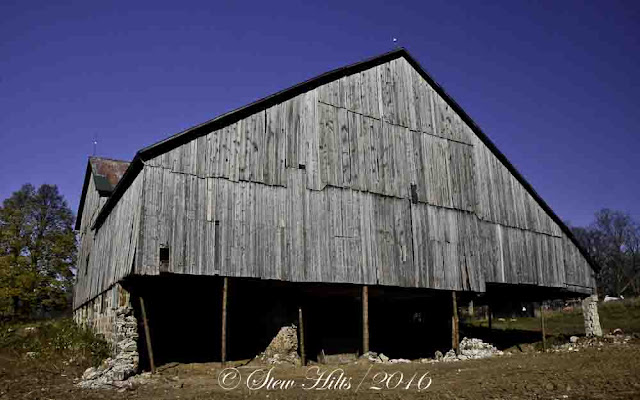 I plan to go back and see what gets done, and then I'll report back on it.  I've seen cattle in the fields already, so I'll try to get pictures of them too.  But the grazing won't be too good now that we have snow!


Linking to The Barn Collective at Tom, the Backroads Traveller.