Continuing on from yesterday, the remaining highlight of our walk down the east side of the lower valley was a new pair of bridges over Rock Creek.  They were amazing! 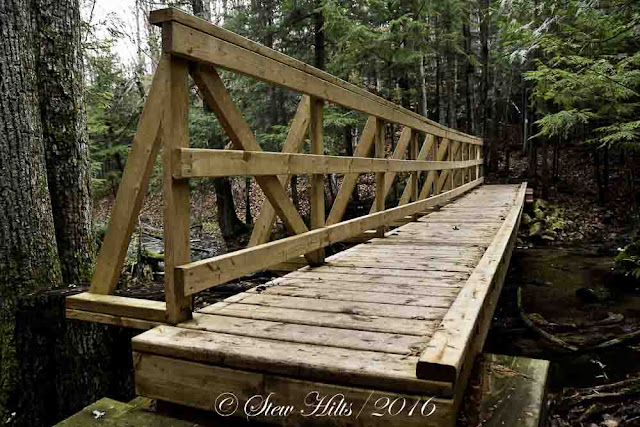 This is the first of the two bridges, over 30 feet bank to bank, and very well made if you ask me. 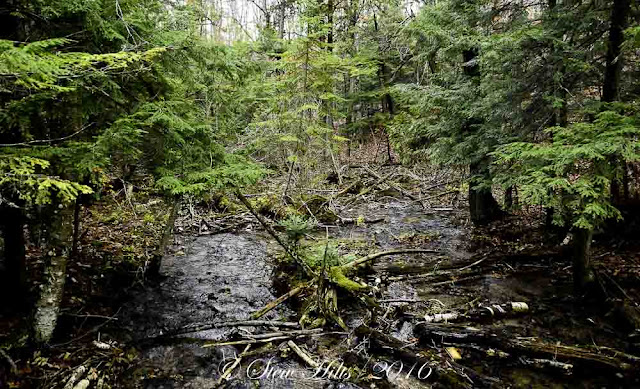 This is the stream they were bridging, a wide shallow channel that used to be crossed by an 'Irish' bridge - stepping stones. 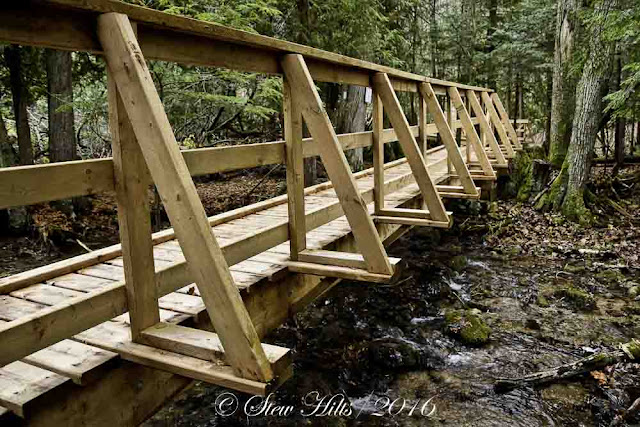 The railing is not only for safety, but helps strengthen the bridge and make it more rigid. 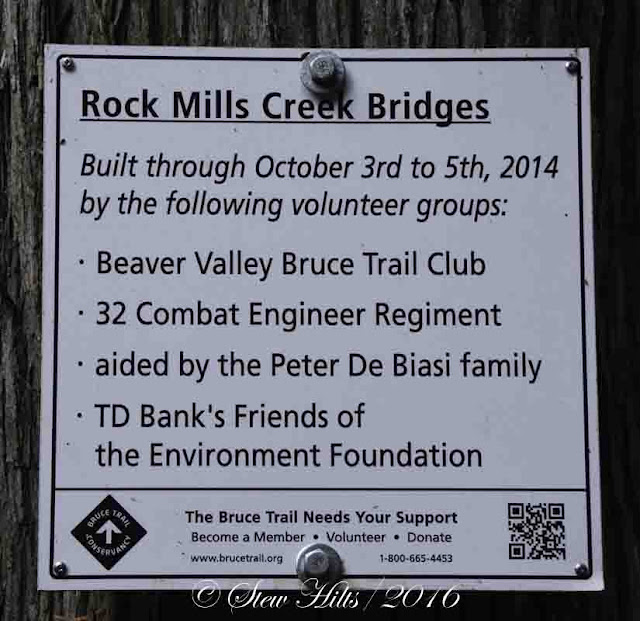 Then I discovered that the 32 Combat Engineer Regiment helped a lot of Bruce Trail volunteers build the bridges.  They are based at the Land Forces Central Area Training Base just outside Meaford, and have helped with other bridges too - it's good training for their troops. 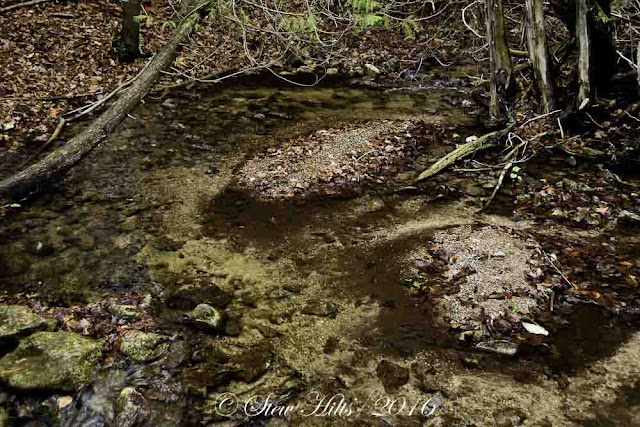 It's actually a beautiful little stream, with very clear water. 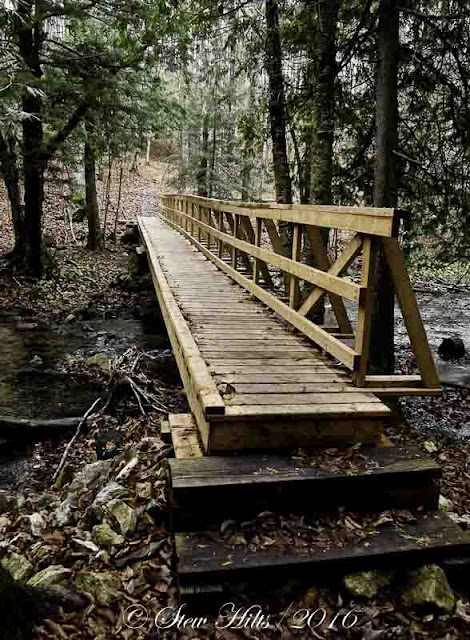 But the second bridge was nearly twice as long as the first one!  Nearly 60 feet!  All the lumber for these had to be carried in along the trail, from the nearest point a truck can get to, across adjoining farm fields.  This pair of bridges was a major operation!  And it was all done in three days! 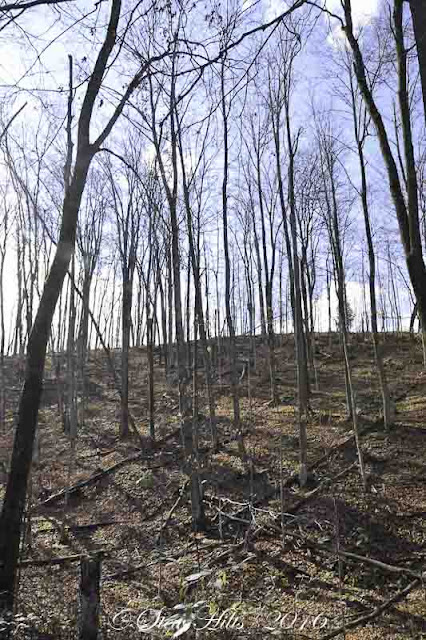 There was still lots of beautiful open deciduous forest to walk through; as you can see, it was up and down hill a lot. 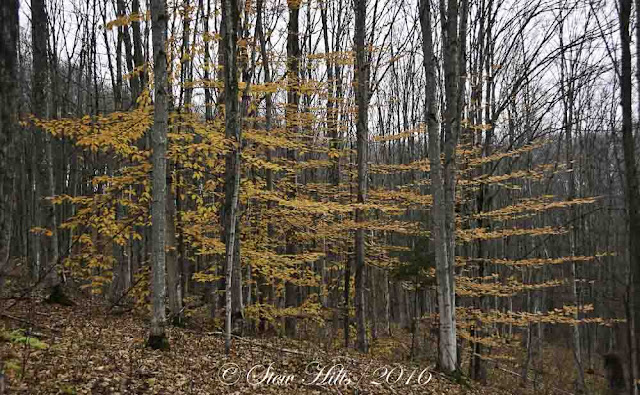 There were still lots of Beech leaves on the saplings. 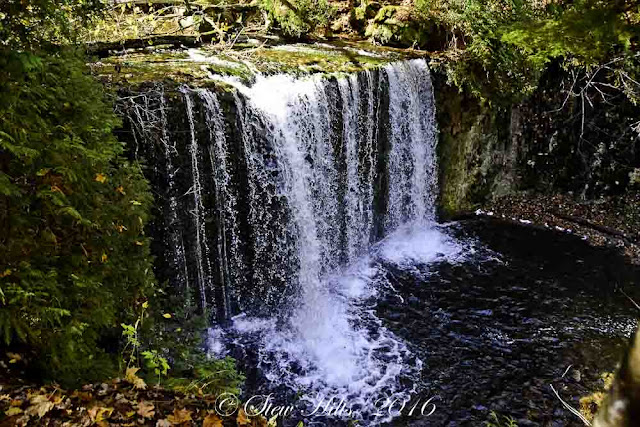 And then we ended the hike after 3 hours, at Hogg's Falls again. 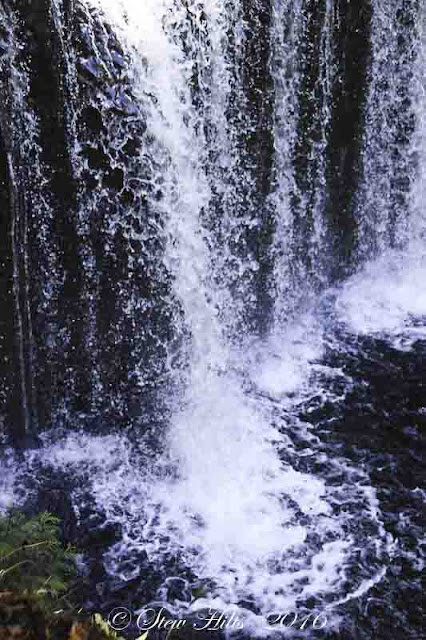 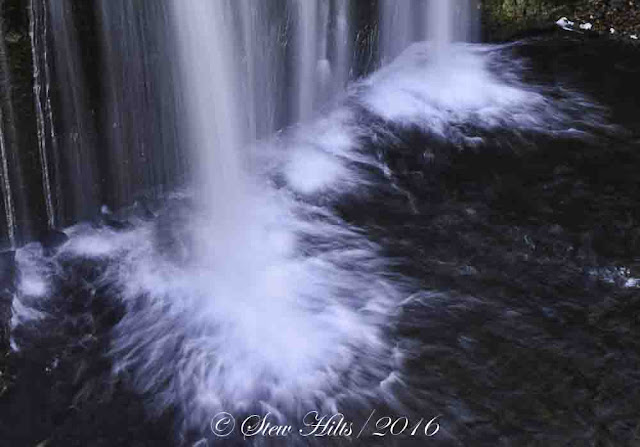 Just playing around with water images, as I always like to do.