Those golden Tamarack, Larix laricina, deserve a post of their own, they're such a big seasonal benchmark in early November here in the valley.  As Karen said in the comments yesterday, once the Tamarack needles are down, snow won't be long thereafter.

The Tamarack or Eastern Larch is the only coniferous tree here that loses its needles in the fall.  That makes it a "deciduous conifer" - deciduous trees lose their leaves in the fall; conifers have cones.  And since it's one of the latest trees turning from green to gold, it marks the end of fall and the beginning of winter.  It's a really obvious and visible marker of our changing seasons. 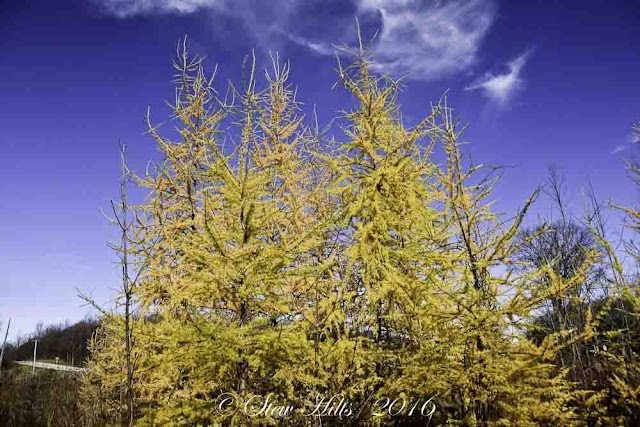 On a sunny day the Tamarack stand out brilliant yellow in the now mostly brown landscape.  These are right in our meadow, but driving the rural roads past any wetland, the golden Tamarack stand out even more against the dark green Spruce and Pine. 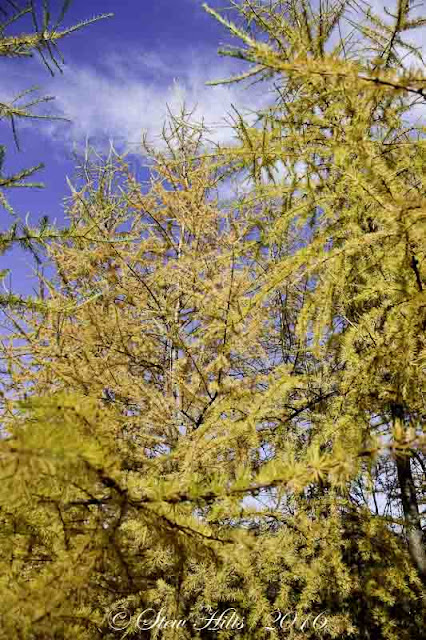 I prefer the name Tamarack instead of Larch for two reasons.  First, this is the Algonquian name for the tree, meaning 'wood used for making snowshoes'.  We also have a lot of the European Larch, a non-native species that has invaded via reforestation projects which confuses use of the name Larch. 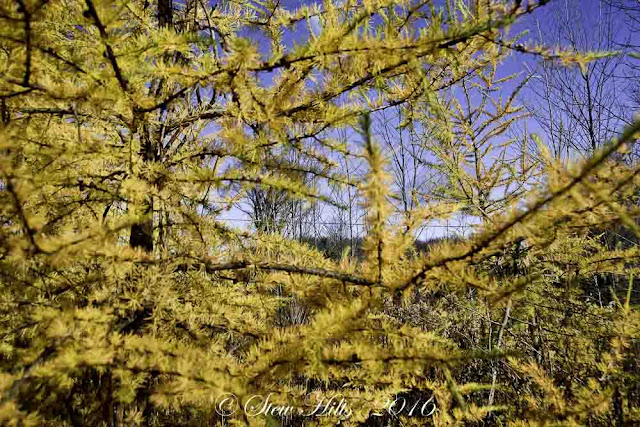 When you're close to the Tamarack, you feel like you're enveloped by all these tiny little golden needles.  There are quite a few needles in a cluster, often up to 20. 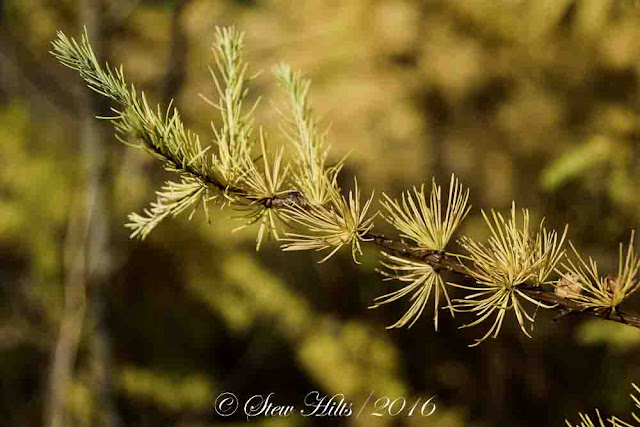 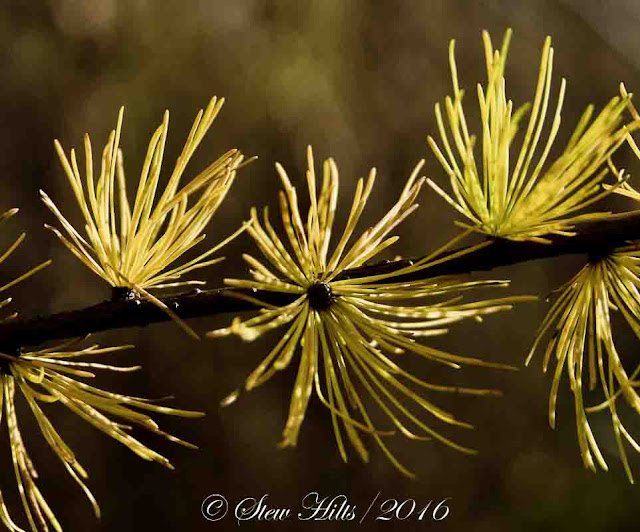 The Tamarack is a very pretty tree for a few weeks in late fall! 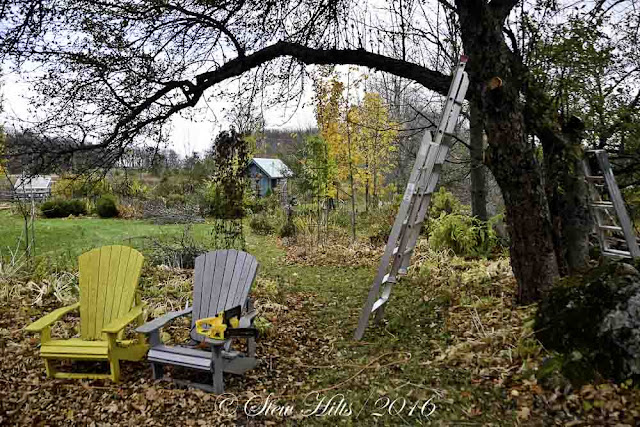 It's the time for installing snow tires, chainsaws and cutting firewood, fence repairs and manure spreading on farms, and hunting (it's deer hunting week right now).  For some skiers we know, it's the time to dash to Florida for a month of warmer weather before ski season arrives.  For me, it's time to get all those last fall chores done. Our snow tires are now on, our bird feeders are up, and I dug out my little toy chainsaw and trimmed some big branches off the old apple tree.

Like many Canadians, we're watching the results of the American election and thinking about our friends to the south of the border and what the future will hold for them.  I can't remember any other presidential election that has captivated so many Canadians.