I've been noticing this year's crops as I drive around the valley these days and to my eyes, they're looking pretty good.  We had a good few weeks during May and early June to let farmers get all the crops in, and just enough rain to keep them doing well.  Although I don't write about them often, they dominate the rural landscape here at this time of year. 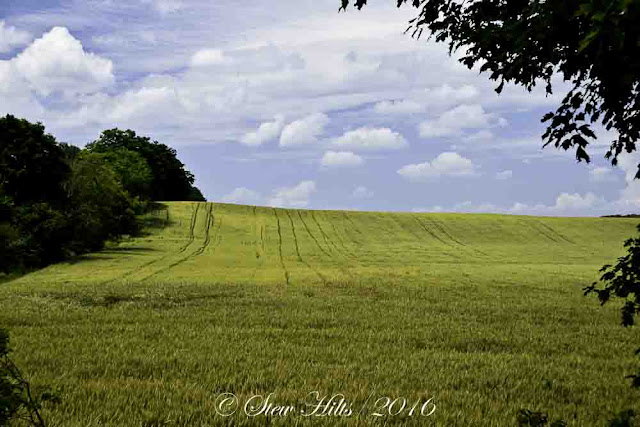 The first crop that will get harvested is the wheat.  Harvest has already started further south in Ontario, but not here yet.  The wheat is looking golden brown and almost ready though. 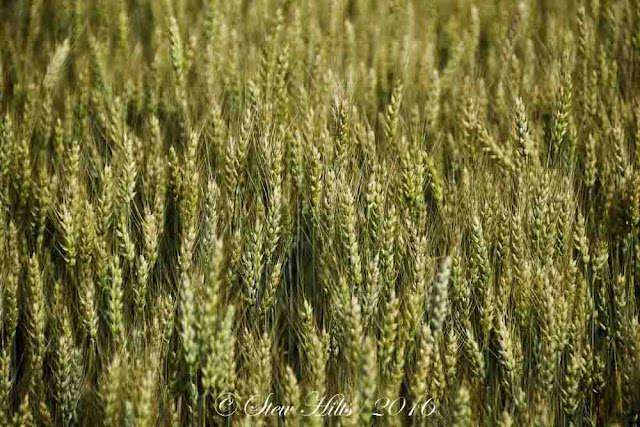 Wheat is much more dominant as a crop on the prairies, but it still ranks #3 in Ontario.  It's usually grown here in a rotation with corn, soybeans and sometimes barley. 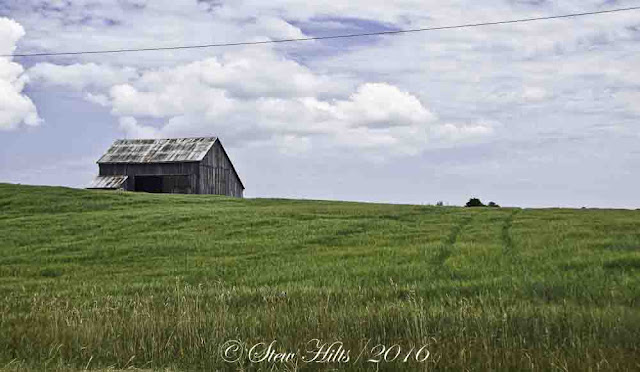 This is one of those fields of barley blowing in the gentle breeze.  With those long tassels, even the gentlest wind blows across barley fields like waves. 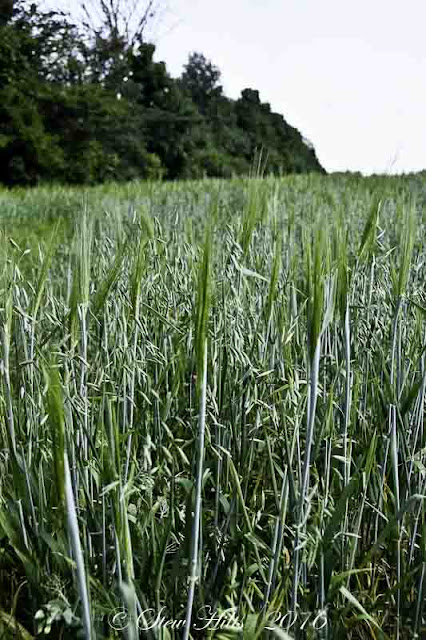 And this field is mixed grain, consisting of barley and oats mixed together, usually grown for cattle feed.  You can see the two distinctively different types of grain here. 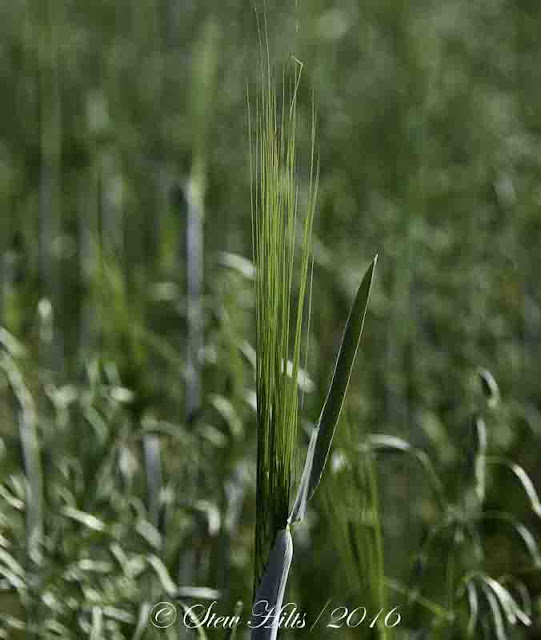 The barley has those noticeable long tassels, (or what are correctly called 'awns' if you want to know the botany, common to all grasses).  These are what give a barley field that wavy appearance. 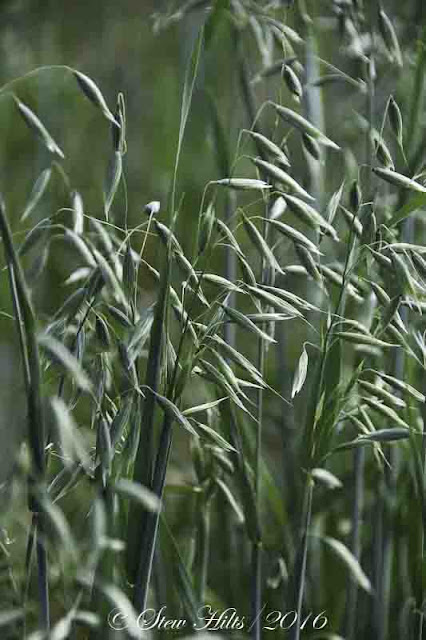 Oats are very different, with separate grains clearly visible in a quite open seed head.  They also have a bluish tinge to them, making the whole field look slightly blue. 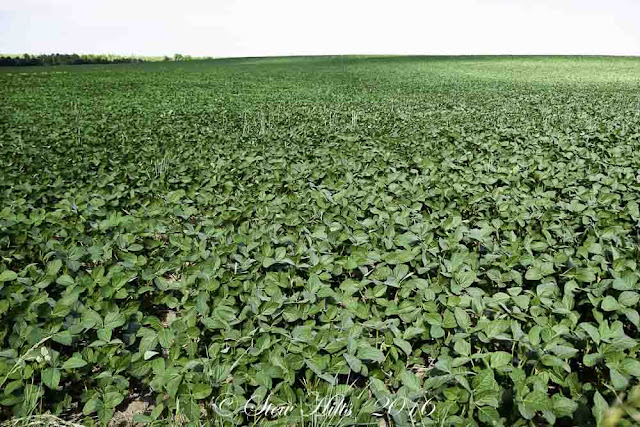 Soybeans and corn are the two big cash crops in Ontario; these are the soybeans.  They're frost sensitive, so they're one of the last crops planted here, and won't be harvested until well into fall. 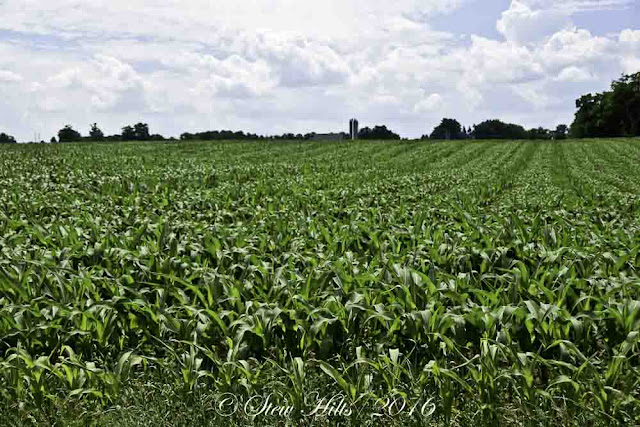 And the last big cash crop is corn, here looking green and healthy.  Even though it grows nearly 8' tall, it's still a grass species, and has to tassel to get fertilized, forming the corn cob. 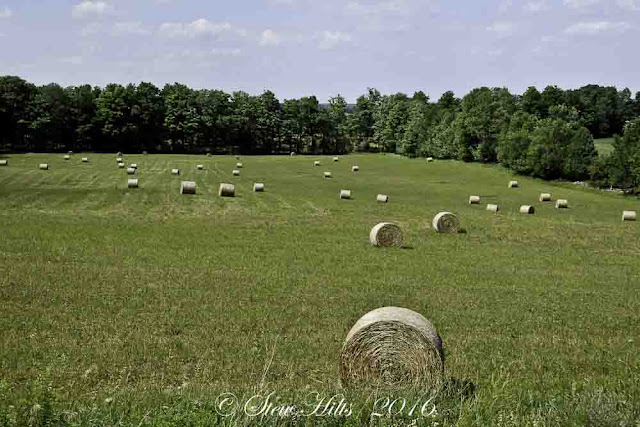 I've sort of ignored the widespread hay crop, which is actually Grey County's biggest crop by acres.  The first cut of hay is long since done, though the big round bales are still sitting in some fields.

So that's your update on crops here around the valley for now.