A Family Wedding in London

The first few days of our trip we spent in London, for a family wedding.  Our niece headed for the UK about 15 years ago;, and has never returned; she's now settled in with a family and a career.  We were very glad that the timing of our trip allowed us to be there and support her own family who otherwise live on this side of the pond.  It was a great wedding too, with a good party to finish off the evening. 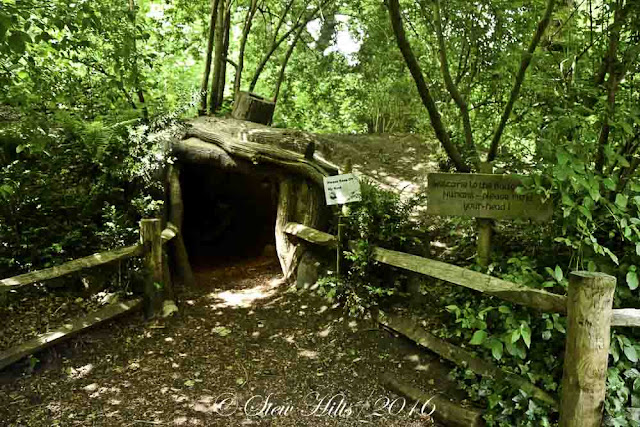 We had allowed ourselves a day for jet-lag recovery before the wedding, but were feeling pretty good, so we headed out on the long tube ride to Kew Gardens.  We visited it in 2011, but I never got the chance to explore the badger sett built for kids.  Here it is! 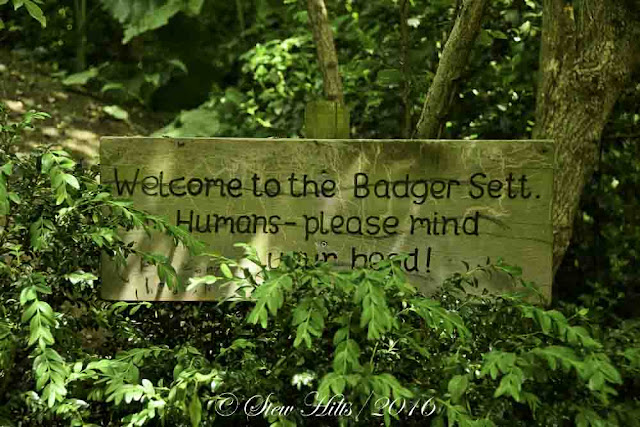 Badgers build underground tunnels and hollows as their homes, known as 'setts' - a bit like a groundhog burrow here.  There are several active badger setts in the quieter corners of Kew Gardens, with real badgers. 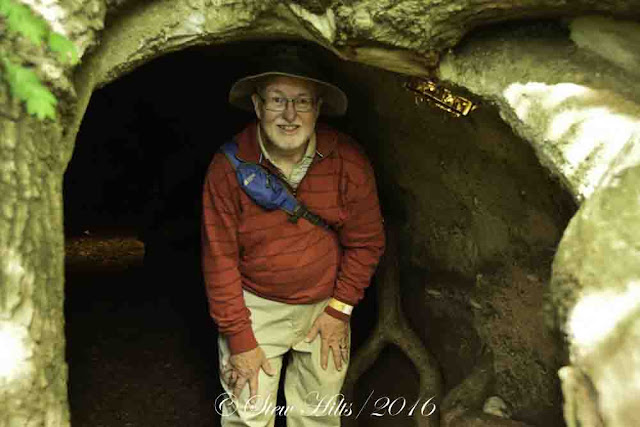 But this is a mad-made one, built of concrete, but cleverly disguised to look natural, at least in the eyes of children.  I was so disappointed to miss it last time, so here I am, heading in to explore.  I was careful to go in only when other parents were there. 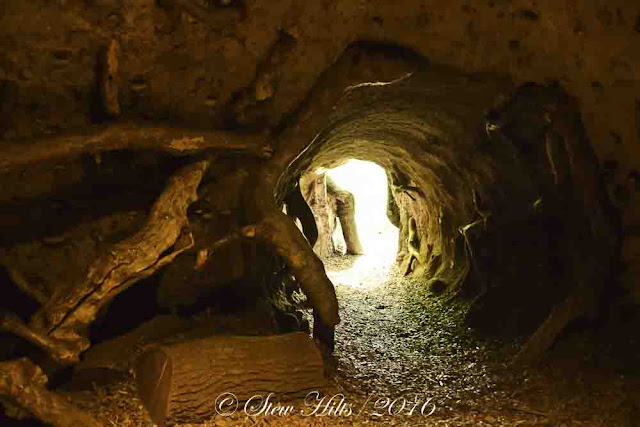 It was much darker to my eyes than these pictures suggest.  Stepping in out of the bright sunlight, it was almost black, until your eyes got a little used to the darkness.  But a high ISO setting can show you things that you don't actually see when you're there. 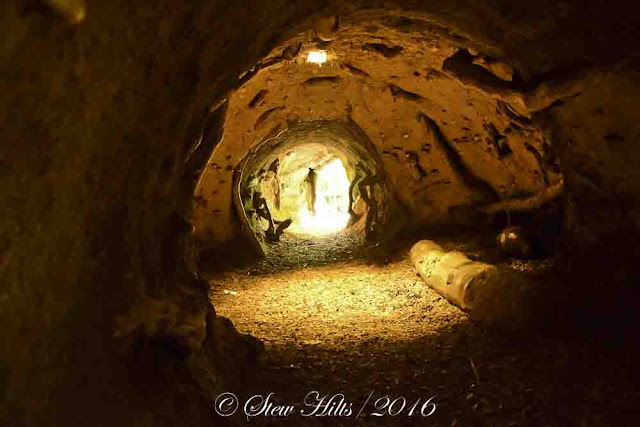 The whole mound is 50 or 60 feet in diameter, so the three tunnels to get in are quite long, and then there is another tunnel (too small for me), connecting two of them.  It struck me that you'd have to be a brave child to explore it without a parent. 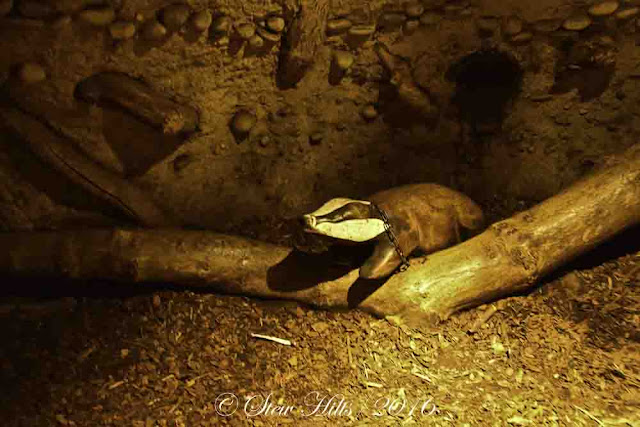 And in the middle there's a bigger hollow, where the animals would actually live, with a realistic (but wooden) badger or two.  I thought it was a great experience, though I was trying hard not to get my knees dirty crawling on the ground! 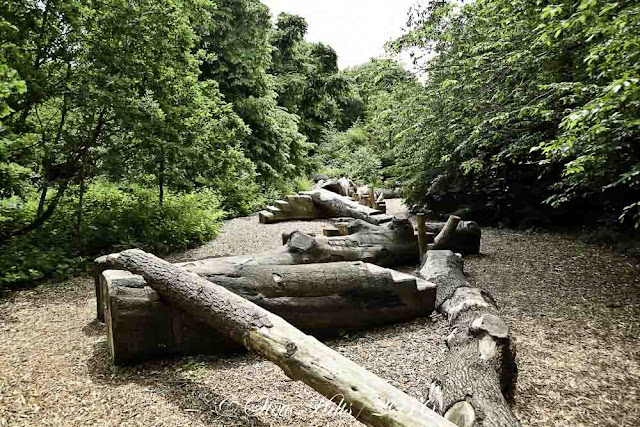 Nearby is the log walk.  In 1987 a huge storm brought down thousands of old large trees across southern England, including in Kew Gardens.  But some bright light thought that using a few of the large tree trunks to creat a log walk would be fun. 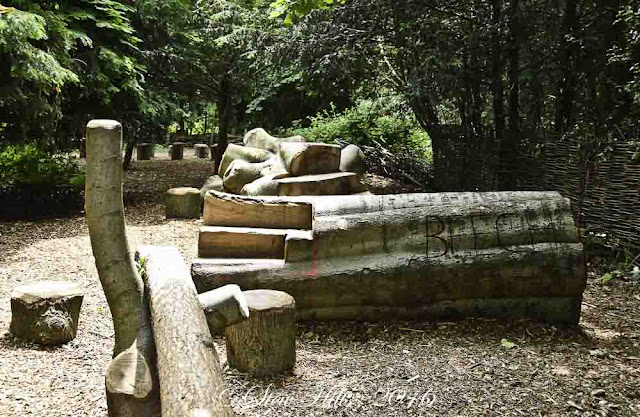 They abviously had someone who was pretty handy with a chainsaw, who cut steps and flat spots into all the logs, and created log stepping stones too.  The walk extends over 100 yards, and some of the old tree trunks are pretty large. 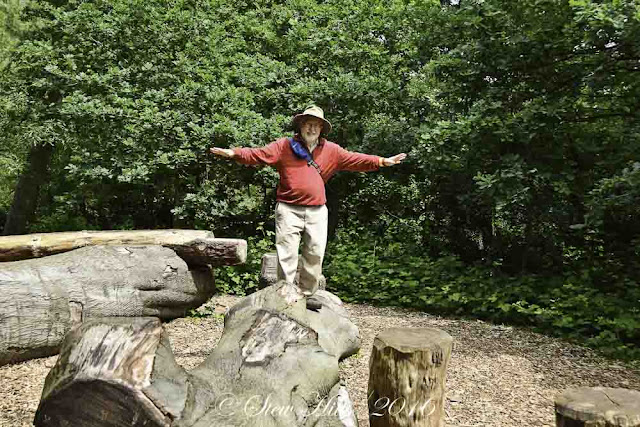 I didn't quite make it without touching the ground, but it was fun trying. 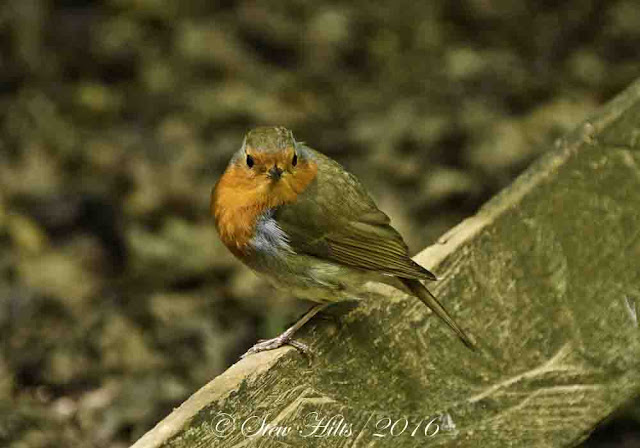 We stopped to eat a sandwich after my explorations, and this little fellow, a European Robin, came to visit.  I've written before about the main part of Kew Gardens and its greenhouses, from our earlier trip.  If you're interested, check it out here. 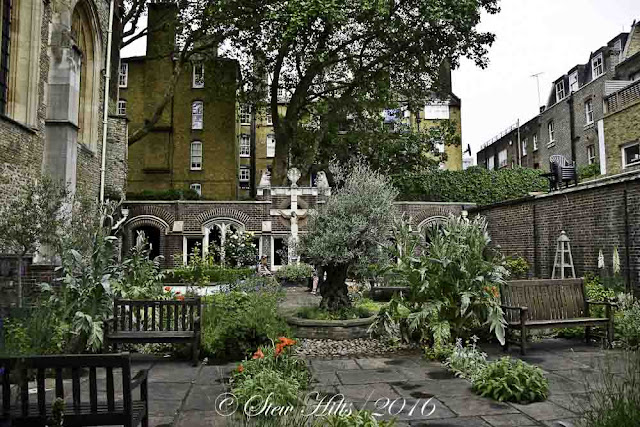 As for the wedding, it was held in St. John's Wood Church, in the centre of London, and the reception was held in this delightful courtyard, attached to the Priory Church of the Order of St. John.  The dinner was later held in the great hall of the nearby Museum of the Order of St. John, a building about 400 years old.  Of course no-one came by car; London is a city of tube routes and buses and perhaps a few taxis.  As far as I know my niece and her husband don't even own a car. 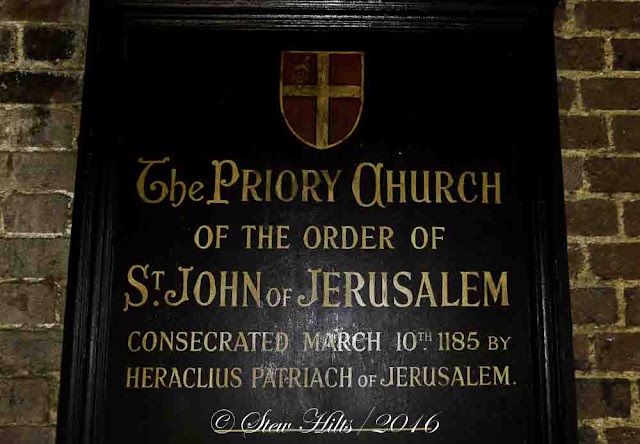 The Order of St. John dates to the early Crusades in history, and gradually evolved into today's St. John's Ambulance.  Not many churches can claim their origin goes this far back! 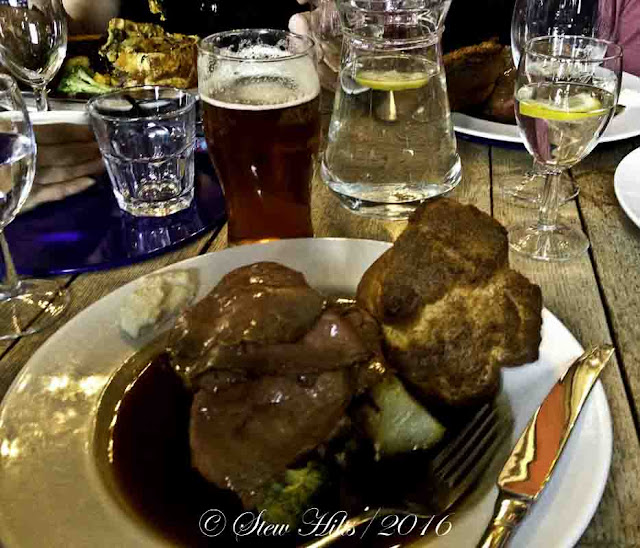 On the following day, the families and the handful of us from overseas all met in a local pub for a traditional Sunday roast beef dinner.  The dinner was a little overwhelming, but absolutely delicious!  The whole affair was a great start to our trip!