While we gathered and waited for the sunset shots I shared with you Friday, we had fun watching a family of Mute Swans emerge from the marsh and swim down the lake.  Apparently they do this every evening. 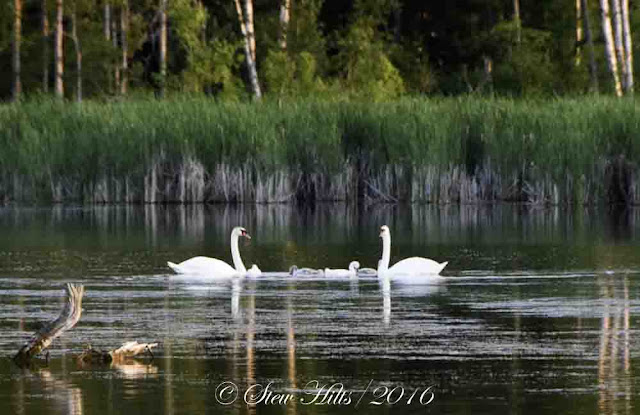 The swans were a long distance away; this is a much cropped shot.  We think there were four cygnets.  You can recognize the Mute Swans by their orange beaks.  They tend to be found in solitary pairs, and don't migrate, unlike the Arctic nesting Tundra Swans we see in larger flocks going through in the early spring.  They usually mate for life. 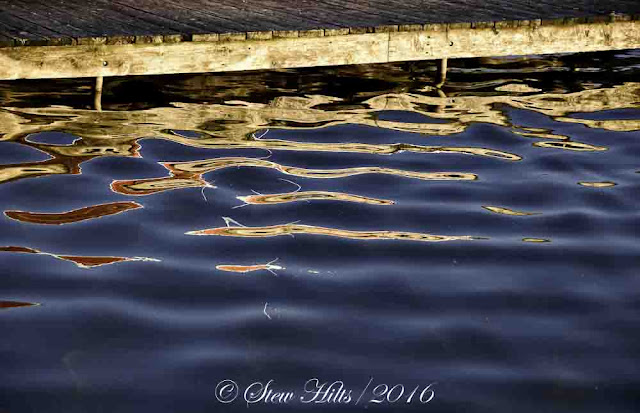 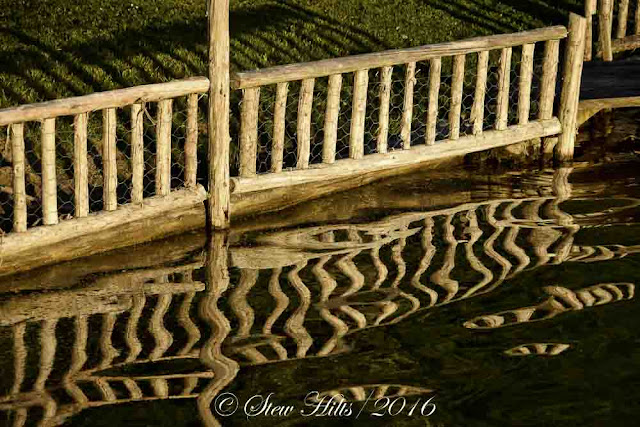 The reflections, and the evening light over the marsh below, were a reminder of what the 'golden hour' for photography is all about.  The sun was spilling its light across the lake in a long slant, lighting the eastern shore.  This is a 'Canada Goose fence', very effective at keeping the geese off your lawn. 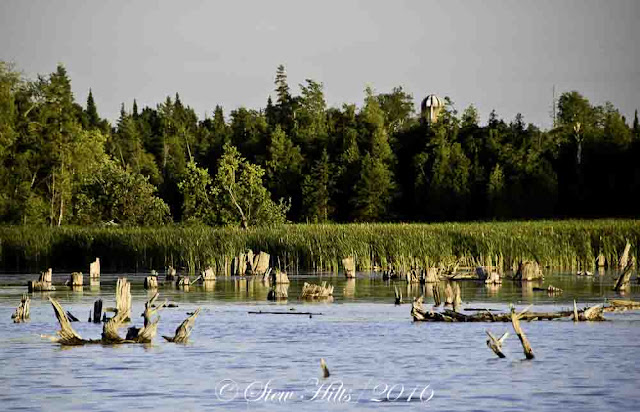 We were fairly close to the south end of Lake Eugenia, where the water gets shallow and long-ago-cut stumps emerge from the water (keeping motorboats at bay, but a great place to paddle). 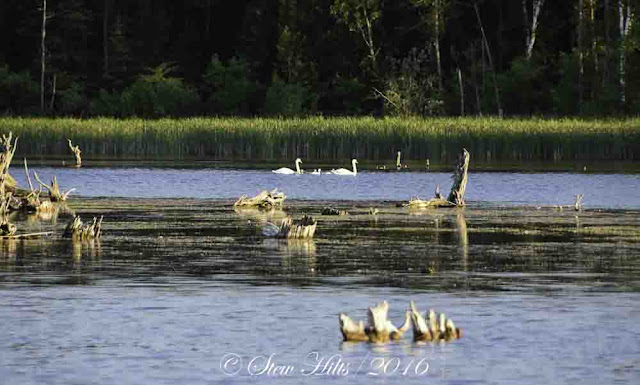 The swans emerged from that marsh, on the far side of the lake, and meandered slowly northward, giving the cygnets a chance to practice their swimming I presume! 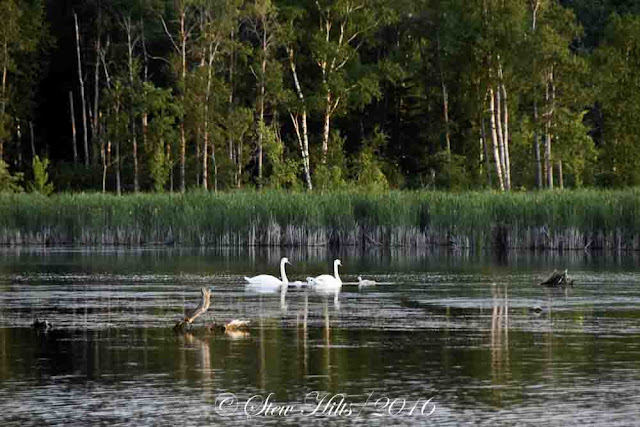 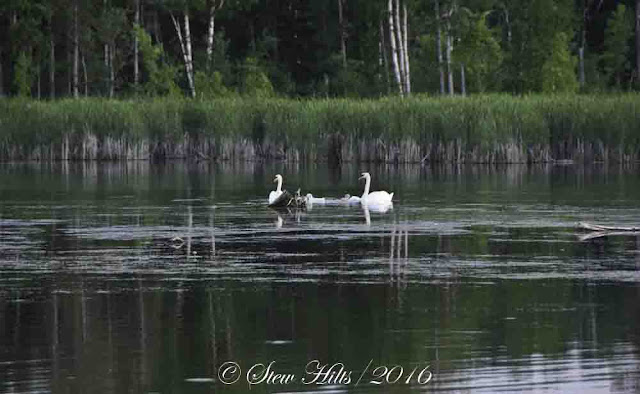 Eventually they turned and headed back southwards, into the shelter of the marsh. 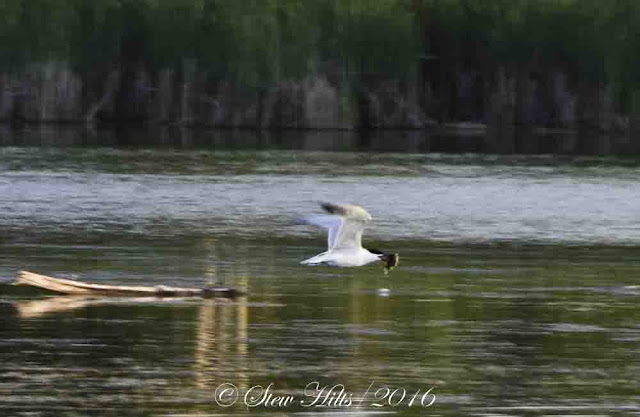 But at some point while I had my camera at hand, a tern, probably a Caspian or Common Tern, swooped down into the water with an abrupt splash, emerged to sit on a stump for about 4 seconds, and flew away.  This is a hugely cropped shot of the moving bird, but you can see the fish in its beak, a fish that would be a substantial mouthful I think!

Our hosts would say 'Just another beautiful evening on the lake'.

Swan Migration - Thanks to David's comments, let me clarify, that Mute Swans do 'migrate' short distances in southern Ontario to avoid ice in the winter, flying to areas of open water.  In my experience locally, you'll find a pair where the Beaver River empties into Georgian Bay in Thornbury and the flowing water at the river mouth stays open all year.  Trumpeter Swans, as David says, were reintroduced in Wye Marsh near Midland, but fly to Lake Ontario for the winter, so you may see the odd few 'migrating' through with the larger flocks of Tundfa Swans in the spring.  Tundra Swans are the stars of the migration show, arriving in southern Ontario in large flocks in late March, on their way north.