By mid-summer, crops are maturing and dominating much of the landscape around the valley, except for all the woodlots and slopes too steep for farming.  Corn, wheat, soybeans and barley are our main crops here by acreage, along with hay, and all of them are looking good this year.  A huge part of what you see in mid-summer is fields of these crops. 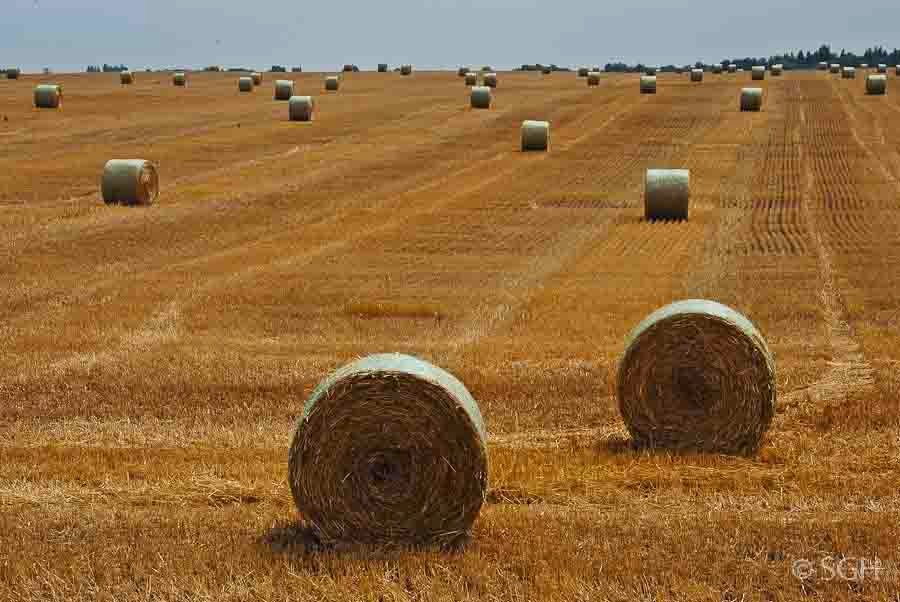 This is the wheat field I posted a picture of yesterday; it's now been harvested, and the bales of straw left ready for gathering while the grain has probably been shipped off to a feed mill for export. 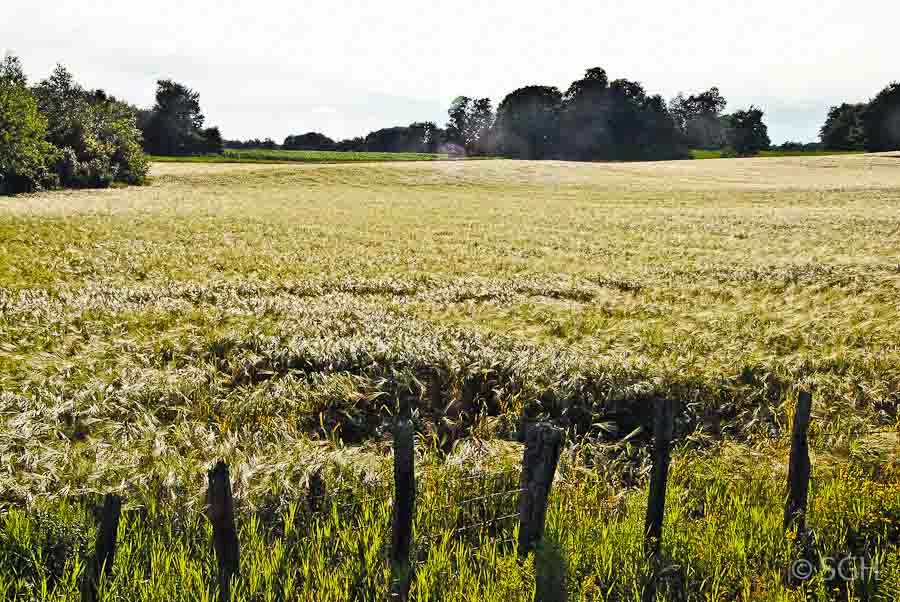 Barley is very similar to wheat; both are grasses which get combined, providing grain and straw.  What I like about barley is the 'feathery' look of the fields, especially when there's a breeze and the crop is waving in the wind. 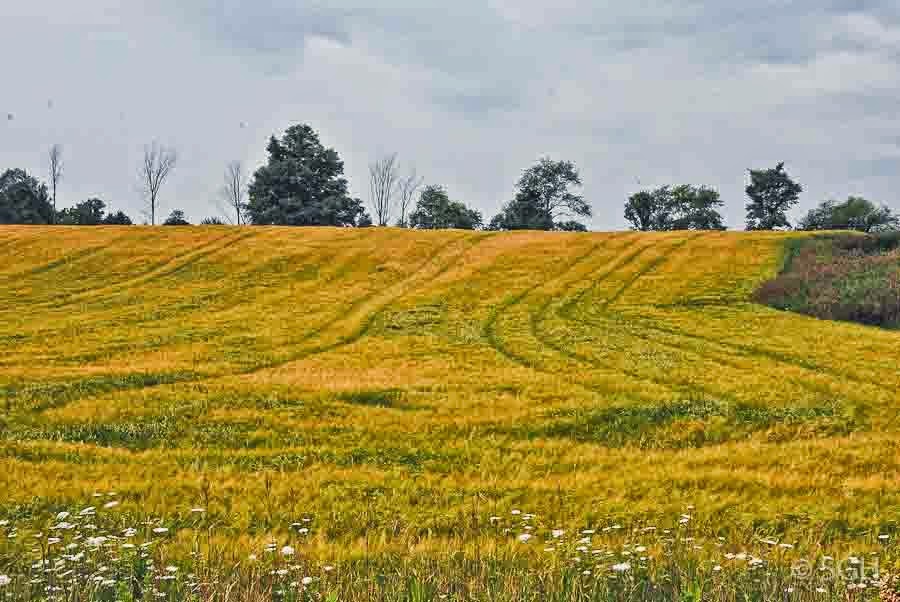 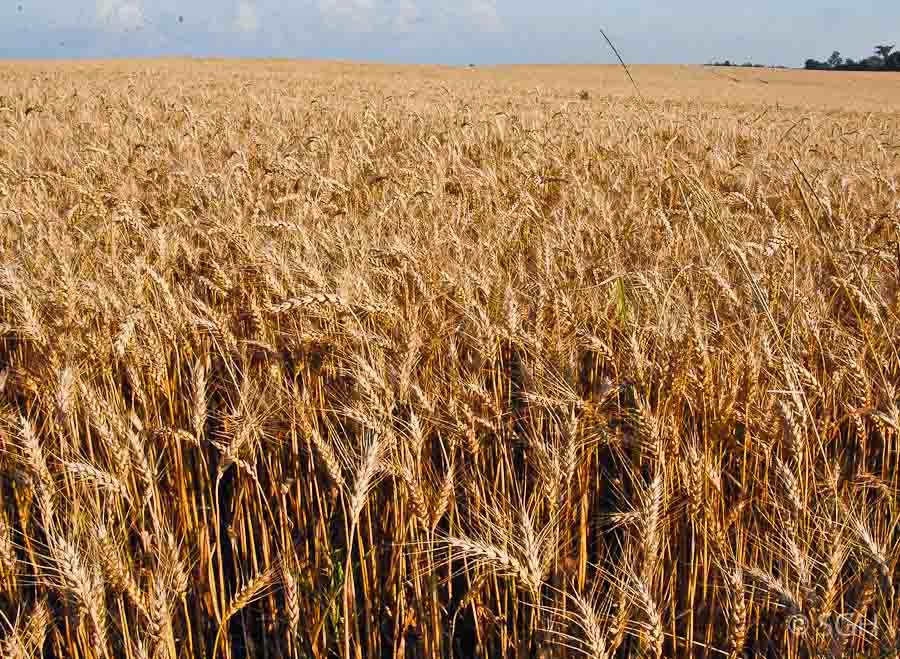 A friend asked me what was the difference between wheat and barley the other day as we drove home from canoeing, and I was reminded that some people may not know.  So this is a close look at wheat; you can see the individual grains, and the short spikes or 'awns' which are typical of all grasses. 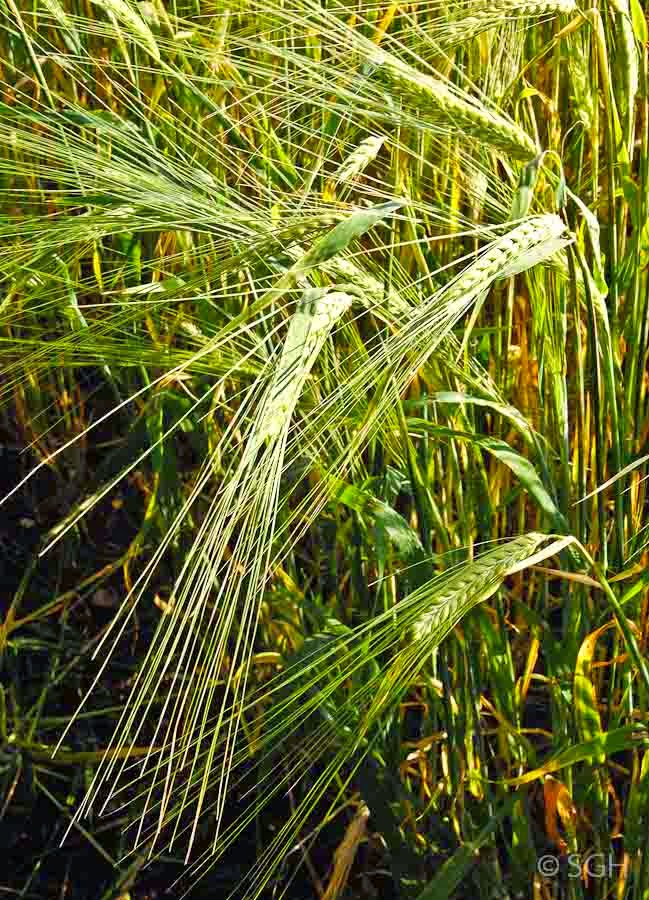 On the other hand, this is barley, not quite so golden brown, and with awns or spikes that are much longer.  These are what give a field of barley its wavy appearance.  Barley is a northern crop, and Canada is the world's 2nd largest producer. 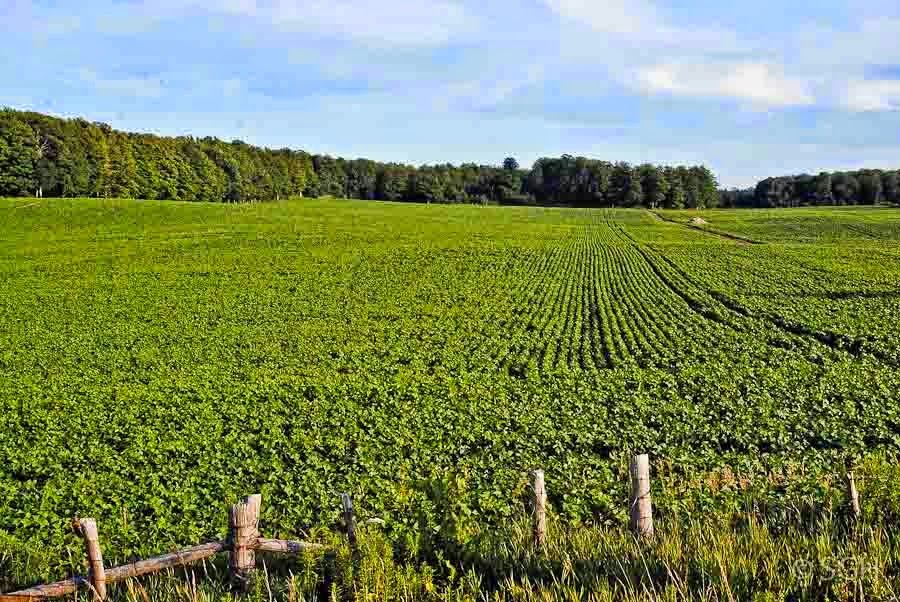 And here come the soybeans, growing well and looking a rich green at this stage. 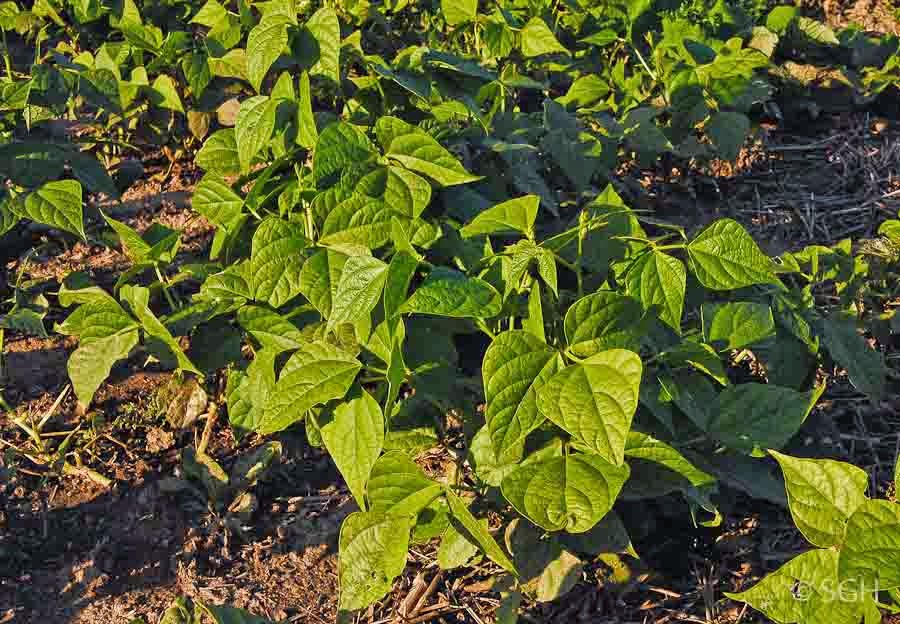 Soybeans are not a grain, but are related to mustard, brussels sprouts and other plants.  They look very much like the beans in your garden at first glance.  Later in the fall they'll turn yellow, and then the oil seeds get harvested - like tiny beans. 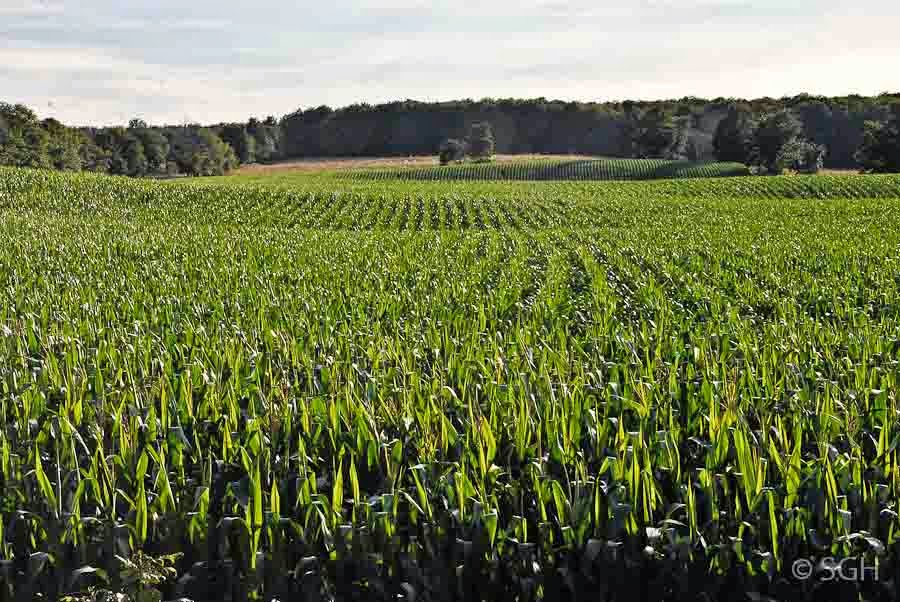 More and more acres have been planted to corn around here the past 2-3 years, as the price has risen, so we see lots of fields like this. 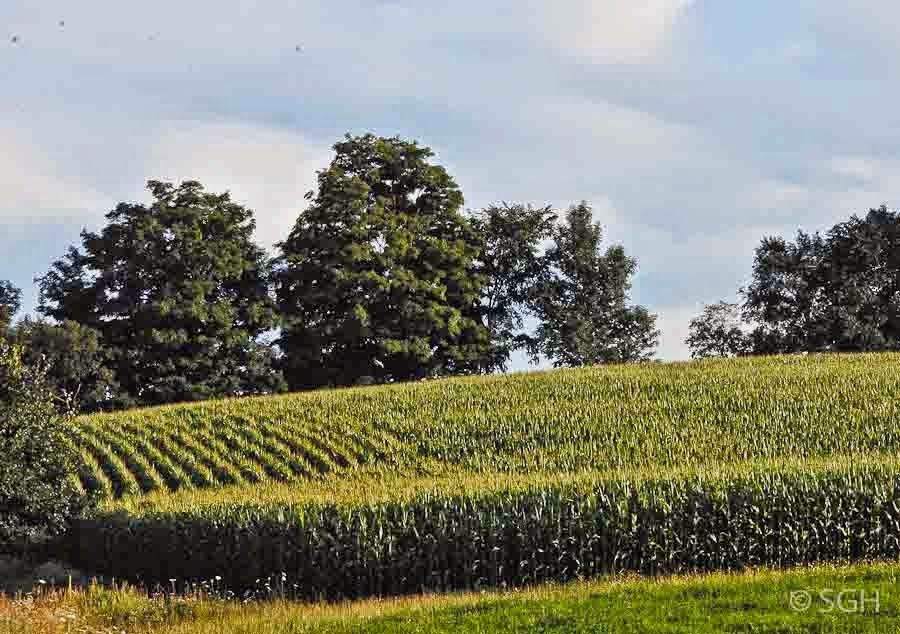 And as the corn, another grain like wheat and barley (but a much bigger plant) matures, it tassles, those brownish spikes at the top that are the 'flowers' of the corn, turning the surface of the corn fields brown.

Someone also asked me recently what is the difference between hay and straw.  Hay is usually a mixture of grasses (and sometimes plants like clover or alfalfa), that is harvested whole, by being baled - usually into large round bales here.  It's used for animal feed, and still contains all the seeds of the plants, which are actually what provides the protein for the animals that eat it.

Straw is the leftover stalks of the wheat and barley plants when the grain has been removed by the combine, so it's baled (often in large rectangular bales, but in large round bales in the first picture above) separately, and has no seeds in it.  It's usually used for bedding for livestock, and only as a last resort for feed, if not being just left on the field.  A lot is shipped to horse farms which usually don't grow crops like wheat, but do need the straw for bedding.

And if you're buying some for mulch, you definitely want straw, not hay!

A 'combine' by the way, in a large bit of farm machinery that 'combines' the operation of cutting these crops and separating the grain from the leftover straw.