On Tuesday last, our Photography Group went on a walk to explore Bognor Marsh.  A large conservation area southeast of Owen Sound, the marsh is surrounded by a loop of the Bruce Trail, but also has an interpretive boardwalk along the south side.  That was our target, and it turned out to be very interesting. 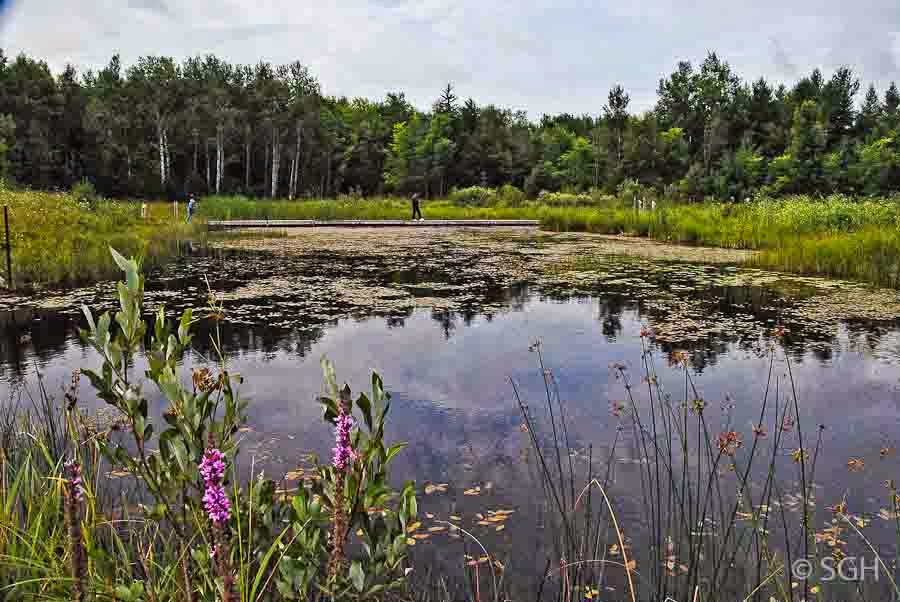 It's quite a large marsh, with some open water, and a lot of wetland habitat full of various rushes around the edge.  The boardwalk (in the distance) was in good shape, and yes, that's Purple Loosestrife, though it certainly hadn't invaded widely in the marsh. 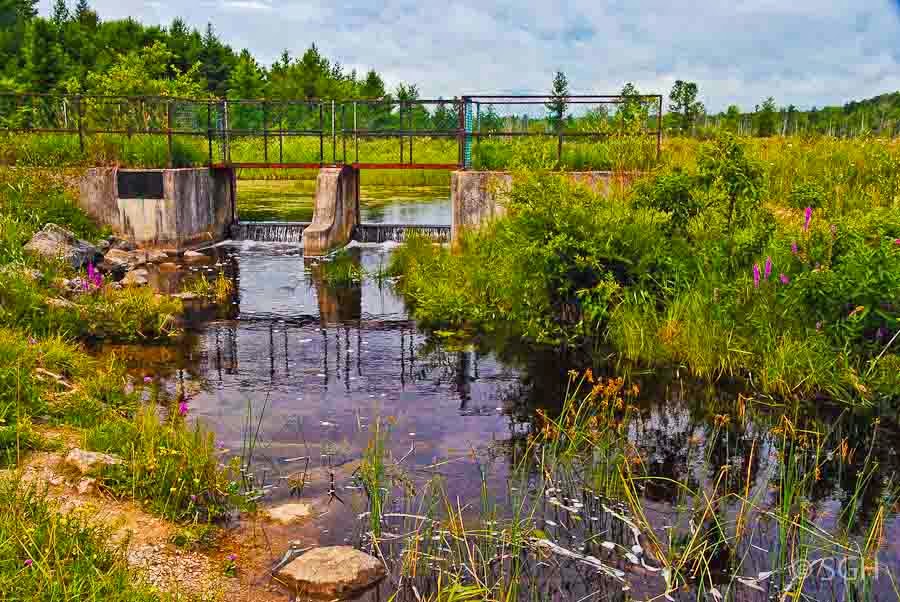 The water level is controlled by a small dam and berm, which probably makes for better waterfowl habitat. 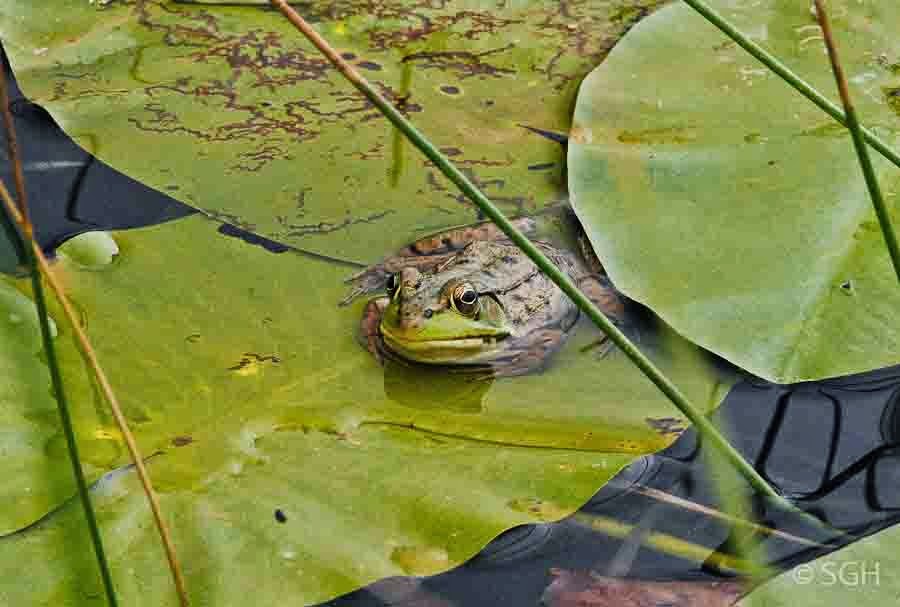 There were lots of frogs, this Green Frog just sat on a lily pad while we all took photos. 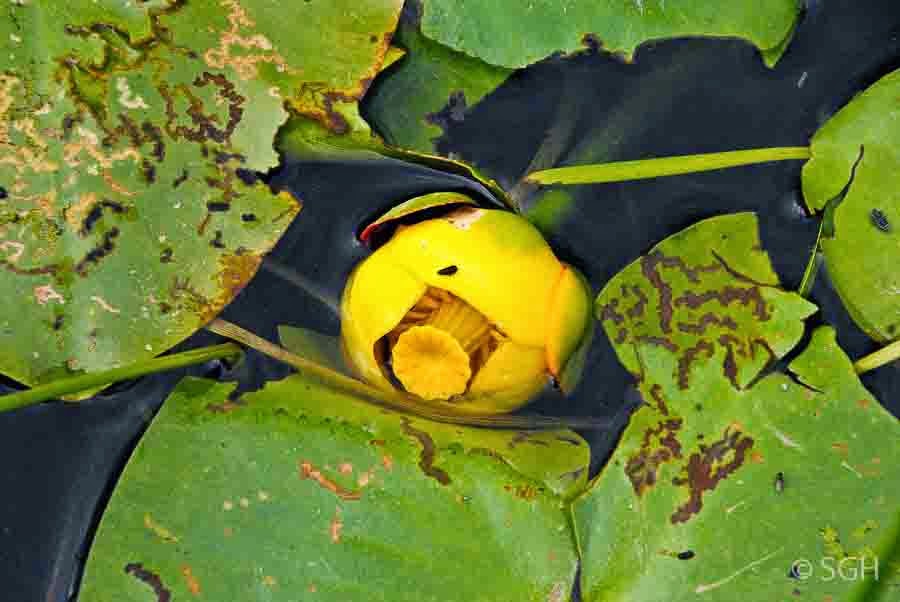 And one Bullhead Lily conveniently grew beside the boardwalk so we could get a good look at the actual flower. 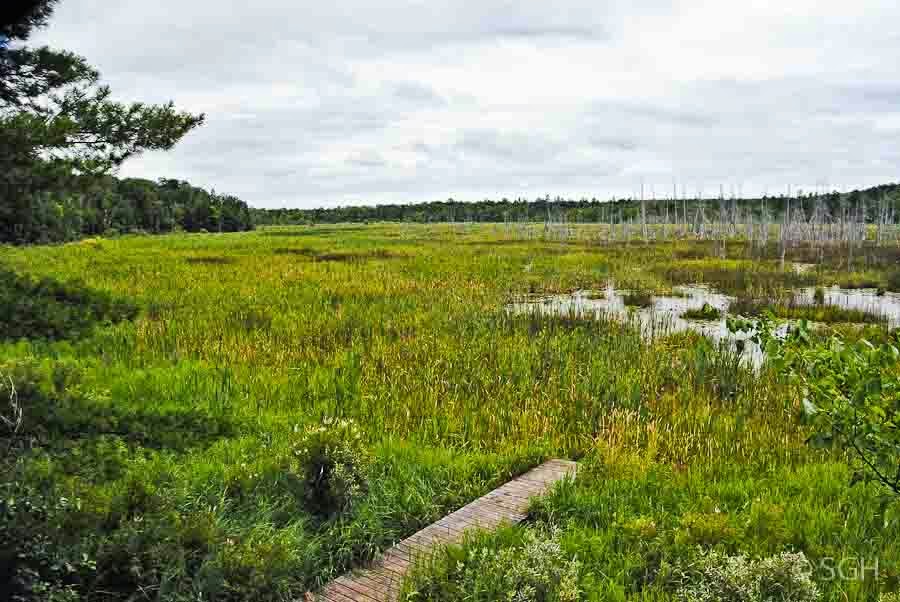 At the end of the boardwalk was a viewing tower, so you could get a view over the larger part of the marsh in the distance.  Lots of great wetland habitat. 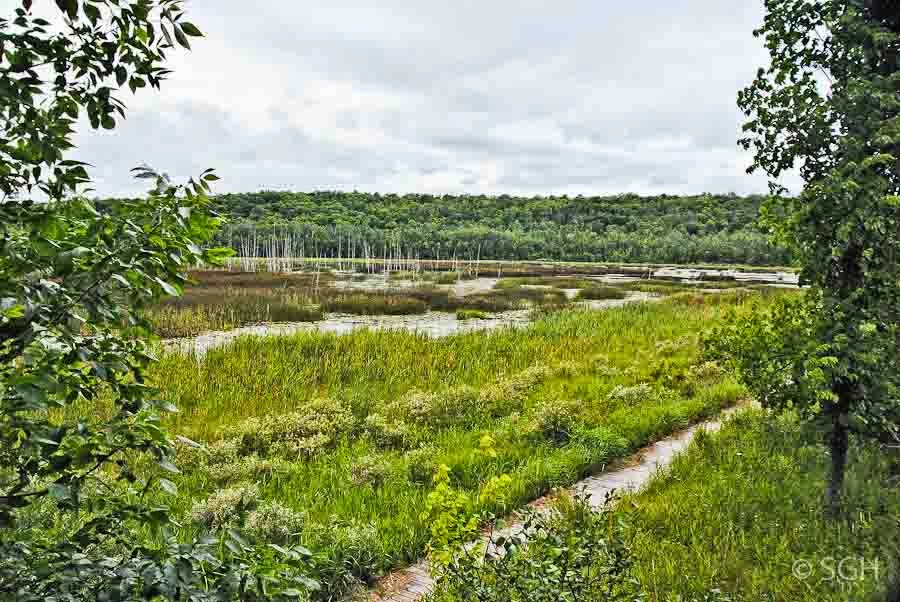 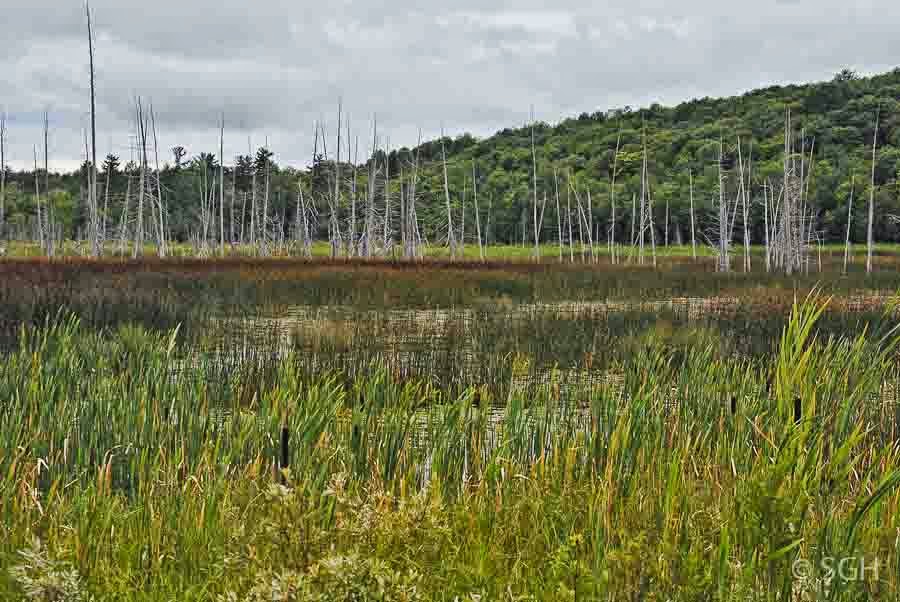 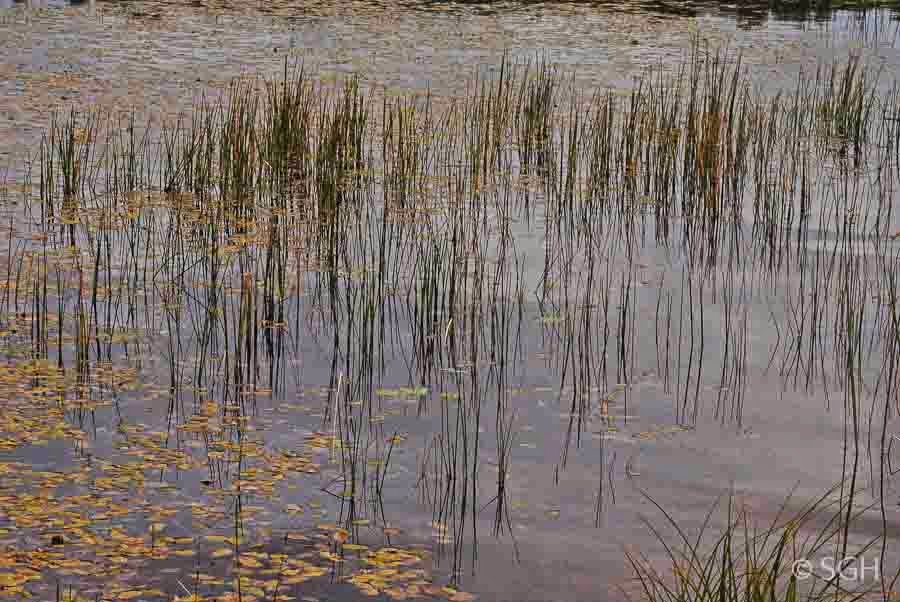 I had been watching for reflections, and found these shots of the smaller rushes in the open water were the most interesting to me. 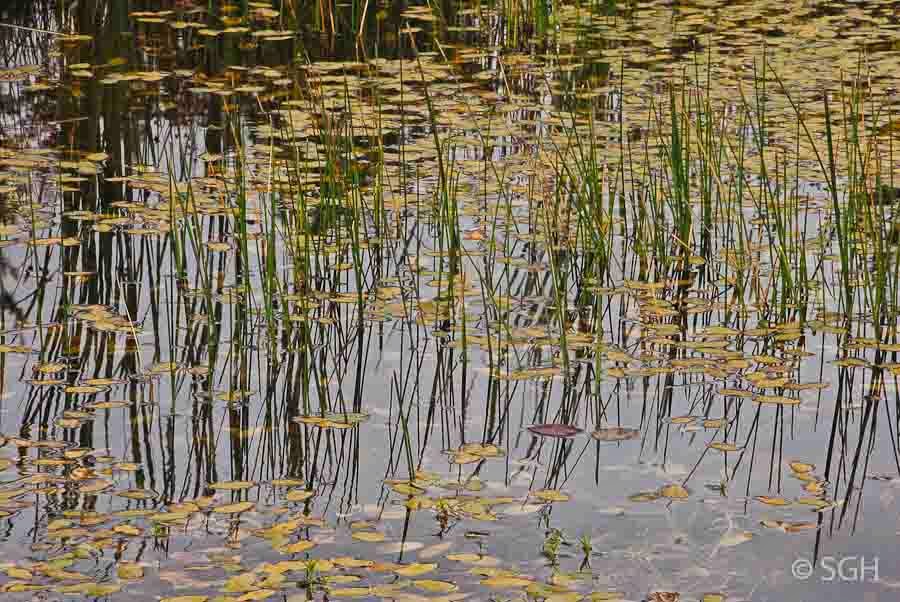 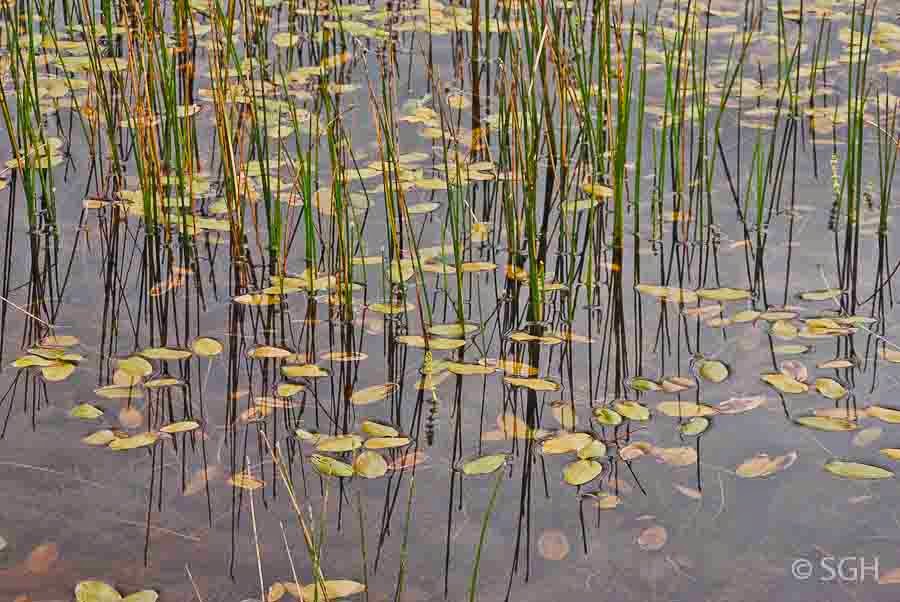 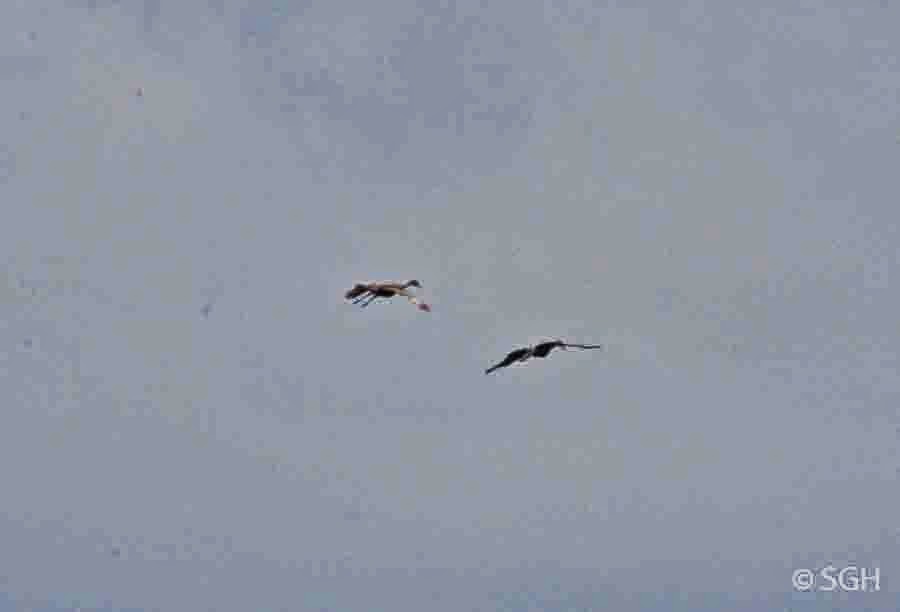 And to top it all off, as we were turning to leave the far end of the boardwalk, in came a pair of Sandhill Cranes, bugling their very prehistoric sounding calls.  They're not very common around here, so it was a suitable highlight, even if the picture is terrible!  Tomorrow, more on the botany; there were several plants I had to look up once I got home.