I've seen a number of frogs which sat still enough for me to get a good picture this summer.  I always like frogs, perhaps because you can identify them quite easily by their calls, and their calls are such a big part of spring to me.  There are only a few species in Ontario, and the calls are quite distinctive, so they're easy to learn.  They're a sign of healthy ecosystems too, so I'm always pleased to see them still around. 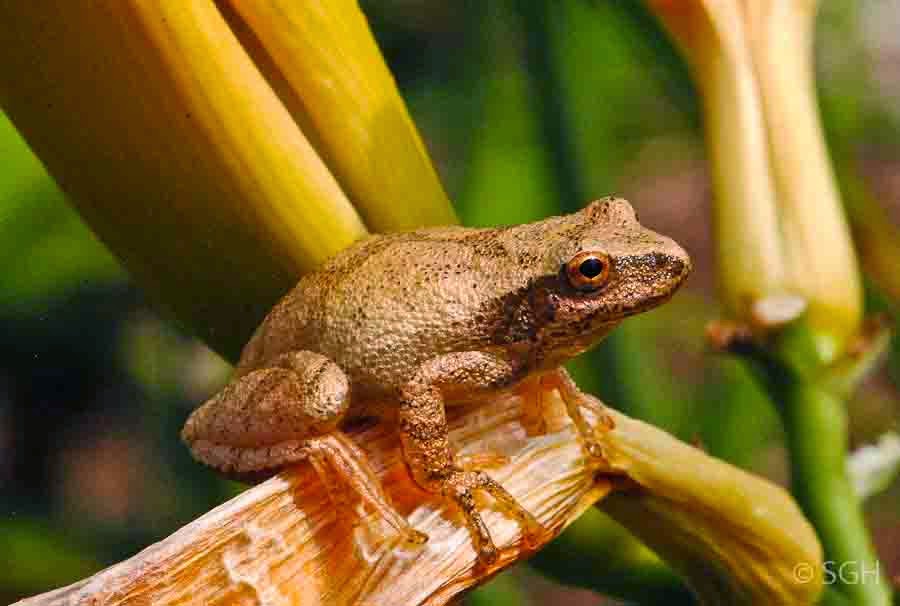 We spotted this Spring Peeper sitting on the top of a  spent daylily bloom in the garden, not seeming much disturbed by us. 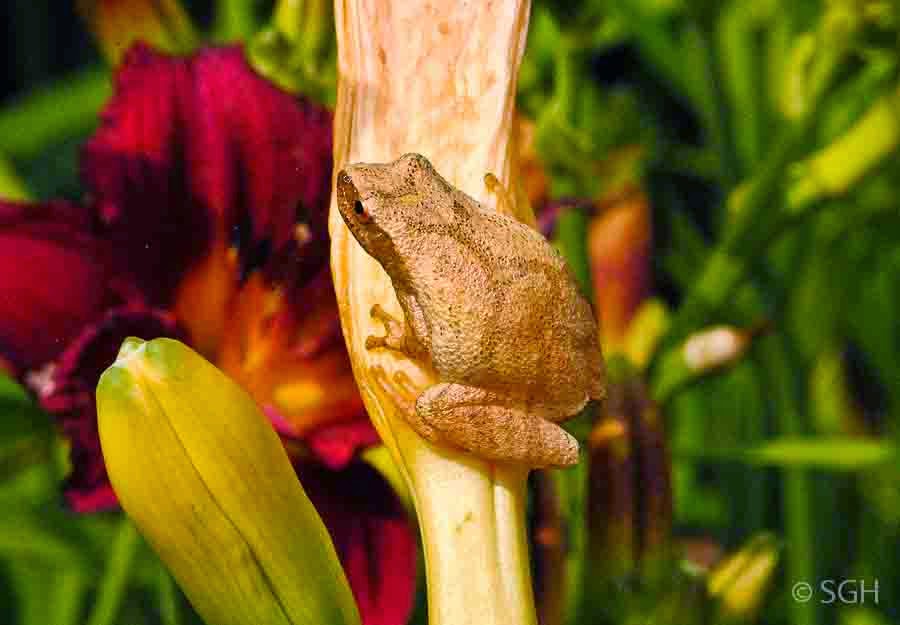 I had to chase it to another plant, but got a good look at the 'X' on it's back that is so distinctive.  One of our smaller frogs. 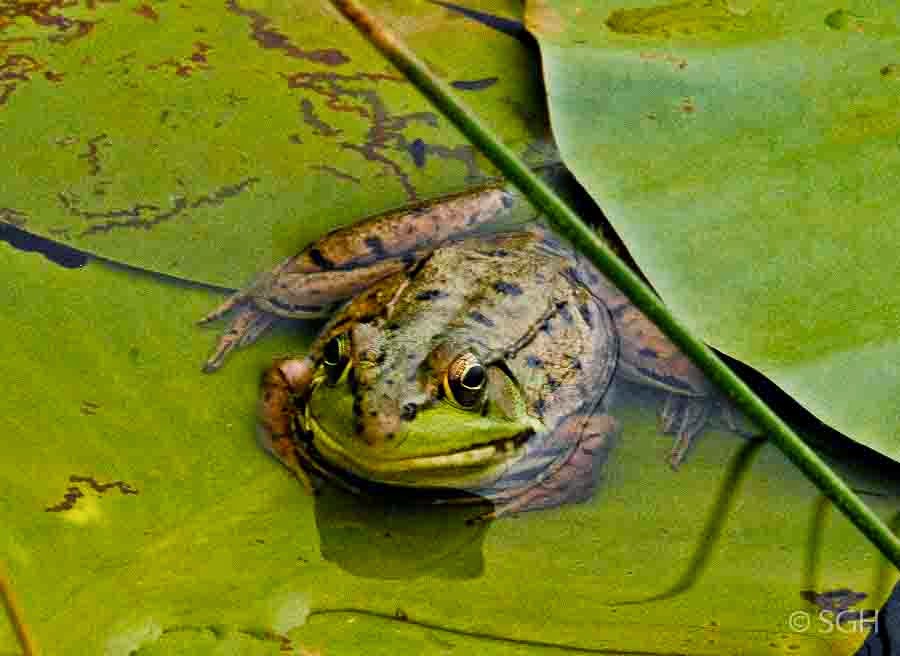 I've already featured this big fellow on my post about walking around Bognor Marsh wetland.  We all must have taken a dozen pictures of this large Green Frog sitting on a lily pad near the shore, and just staring back at us! 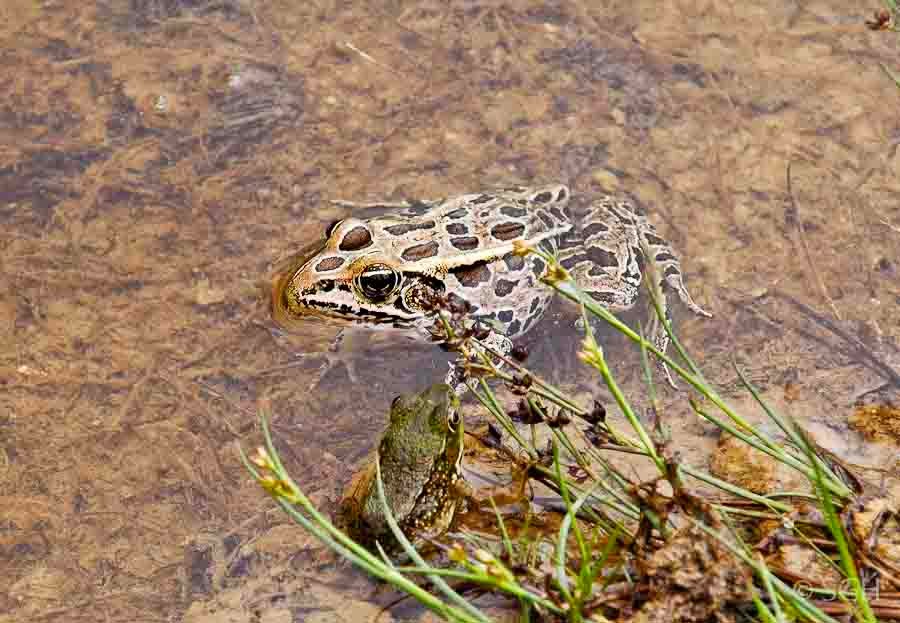 There were lots of Leopard Frogs around too, with their spotted back. Did you notice the second frog in the picture above; they were about one inch apart.  I think this is probably an immature Green Frog. 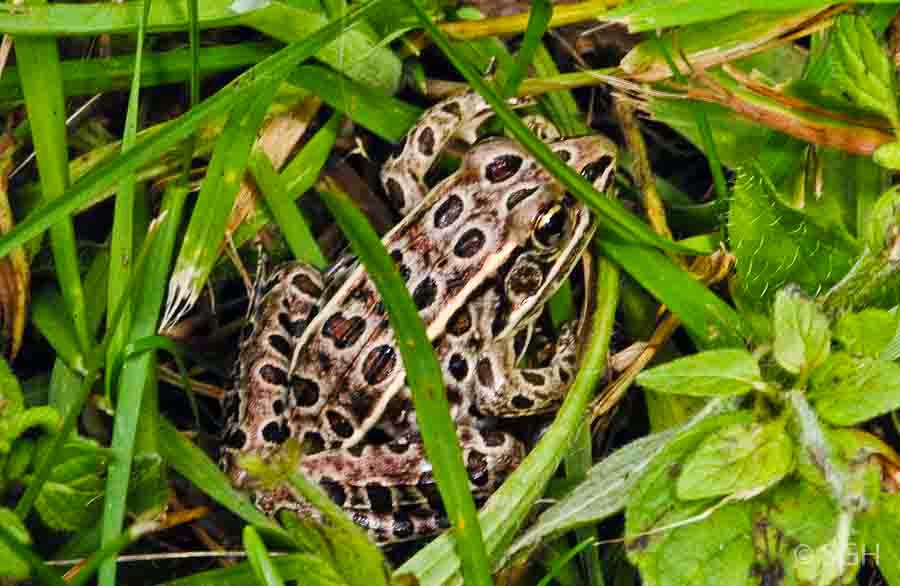 This is my more typical sighting of a Leopard Frog, hopping through the grass in the back yard. 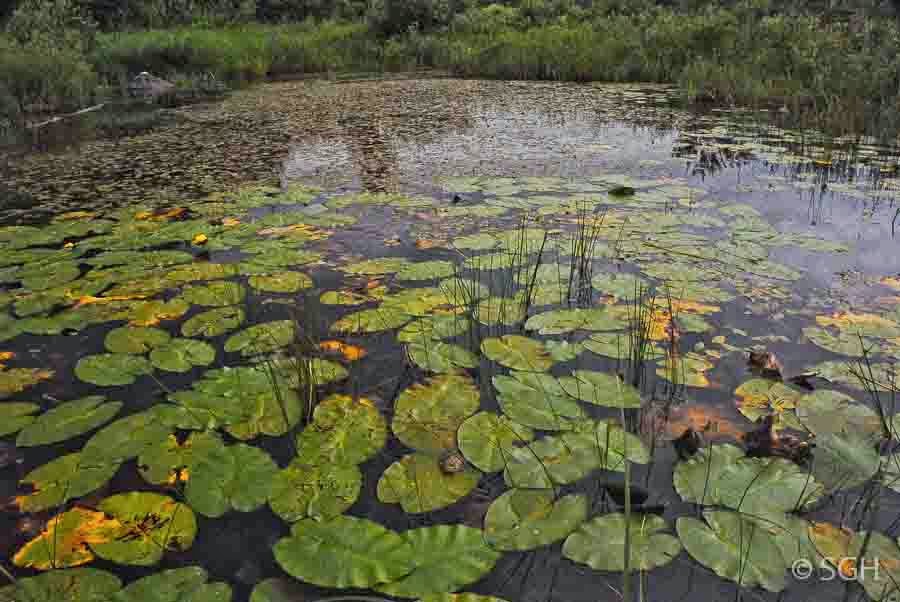 This one is for those who like to play 'spot the frogs'.  The big green frog is in the lower centre; can you spot the other two? 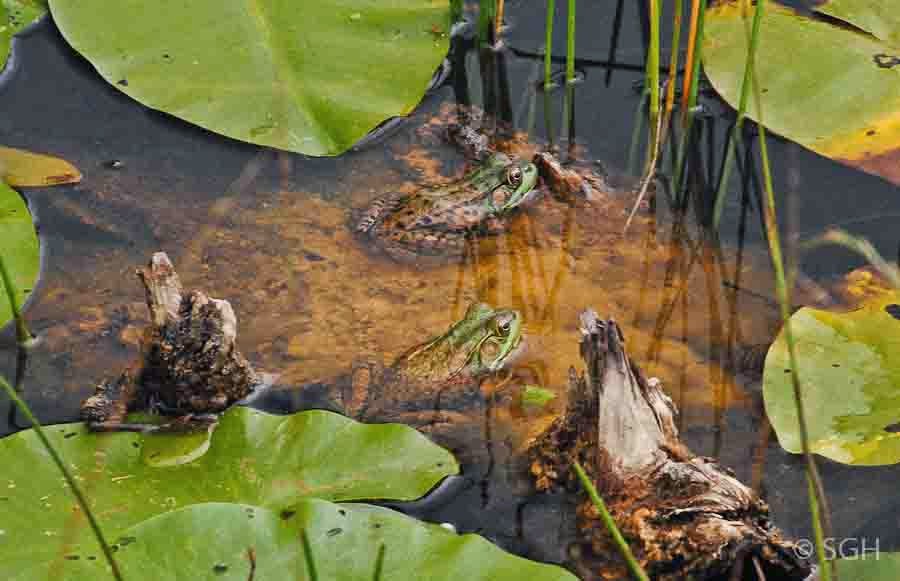 Here they are, just 18" to the right of the first Green Frog we were all taking pictures of, and nobody spotted them til 10 minutes had passed! 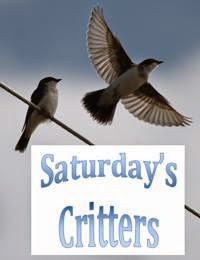