Our special destination for this visit to Inglis Falls was the potholes, which no-one but myself had ever seen.  Our son-in-law was particularly astounded by these round holes in the solid limestone bedrock.  And the walk was just a short one. 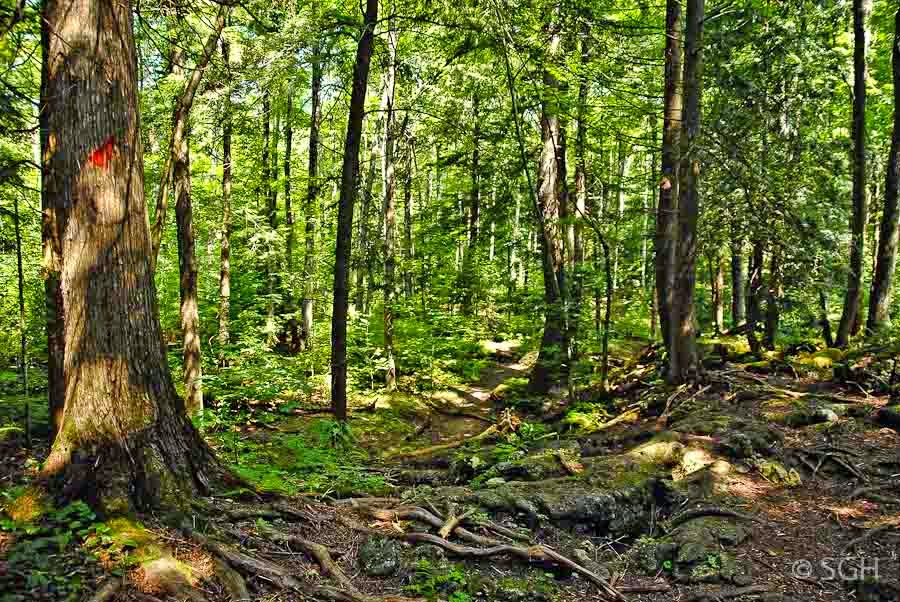 This is right on top of the Niagara Escarpment, so the limestone bedrock is right at the surface, with lots of roots crawling around until they can find a crevice to burrow down into. 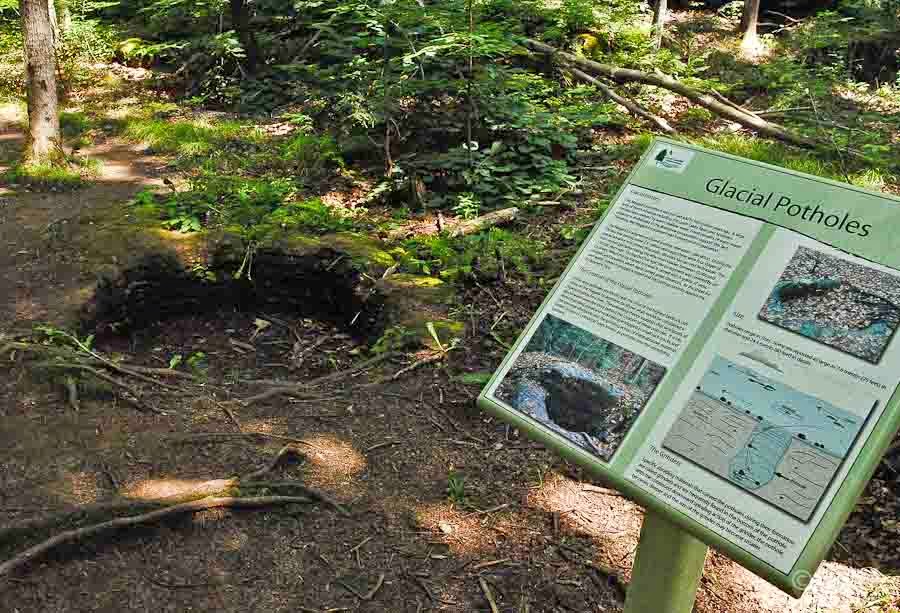 We quickly found the potholes, with the interpretive sign. 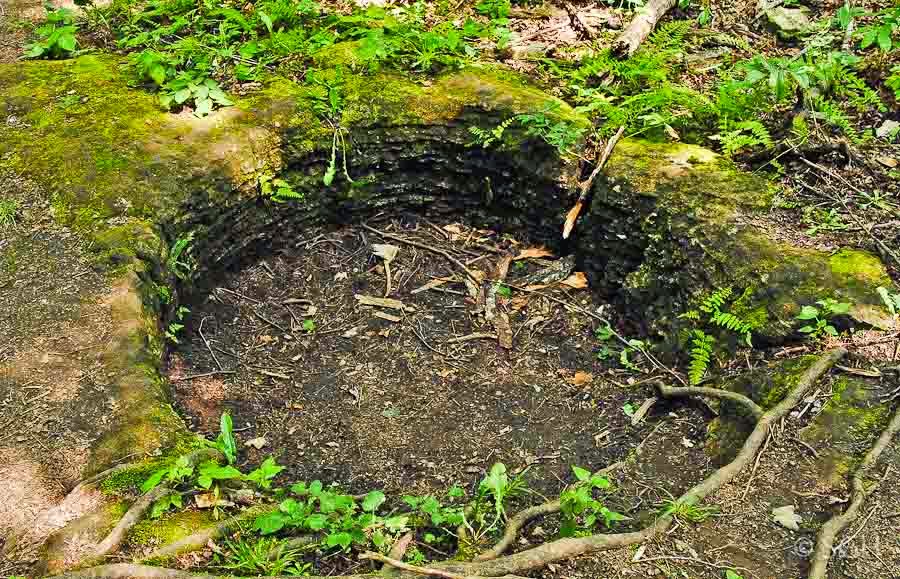 This pothole was about 4 feet across, and 18" deep in the bedrock.  Remarkably round, isn't it!  There were close to a dozen other potholes, either complete circles or partial circles, as large as nearly 10 feet across. 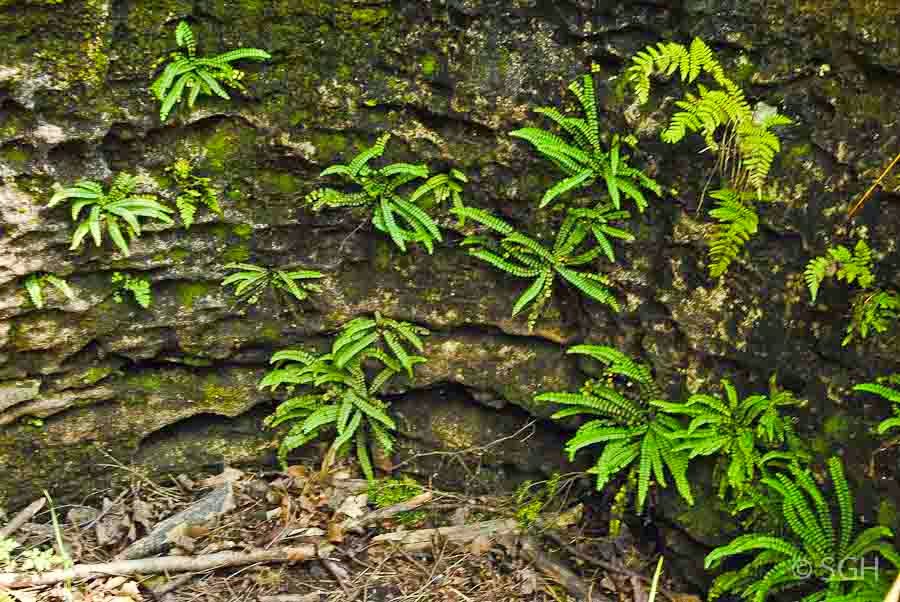 Maidenhair Fern growing on the vertical rock wall of a pothole.  They survive with roots in the tiniest crevices you can imagine. 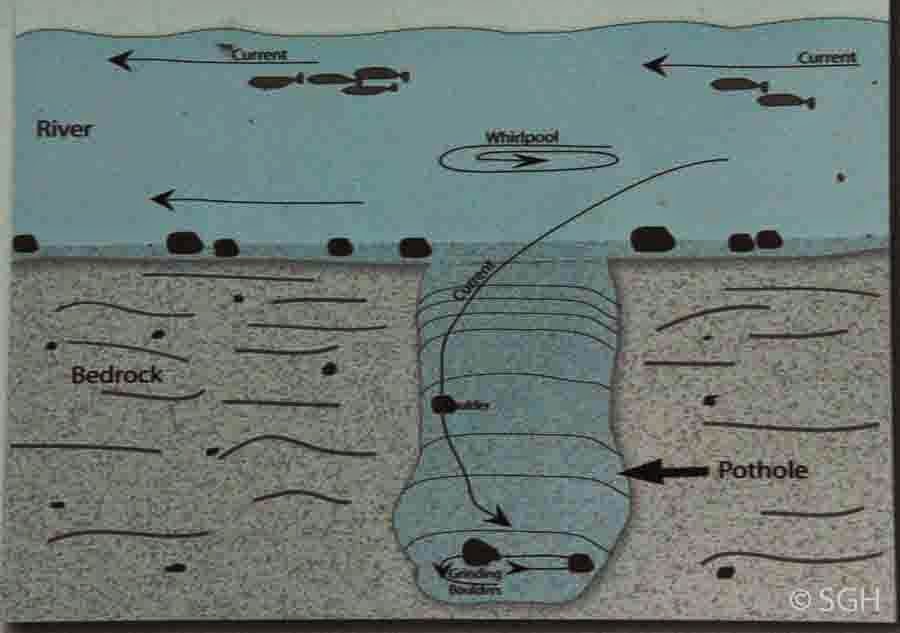 The sign had a good explanation of how these were formed in the post-glacial period, by smaller rocks wearing deep holes in softer parts of the bedrock.  This means of course that there was a major river flowing here, much larger than today's Sydenham River which forms the falls. 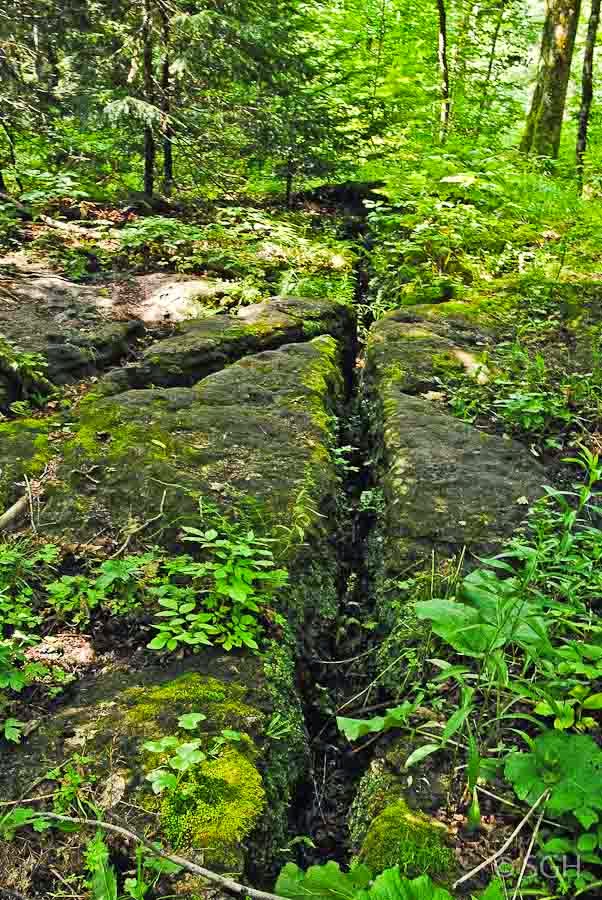 As well as potholes, there were narrow crevices in the limestone here, so you had to be careful walking.  Of course for a four-year old these provided a perfect obstacle for jumping over. 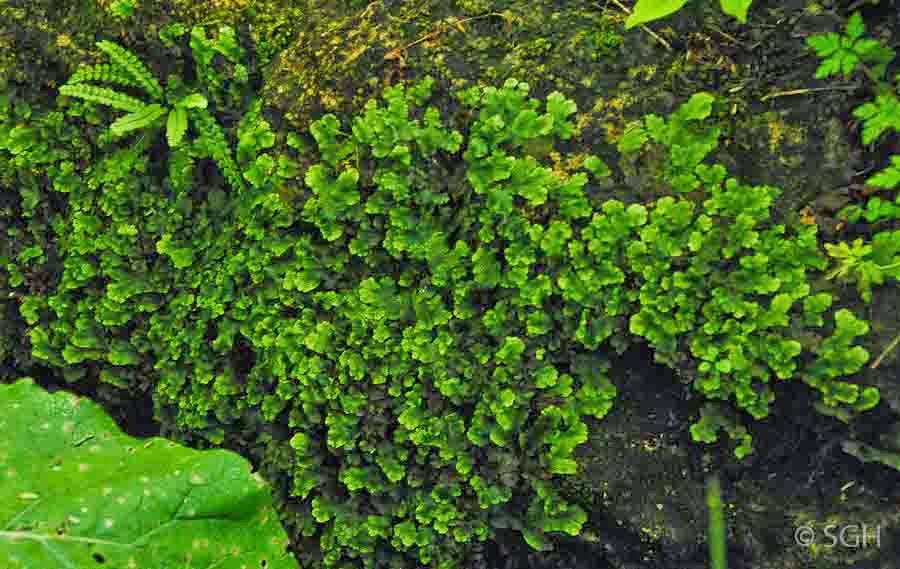 There were patches of Liverwort in the crevices as well, growing in the cooler and damper than normal habitat. 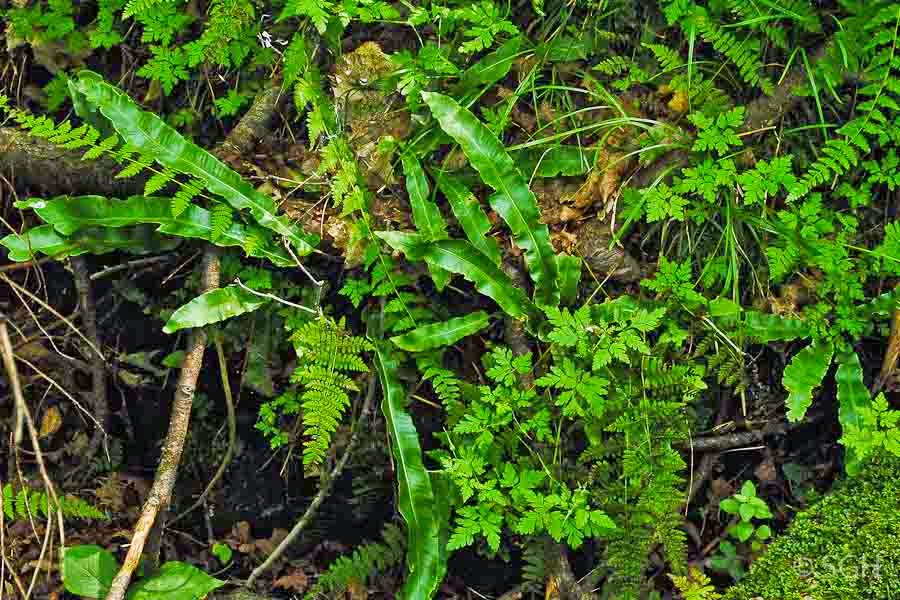 And a few of the rare Hart's Tongue Fern.  You can find quite a bit of this rare fern in the woods here, as well as in the gorge below the falls. 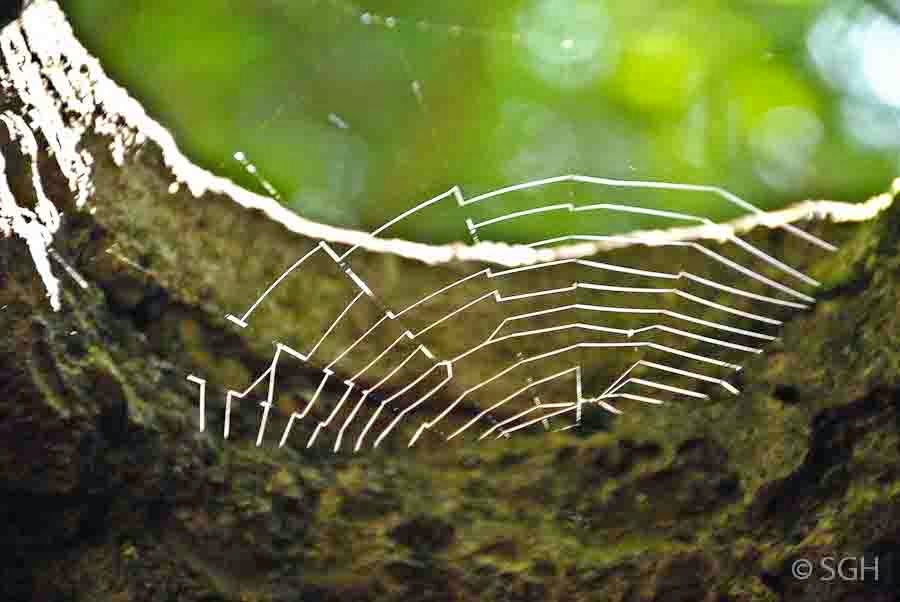 As we left, we spotted an old root cellar with an intact roof which I had never seen before.  Our daughter looked inside, up through a round ventilation hole, and spotted this neat spiderweb.  Not quite in focus, but neat never-the-less.

Hope you all have a great weekend.
Posted by The Furry Gnome at 8:44 PM