Colour in the Garden

As we pass the mid-point of summer, the colour in our garden is just spectacular.  The peak of colour does seem to mark the mid-summer season, with a lot of different flowers in bloom.  Now that we've adopted a more ruthless attitude to thinning things out, the colour seems to stand out more too. 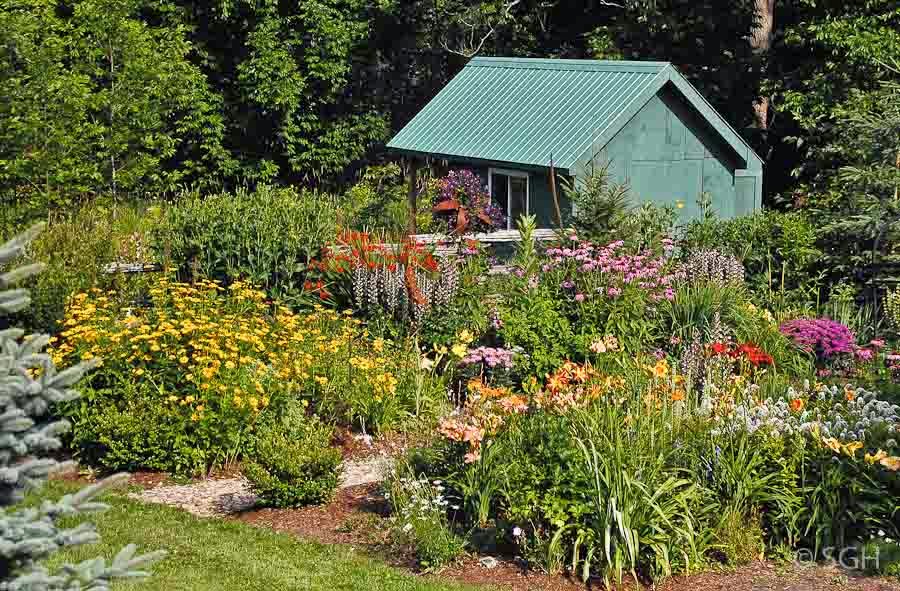 This is the view from our deck that marks mid-summer in the main part of the garden. 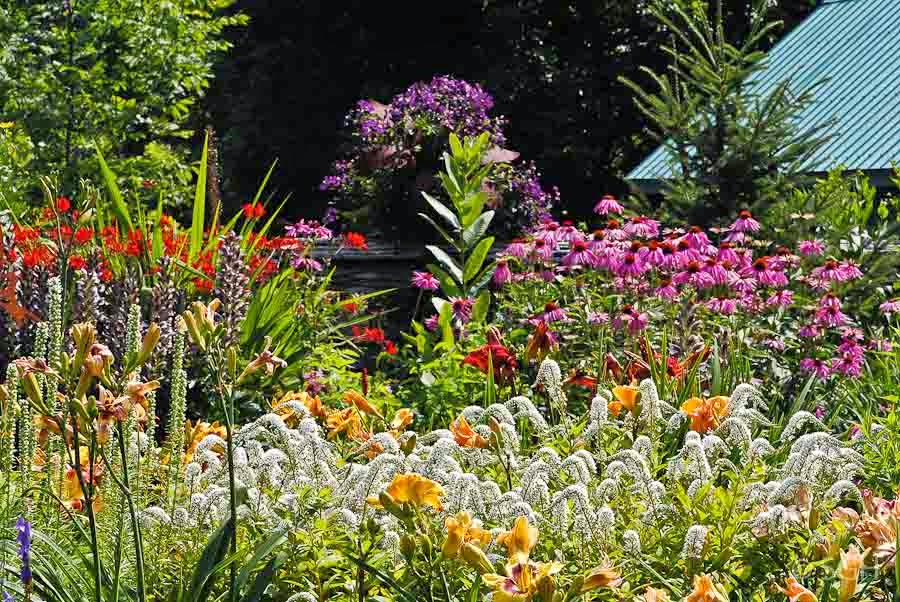 Here you can see the red Crocosmia and deep pink Coneflowers and a purple Clematis behind some daylilies and the white Gooseneck Loosestrife.  Note the one tall Milkweed we've left in the hope of Monarchs. 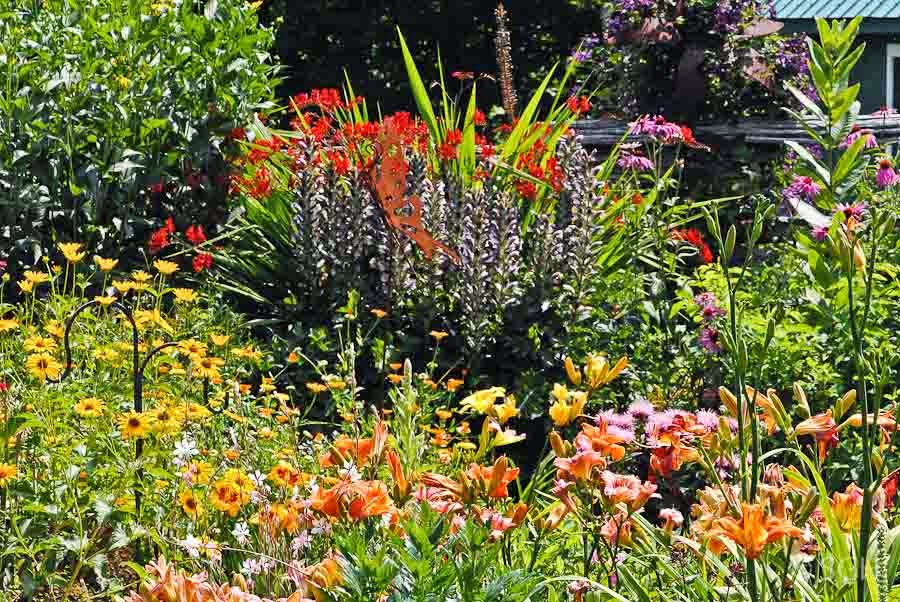 This picture features several daylilies in front of the Crocosmia again, and Bear's Breeches, the narrow spiky plant in front of it. 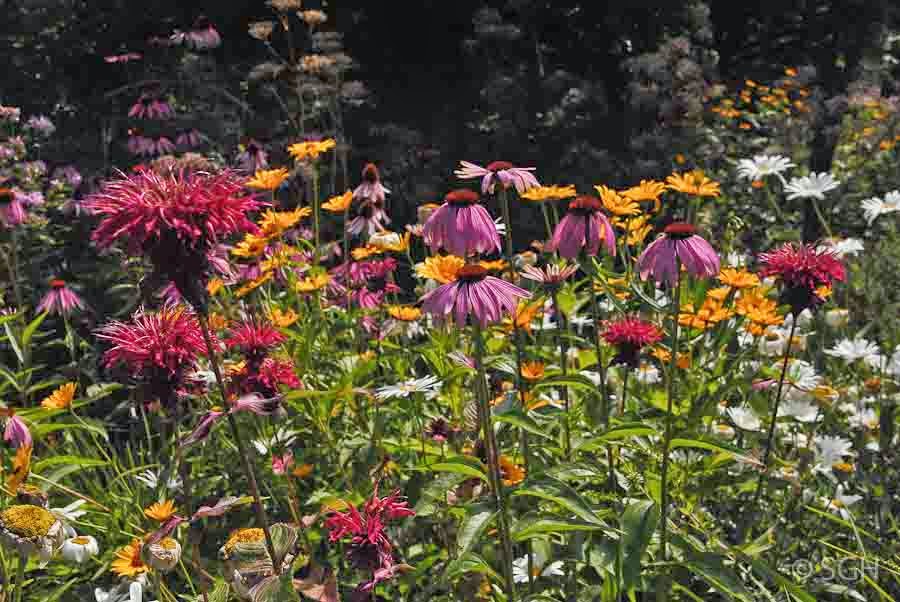 In another part of the garden red Monarda, pink Coneflowers, white Daisies and yellow False Sunflowers mix together. We used to think this part of the garden was poorly organized; now we just think it's a beautiful mixture of colours! 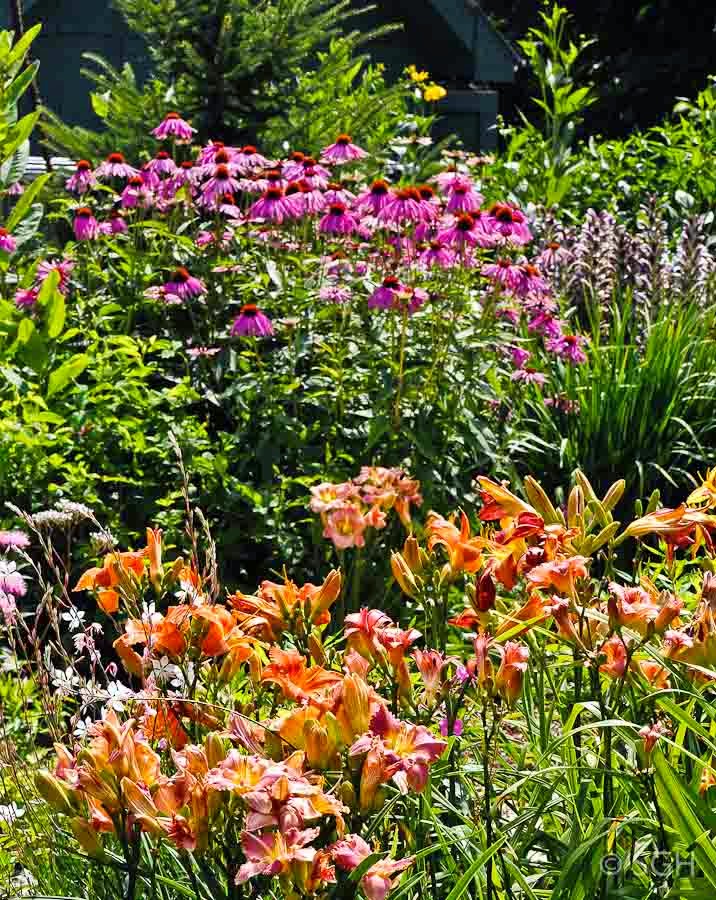 Here are a number of interesting (mostly orange) daylilies in front of the taller Coneflowers, some Bear's Breeches in the background on the right. 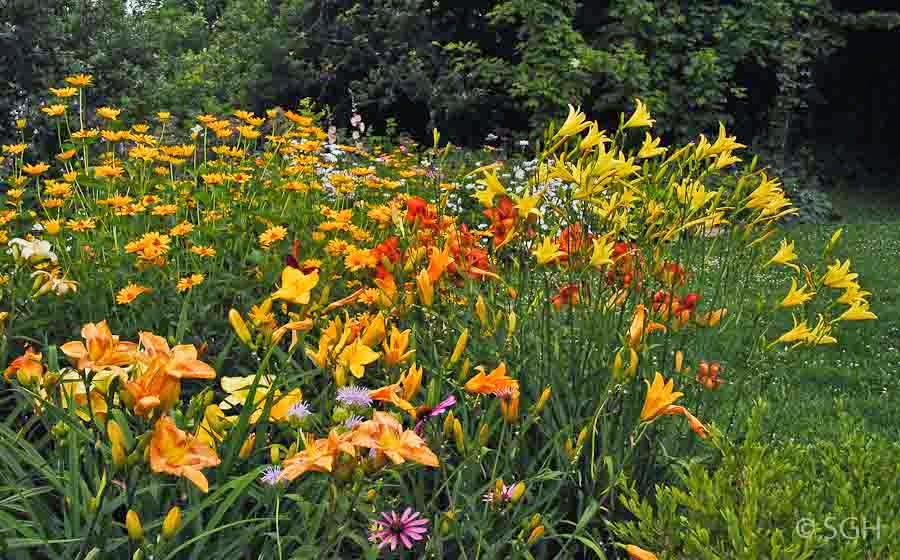 Mostly a mixture of daylilies, nearly 10 varieties if you could count them. 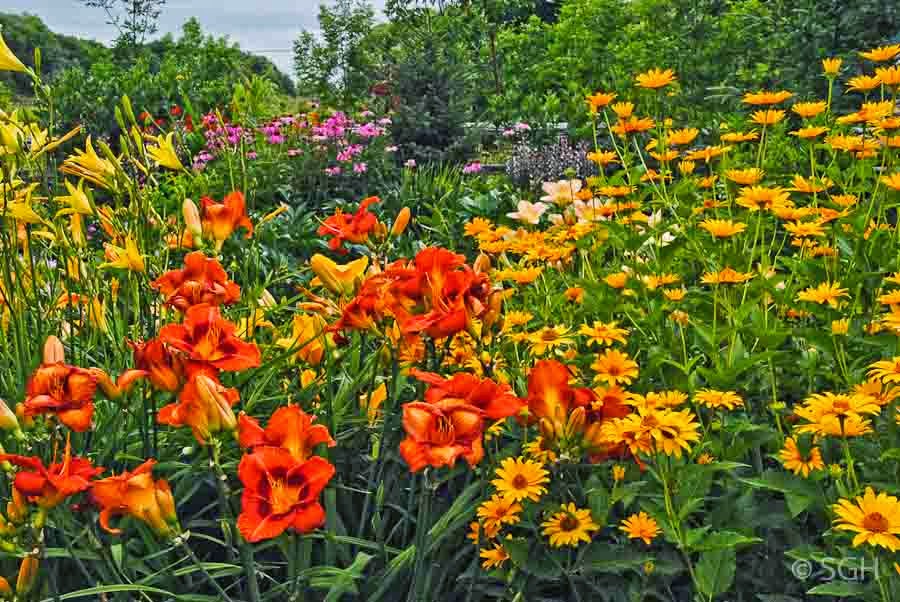 My favourite daylilies, Saugeen Sunrise, with a patch of False Sunflowers. 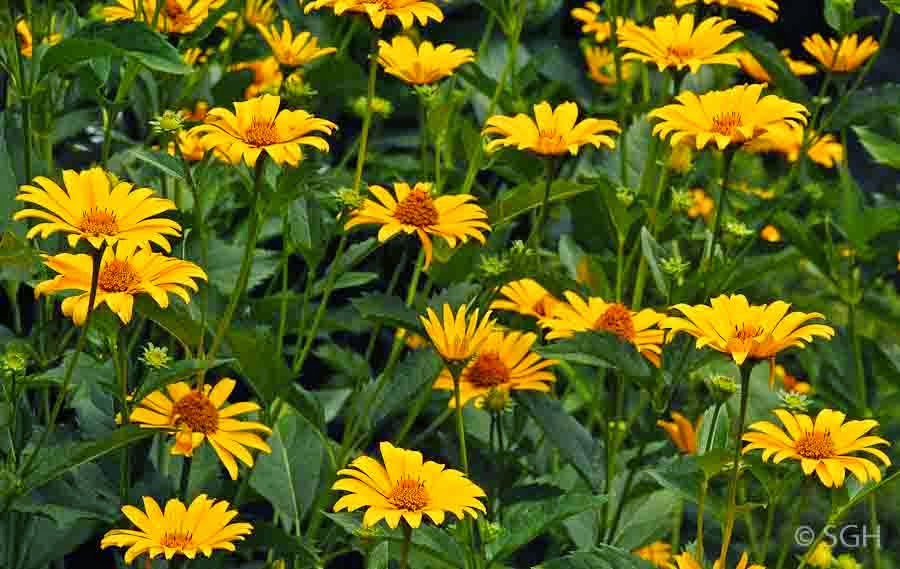 There are a lot of different flowers behind all the colours in these photos.  Dominant it seems are the False Sunflowers, a hardy flower which spreads readily, and is going to get weeded out a little before next year! 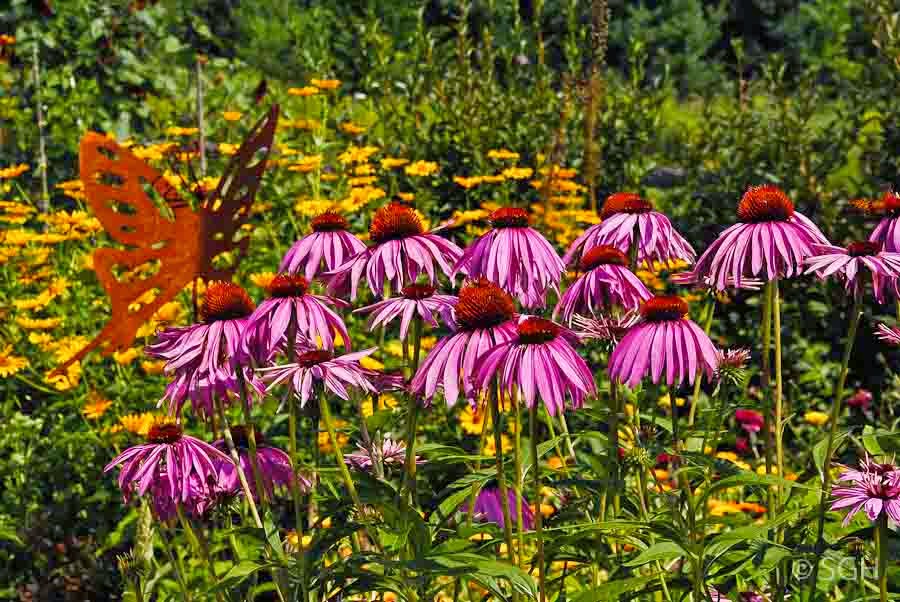 The Coneflowers also spread, growing in new locations, while the original patches get larger. 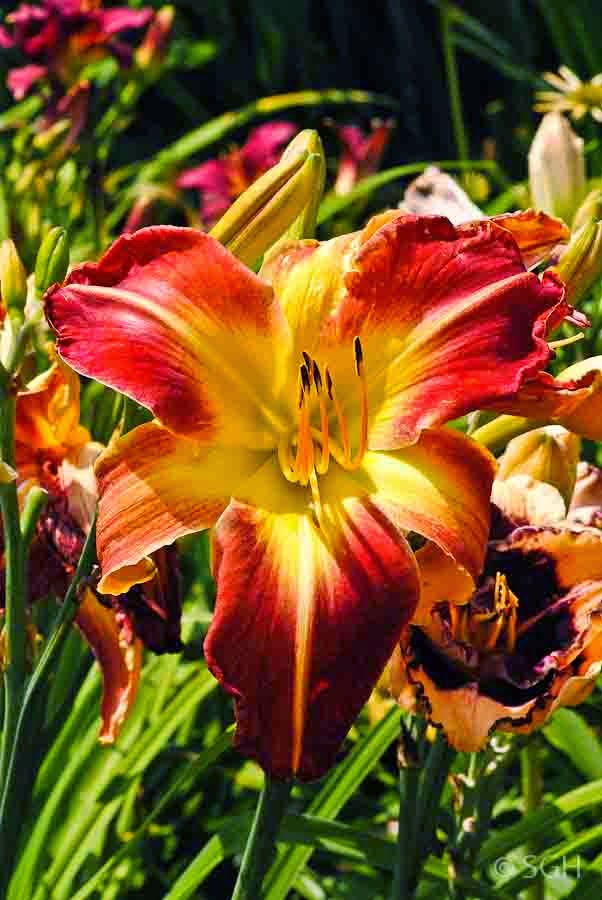 And there are 3 or 4 dozen varieties of daylilies altogether, mostly blooming through July into mid or late August.  I like the bright ones!


And that's our garden in mid-summer.
Linking to: