We had a really nice visit with two of the three horses for a few moments.  They seemed a little shy, but then they probably hadn't had much human contact for awhile.  Once they came over they were sniffing around to see if either of us had treats hidden in my camera, on our snowshoes, or in our jackets. 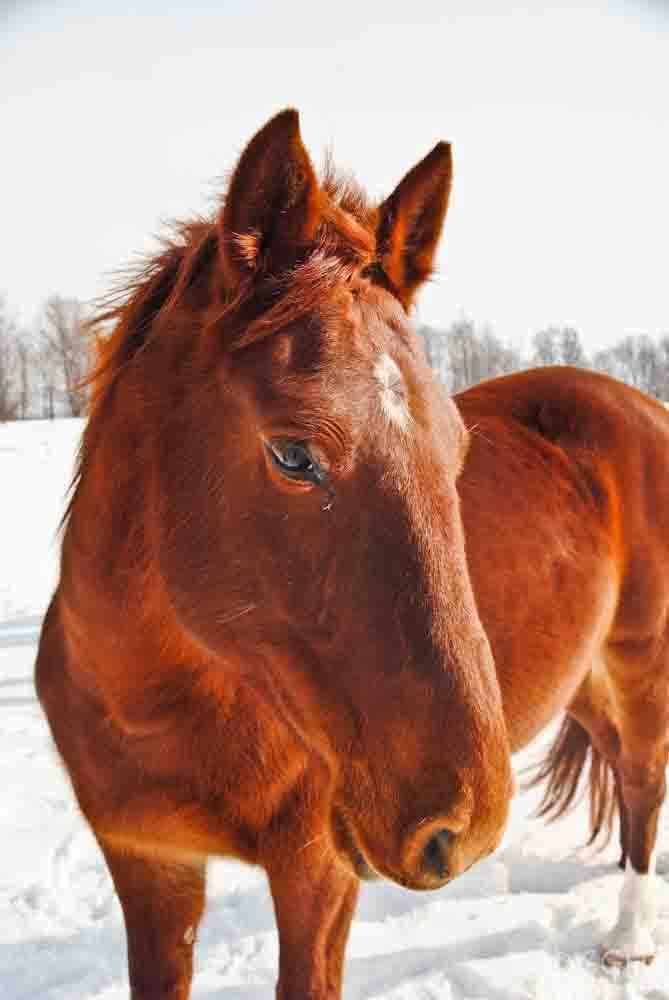 I have some friends who keep horses; I think I'll have to make some excuses to visit them, maybe even ask if I can go riding - or take some more pictures. 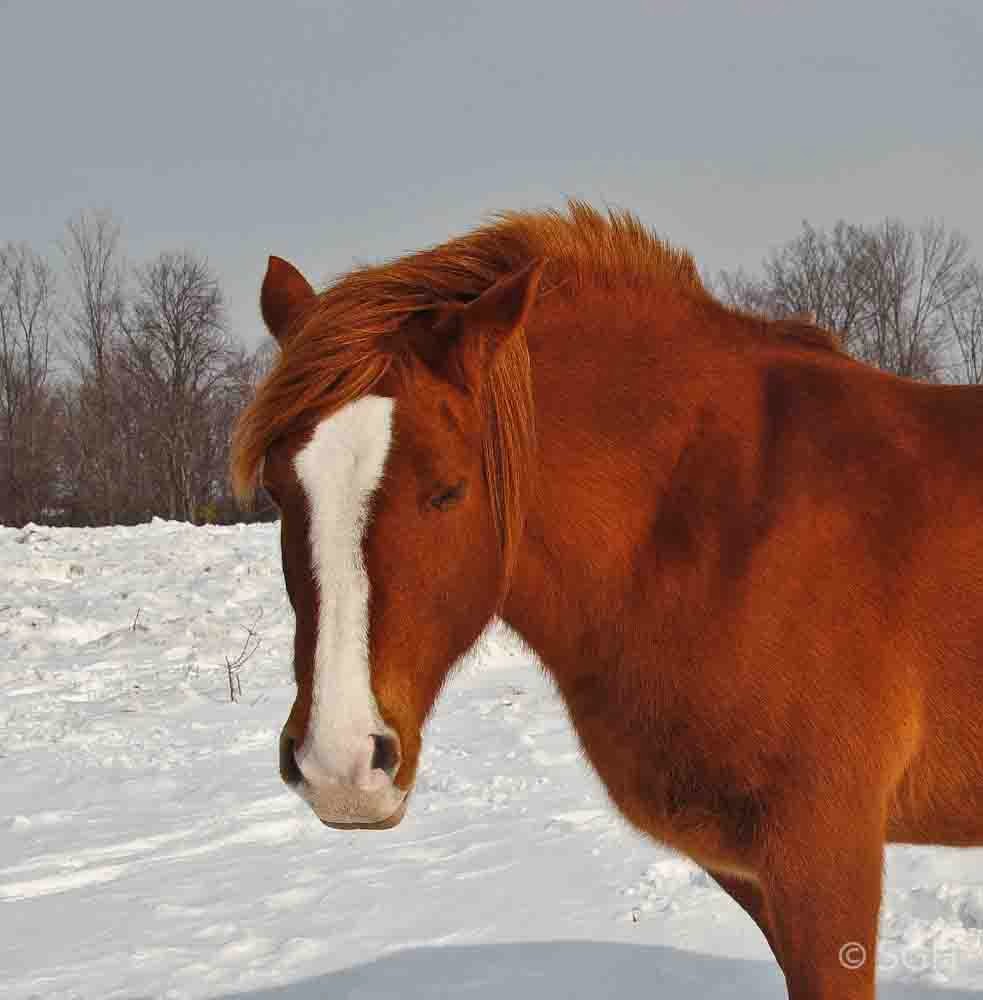 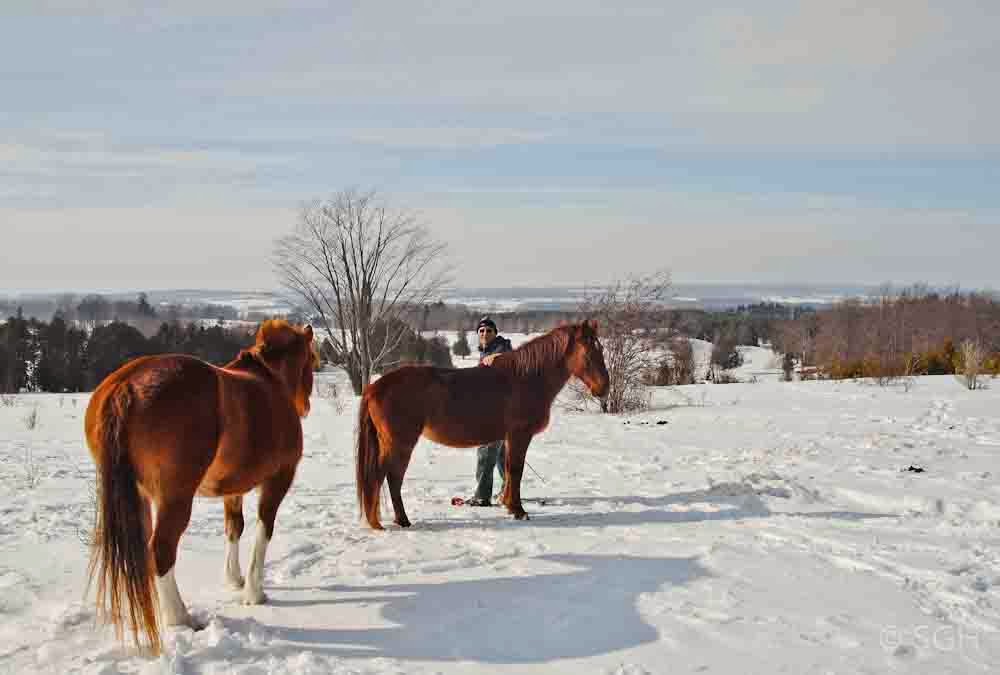 Finally we said good-bye to the horses, here overlooking that nice valley of the Bighead River, and headed back down the slope, into the woods. 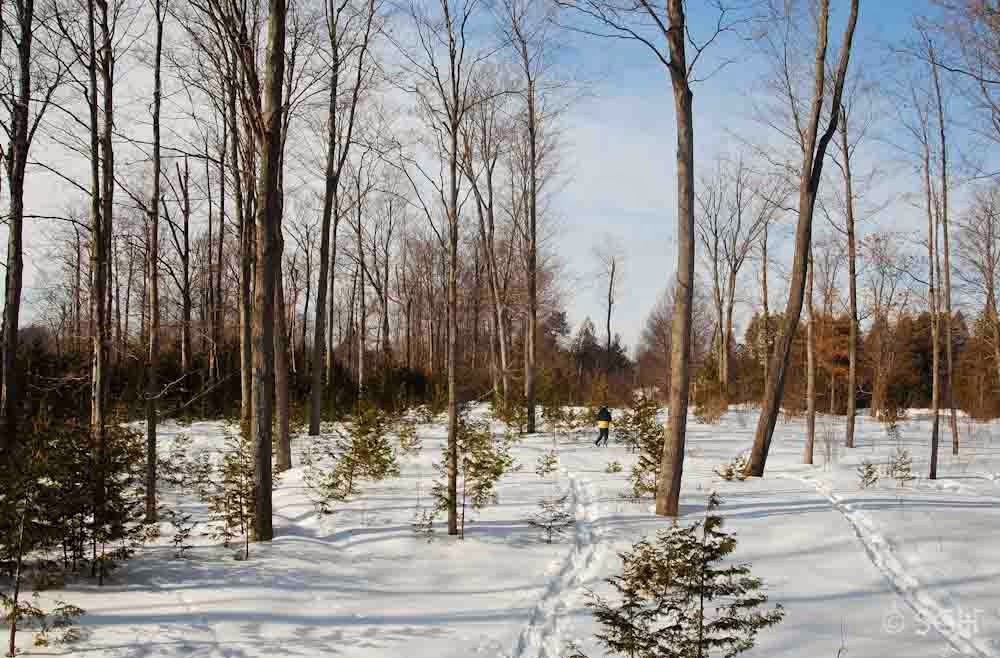 This little bit of woods wasn't much.  It was originally a patch of sugar maple, but it had been logged much too heavily a few years ago, and now the canopy is so open that cedar are moving in as a new understory.  Over time these will squeeze out any maple saplings, the last maples will probably be cut for firewood or logs, and the resulting cedar bush will be much less valuable than the original maple forest.  I've never seen an example where over-harvesting was changing the composition of the trees so clearly. 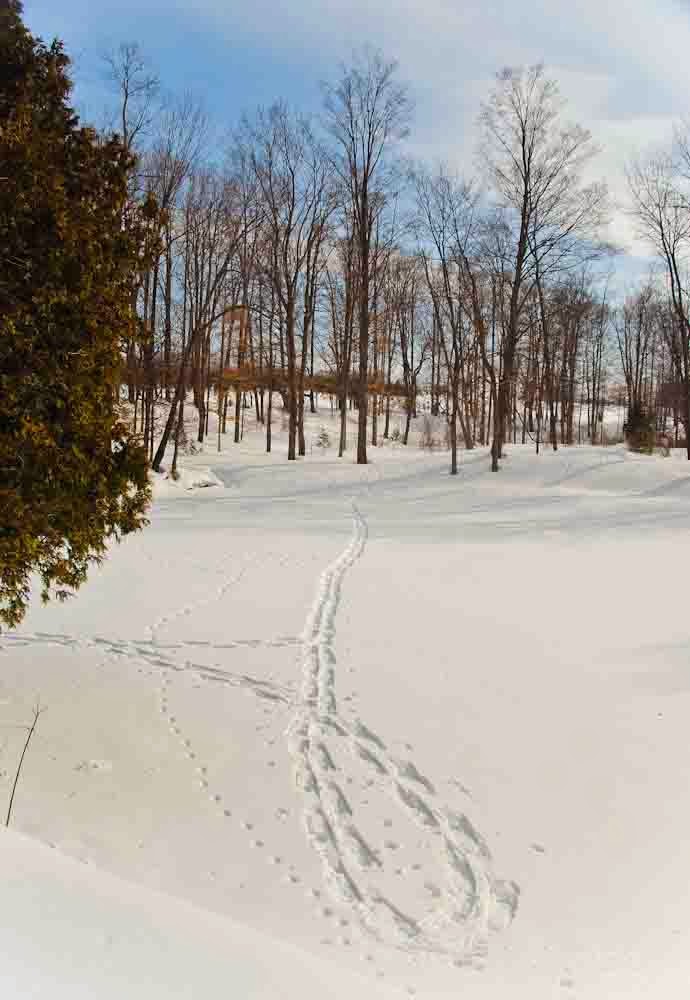 We snowshoed across the river at a spot where the water is deep and still, knowing it would be solidly frozen, though we couldn't get up the steep banks and had to go a little further to move on.  We think those were fox tracks beside our snowshoe tracks. 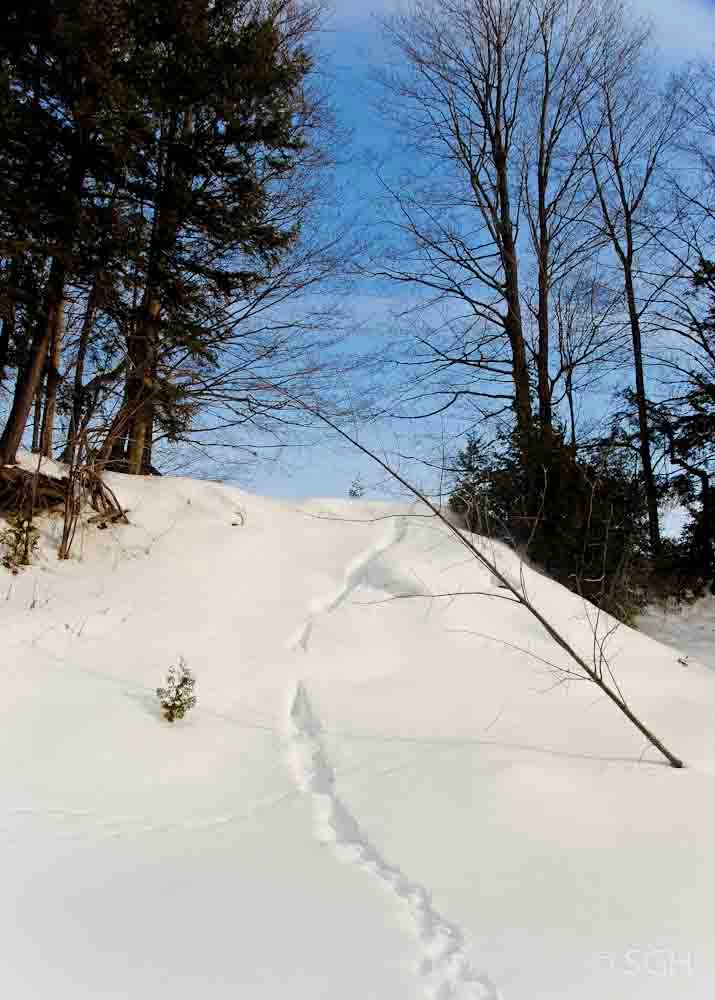 And around the corner we found this interesting track bounding down the riverbank onto the ice.  After a close look, we decided it was probably an otter.  There was a hole in the ice into the water beneath nearby. 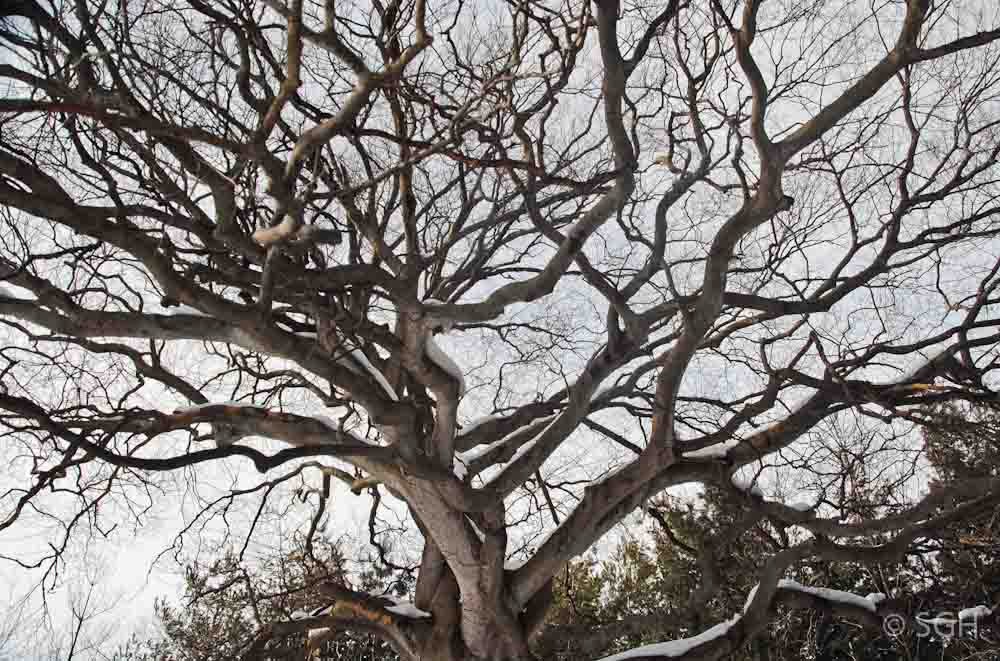 We finished up with a short walk through a small patch of bush on my friend's land, where I was struck by this enormous old beech tree.  Unfortunately we are losing many of our old beech to the beech scale disease, but all the twisted branches in the crown of this old tree were amazing.