I've just returned from a cross-country ski expedition with friends to Peninsula Lake, near Algonquin Park a little further north in Ontario, for 3 days.  Although it was a tad chilly (!!) we had three beautiful sunny winter days, so I got lots of pictures. 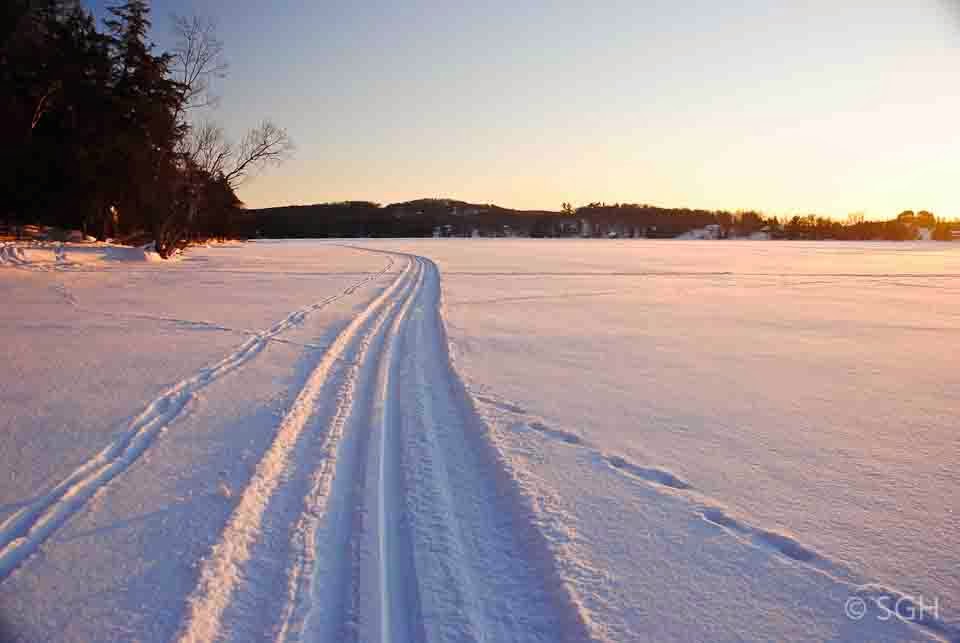 We didn't get there til late on Tuesday, and there was a bit of a wind chill, so we waited til late afternoon to head out.  This is the great track-set trail on the lake, as the sun is setting. 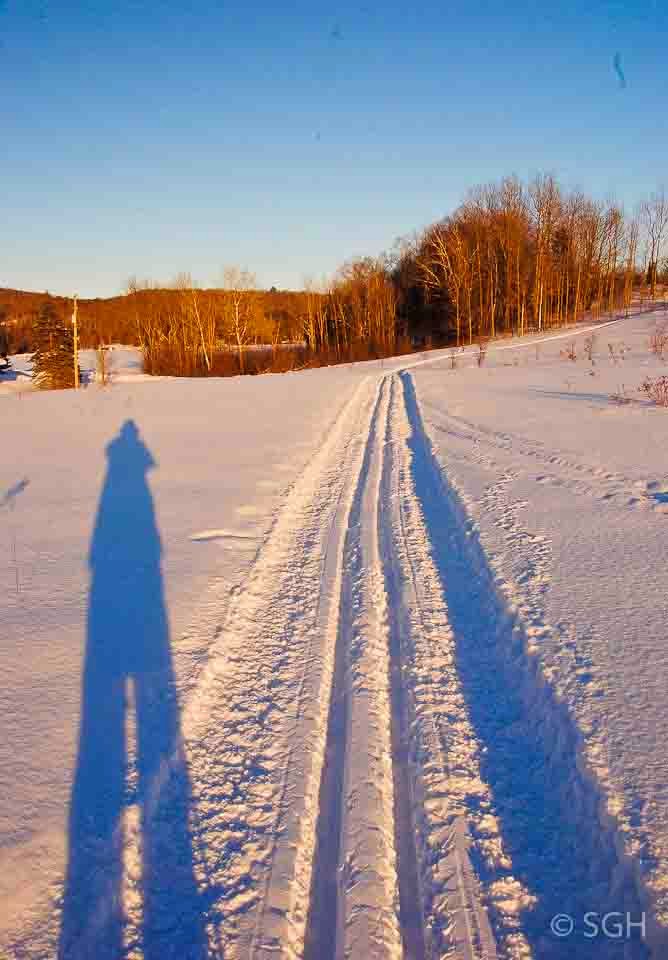 I actually headed out back across the meadow first, to avoid the wind chill, and got some interesting pictures.  This one is just to prove I was actually there! 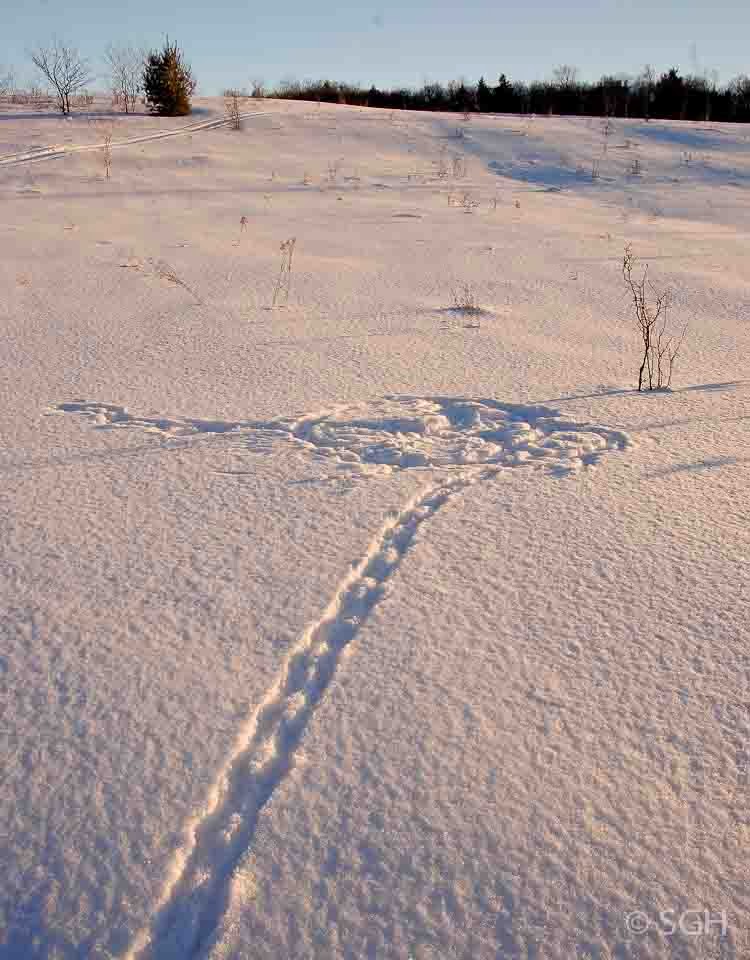 I came across this intriguing set of tracks, looking a little like a spaceship had landed in the snow, except for the one set of tracks leading in and out of the circle - reminded me of a tiny crop circle! 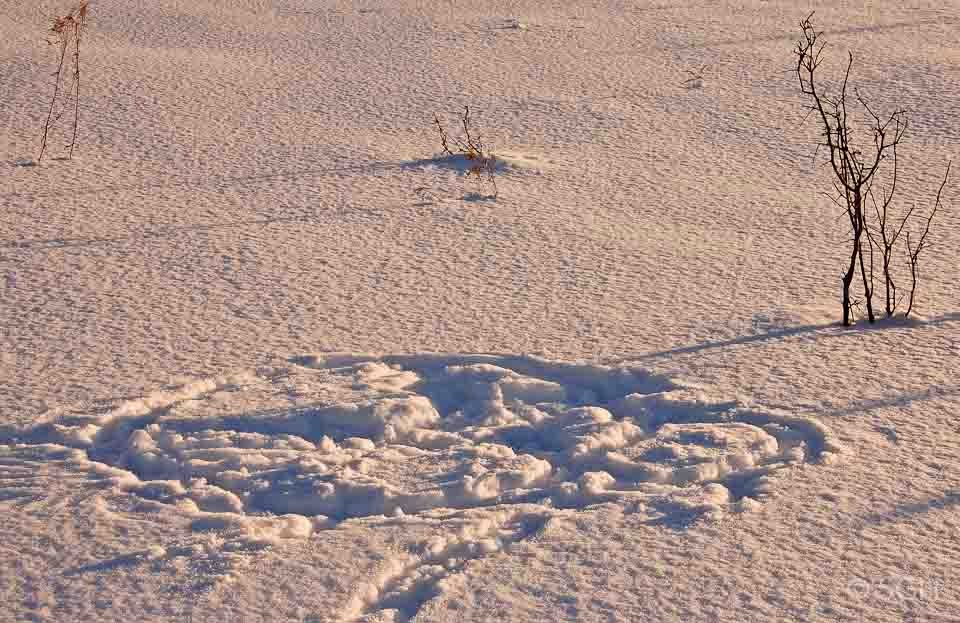 My only guess is that a squirrel left these tracks, perhaps hunting for some nuts it had buried in the fall, but now facing 18" of snow to dig through. 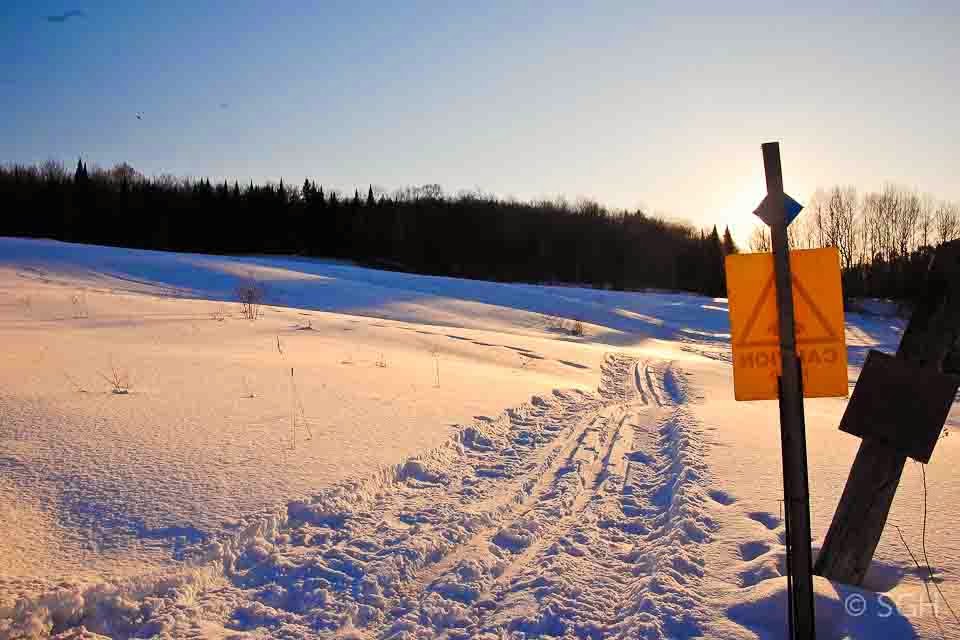 The sun was setting though, so I turned around and headed for the lake.  It helped that the wind died down.  I got this picture straight into the sun by hiding the sun behind the little trail maker sign. 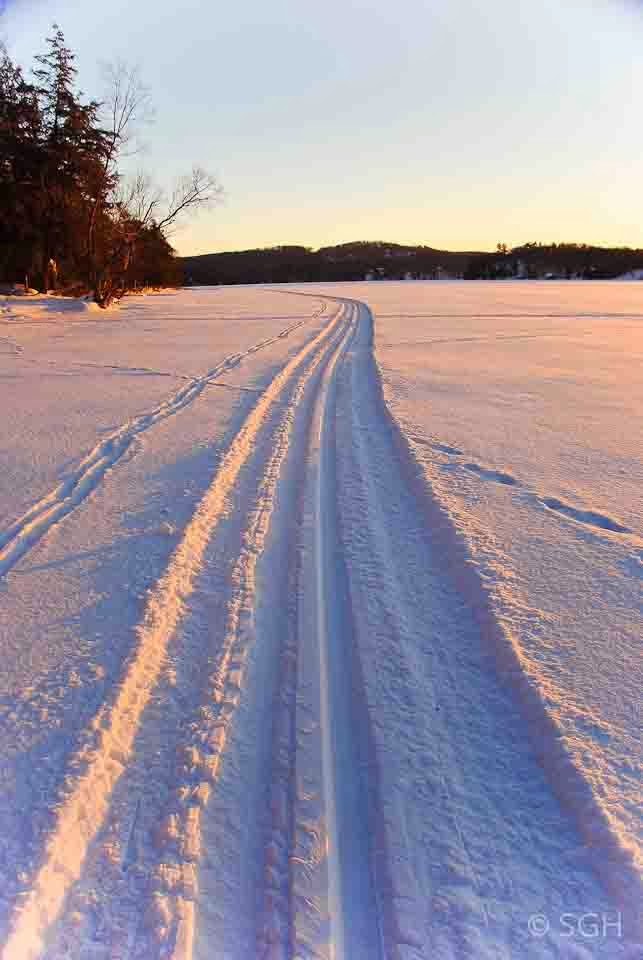 I headed out on the lake on the beautiful trails, just track-set in fresh snow that morning and skiid a loop around the north bay of the lake.  Peninsula ('Pen') Lake is a popular cottaging lake in the summer, but at this time of year only a few diehard skiers and snowmobilers are around. 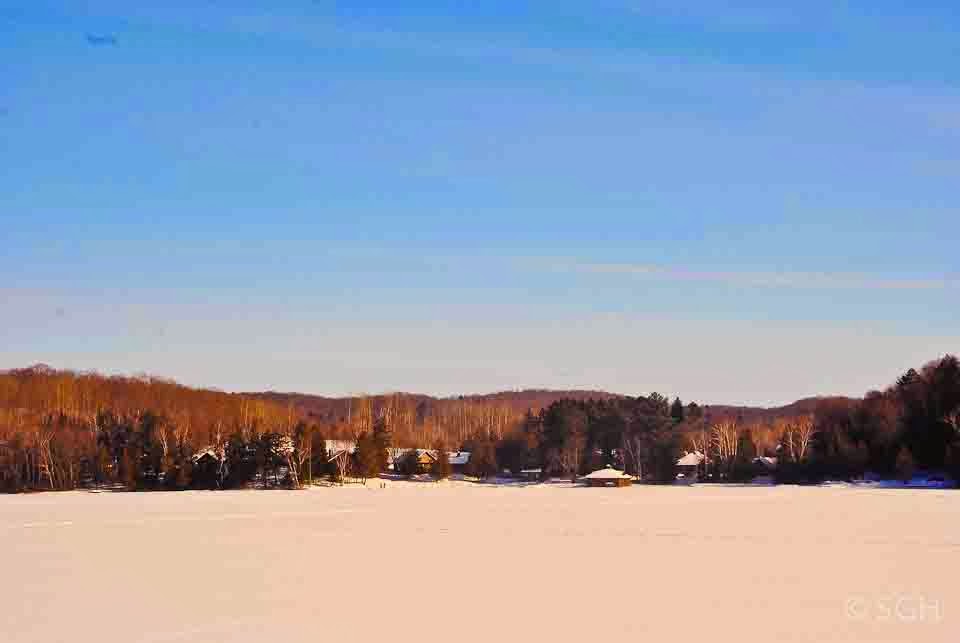 This is Cedargrove Lodge from the middle of the lake; our cabin is the 3rd roof from the left.  I actually holidayed on Pen Lake as a young child, but I'm not telling you how many decades ago that was! 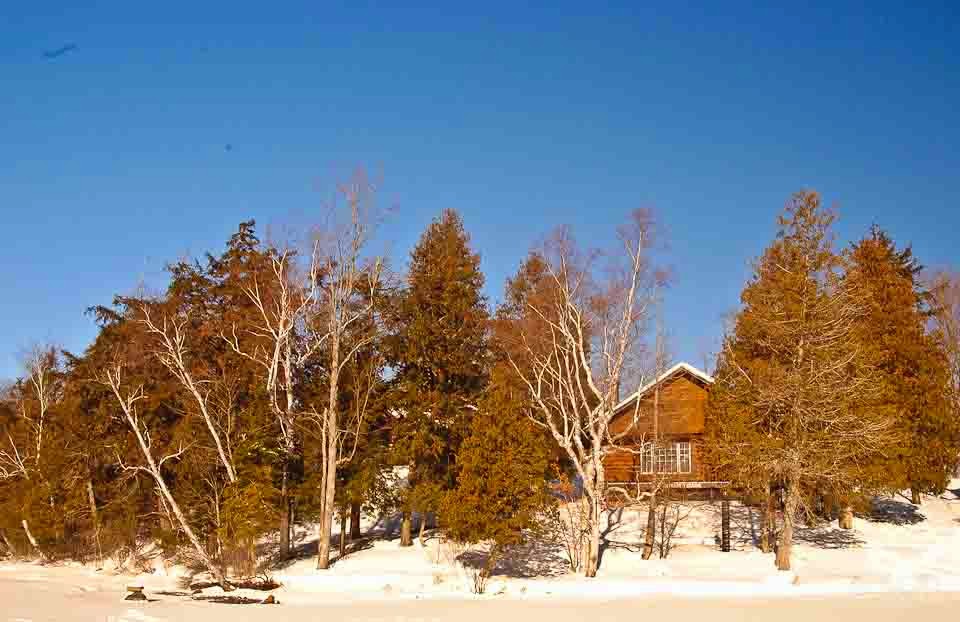 This was the cabin I stayed in with my skiing buddies,   You can see the clear skies we had, so I have lots of pictures to share over the next few days.